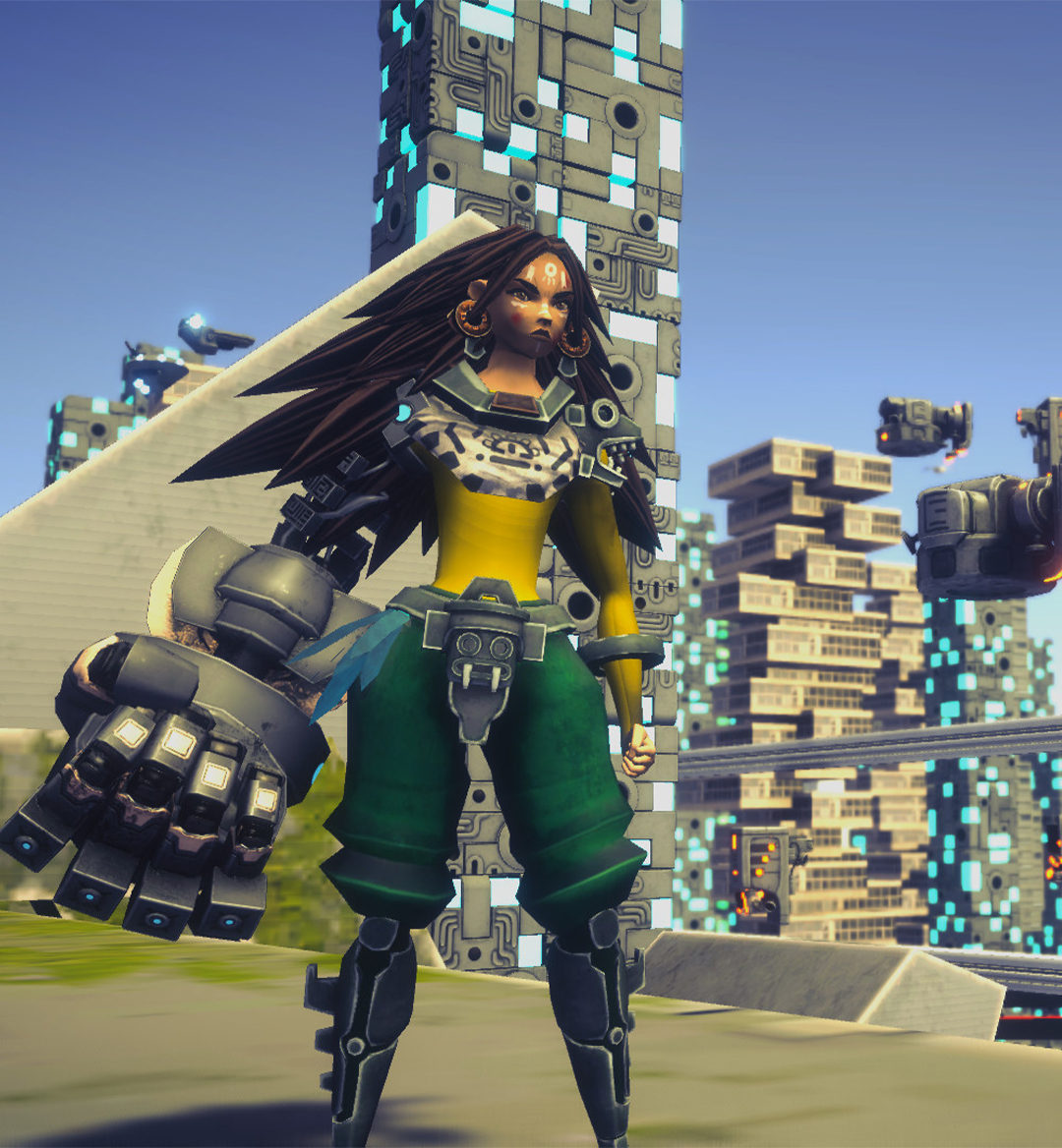 You don't really come across a whole lotta games these days that harken back to the age of the long-lost Aztec Empire. It's especially rare when a game with that description mashes up that historic time period with a future tech theme. The game I'm alluding to is one of the more prominent indie projects of 2022, Aztech Forgotten Gods. This comfortably brief action/adventure foray sounds great in concept, but its actual execution in several key areas definitely left me wanting more.

The overall aesthetic of Aztech Forgotten Gods deserves the most applause. I couldn't help but stand still for a couple of seconds to take in the dazzling sights of the city around me. While it's clear that the indie development team behind the game didn't have a huge budget to work with, I still have to celebrate them for fully realizing their mashup of an Aztec kingdom ruled by the far-flung advances of the future. The main character Achtli and the enormous bosses she contends with all look pretty cool in their own way as well. The game's graphics aren't super photorealistic or all that mind-blowing, but its choice in art style is still worthy of praise.

Plot-wise, Aztech Forgotten Gods is solid in that respect. The dialogue shared between Achtli and her mother, best buddy, and the mythical being attached to her spirit is well-written & usually filled with some genuinely funny quips from time to time. But I gotta admit - the cutscenes tend to run a bit too long for my tastes. I eventually fell into a rhythm where I'd explore the city for a bit, complete some random side tasks along the way, and beat up some baddies before I'd get bogged down by a talking segment that was filled with way too much exposition. There were some highly emotional moments to enjoy here and there, but they were usually wedged in between uncomfortably prolonged plot developments.

I fully expected to run into this game and encounter the same sort of gameplay style that Shadow of the Colossus popularized, but things are a bit different here. While there are a series of potential world-ending Gods on hand to enter combat with, Achtli still has the freedom to soar through the skies and do all sorts of other tasks before she confronts them. As you unlock more upgrades for her "Lightkeeper" armament, it becomes a whole hell of a ton of fun to use them to improve Achtli's level of maneuverability. However, the city you'll zip around is pretty empty all things considered. There's a minuscule amount of NPCs walking around and most of the buildings blend into each other the longer you explore. It became redundant to keep combing through every corner of the map after a while since there wasn't much to see or do (the side missions all boil down to beating up waves of enemies in record time and competing in races, sadly).

One of the weakest aspects of Aztech Forgotten Gods happens to be the one that should have catapulted this game from average to good - the combat itself. Achtli's huge mechanized arm looks cool, but using it in battle means you'll be treated to some uninteresting clashes with smaller & larger foes. The act of punching becomes super repetitive since Achtli's combo strings never change, plus the basic enemies don't give you any sort of challenge whatsoever. The boss encounters come off as epic at the start as your ears are treated to a badass metal tune while you do battle within an enclosed arena. But each boss battle feels more like a chore instead of a rewarding endeavor - once you find out the main trick to defeating each one, you'll fall into a tired pattern of exposing its weak point and repeatedly punching it while boredom sets in. My patience ran extra-low during one particular boss battle where you had to run through the same room over and over before you even had a chance to whittle down its health during far too short confrontations. 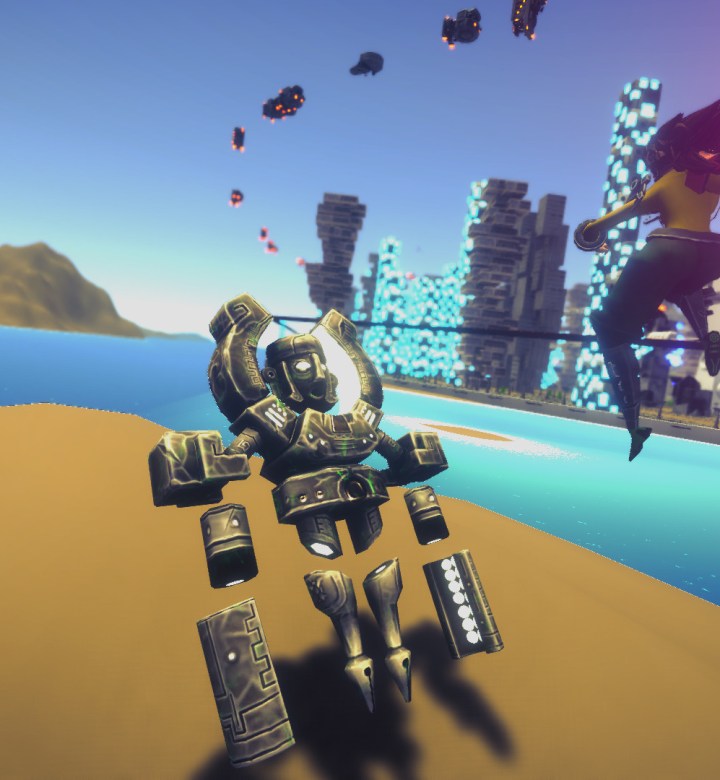 I truly wanted to embrace this indie game because of its trippy setting and art style, plus its cast of characters is highly endearing. But the empty hub world, uninspired combat, and the overly tedious boss fight structure kept me from loving it as much as I wanted to. Aztech Forgotten Gods certainly has an inspired concept - it's just deflating once you realize its gameplay simply doesn't hold up its end of the bargain.