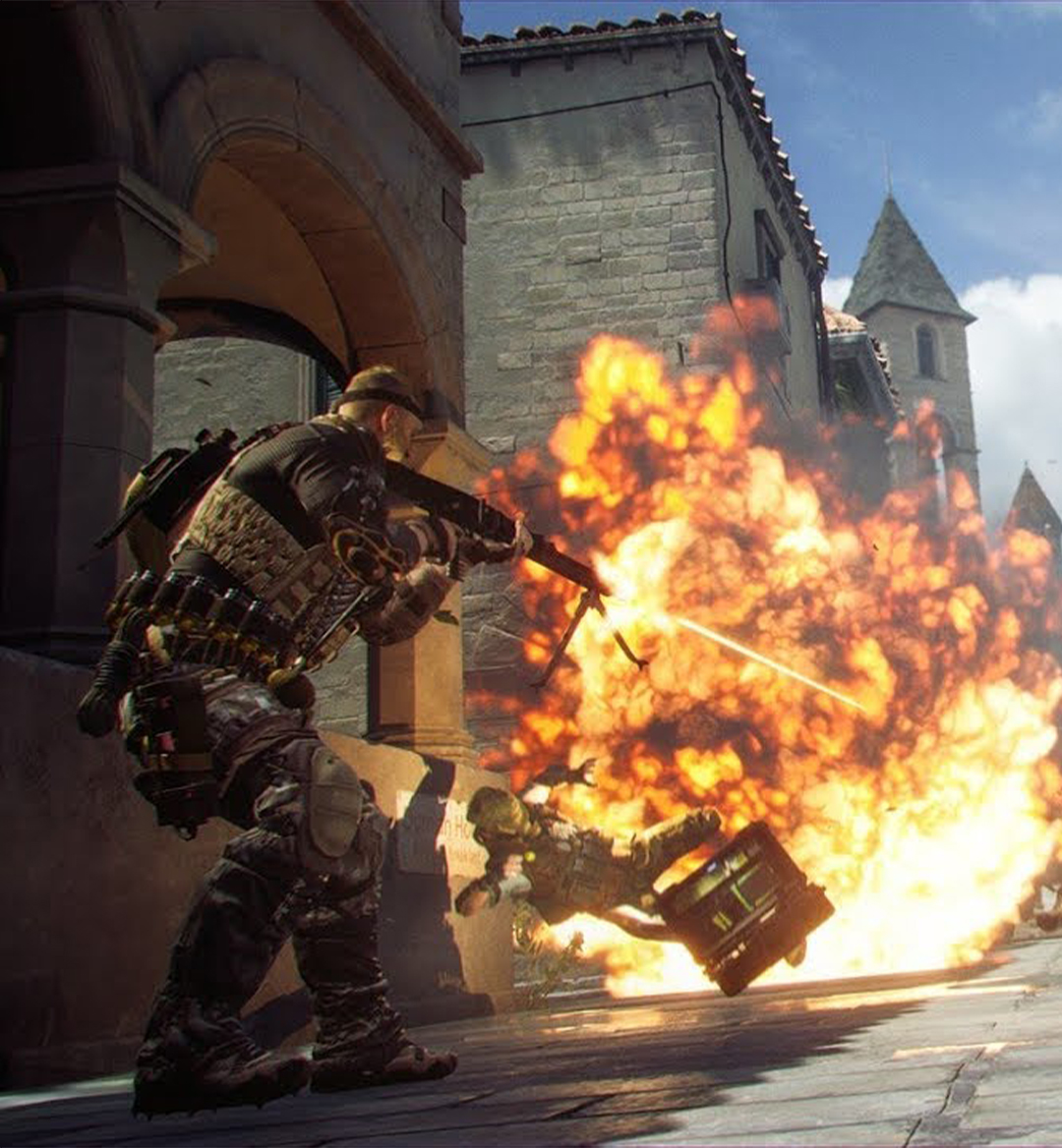 Upon first glance, I had high hopes for CrossfireX. As an old-school arena shooter type of guy, I looked forward to hopping into a new multiplayer FPS that incorporated the best aspects of Call of Duty and Counter-Strike.

Once Remedy Entertainment was brought on board to flesh out the game's single-player portion, I grew even more excited to delve into everything Smilegate's prized IP had to offer. Seeing as how it's amassed one of the largest player bases of all time due to its immense popularity in China and South Korea, it was easy for me to get caught up in the hype surrounding the game's home console port in American territories. After finally experiencing Crossfire X for myself, I came away with feelings of serious disappointment and pure dissatisfaction.

CrossfireX feels like a relic of the past. It looks and plays like one of those Wal-Mart bargain bin games that your mom mistakenly picked out for you for Christmas because she couldn't quite remember the FPS you actually requested. Not only does it feel the complete opposite of modern, but Crossfire X also feels like a wholly unfinished product that needed a lot more time in the oven.

CrossfireX's multiplayer suite sounds promising at first - it's split up into two playstyles that feature their own signature modes. Modern offers up sprinting and aiming down the sights as you play across Search & Destroy, Point Capture, and Escort (which is unavailable at launch for some strange reason...). Classic sticks to a more tactical feel by excluding faster movement and careful aiming - it comes with the modes Search & Destroy, Spectre, Team Deathmatch, and Nano. As soon as you load up into a match across either mode, however, the cracks quickly begin to show.

First off, the graphics and audio are shockingly unimpressive. The maps themselves lack any sort of detail, the soldiers themselves look like they've been pulled straight out of your run-of-the-mill mobile military FPS, and the guns themselves all sound the same. I couldn't help but feel as if this game would have been better suited on a mobile phone/tablet instead of an Xbox Series X - CrossfireX's cheap exterior and interior makes it fit right in with the wealth of unmemorable mobile FPS games littered across the app stores on your mobile device of choice.

As for the actual modes themselves, there's little to no fun to be had within any of them. Spectre and Nano are especially egregious due to their long runtimes and insanely boring approaches to victory. Running around as an invisible assassin should make you feel like a total badass - instead, you feel like an annoying mosquito whose combat knife maneuvers annoy more than intimidating. Nano pits you against bullet sponge monsters that can turn you into one of them in a single hit, which makes it one of the most frustrating multiplayer experiences I've ever had the displeasure of playing. Team Deathmatch is mildly entertaining for a few rounds, but it quickly grows tiresome due to CrossfireX's prominent mechanical issues. 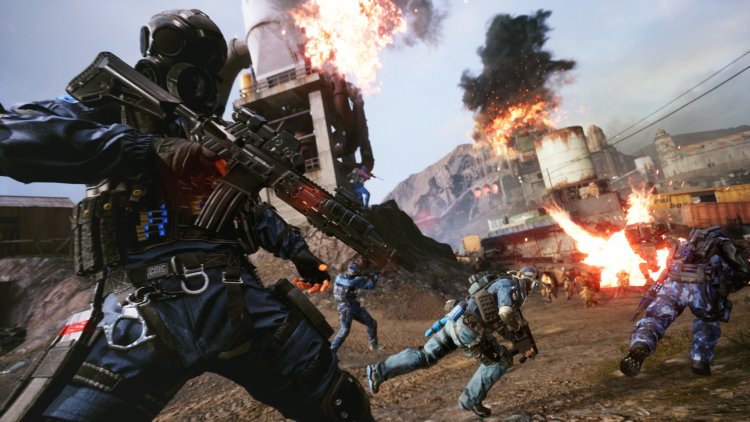 From a pure control standpoint, CrossfireX's aiming and movement feel terrible. Aiming down the sights feels less accurate when compared to firing from the hip, which shouldn't be an actual thing. Shooting as a whole jerks you aim around and has your bullets missing their target by a mile. Throwing a grenade is infuriating since your character wastes an extra second pulling out the grenade and unclipping its pin before finally flinging it across the battlefield. Even the simple act of jumping feels problematic - I had way too much of a hard time attempting to jump up on crates and higher ledges since characters can't even reach ledges that aren't that much higher than their reach. Simply put, nothing feels right as you struggle to hit your targets and quickly move across the maps in this budget shooter.

CrossfireX's whole package feels so unfinished and completely rushed out the door. The fact that each mode only lets you play a single map is confounding, plus having to download the single-player campaigns by booting up the game itself instead of being given the option to download it outside the game client is nonsensical. And when you finally hop into the two operations available to you, you'll be left feeling underwhelmed all over again. Not only are both single-player portions surprisingly short, but they also prove to be inconsequential. The characters themselves, the stories being told, and the firefights you'll find yourself in are all painfully generic. It's so upsetting to learn that Remedy, which is celebrated for its work on great single-player experiences such as Max Payne, Alan Wake, and Control, seemingly left their expertise in the field behind to churn out one of its worst campaigns to date. Once you factor in the off-putting movement and gunplay into it all, CrossfireX's single-player chapters prove to be a complete waste of time. 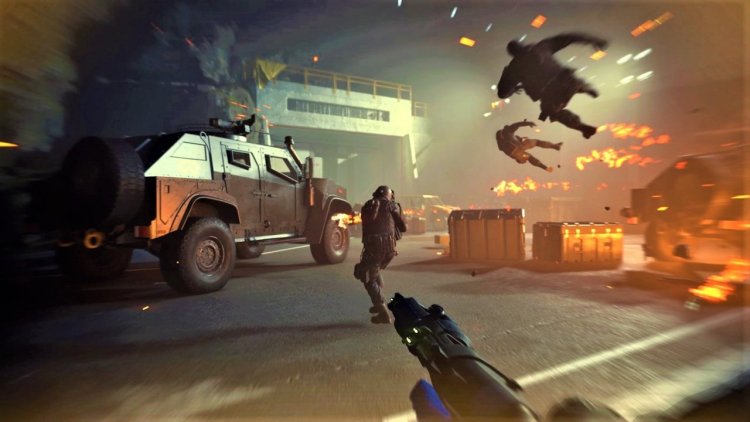 I say all that to say this - avoid CrossfireX at all costs. It's a shoddy port of a PC FPS that doesn't measure up to the juggernauts of the genre that it struggles to replicate. The visuals are no better than something that originated on Xbox 360 games, the multiplayer suite feels underdeveloped & bare-bones, and the single-player campaign clearly had no love & care put into it by the usually amazing storytellers at Remedy. You're simply better off queuing up Halo Infinite and Call of Duty to get your fast-paced arena FPS fix.