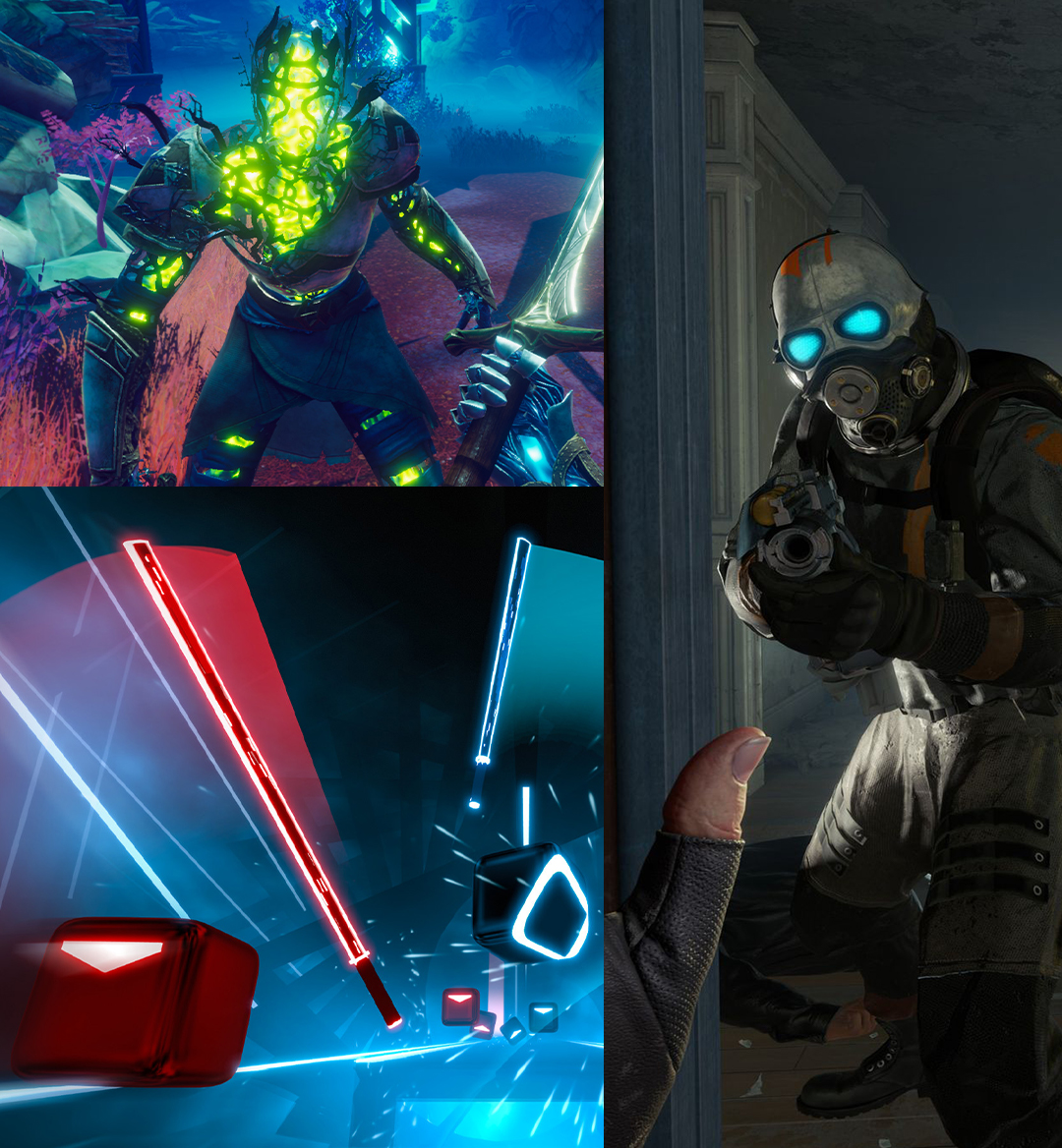 Unveiled in September of 2020 during Facebook Connect 7, the Oculus Quest 2 is a virtual reality headset that is the sequel to the VR headset that was released about a year and a half before it. It was praised for its improvements on its predecessor and is a huge step forward in VR technology. Plenty of praise is steadily given to its software library, which is why this list of the best Oculus Quest 2 games has come to fruition.

Along with the release of the new hardware, the library of content was also expanded with the release and now, we have a great bunch of games too. A little lower below, we’re going to go into the best Oculus Quest 2 game to get you going on the VR wave. But first, if you’ve been doing some light research online, you might have seen "Meta Quest 2" thrown around too and might be confused about what exactly it means if there’s any relation to the Oculus Quest 2 and more. Don’t worry because we’re going to clear that up for you too.

What’s the difference between Oculus Quest 2 and Meta Quest 2?

In short, there is literally no difference between the Oculus Quest 2 and the Meta Quest 2, other than the name. The former is what the product was initially released as and the latter is what it was rebranded as. This was of course an extension of Facebook, Inc. rebranding themselves as Meta and was purely a promotional change that saw no difference in the actual product.

This change happened in November of 2021 and by now, the switch is pretty much complete. Despite this, many people still use the more widely recognized old name. The rebrand didn’t necessarily go well with much of the public, as it meant that people immediately associated the VR headset with a brand that they may have had an unfavorable opinion of previously. 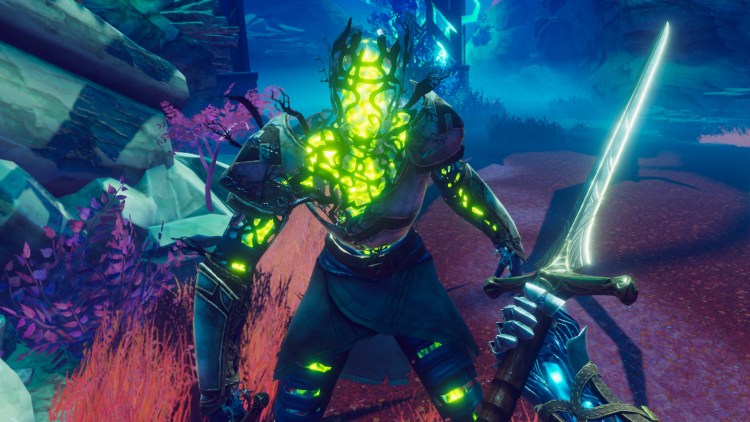 Do you love Guitar Hero? Do you love Star Wars? Then Beat Saber is exactly the game that you never even knew you wanted, but you already love. Here, the VR motion controllers are sabers and approaching you are blocks that come at you at the same speed as the beats and notes of whatever song you chose. While in Guitar Hero you hit the notes, here, you really hit them… like slice them. It’s an incredible concept that features songs from Linkin Park, Billie Eilish, and more. This absorbing rhythm game experience is hands down one of the best Oculus Quest 2 games.

If you’re already into tabletop games and dungeon crawlers specifically, then you might have already heard of this game. If you’re not, then this VR version of that genre might still be enough to bring you in and change your mind somewhat. The VR aspect makes it even more of a social gathering than any game before it and it’s well worth a try.

The beauty of virtual reality is that things you would find a decent bit of joy in real life or with a console game controlled by a controller can be more entertaining than ever with an Oculus Quest 2 on. That’s the case with Eleven: Table Tennis. The sport translates really well to VR and will have you working up a sweat like you really had a paddle in your hand.

Gamers worldwide have been impatiently waiting for Half-Life 3 for about a decade and a half now. What went under the radar for many was Half-Life: Alyx, the first main-entry game in the series since the second episode of Half-Life 2 in 2007. This game was made by Valve specifically for VR gamers and that emphasis pays off in a big way with the gameplay.

One of the most popular kinds of games in the VR space is escape room games or games that require puzzle solving. This has some elements of the former but falls into the category of the latter. The first I Expect You To Die game is great but its sequel really upped the stakes.

If what you want from VR is to feel as in control as possible while expressing your creativity, then it’s worth trying out Little Cities. You can build your own cities and progressing means unlocking new islands to build on. As well as deciding the layout, you’re also in charge of keeping citizens happy and safe.

Developed by Asobo Studio, Microsoft Flight Simulator does exactly what it says on the tin. Using data from Bing Maps, the game simulates the topography of the earth and A.I. generates the 3D aspects. There are over 20 different aircraft to choose from and the VR aspect will really have you feeling like you’re in a cockpit. This immensely immersive flight simulator easily earns a nod here for being one of the best Oculus Quest 2 games.

Pistol Whip is a great VR game because it doesn’t take itself too seriously and takes full advantage of what VR can do. Here, you’ll feel like the protagonist in your cliché action movie because the concept of the game is to run down corridors and turn corners while blasting bullets at the bad guys. You do all of this with a great soundtrack blasting too.

The battle royale has been a dominant force in multiplayer gaming for the last half-decade, with Fortnite, Warzone, and Apex Legends being just a few of the big names. The concept is a great one and with POPULATION: ONE, you can have that experience with your Oculus Quest 2.

The original version of this game came out in 2005, but in October of last year, Capcom released a VR version where many features were changed especially to accommodate your Oculus Quest 2. This and the actual gameplay make up for some of the cutscenes which don’t translate as well. Whether you’ve tried this classic before or not, it’s a great pickup.

Other than being a great shooter in VR, what makes SUPERHOT VR really stand out is its mechanic of slowing down time. It makes for some epic moments, like picking up a gun to kill the final enemy or ducking bullets. This is an exceptional game to introduce someone to VR with, because it keeps it simple where it needs to be.

Coming from the developer of Far Cry, you can imagine what the environments here look like. It’s a free-climb simulator which is something you might not have ever dreamed of, but the result is amazing. When you successfully complete a climb, you’re allowed to purchase new gear. For a physical challenge and a new kind of immersive experience, pick up The Climb for your Oculus Quest 2.

13. 'The Walking Dead: Saints and Sinners'

The Walking Dead: Saints & Sinners is developed and published by Skydance Interactive and is considered to be the Oculus Quest 2’s first AAA game. If you’re looking for a truly immersive horror experience backed by a great and lengthy story, then you can’t do much better than this game. An hour in this world can have you out of breath and feeling relieved to not be staring down a horde of zombies.

If you’re into RPGs where dying to the same enemy dozens of times just to learn something about them is the name of the game, then Until You Fall is a great introduction to VR for you. The game can be incredibly tough but that’s the same reason why it’s so addicting.

Mini golf, like the aforementioned table tennis, is another sport that translates over to VR really well. It’s simple, but a lot of fun and requires enough skill to keep you entertained. Walkabout Mini Golf truly nails what’s great about mini golf but takes things to new heights in many ways too.

PlayStation 5 VR2: What’s Been Announced and What We Hope is Next