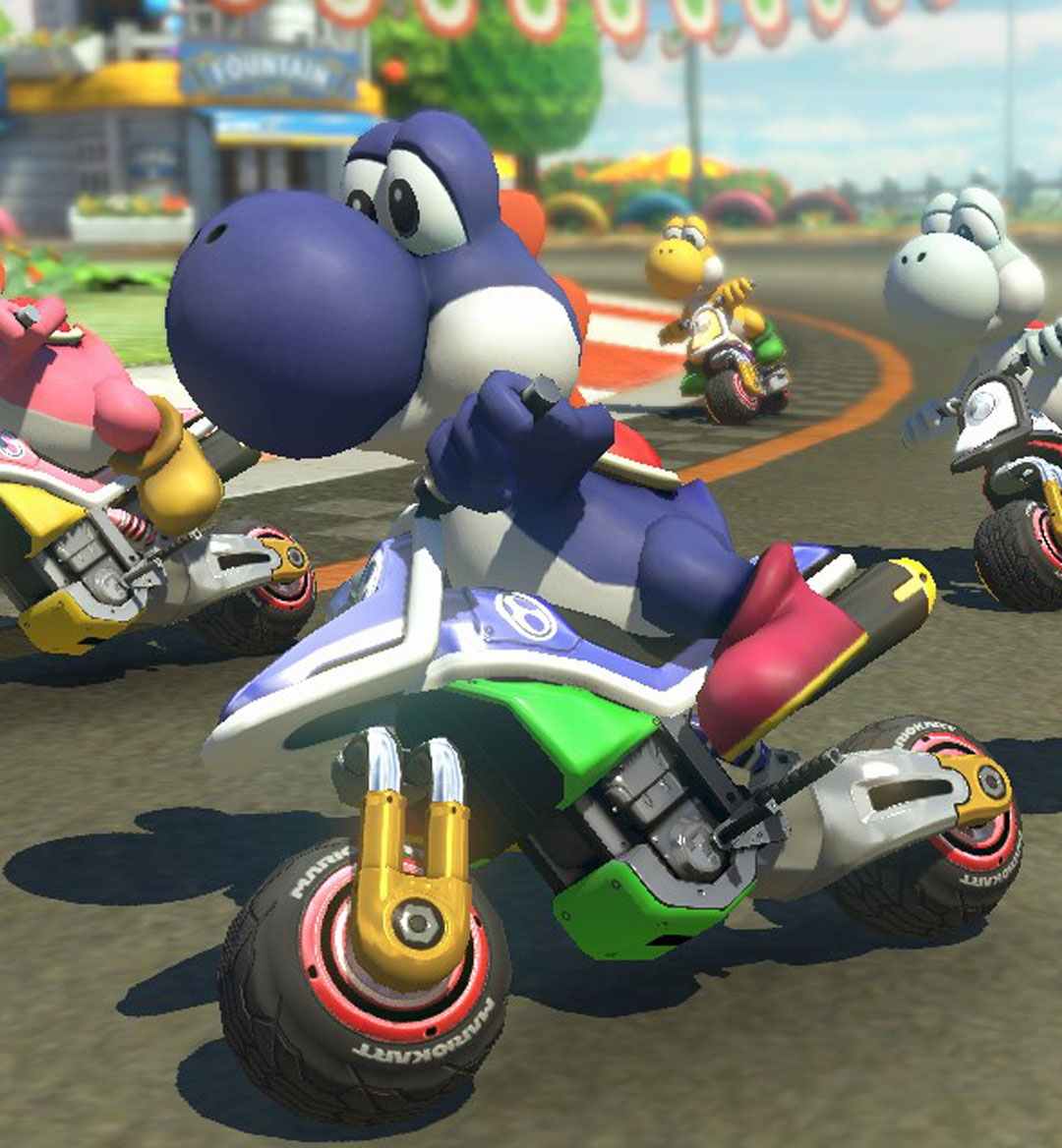 As the likelihood of you being able to go over to your friends’ houses or have them over at yours increases in (what we hope are) the later stages of the pandemic, many will want to game in person after a year and a half of only being able to do it over the internet. I think I’ve landed everywhere possible in Verdansk.

The Nintendo Switch saw its sales soar as people were locked inside and as a result, more people have them than ever. Putting two and two together, we’ve compiled a list of the best party games on the Switch. These are games that are great for, you guessed it, a party, or just a group of people who want to have fun. Check them out below in alphabetical order.

1-2 Switch came out a few years ago and while the concept of it was fun, a lot of people who played solo or just with a sibling at home failed to get the best grasp of the context that this game is best in. This one is perfect for a get together with some drinks flowing. The larger game consists of just over a couple dozen minigames that take full advantage of the Switch’s Joy-Cons. Some of the best mini-games include using the Joy-Cons as samurai swords and wands in a magical battle that resembles the big fight scene in the last Harry Potter movie.

Published by Ubisoft, you can either buy these games separately or as a bundle, the latter of which is better value for money of course. If you’ve ever seen either of these shows in their incredibly long tenures on televisions around the world, you already know what to expect here. These kinds of game shows translate well to a family setting and even if kids don’t necessarily know the concept of either of these shows, they’re simple to learn and enjoyable for all ages.

Playable solo or with up to three friends, Carnival Games is the latest in a series from 2K for Nintendo. You might remember the original Carnival Games for the Wii which was released back in 2007 and if you do, you’ll be familiar with what this brings to the table. This new iteration of the game is packaged much better and offers more variety. These are 20 mini-games in multiple different settings.

This game really does exactly what it says on the tin. It arrived in perfect timing, right before the summer last year when people were still locked down. Similar to Carnival Games, this is also a newer iteration of the Clubhouse Games that appeared many years ago on the DS. You might never need a board game again with the collection that this game boasts. You can play so many classic titles including chess, ludo, spider solitaire, blackjack, dominoes, four-in-a-row and many, many more.

This is a fun game that can either be played solo, with one friend or with three. You are all given a coloured cube-shaped robot to control. The goal is for everyone to get their own robot to their own goal, which matches the colour of your robot. However to do this, you need to co-operate with everybody else. Communication is key, which can make for some fun and/or frustrating moments. There are a bunch of levels to play through here and more good news is that it’s one of the cheapest games on our list!

A Just Dance game isn’t going to work in every setting or be right for every group of friends or family, but when it does, it’s a bundle of fun. This game is an annual release and so if you’re a fan, we highly recommend checking out some previous years’ games. Perhaps some of your favourite songs from a few years ago are on them. Or you could pay to subscribe to the Just Dance Unlimited subscription streaming service which has over songs on it. The game comes with a free month’s subscription.

7. Keep Talking And Nobody Explodes

Technically there are only two players involved here, but you can definitely make use of a few extra people, especially on some of the harder levels. Essentially, one person is looking at a bomb and another is guiding them on how to diffuse it. There are multiple quadrants on each bomb that all have different rules that you have to follow to complete them. Depending on what the person with the bomb is looking at, the person guiding them through things will have to figure out what set of rules applies (cutting the right wires, morse code, Simon says). This is a great team-building exercise if nothing else.

Mario is going to take up a few spots on this list on his own, so we had to show his brother Luigi some love too. This game sees him having to manoeuvre his way through a scary mansion after his friends go missing. Once you unlock Gooigi, a gooey version of Luigi that has some extra tricks up his sleeve, you can play it through with a friend. There’s also DLC that provides some extra content for a bunch of extra friends.

9. Mario And Sonic At The Olympic Games Tokyo 2020

The fact that the Olympic Games didn’t take place last year (and might not even be happening this year) doesn’t mean that you shouldn’t go to Tokyo virtually along with Mario, Sonic and friends. These kinds of games have always been a staple for Nintendo, especially since the Wii came out. On top of the usual fun games you already know to expect, there is a story mode also on offer here that takes things back to a retro 2D style.

Arguably the party game of all party games, Mario Kart 8 Deluxe is a no-brainer for party settings where you want Nintendo gaming involved. The multiplayer has always been its crowning jewel, but you can also play online with up to 11 other people to give yourself some practice before trying to get one over on friends or family.

In real life, running a kitchen is no easy task and Ghost Own Games’ Overcooked 2 gets that point across very well. Orders are constantly coming in and it can get overwhelming. Those moments make for either some great team-building or a disaster in the kitchen with your friends, but either way, the journey is a fun one. Communication is key, especially once you get to the stages with a higher difficulty level and counter tops are rotating on you. That top star rating should make all the stress worth it.

For me, as someone who played the original Rayman game on the first PlayStation, Rayman is one of the more underrated video game characters of all time. Thankfully, he gets some of his shine in Rayman Legends: Definitive Edition which came to the Switch in 2017. Now, you and some friends can control Rayman and his across a bunch of fun platformer levels. Once you’re tired of teaming up, there’s also the Kung Foot mode which pits you and your friends against each other. The game boasts over 100 maps.

Rocket League has seen a massive boost in interest since Epic Games took it over and the game is being introduced to loads of new people daily. Basically, imagine playing soccer in supersonic acrobatic rocket-powered battle cars. I wish I were creative enough to claim ownership of that description, but that’s just what the game was originally called. If you’re picking it up for the first time, the game might seem impossible to get the hang of, but we promise, you’ll eventually be able to jump and hit the ball in the air too. Playing duos or trios with friends is a fun experience. The best part? It's free.

Originally made for the Wii U and later ported to the Switch and other consoles, Runbow is a platformer where the goal is to get to the trophy at the end of the level before everyone else. Simple, right? One of the many problems is that the world around you is constantly changing, which makes for some fun and intense moments with local play.

Snipperclips is a popular game that sees two players as friendly shapes that have the ability to cut each other into other shapes by overlapping each other and taking away whatever’s not visible. There are scenarios where one player needs to cut the other into a shape that’s circular enough to hold a basketball in and scenarios where both of you need to form one irregular shape together. Contrary to popular belief, you can play with more than two players here too. The game supports four players.

The Mario Party series has been another top selection for Nintendo players in a group setting for years now. The series hasn’t always produced the best Mario games of all time, but there’s a time and a place to enjoy them. Released in 2018, Super Mario Party follows the turn-based board game style with close to 100 mini-games on call. If there’s only one game you can play with a few friends or family members, perhaps this is the best choice for a game that can last for a few hours.

Developed by Bandai Namco Studios and Sora Ltd. and released in 2018, Super Smash Bros. Ultimate is the fifth game in the Super Smash Bros. series and just like all of the games before it, it’s a massive crossover fighting game. The beauty in this is just like Street Fighter, Soul Calibre and any other game in that genre, you can take this game as seriously as you like and it will reward you. Want to memorise combinations to take someone out? Go for it. Want to button-mash? That’s fun as well. Some playable characters include huge names like Mario, Pikachu, Sonic, Ryu and Link.

There are a few different party packs that Jackbox offers and we recommend taking a look at all of them and getting as many as you can. Some of the games on offer here are some of the most fun you can have in terms of party games. Some favourites of ours include Drawful 2 (draw something random, have everyone guess what it is and then select the correct answer of all the ones that come up) and Fakin’ It (someone is deceiving the group with their answers to the prompts and everyone has to guess who before the rounds are up).

Despite being another platformer, Ultimate Chicken Horse is a unique entry on this list. First of all because of its name, but secondly because it’s a platformer that rewards you for getting to the end first and all the while, you can place traps to make it more likely that you’ll win. Be wary though, because others can do the same to try to catch you out. There are a few levels set in the game but you can also create some of your own. More great news is that cross play is available for Switch and PC players.

If you like a lot of games that any one of the Jackbox Party Packs offer you, Use Your Words should be right up your alley too. Each round of this game sees players filling in a blank with the funniest answer they can think of. The games include Sub The Title makes you fill in subtitles for film scenes and Extra, Extra! which sees players writing a caption or headline for a photo. If you have a group of friends who’ve known each other for a while and have some inside jokes, some hilarious moments can ensue here.