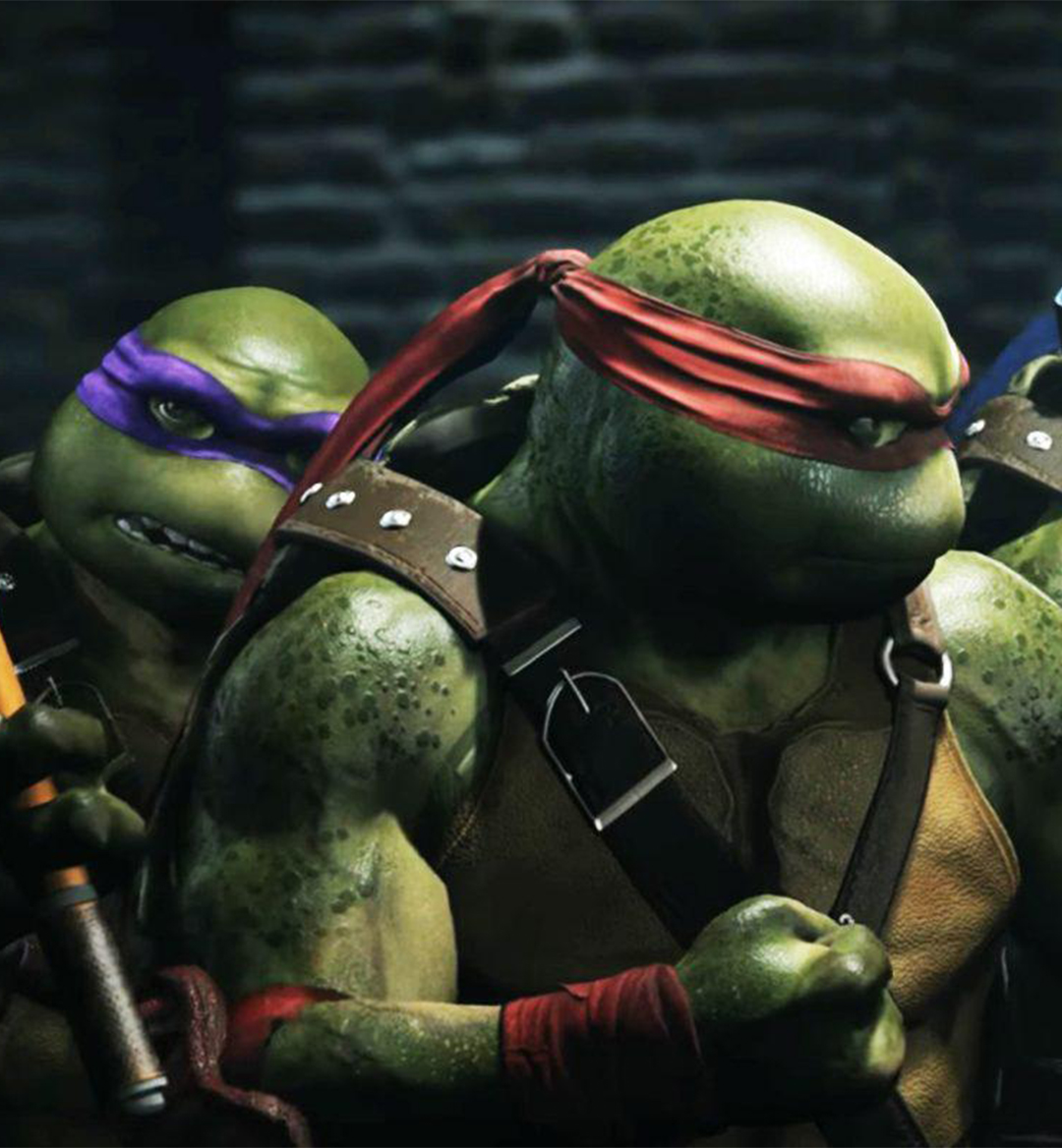 In 1983, comic book authors Peter Laird and Kevin Eastman created one of the biggest entertainment empires of all time. And it all centered around a group of four humanoid turtles that kicked a whole lotta shell and ate a whole lotta pizza.

That group is known as the Teenage Mutant Ninja Turtles - the charismatic foursome of Leonardo, Raphael, Donatello, and Michelangelo make up the core of that unforgettable unit. And ever since they debuted in comic book form, they’ve gone on to become household names thanks to a successful line of action figures, cartoons, apparel, and so much more. The monumental impact those turtles have left on their massive fanbase will be felt for generations to come as they capture the imagination of those fans’ offspring thanks to their continued presence. And as long as video games continue to capture everyone’s attention, gamers will flock to any interactive experience that features those beloved “turtles in a half-shell.”

We’ve played plenty of awesome (and not so awesome) TMNT games in our heyday, so allow us to highlight the very best of the best in that regard. And as a cool little bonus, we’re also going to acknowledge the best guest appearances those crime-fighting turtles have participated in.

During the golden era of the arcades, one of the genres that soaked up the most quarters from hyperactive children was beat ‘em ups. The simple act of moving from left to right to beat up waves of thugs and eat food off the floor enraptured a whole generation of gamers. Once the Turtles ended up in Konami’s grasp, the Japanese publisher/developer blessed them with a supremely enjoyable four-player side-scrolling brawler. The arcade brawler for the Turtles that arrived in 1989 was and still is a good time - that first stage where you navigate an apartment that’s engulfed in flames is unforgettable. Beating up the Foot Clan with your buds alongside you and eventually overcoming Master Shredder will never not be entertaining.

Now we gotta talk about the NES port of the last game we just awarded with so many accolades! As a child, you obviously knew this 8-bit version of the arcade classic wouldn't look nor play as good. But it surprisingly sticks out in a good way thanks to some key differences worth mentioning here. A few of the game’s stages got extended, two new levels were thrown in, and two exclusive boss encounters were included. Even though this NES port only allowed two-player co-op, its fun factor was thankfully not cut in half. As far as 8-bit ports of arcade classics go, this is definitely one of the better ones.

Most of the original Game Boy’s library was jam-packed with simple experiences. Even though you could only really get a week or two of replayability out of those sorts of games, they still excelled as the ultimate time wasters for handheld gamers. This Game Boy TMNT game falls right into that category - it relies on side-scrolling action as you smash baddies, hop all over the place to dodge random hazards, and encounter big bosses across five stages as one of the four Turtles. It’s still pretty cool that this game lets you choose which stage you want to play on first.

Ask anyone which TMNT game is the GOAT and they’ll most likely mention this arcade gem. Teenage Mutant Ninja Turtles: Turtles in Time took everything the original TMNT arcade game did and made all of it a million times better. The tunes that play during each stage are too damn catchy to pass up, the visuals get a noticeable improvement, the feedback that comes from attacking your enemies feels & sounds way more lethal, and the stage layouts are far more interesting. Navigating different time periods as the Turtles is awesome, especially when you get to travel into 2020 to beat up some Foot Clan ninjas on hoverboards.

The NES certainly got the lion's share of good mainline TMNT titles. The third game in the series retained the side-scrolling beat 'em-up action that its predecessors lived by. Two players have the opportunity to choose their favorite Turtles and save April O’Neil & the borough of Manhattan from the evil clutches of Shredder. You know what’s the focus here - bopping lowly Foot Clan ninjas, taking on familiar bosses, and saving the central hub of NYC alongside your couch co-co buddy. Shout to The Manhattan Project for featuring some baddies from the second TMNT film via Super Shredder, Tokka, and Rahzar.

While Sega Genesis owners didn’t get to own Turtles in Time for themselves, The Hyperstone Heist was pretty much the same game with some cool alterations when it came to level design. The similarities between the aforementioned two games are immediately apparent. But the unique combination of original levels and reimagined versions of stages from the very first game made The Hyperstone Heist all its own. And with a more vicious A.I. and sped-up gameplay, this Genesis beat 'em up ends up being a nice companion piece to its SNES counterpart.

“But what about the Genesis version?” Let’s keep it a stack, y’all - aside from a few decent tracks, that version of the one-on-one-fighters is leagues below the SNES version we’re mentioning here. So much so that you can find side tourney’s going down for this game at EVO, CEO, and so on. The brighter visual palette looks so much better as you play with the Turtles and their foes during some fast-paced battles. The roster for this 2D fighter was pretty strong as well (if anyone has a pocket Aska, they’re probably gonna take you down). TMNT: Tournament Fighters on the SNES is one of the better fighting games based on a licensed IP.

Super Smash Bros. clones come a dime a dozen and most of them are quite mid, to be honest. When we got one for TMNT, it ended up being way better than it had any right to be. TMNT: Smash-Up features a who’s who from the franchise’s beloved cast and lets you get them embroiled in furious four-player clashes. All of the awesome elements featured in the Smash series are well represented here - wild stages with interactive elements, item usage, cool modes that switch up the formula (Swap-Out is our go-to!), and online competitive multiplayer. TMNT: Smash-Up is one of the more slept-on party brawlers out there and deserves far more love in everyone’s fighting game rotation.

If you happened to have gone into a Dave & Buster’s at some point a few years back, then you probably spotted this cool little arcade gem. Video game publisher/developer Raw Thrills is responsible for breathing new life into the TMNT games and we’re happy to have it in our midst since it evokes memories of Turtles in Time. What’s on offer here is a classic beat ‘em up that incorporates the Nickelodeon reboot rendition of the Turtles, which means your eyes are treated to slick 3D visuals and voiceovers from the show. The button solely dedicated to unleashing “Turtle Power” is a dope gimmick that always gets the adrenaline pumping.

Don’t sleep! You’d be forgiven for ignoring this mobile game, but you’d be crazy for doing so. TMNT: Mutant Madness is one of those addictive idle RPGs that let you command an army of familiar characters and give out active commands once it’s time to unleash a powerful attack. The main pull of this game is the wide assortment of popular and even obscure TMNT characters you can unlock here. There are the Turtles themselves, April O’Neil, Casey Jones, Rahzar, and a whole host of faces from every corner of the TMNT universe.

The creatives behind this TMNT beat 'em up did a bang-up job when it came to injecting the spirit of retro coin-ops into it. TMNT: Shredder's Revenge is a natural evolution of the classic formula put forward by Turtles in Time as it features fast-paced action and the most rewarding form of local/online co-op gameplay. Alongside the four famous turtles, the playable roster finally gives Master Splinter, April O'Neil, and even Casey Jones the chance to smash some Foot Clan fodder. The game's multitude of Easter Eggs and cameos from the original cartoon present it as a love letter to 80s & 90s babies that grew up with the "turtles in a half-shell."

When it comes to unbelievable fighting game crossovers, developer NetherRealm Studios has the game on lock. The creatives behind the Mortal Kombat series have thrown in some wild guests from time to time, such as Freddy Krueger, Kratos, and even Predator. With its fighting games based on the DC Universe, NetherRealm went even crazier when it came to featuring non-DC combatants. And the most mind-blowing character inclusion arrived in Injustice 2 once it was announced that all four Turtles were joining the game as a package deal. Getting the opportunity to play out fierce battles between any one of the Turtles and a DC hero or villain never gets old. And listening to the Easter Egg-filled dialogue exchanges between both groups will forever blow our minds.

Yep, a few of the Turtles, Master Shredder, and even April O’Neil popped up in yet another party brawler! And this time, their inclusion came about due to their attachment to the wild and colorful world of Nickelodeon. This inspired platform fighter takes the well-tuned battle mechanics of the Super Smash Bros. series and injects a whole lot of Nickelodeon nostalgia into its winning formula. While the whole TMNT gang isn’t here, Leonardo and Michelangelo are thankfully present to pull off some sick combos with their respective weapons on the likes of SpongeBob SquarePants and Nigel Thornberry. To no one's surprise, Master Shredder is a powerhouse that hits hard and fast. And with April in the fray as well, players get to dish out a whole bunch of KO’s with her arsenal of TV reporter-themed moves.