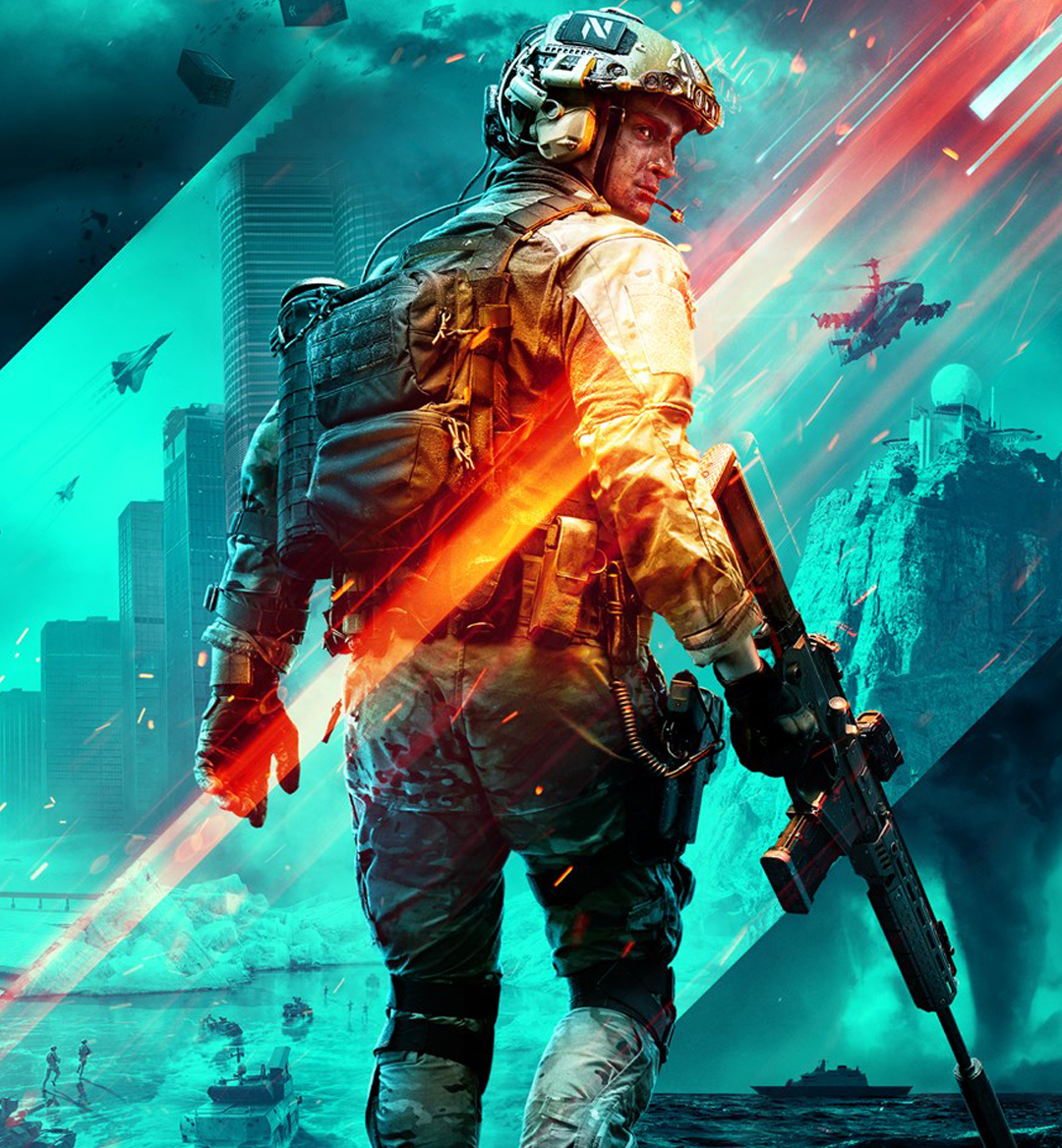 With Battlefield 2042 and Call of Duty: Vanguard both on their way with releases due next month, many FPS fans are debating which game they’re going to get. These kinds of discussions take place around this time every year to some extent, but they’re heating up this year, with gamers who were disappointed with the Vanguard alpha and beta threatening to take their money to DICE’s game.

If you want to widen your horizons or are a fan of Battlefield and want something in the same vein to hold you over until 2042 comes out, we’re here to help. Below is a list of 20 games like the Battlefield series. Of course, they’re all shooters, with many of them set during real-life wars, but if you’re a fan of Battlefield, that’s likely a setting you enjoy and want different interpretations of.

ARMA 3 isn’t the kind of game you want to jump straight into if you’re largely unfamiliar with this style of game. You still could, but the learning curve could be off-putting. It’s Dark Souls-esque in that sense, very daunting and difficult to a point that even the smallest of milestones are rewarding. If it helps, you can play with a friend, which does take away some of the frustration. The game takes place in the near future and is constantly being updated, not only with DLC but tens of thousands of mods, which help keep it fresh.

Developed by Bulkhead Interactive and published by Square Enix, as you might have been able to guess by its name, BATTALION 1944 is the first of many games on this list set during World War II. It’s influenced by the early Call of Duty games in that regard, but it tackles the era well enough that it doesn’t just feel like a copy of something that has come before it.

One of the whackier picks on this list, Borderlands 3 may seem like an odd choice to give you the same kind of joy that Battlefield brings you, but you might be surprised. The game doesn’t take itself too seriously, which is refreshing among games that are considered first-person shooters. It’s also an action RPG, meaning that battles can still be intense even if its characters and their dialogue have a comedic edge to them. Take the plunge.

Black Ops Cold War is slowly nearing the end of its cycle and like every other annual release in the franchise, will likely no longer see updates when Vanguard drops at the top of next month. In the meantime though, it’s a great game for giving you a similar feel to Battlefield, with its multiplayer and zombie options. You can criticize the series all you want, but there’s a reason that Call of Duty continues to be the top shooter around year after year.

In the year and a half since its launch, Warzone has earned itself the right to be mentioned in addition to main entries from the Call of Duty series. Blackout from Black Ops 4 feels like just a small test run compared to what this battle royale ended up becoming. If what you enjoy about the Battlefield series is its large-scale combat, Warzone might be a perfect fit for you. At some point in the next few months, a new map is going to be added too, so this game isn’t likely to be going nowhere anytime soon.

Named after Roosevelt’s famous speech, Day of Infamy was spawned from the mod of the same name for Insurgency, New World Interactive’s previous game. This game is then of course set during the events of the Second World War, specifically those in the European Theatre. Players can unlock historic units from the war and one of the unique selling points of this game is that it uses proximity chat, meaning you have to communicate with teammates tactically or enemies will hear you. This adds an interesting edge to battle.

ARMA 2, the predecessor to the game that appears earlier on this list, had a mod called DayZ, but this game is its standalone successor. Developed by Bohemia Interactive and released in 2018 on Windows and 2018 on Xbox and PlayStation, DayZ’s concept is that you must stay alive during a zombie outbreak. You start with little to nothing and must gather supplies and equipment to help you on your journey. In terms of immersion, this game does a good job just like Battlefield and it’s worth a try if you’re a fan of that series.

Developed by Battlestate Games for Windows, Escape From Tarkov is technically still in development with only the closed beta out at the moment, but that hasn’t stopped gamers flocking to it in big numbers over the years. The game features raids that see players either go it solo or become part of a squad to try to go from one side of a map to the extraction point on the other side, fighting other players along the way. If you die in a raid, you lose everything, including the equipment you brought in, making it a tense playthrough because of the high stakes.

Hell Let Loose was announced as part of a Kickstarter campaign where $220k was raised for it. This was followed by an early release for Windows in 2019 and a full release this past summer, with a PlayStation and Xbox release earlier this month. The game consists of 50 vs. 50 matches in the Warfare and Offensive game modes. The game was developed on Unreal Engine 4 by Black Matter.

Hunt: Showdown is still an FPS, but it stands out on this list because while in many games on this list, the enemies consist of soldiers and/or other players whereas here, you’re fighting monsters. While that may seem unappealing to fans of Battlefield, we think that there’s genuine crossover and a reason that a Battlefield fan could enjoy this game.

When the casual gamer thinks of heists in gaming, their mind probably goes to GTA: V’s heist update from a few years ago, but there are dedicated heist games, PAYDAY 2 is among the best of them. Developed by Overkill Software, the game has done a great job of maintaining its popularity, catering to co-op very well and adding half a dozen DLC packs since the original release in 2013.

Rogue Planet Games, the developer of the 2012 game PlanetSide 2, takes pride in delivering “massive combat on a scale never seen before”, as they describe on the game’s official website. A massively multiplayer FPS has never been a better description for a game. In fact, PlanetSide 2 holds the Guinness World Record for the biggest FPS battle, with 1,283 combatants in a single game. If Battlefield’s large settings are your favorite, this is a must-play.

PUBG doesn’t get the credit it deserves for helping forward the momentum of battle royale game modes. It wasn’t the first one to kick off the trend, but at one point before Fortnite truly took over, it was the biggest and best option for many. You can play in first-person like Battlefield, but if you’re open to switching it up, there is a third-person view that has its own set of benefits too, like seeing around corners. All these years later, getting used to the game and getting a chicken dinner still feels rewarding.

A shooter set in World War II isn’t exactly innovative these days, nor has it been an original idea for a while now, especially with the new Call of Duty: Vanguard game set there, but that doesn’t mean it can’t be done well and any game with that backdrop isn’t worth trying. Many games on this list are set during the period and Post Scriptum is one of them. Specifically, it’s set during the Battle of France, Operation Overlord, and Operation Market Garden. The game takes itself seriously, even more so than Battlefield arguably, which might be a turn-off for some, but is a treat for others. If you’re willing to immerse yourself in the world of the game, Post Scriptum is a pleasant experience.

As its name suggests, the direct sequel to the first Rising Storm game is set during the Vietnam War, with many of its 20+ maps based on real locations. The game is also true to the era in terms of its weapon choices and methods of combat because players can not only use guns on the ground but take to the skies in airborne vehicles.

In Rust, you start out with absolutely nothing and must gather supplies to increase your chance of survival. You need to be worried about other players killing you here, but even when no one else is around, you’ll need to manage hunger, thirst, your temperature, radiation levels, and wild animals that also want a literal piece of you.

Developed by Canadian studio Offworld Industries, Squad is a tactical first-person shooter that has been out officially for a year now. As the name implies, the battle here takes place in groups and you can play it with a group of friends, which is likely the best way to start and experience it. It’s important to note that Squad is considered a successor to Project Reality, a series of mods for the second Battlefield game. So it’s closely related to Battlefield and worth a try.

If you’re a Battlefield fan, perhaps games from the Titanfall series don’t come immediately to mind when you’re imagining similar games. However, Respawn Entertainment was founded by Jason West and Vince Zampella, who also founded Infinity Ward and the CoD franchise, so they’re closer than you think. Titanfall 2 boasts not only a single-player campaign, but a wealth of multiplayer game modes, including Amped Hardpoint, Titan Brawl, Capture the Flag, Free for All, and Coliseum, amongst others. It’s a fun shooter that’s well worth giving a try.

Wildlands is the tenth original main series installment in Tom Clancy’s Ghost Recon series which started two decades ago in 2001. Released in 2017, the game is the first in the series to feature an open world and Ubisoft did it big because it rivals some of the biggest open worlds in any of their games. The game’s plot sees you and three partners heading to Bolivia to gather intelligence on the Cartel. If you play solo, your teammates will be controlled by A.I., but you do have the option of playing co-op, which should always be the preference.

When Verdun was released, it was sort of panned for being repetitive and monotonous, but the developers responded to that criticism in the best way possible. They listened to constant feedback and updated the game to a point where it feels like a sequel to its original release. It’s a squad-based FPS based in the first World War, which isn’t the most original of settings but is done well, in terms of gameplay. If you’re willing to take a hit on the graphics for that, then you’re in for a treat.