So What's Bomb Rush Cyberfunk All About? 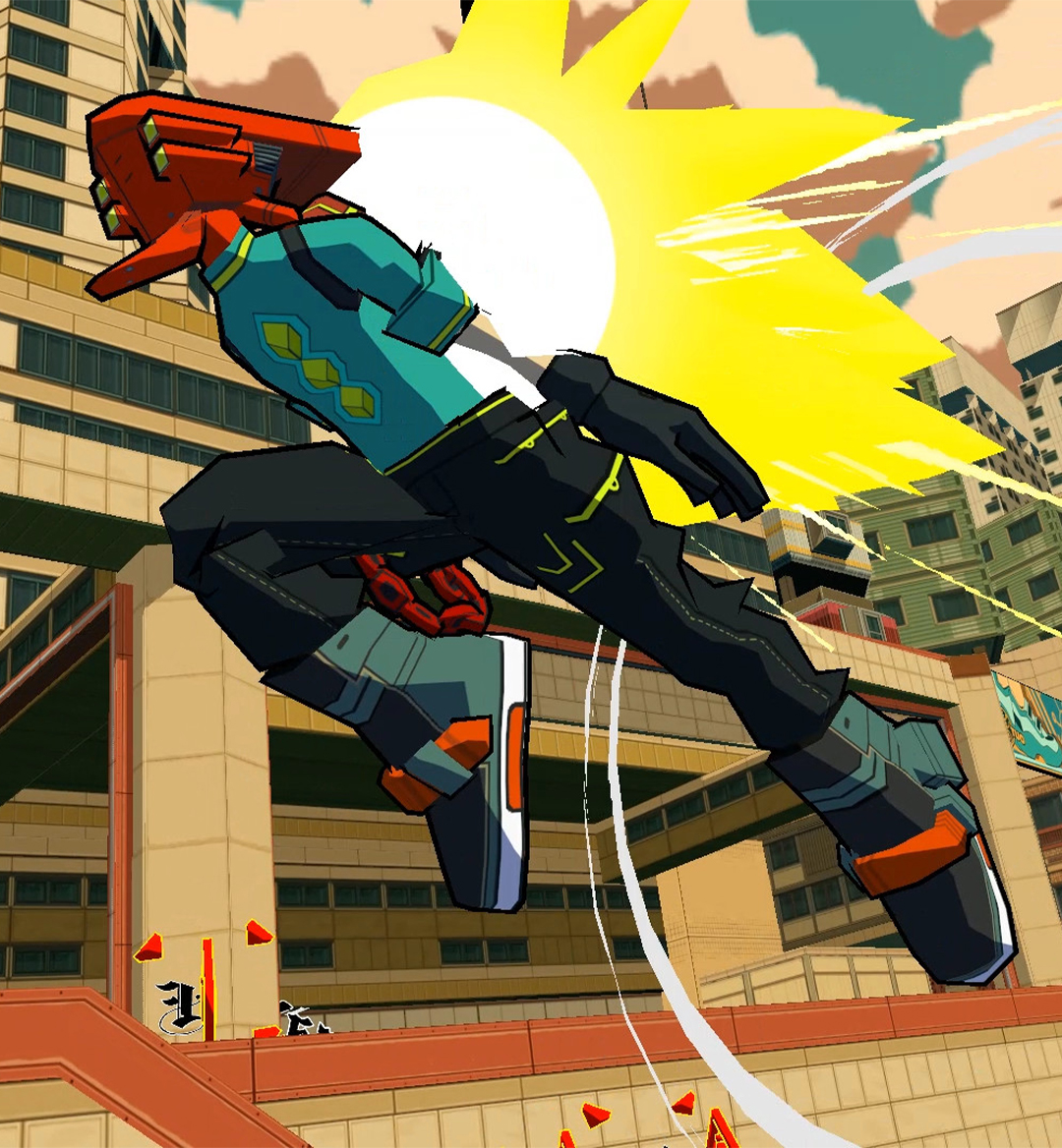 The term spiritual successor gets thrown around a lot in the world of gaming.

Independent game development studio Team Reptile is cooking up something incredible that evokes memories of a classic Sega franchise that's only gotten two installments, sadly. And as the creatives behind the super flashy and inventive game known as Lethal League Blaze, it makes all the sense in the world for them to throw their weight behind a project that's a love letter to Jet Set Radio. That game is Bomb Rush Cyberfunk.

For all the old heads who need a quick reminder and the younger generation of gamers that never heard of it, here's a brief primer on Jet Set Radio. It first hit the Dreamcast back in 2000 and floored everyone that played it thanks to some revolutionary cel-shaded visuals, a quality soundtrack, and a gameplay loop that incorporated inline skating, spraying graffiti, and evading the feds. An equally amazing sequel in Jet Set Radio Future arrived on the original Xbox back in 2002. But ever since then, the series has gone on hiatus. Judging by the sequel's disappointing sales in the US and Japan (it only sold 80,000 units in the US during its initial six-month sales window and only moved 28,433 units in Japan), it's easy to see why Sega has largely abandoned any new entries within the Jet Set Radio series.

Enter Team Reptile. It's clear that they took notice of the Jet Set Radio fanbase that cried out for a new game and lamented Sega's non-usage of the IP in any meaningful way. The studio is going all-in on a game that pays homage to its inspirations in every way, shape, and form. Bomb Rush Cyberfunk incorporates everything that made Jet Set Radio so memorable - it relies on a cel-shaded art style to deliver striking visuals, features an original soundtrack full of catchy tunes, and throws in a super charismatic cast of characters to zip around the city & tag graffiti with.

As you zip around various metro locales on your inline skates, skateboard, or BMX bike, you'll be tasked with painting graffiti around it until your raise your REP to the point where you can challenge that area's local crew. You'll need to put your "boostpack" to good use if you're looking to bomb all the available graffiti spots you can find. Bomb Rush Cyberfunk isn't just centered on tagging different spots around town and running into rival crews, however - there's a deep tricks system in place here that pushes players to land clean maneuvers in order to gain more boost power. Mixing together tricks and graffiti tagging together via combos will do a whole lot to increase your boost power even more and activate "Bomb Rush Mode," which helps you gain infinite boost power for a limited time. Watching this game's spray-painting masters in motion while they grind, slide, wall-run, and perform sick tricks in mid-air is awe-inspiring.

And in a very cool nod to Bomb Rush Cyberfunk's spiritual predecessor, the game will rely on the musical stylings of Japanese composer and DJ Hideki Naganuma. It just so happens that Hideki did the OST for both Jet Set Radio and Jet Set Radio Future, which makes this collaboration between him and Team Reptile a match made in heaven. By the looks and sounds of it, Bomb Rush Cyberfunk has all the makings of a true passion project that will hopefully build upon the solid foundation built by Jet Set Radio. With a release planned for sometime in 2022 on the Nintendo Switch and PC (Steam), the anticipation for the finished product is running high. This cel-shaded beauty certainly looks like a sleeper hit in the making.