The 40 Best Sega Dreamcast Games of All Time 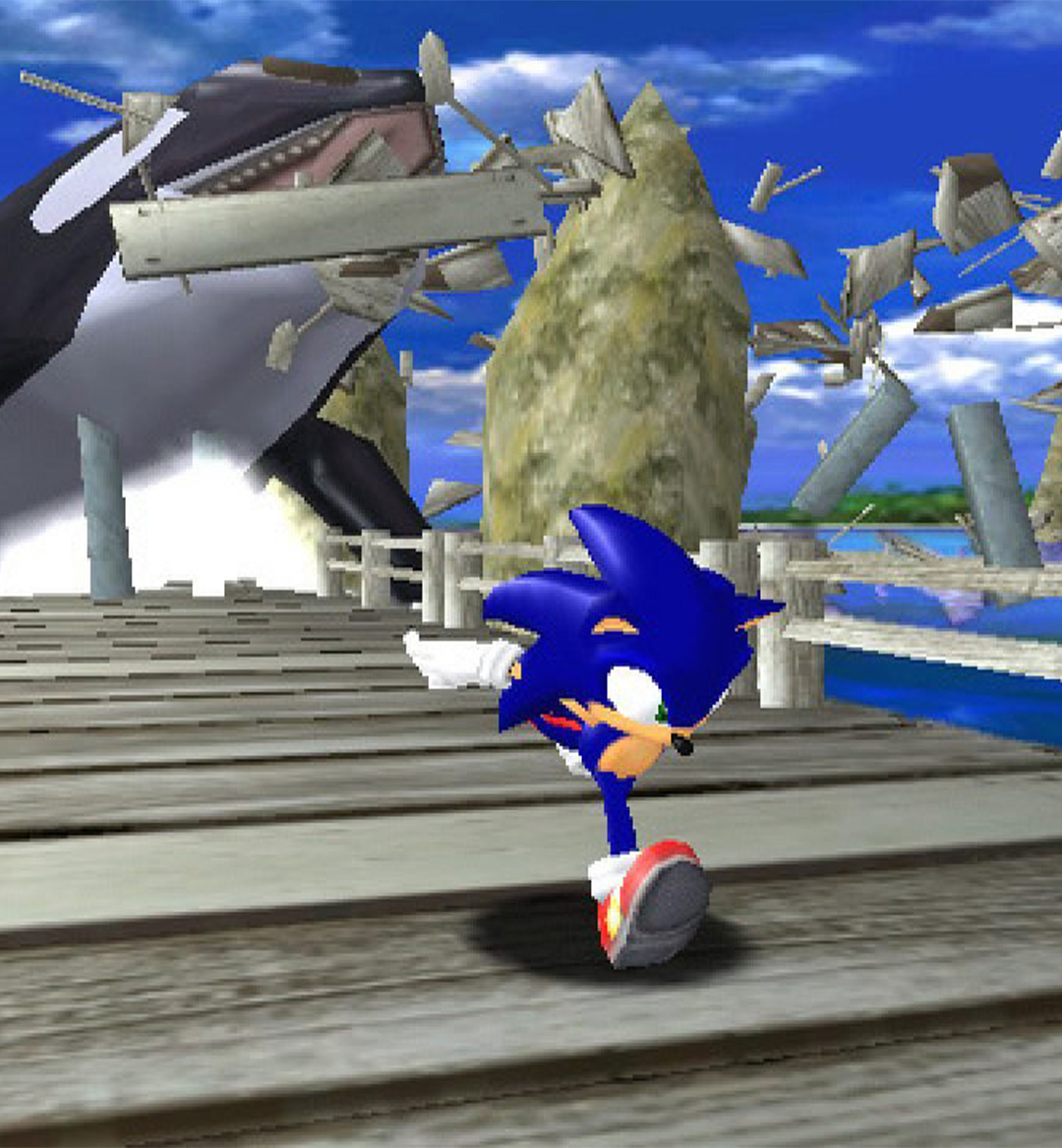 On September 9, 1999, in the US, Sega dropped its most powerful (and sadly, final) console - the medium-sized white box of wonder known as the Dreamcast.

Say what you will about its defeat at the hands of the Sony PlayStation 2, the lack of a built-in DVD player, and the rampant bootlegging of its many games. The Dreamcast's legacy remains intact as one of the greatest video game machines ever made despite its technical shortcomings when compared to the competition at the time.

Sega went all in with some of its most impressive first-party titles and enjoyed a bevy of amazing third-party games from some of the most noteworthy publishers/developers in the industry. The Dreamcast deserves extra credit for putting forth one of the most memorable fighting game libraries ever seen due to arcade-perfect renditions of iconic Capcom and SNK titles.

It's time to celebrate everything that was incredible about Sega's beloved console by listing the greatest Dreamcast games of all time.

Every console needs a killer app at launch. The Dreamcast got just that with the launch of the highly enjoyable playable evolution within the Sonic the Hedgehog series. Sonic Adventure was just as mindblowing for gamers that came across Super Mario 64 - Sega's "Blue Blur" kept fans engrossed as he ran at hyper speeds across more open environments and get embroiled in a deep storyline with high stakes attached to it. The presence of multiple playable characters that come with different playstyles also adds to Sonic Adventure's allure as the most recognizable 3D platformer for the Dreamcast.

Sonic Adventure 2 improved on its predecessor in every way possible. It streamlined the usage of numerous playable characters by splitting them up into two different campaigns, introduces one of Sonic's better side mates in the form of Shadow the Hedgehog, and upgrades the visuals in a major way. The game's original soundtrack is pretty much iconic, which made rolling around at the speed of sound, searching for Chaos Emerald shards, and shooting down robots an everlasting joy. Sonic Adventure 2 is one of the best sequels Sega has ever produced.

Capcom was in its creative bag during its 90s heyday. The vast amount of fighting games it put out back then are still played and remembered fondly to this very day. When it dipped its feet into the arena fighter waters, it arrived with the ever so memorable Power Stone. This 1v1 fighter deserves all the praise in the world for its implementation of open battlefields that gave way to more strategic maneuvering, entertaining mad dashes for the Power Stones themselves, and the fun reliance on items to even the odds with your many opponents.

Power Stone 2 upped the ante in order to offer a truly amazing fighter that's still a worthwhile party game experience in this day and age. Not only did this sequel offer four-player skirmishes as a welcome upgrade, but it also arrived with even larger stages that featured multiple segments and interactable elements that kept each fight fresh. The huge array of new weapons at players' disposal, brand new roster entrants, and major boss encounters made Power Stone 2 a destination fighter for owners of the Dreamcast.

It was hard to ignore the Dreamcast's impressive graphical output once you came across the very first Soulcalibur. What made this 3D fighter blow everyone's minds is the fact that the Dreamcast home port looked miles better than the arcade version, which is a trend that was extremely rare at the time of its release. Soulcalibur still looks great and plays great - the fast-paced weapons clashes that play out in this game are finely tuned and help it remain one of the best 3D fighters of all time.

Damn, we miss Midway! The now-deceased games publisher/developer put out a long list of great arcade racers back in the day. Its powerboat racer Hydro Thunder is one of our favorites and definitely notched plenty of play-time from us once it made its sped its way over to the Dreamcast. This game is all about catching big waves, boosting past the rest of the pack, and taking superhuman leaps into the air as the raging waters pushed you further along insane track layouts.

One activity that never gets old for gamers is the act of blasting encroaching hordes of the undead. The House of the Dead 2 brought forth that always entertaining premise via an intense light-gun shooter experience. The first game is a classic and so is its equally satisfying follow-up. With two Dream Blasters on deck, two players had all the joy in the world as they shot down zombies and a flood of other hellish creatures across various stages with branching pathways to explore.

There was once a moment in time where two football gaming simulation IPs could exist at the very same time. During the Dreamcast's first full year as a console entity, developer Visual Concepts put out one of the best looking and best-playing football sims of all time with NFL 2K1. This sequel to the original NFL 2K arrived with a clear sense of "more," which meant more play-books, more realistic player animations, more welcome changes to the running/passing game, etc.

The Dreamcast definitely has its fair share of amazing RPGs. And one of those titles is Grandia II. Playing through the trials and tribulations of Ryudo and Elena is an amazing time thanks to an absorbing storyline, an innovative combat system for the time, and a strong visual palette. There's so much to love about this game's fantastical elements and its more mature story elements when compared to the first game's plot tellings.

And here we have another Midway classic that we wished would come back in some way, shape, or form! Ready to Rumble Boxing moved far away from the boxing simulation feel of its genre contemporaries to embrace a more casual arcade boxing feel. And thanks to that preferred gameplay approach, there is so much more fun to be had with the game's outlandish roster of pugilists and their wild movesets. Having Bruce Buffer in place as the game's official fight announcer did wonders for its overall presentation.

The next logical step to take after Marvel Super Heroes vs. Street Fighter was a showdown between Marvel and Capcom themselves. Marvel vs. Capcom: Clash of Super Heroes came to the Dreamcast without any blemishes or shortcomings whatsoever when compared to its arcade counterpart. The same mayhem attached to the game's 2v2, partner-swapping battles and the incredibly catchy soundtrack are and always will be top-tier.

Marvel vs. Capcom 2 is pretty much the Super Smash Bros. Melee of the Dreamcast - it's the most revered fighting game on the console that's still being played by a passionate group of longtime players. And it's easy to recognize why - this 3v3 2D fighter offers the most fun and chaotic superhero clashes the FGC has ever seen. The massive 56 character roster paves the way for some insane team setups that leads to hours of replay value in a multiplayer setting. And that soundtrack? Pure bliss.

Jet Set Radio's cel-shaded visuals, supremely funky soundtrack, and focus on rollerblading & graffiti painting gave it all the innovative flavor at the time of release. There was simply nothing like it at the time and it still hasn't been replicated well ever since. Jet Set Radio provides an eccentric gameplay style that lets players act out their rebel dreams as a super mobile graffiti artist.

It's simply criminal how Skies of Arcadia never got a sequel of any kind. A JRPG with a lovable cast of three main protagonists, a traditional yet wholly fun combat system, and the ability to get embroiled in airship battles gave that game its most likable elements and was well deserving of another go-round. Nevertheless, Skies of Arcadia stands out from the Dreamcast's RPG library as its most inspired adventure. Be sure to cop this or the GameCube port Skies of Arcadia Legends if you missed out on this gem.

Noted video game personality Yu Suzuki will always be mentioned alongside one of his most ambitious projects to date. And that project is the very first Shenmue. The revenge-laden journey of Ryo Hazuki began on a somber note due to the murder of his father at the hands of the vicious Lan Di. And through that initial chapter, players got to venture through an open world that felt lived in and filled with tons of side activities to do. Shenmue sticks out as the Dreamcast's biggest game and an impressive display of the console's power.

North American gamers know that the Xbox version of this sequel is the only way they could play it at launch. We're guessing those same gamers realized that the Japanese release of Shenmue 2 was exclusive to the Dreamcast as well. It doesn't matter how you play it - all that matters is that you play it at all. Shenmue 2 added some welcome quality of life changes, such as being able to fast forward the in-game clock, take side jobs not tied to the main campaign's story, and even ask random folks for directions. Special shout to Ryo's buddies Ren and Joy, who we still have a lot of love for.

Capcom's Resident Evil entered a new generation of survival horror once it finally made its way onto the Dreamcast. Resident Evil - Code Veronica marks the return of Claire Redfield, who is forced to escape a zombie-filled training facility in hopes of finding her lost brother Chris. The series' long-running formula remains intact here. And with its improved visuals, a new array of horrifying beasts, and shocking story twists & turns, Code Veronica holds up as one of the better games in the franchise.

"Hey Hey Hey It's Time to Make Some Craaazzzyy Money Are Ya Ready...." We were always fully prepared to chase a bag in Crazy Taxi's manic world. This OG racer always pushed the pace as players rushed to pick up new passengers and get them to their destinations as quickly as possible. Notice we didn't say efficiently because a ton of the fun factor tied to Crazy Taxi comes from the freedom it gives to players when it comes to driving like a madman to every goal.

Sega brought back its traditional JRPG IP Phantasy Star in a refreshing manner by turning it into an action RPG mixed with MMO elements. Phantasy Star Online deserves a ton of cred for being one of the first major console MMORPG experiences that caused an uproar during its lifetime. We're sure most old heads who enjoyed this game poured countless hours into its three-player co-op journeys across the planet Ragol. We always preferred running blade-first into battle as a powerful custom warrior!

When Dead or Alive 2 came out, gamers couldn't help but be floored by its amazingly lifelike visuals. The jump in graphics from the first game to the second one is immense, which is why even non-fighting game players offered it praise. Thankfully, the actual fighting game mechanics at the heart of Dead or Alive 2 are just as commendable. Its rock-paper-scissors approach to combat made combat deceptively complex while still being approachable for casual players. The focus on the ladies here is also commendable, for sure.