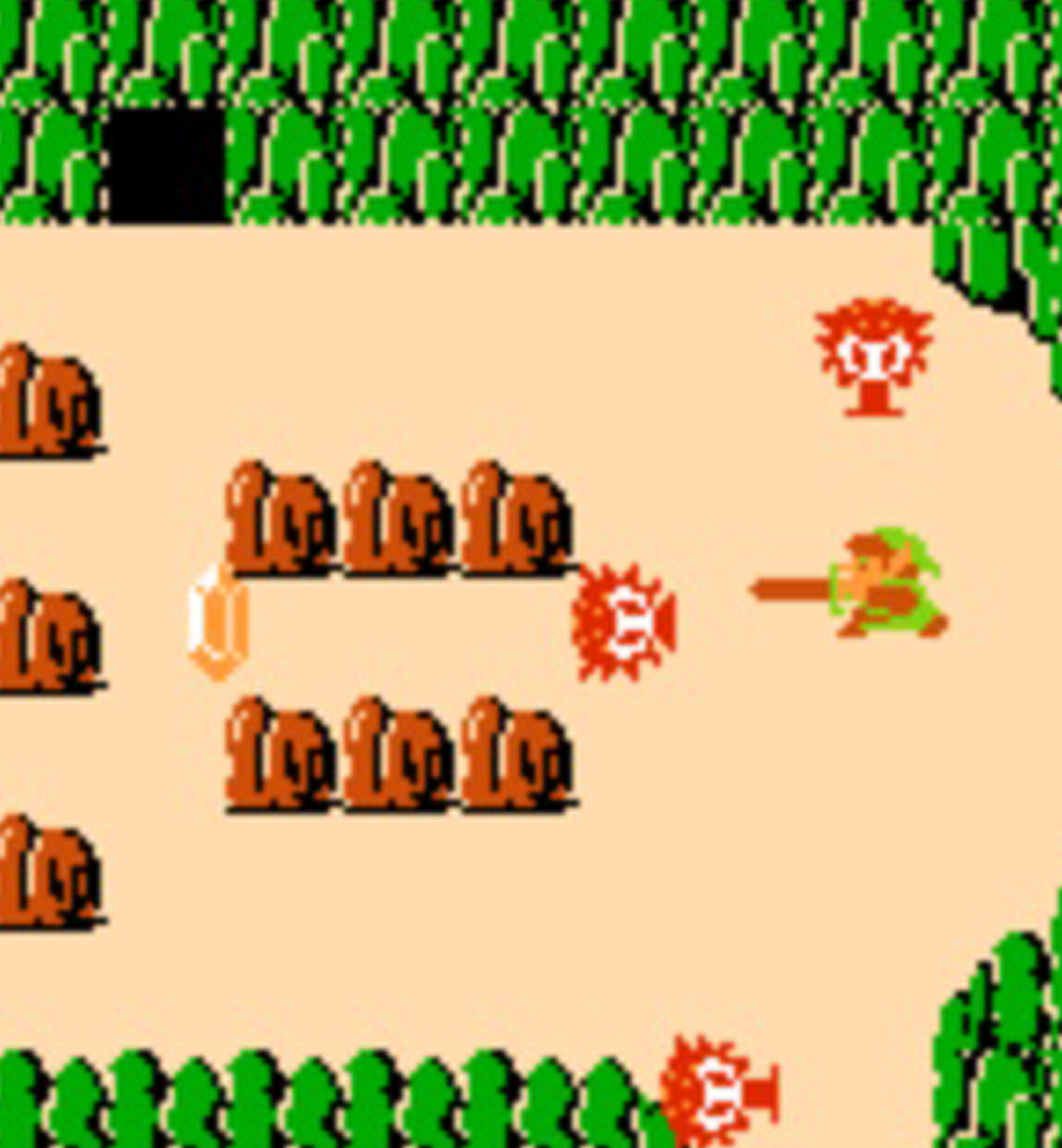 The conversation about whether video games are even meant to be entertainment for adults has persisted since the medium’s inception. In 2020, video games have matured in terms of themes, content, and style—but to this day, some games that appeal to kids are actually just as impressive and engaging as material meant for grown-ups. There’s no greater proof of this than the enduring appeal of The Legend of Zelda, a fantasy-adventure series conceived of by the legendary Shigeru Miyamoto in 1986.

Although every Zelda game reimagines the cartoon-y kingdom of Hyrule, each iteration retains a childlike innocence the likes of which seem to be disappearing from video games as an artistic medium, as more creators rely on realism, shock, awe, ultra-violence, and grimdark color palettes to sell copies. Although most games in the franchise share similar mechanics (action-oriented combat, time manipulation, a plethora of items and weapons, seemingly endless sidequests), what Zelda games, more importantly, have in common is a lighthearted and upbeat visual style.

Breath of the Wild, the most recent game in the Zelda franchise, was widely hailed as a near-perfect (if not totally perfect) video game. But now, three years after that game dropped, fans of Zelda might be looking for something new. We’ve compiled a list of games that should appeal to fans of Zelda ranging from retro classics to indie experimentations, to new releases.

Like many games in the Zelda franchise (but especially Ocarina of Time), Final Fantasy 7 was hailed as a triumph of video games as an artistic genre upon its release. The polygonal graphics of the original FFVII have their endearing charms, but Square decided it was time to give the classic an update. In this new iteration of Cloud’s adventure, the turn-based combat has been replaced with action-oriented fighting far more similar to the 3D Zelda games than to the grindy JRPGs in the Final Fantasy franchise. It’s true that FFVIIR is much darker, sci-fi, and political than Zelda, but fans of post-Ocarina games will surely now fall in love with the beautiful and tragic world of Midgar, even if it didn’t impress them the first time around.

Legacy of Kain is the yin to Zelda’s yang: where Zelda games are for the most part upbeat, Legacy of Kain offered a more gothic interpretation of the tropes and gameplay of Zelda. Kain’s not quite as pretty, but its story of dark magics and revenge will appeal to more adult Zelda fans.

Twilight Princess and Okami dropped around the same time during Nintendo’s Wii era, and while TP got more popular (because of its inclusion in a much-beloved franchise), Okami is just as compelling. Both games star mystical wolves hoping to use powerful magics to restore peace to their fantastical worlds and both games employ similar combat and puzzle-solving as main gameplay mechanics. The visual aesthetic of Okami is absolutely breathtaking — on par or surpassing the Zelda series’ most elegant moments.

It would be easy to dismiss Dark Cloud as Sony’s attempt to cash in on Zelda’s success — the protagonist even has a pointy green cap — but this PS2-era game had a lot of complexity. The dungeon crawling and weapon mechanics are extremely involved, but Dark Cloud scratches a very specific Zelda-specific itch if the more nerdy and technical aspects of Link’s travels are what you’re into.

Square Enix’s collaboration with Disney seemed almost psychotic when the concept was first announced, but the bizarre pairing has resulted in one of the most adored video game franchises of all time. The first game is a triumph of creativity in both its unique aesthetic and streamlined gameplay which takes hints from Zelda as much as it does from Final Fantasy. The sense of humor and whimsy of the original Kingdom Hearts episode makes it a cousin of games like Skyward Sword.

There’s no princess to save, but otherwise, Ni No Kuni II feels almost exactly like a Zelda game: fun and intricate combat with physical and magical attacks, a cheery and fantastical aesthetic, dungeon crawling with challenging puzzles, and lovely art direction are all the defining features of both Link’s adventures and this compelling JRPG. While the first Ni No Kuni game had a fighting system that was closer to turn-based games a la Pokemon, the sequel (which functions perfectly well as a stand-alone entry in the series) has much more dynamic action. The art direction, obviously inspired by Hayoa Miyazaki, is stunning and whimsical.

Indie creators have long been enthralled by Miyamoto’s imagination, but in this new millennium, postmodern experiments with the formal structure of games are becoming more plentiful. Anodyne seems like a straightforward-ly Zelda-like experience, but it starts devolving as you go—eventually turning into a kind of meta-game, or maybe a game on hallucinogens.

Moonlighter is yet another self-reflexive deconstruction of Zelda tropes: It's a two-fold game; by day, you play a shopkeeper who sells things, then at night you go into Zelda-y dungeons to fight monsters and collect the items that you will sell in your store.

Although the orientalizing aesthetic of Prince of Persia might be deemed problematic in today’s political climate, its gameplay takes the movement and physics of Zelda to the next level, employing a clever time-manipulation mechanic at least somewhat inspired by Nintendo’s experimentations with time, space, and physics.

Oversized swords and spikey hair seem like the domain of more turn-based video game combat but Xenoblade hits a sweet spot between stereotypical anime-inspired fare and more Western-friendly gameplay. The imaginative science-fantasy setting and a peppy cast of characters are certainly Zelda-adjacent.

The creators of the cultishly popular fighting game Skullgirls crowdfunded the production of Indivisible for years before it finally became a reality. It’s true that the game is more inspired by the obscure, side-scrolling JRPG Valkyrie Profile than by Zelda, but the platforming and puzzle aspects of Indivisible share a lot in common with the Nintendo franchise, even if it is rendered in 2D. Indivisible also takes place in a colorful fantasia, with a lovable plucky hero happily saving humankind.

Although Chrono Trigger uses a turn-based combat system, the motif and mechanics of alternate futures and time travel throughout are shared by many games in the Zelda series. Legendary animator Akira Toriyama provided the art-direction for this 1995 JRPG, which was likely both influenced by — and went on to influence — various iterations of Zelda. The compelling story and fabulous, vibrant worlds are radiant and haunting. No wonder both Ocarina of Time and Ocarina of Time are both considered absolute masterpieces — they actually have a lot in common.

Secret of Mana might be indistinguishable from pre-N64 Zelda games to a layperson, but its functionality as a multiplayer game helps it stand apart. Upon the game’s release in 1993, reviewers even noted the similarities with some saying that Mana actually eclipsed Zelda in scope, scale, and majesty.

Although Zelda has never gone for realism with regards to its visual presentation, the fantastical 3D combat pioneered in games like Ocarina of Time has ultimately resulted in the creation of games like the more contemporary Ghosts of Tsushima. Historical inaccuracies abound in the recently-released samurai adventure story set during the Mongolian invasion of Japan, but when has a little thing like that ever stopped a game from being fun?

Zelda games are deeply immersive and quite time-consuming. Journey is like an entire Zelda game done as a short film — with a playtime of only about 2-3 hours, you can beat the whole thing in one sitting. Because of its limited length, it's far less involved — and the gameplay mechanics are more streamlined — but its fairytale-like setting, moving score, and fantastical beauty make it similar to Zelda’s universe.

The legacy of Zelda can also be seen in Capcom’s Monster Hunter World, in which both quests and combat take center stage. It’s a little bit thinner on whimsy than most Zelda games, but the lineage of its high-fantasy setting and enthralling 3D environments can be traced back to Link’s earlier journeys.

This eccentric and colorful interpretation of Norse mythology plays a bit like the oft-forgotten Legend of Zelda 2, which was more of a beat-em-up side-scroller than a dungeon crawler. Fans of Zelda’s stylized presentation will have a lot to love in this more female-focused stand-alone game by Vanillaware. The settings and sprites are to die for and seem almost hand-painted. Leifthrasir is technically an HD remake of the original PS2 game from 2007.