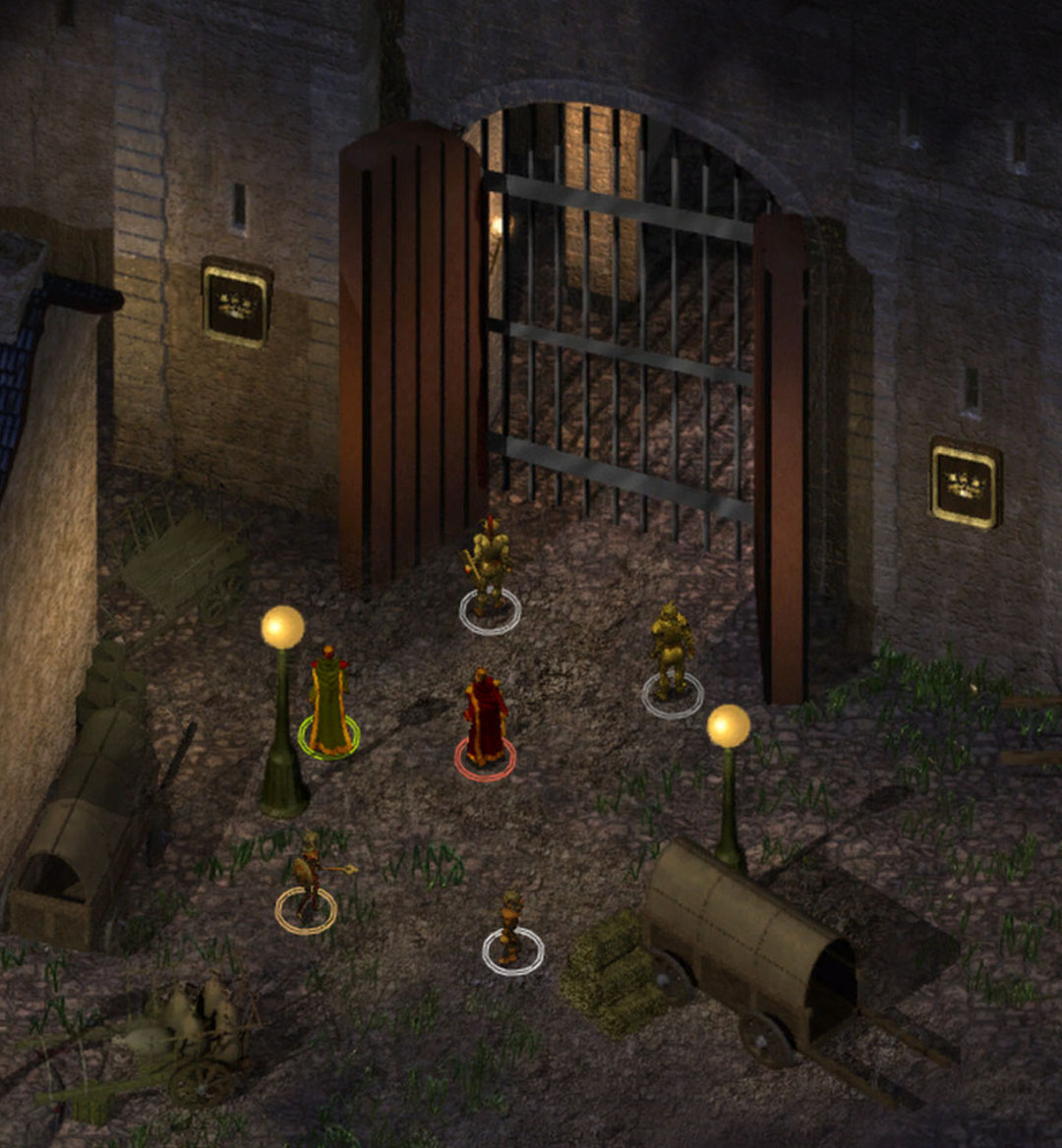 Birds-eye view, isometric style role-playing games are a relic of the past. A quality of a bygone era when computers and gaming rigs alike lacked the power to render environments properly. However, it says a lot when a studio intentionally chooses to adhere to such an art style. Divinity Original Sin is one such game that pays homage to top-down role-playing games while maintaining crisp visuals, though your mileage may vary based on what system you play it on. . Everything about the game, from its combat to the inventory system, is polished, making it so players can seamlessly take in the story with minimal distractions.

Bethesda’s current fantasy flagship, at least until Elder Scrolls 6 is released, Elder Scrolls 5 Skyrim has been a fan favorite for several years now. The game manages to balance excellent storytelling with Elder Scrolls' signature open-world setting. Unlike other role-playing games, where it’s easy to differentiate between side quests and the end-game plot, in Skyrim a number of quests have that main quest je ne sais quoi. Skyrim is a very busy game and that is meant in the best way possible.

At first blush, Fabled Lands may look like your run-of-the-mill fantasy epic and in many ways it is. However, as derivative as Fabled Lands might be there is a reason why so many come back to play these turn-based role-playing games. Fabled Lands is a role-playing game in the traditional sense of the word. You play the game with an accompanying text, that gives you details about the world and various situations. Fabled Lands is the first solid gateway to get involved with other RPG games like Dungeons and Dragons.

Guild Wars 2 tries to do many things and manages to do them all fairly well. Combat is easy to learn and even easier to master. Inventories practically organize themselves and the story, while not as epic as stories from other games on this list, if still fairly epic. Many of Guild Wars 2 systems can be found in modern games like Left 4 Dead. In fact, other game features, like the combat role, are featured in other games as well. Of course, I’m not saying Guild Wars 2 invented these various mechanics but its adoption of them makes for an interesting RPG.

Without a doubt one of the most underrated games on this list. Released in 2014, Black Desert is an MMORPG that, despite garnering a decent player base, languished in relative obscurity. The buzz surrounding Black Desert's unofficial sequel, Crimson Desert, has many taking a second and even first look at Black Desert. Black Desert combines stunning visuals with impressive gameplay. It doesn’t make a difference if you’re a magic wielder or a brawler, Black Desert was designed to impress. While the game’s story might not be anything to write home about, it’s still worth picking up at least until Crimson Desert hits markets.

A turn-based role-playing game in which managing one’s guild is as important as combat. Or so developers say as the Iron Oath is still firmly ensconced in its development stage. The product of a crowdfunding campaign, The Iron Oath is expected to be a straightforward role-playing game with few of the frills of other RPG games. Until the game is released, that will remain to be seen.

The 14th installment of a beloved fantasy franchise. Final Fantasy 14 was meant as a return to the fantasy aesthetic of the original games but it became so much more. There is something about this game that attracts so many players to its servers even after years. If you don’t believe me, look no further than developers continuing to support the game with downloadable content despite the game being so far removed from its 2010 release. As is usually the case with Final Fantasy titles, the visuals are awe-inspiring. This serves as a bit of a jarring contrast to the wooden characters. Final Fantasy 14 is a mixed bag but one well worth picking up.

Tyranny is one of those games that makes you think. A top-down RPG like many on this list, Tyranny shines thanks to its ambiguous and nuanced story. In the world of Tyranny, you find yourself working for a Melkor-like big bad, although you yourself aren't necessarily evil. Tyranny forces players to consider questions of morality while balancing that with a world that doesn’t exactly reward the righteous. It’s an interesting game that’s worth a look for that alone.

Pillars of Eternity offers players a thoughtful story thanks largely to the main character’s ability to see into the past lives of characters. Pillars of Eternity isn’t your standard sword-and-sorcery tale with gallant knights and damsels in distress, although it has plenty of that as well. The combat and gameplay set the standard for games of this kind, and overall, Pillars of Eternity can be a solid addition to anyone’s library.

4. 'Solasta Crown of the Magister'

Torment is a game that is heavy on the story and even heavier on the text. While that can be a problem for many games, it isn’t for Torment, a game that managed to gather some plaudits during its time. This game is all about the story, so much so that the combat suffers for it. In most people’s summation, however, it’s an even tradeoff.

A role-playing game in which the player quickly goes from suspected criminal to the leader of an inquisition. Dragon Age is a game that combines intense combat with an in-depth leveling system. It also helps that the game is one of the most aesthetically pleasing on this list with amazing graphics and meticulous character models.

Games like Pathfinder Kingmaker show that, in regards to role-playing games, mimicking tabletop RPG games is the easiest way to create something that will appeal to players. With few exceptions, Pathfinder Kingmaker plays more like a tabletop game than most other games of its kind. Everything from the combat to the inventory managing system is reminiscent of a Dungeons and Dragons campaign, which isn’t a bad thing. The combat can get a little repetitive but the game makes up for it in other areas. Overall Pathfinder Kingmaker is your best shot to recreate the magic of Baldur's Gate.