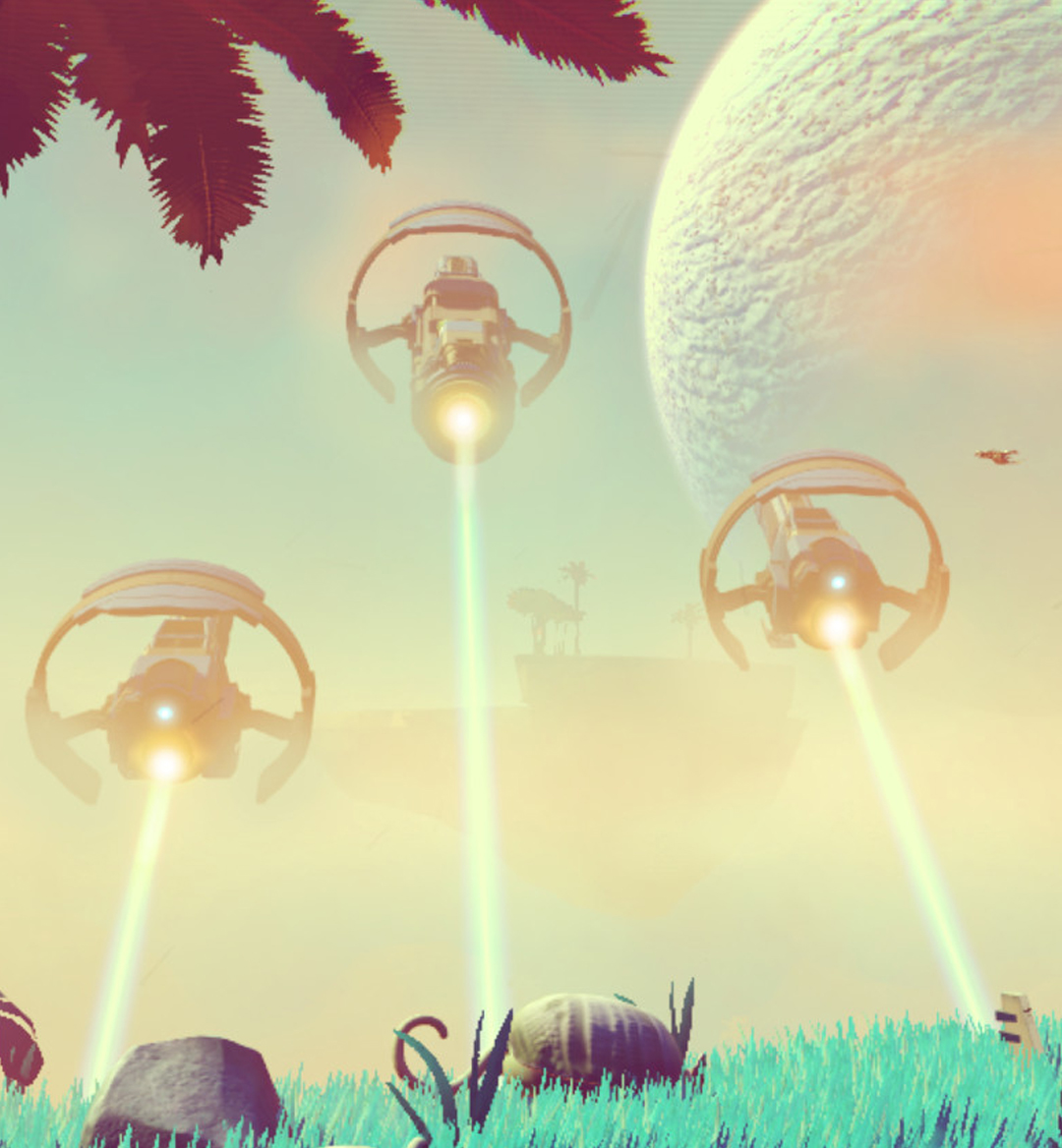 Today, No Man’s Sky is considered one of the major space simulation games, but the road it took to get to its current position was a bit bumpy, to say the least. First released in 2016 to unbelievable levels of hype, interest in the game plateaued among accusations of the game being a mile wide but an inch deep.

It took several months, but the developers at Hello Games made numerous quality of life improvements that transformed No Man’s Sky into a solid contender in an increasingly crowded market. The following are other games that could go toe-to-toe with No Man’s Sky.

There are several elements to No Man’s Sky gameplay. You have space combat and base building, but there is resource extraction before you can do all that. Think Minecraft in space, which is also a fairly apt description for 2019’s Satisfactory. Developed by Coffee Stain Studios, Satisfactory’s primary goal is to keep players from building the best base/factory they can. It’s not quite a city builder and not quite a space-focused game, but it is a consistent fan favorite worth a look.

Everspace 2 is the 2021 follow-up to the initial Everspace. Developed by Rockfish games, there was debate about whether or not Everspace should replace No Man’s Sky as one of the big three space titles, along with Star Citizen and another title on this list. No Man's Sky eventually ironed out its wrinkles, and Everspace developers went on to create a sequel that expands on the first game. Players take control of a spacecraft and explore an expansive universe teeming with danger.

At first glance, Boxelware’s 2020 hit Avorion looks like a run-of-the-mill space game. Everything from the design to the gameplay is streamlined in a way that makes Avorion different from other games on this list. In Avorion, players mine asteroids of natural resources to build space stations while fending off enemies. While the premise may sound simple, Avorion executes it in a way that doesn’t get old over time. While the game’s aesthetic can be a bit blocky at times, this is another title that’s worth a look.

Whereas other games don’t quite capture the difficulties of operating a starship, Pulsar Lost Colony shows just why starships require crews of multiple people. Released in 2015 by Leafy Games, Pulsar tasks players with keeping a starship running. Of course, doing so is easier said than done, as players must navigate all the daily tasks, large and small. Pulsar provides a realistic twist on the space game genre, which lends it a spot on this list.

A longtime favorite among space game enthusiasts. Released in 2015 by Squad, Kerbal Space Program is unique in the sense that it gives players the chance to play around in a sort of sandbox by making their own ships and space stations. The game has its own internal physics engine that players must work around if they want their science projects to be successful or go up in flames. This mechanic, combined with the game’s whimsical tone, made it a hit among players.

The OG space simulator. Released all the way back in 2003 by CCP, Eve Online has been the source of military and economic battles so intense, real-world news organizations will, on occasion, write about them. Players are free to do as they wish as they explore the game’s expansive universe, make allies, fight in battles and even manage entire fleets. The learning curve can get overwhelming at times, but mastering the game is its own reward.

One of the more obscure titles on this list, X4 Foundations was released in 2018 by Egosoft. It was designed to take the most exciting aspects of other space games and combine them into a single package. X4 Foundations features some of the best combat and unique stations on this list. It also features believable-looking alien lifeforms. It’s easy to tell the thought that went into this game. While the graphics could have been better for a game released in 2018, the overall package is worth checking out.

Space Engineers is another sandbox game that takes itself a bit more seriously than Kerbal Space Program. The game gives players the chance to build whatever they want and test it under the game’s physics. There aren’t many limits on what players can build, a feature that accounts for some of the incredible space stations seen in the game.

Like No Man’s Sky, Astroneer is a game that challenges players to escape planets by extracting resources. But it’s so much more than that. Players start out with very little making survival for more than a few minutes impossible. They can, however, build up their resources to create planetary outposts that allow them to live on the planet indefinitely. Once they’ve established on a particular planet, they can blast off and do the same thing again on another world.

Stellaris has garnered quite the cult following since its release in 2016. The game resonated with people who wanted a strategy game that wasn’t quite as in-depth as EVE Online. Stellaris has been so successful that the developers at Paradox Development Studio have steadily churned out DLC content, expanding on the game’s already comprehensive lore. For those wanting a more brainy challenge, Stellaris might be the game for you.

Eleon Games Studios tried and mostly succeeded with their attempt to build a No Man’s Sky clone in last year’s Empyrion. Like No Man’s Sky, players start on a desolate world where they must mine for resources to build bases. When players are ready, they can hop into their ships to explore a sandbox the size of the cosmos itself.

As one of the big three space games, Elite Dangerous was on the vanguard of the space Sim boom and, in a lot of ways, was the blueprint for games like No Man’s Sky. Elite Dangerous came about thanks to the work of the folks at Frontier Development. Elite Dangerous, while not as massive as No Man’s Sky, is still large enough to keep the most intrepid explorer busy. Giving players the chance to play as bounty hunters, mercenaries, miners, and explorers give the game a sense of depth others don’t have.