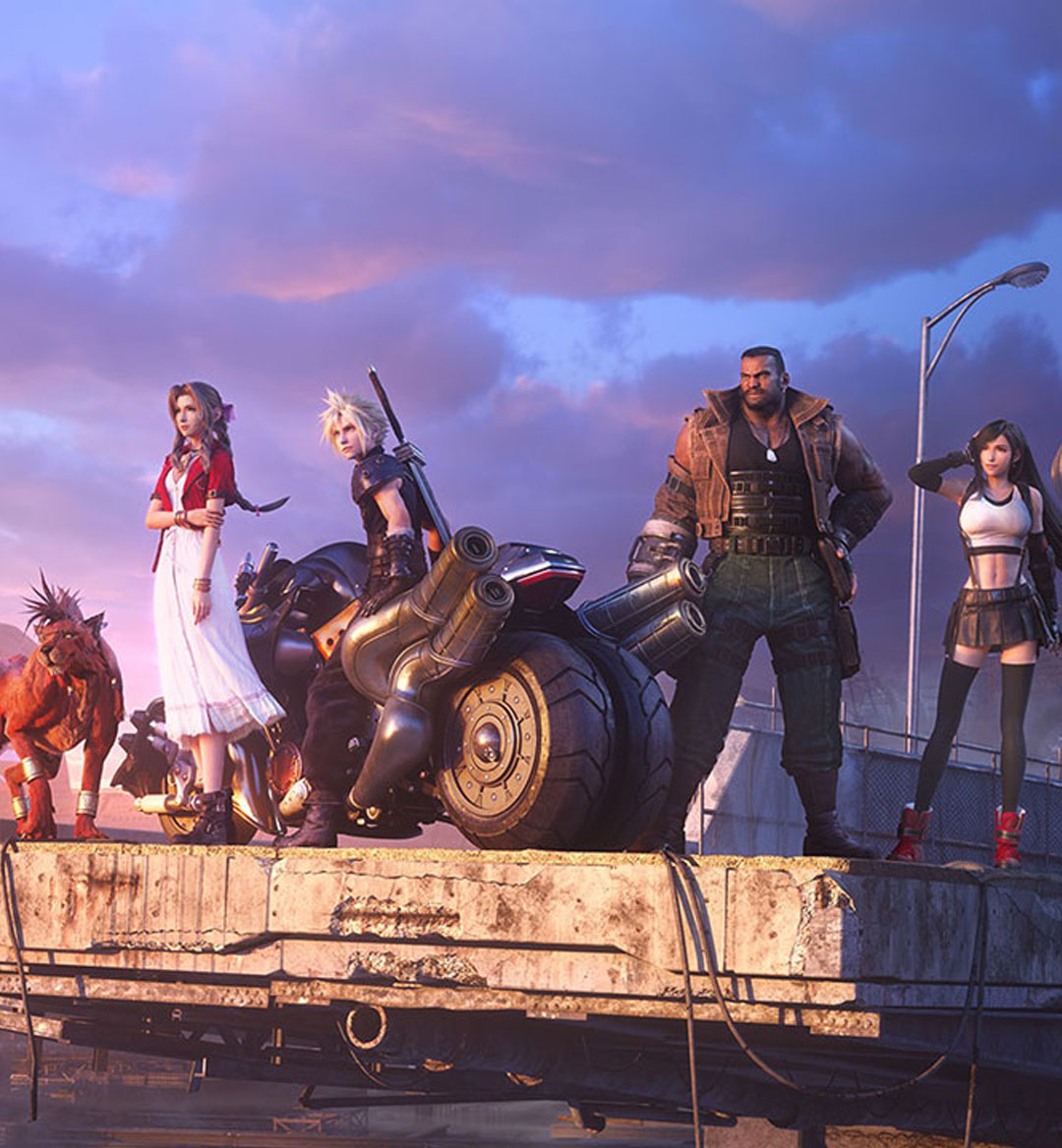 The fantasy genre has always commanded a large following. One can draw a line from the old tabletop games to modern fantasy role-playing games. Despite the number of games within the genre, few have managed to achieve the kind of popularity wielded by the Final Fantasy series of games.

One of the oldest video game series, Final Fantasy has no signs of slowing down. With each game telling a completely new story, the series is a testament to the depths of storytelling and imagination. Not all Final Fantasy games, however, were made equal. The following are the top Final Fantasy games.

The unsung hero of the Final Fantasy series, emphasis on unsung. Sandwiched between two of the best Final Fantasy games, Final Fantasy 9 seemed destined for obscurity despite it belonging to a wildly popular franchise. The game’s story is fantastical but nowhere near as epic as other titles. The characters are there but a bit hollow and one-dimensional. The character design was uninspired and generic. The game simply seemed like more of a placeholder for Final Fantasy 10 than a game meant to stand on its own merits.

There are certain elements Final Fantasy players have come to expect, whether it be turn-based gameplay, a certain rhythm to the leveling system, or recurring enemies like Bahamut. As one of the earlier games in the franchise, you can see those elements start to take shape. Final Fantasy 4 is neither bad nor exceptionally good. You can tell developers were still in the experimenting phase, testing how epic they can make a story without players rolling their eyes at the story. While there are cringe-worthy moments, they are overshadowed by a story that manages to stand on its own even when compared to better titles.

The calm before the storm that is Final Fantasy 7. Final Fantasy 6 was released in 1994 and tells a slightly more grounded story, well, as grounded as one can get in a Final Fantasy game. The game revolves around the exploits of the last person able to use magic. It’s an interesting story with ever-increasing stakes. Unfortunately, not much more about it is memorable.

One of the more charming entries in the Final Fantasy series that, unfortunately, lacks the player base due to executives pulling a Super Mario 2 and releasing a completely different game stateside. Eventually, the game was released in the west, and for the few who played it, they were pleasantly surprised. Successful players will take advantage of the game’s unique job options in which party members can switch jobs on the fly. This adds an extra element of strategy to several parts of the game. This game also takes great pride in its mini-games and sidequests, which help flesh out the world.

Not to be confused with Final Fantasy 10-2, Final Fantasy 2 was the blueprint for the franchise. It’s another game that, like earlier titles, is not ashamed of its traditional fantasy routes. Fans of Game of Thrones will especially enjoy this title due to the story’s echoes of the Brotherhood Without Banners. Gameplay-wise, Final Fantasy is the first to try something other than the traditional leveling system. Instead of players gaining experience points to burn on leveling, each player becomes stronger based on the battle tactics. For example, a Sword wielder will improve their swordsmanship, while spellcasters become more adept at magic. It’s a clever method to add a bit of reality to the game.

The start of it all. Final Fantasy was meant to be an epic role-playing game and it accomplished that in spades. While the graphics and gameplay may be a bit dated compared to the modern title, the game's story is where it shines through. Others might disagree on this point, saying that the game ultimately boils down to saving the damsel in distress. While they aren’t necessarily wrong, the path you take to get to the endgame makes it worthwhile. Buy it if you can find it.

Final Fantasy 5 was one of a handful of games that allowed players to mix and match jobs for their small party of five characters. Everything from mage to barge is available for players to play with until they manage to put together the ultimate team. Successful players will form their ideal team early due to how difficult Final Fantasy 5 is. With the popularity of difficult games like Dark Souls Final Fantasy 5 was a bit of a pioneer, in that regard.

Final Fantasy’s stab at being a MMORPG, Final Fantasy 14 is the natural evolution of a roleplaying game that has been around as long as Final Fantasy has. Final Fantasy 14 blended elements longtime Final Fantasy enthusiasts have come to expect with gameplay simple enough to bring in a slew of new players. While the game wasn’t as large as other MMORPGs but it did provide content at a consistent enough pace to keep things interesting. The game also has some of the most breathtaking cinematics.

I struggled with where I should put this game. Final Fantasy 13 is without question one of the best final fantasy games and, yet, it still manages to be wildly underrated. I would go so far as to say that this game and this game alone comes close to rivaling Final Fantasy 7. Not only does it have one of the most iconic main characters, but the supporting cast is every bit as dynamic as those found in FF7. The story also lends itself to a fully fleshed-out world that is entirely believable despite being as fantastical as they come. Final Fantasy 13 goes above and beyond expectations and is well worth your time and attention.

Final Fantasy 15 will take some getting used to. The aesthetics are a bit more modern and grounded than fans are used to and the non-turn-based combat system is a bit more fast-paced than people are used to. Once you get used to the things that make Final Fantasy 15 different, however, it becomes easy to see what makes Final Fantasy 15 so great. It’s a departure from past titles in both gameplay and leveling. It takes place in a world that could very well be our own, minus the roaming monsters of course. In spite of this, however, the game manages to tell a fantasy story that is heads and shoulders above some of the other titles on this list, and that’s saying a lot. You won’t get bored exploring the carefully crafted world developers put together.

Four years and three games removed from Final Fantasy 7, there were no expectations to recreate its magic. This gave developers a certain level of freedom that they capitalized on. The simplistic leveling system of the previous games was gone, replaced by a leveling map that, at first blush, looked prohibitively complex. It didn’t take long to get used to, however, and players quickly learned that Final Fantasy 10 added an element of strategy to its leveling system. This was one of several revolutionary gameplay elements introduced in Final Fantasy 10. But it wasn’t just the gameplay that made this title so special. Final Fantasy 10 tells the story of a cast of characters accompanying a doomed priestess all the while trying to find a way to save her life. Along their journey, they are met with trials that put a dark spin on this amazing title.

It was a solid effort, it really was, but the folks behind 1999’s Final Fantasy 8 came up short. Hot on the heels of the previous game’s monumental success, developers were expected to make a follow-up that rivaled Final Fantasy 7. Final Fantasy 8, however, couldn’t quite live up to the expectations placed before it by its predecessor. That doesn’t mean, however, that Final Fantasy 8 isn’t iconic in its own right. Most gamers over the age of 25 will know exactly what you are talking about when you mention a gun blade. Much like its predecessor, the game is filled with iconic characters and memorable moments. While the game’s pacing may be a bit slow near the beginning, overall it’s one of the best Final Fantasy titles there is.

While some feel the recent remake doesn’t quite have what made the original resonate with players, it still benefits from the original’s legacy. Everything from the unforgettable cast of characters to the epic story, makes this worth playing.