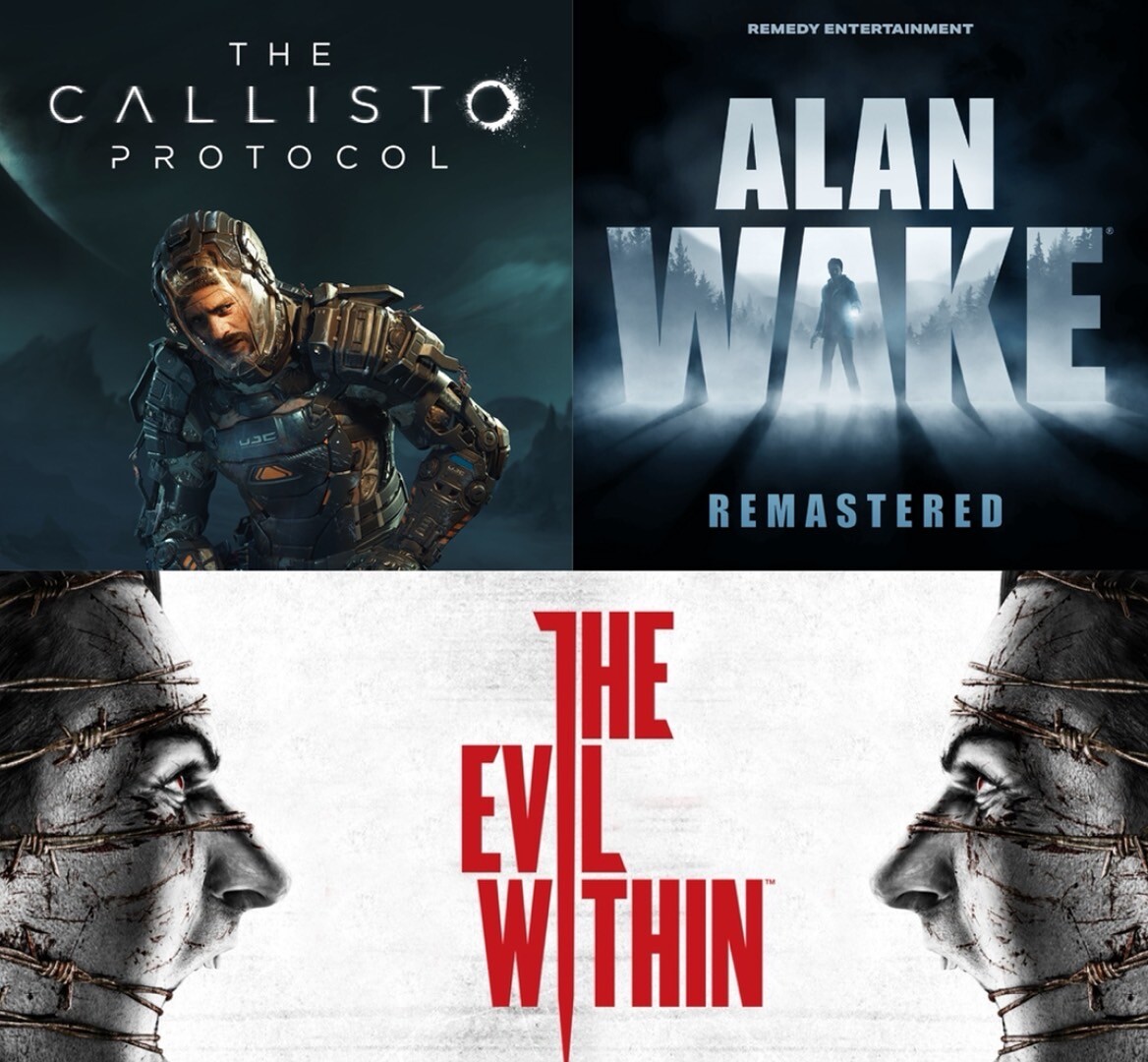 The shocking news of the Dead Space remake had fans around the world rejoicing. The game was originally released in 2008 and later this month (January 27, 2023), millions will finally get the chance to play the game they fell in love with fifteen years ago in an improved manner for this generation of gaming, while others get to enjoy it for the very first time. The game is all about fighting through a spaceship, coming up against Necromorphs, and your own character’s psychosis. It’s equal parts thrilling and terrifying, making for one of the best experiences in gaming. Whether you want a little dose of that kind of game before you dive in, or you’ve already played the game and want something to fill that hole in you, check out our list of the 18 best games like Dead Space below.

RELATED: The 34 Best Survival Horror Games That Will Scare You to Death 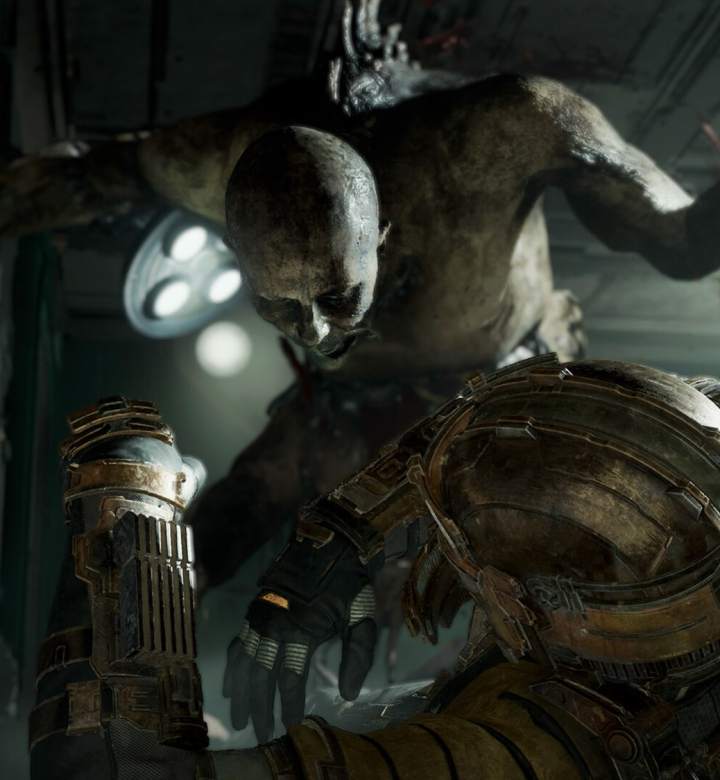 Originally released in 2010, with a remastered version dropping in 2021, Alan Wake is a great game for Dead Space players who liked the feeling of needing to be resourceful for whatever may lie ahead. The game has a sequel expected to drop later this year (2023) so now’s the perfect time to try it out in its new and improved remastered form.

Released in 2014, Alien: Isolation is a game that takes place fifteen years after the events of the original film. As a horror game set in space, it’s a perfect one for Dead Space fans and if you’re a fan of the film franchise, it’s a great one to try out because it carries over the same atmosphere from the films very well. The survival horror in space vibes are very in tune here for gamers on the lookout for games like Dead Space.

We have the last game in the series listed here, but we recommend playing the entire series if you can. It’s action-heavy but doesn’t miss much when it comes to suspense and a creeping feeling of immense dread. With this series’ unique settings and stories, they really feel like they live in their own world.

Although this is an action RPG – and one of the better ones, ever by the way – its incredibly dark and eerie atmosphere might just give Dead Space fans a dose of their favorite game. If you don’t mind trying, failing, and trying again until you succeed, this is a great game.

Control is set in the same universe as the aforementioned Alan Wake games, containing a few references to them. But you don’t need to have played those to be able to appreciate Control at all. It’s an action-adventure effort that offers some unique combat mechanics and some fun, difficult puzzles.

Released first in Russia in 2008 and then the rest of the world throughout 2009, Cryostasis: Sleep Of Reason is a game that’s hard to come by now and is little-known to those who didn’t play it when it came out and hardcore horror game fans. It’s a psychological horror experience that has some great mechanics, including body heat acting as a health system and taking over people’s bodies within their memories to change the course of history.

The Doom series is one of the most beloved in gaming. This game is a reboot of it and doesn’t continue from the previous games, so you can pick it up and play it without context. It’s a survival, horror, and first-person shooter in one. You play as a Space Marine and fight enemies that will give you flashbacks of all those vicious Necromorphs, which is why this pick is perfect for fans of games like Dead Space.

If what you liked the most about Dead Space was the fear it put in you as soon as you pick up your controller, then try out Dying Light because it does a similar thing for many. There are few things more frightening than leaping from rooftop to rooftop, trying to escape a Volatile at night, and looking back to see it right on your tail.

Released just a couple of months ago in 2022, Evil West does what it says on the tin. It’s a third-person shooter that equips players with multiple great weapons and tasks them with protecting the American Frontier from a supernatural threat. The combat is violent and the story is gripping.

Infliction doesn’t take place in space, but its eerie atmosphere and the fear it can put into you will more than make up for that. You’re discovering the death of your wife in a genuinely scary way, always wanting to look over your shoulder.

In Metro 2033, you play as Artyom. The game is set in Moscow where you and other survivors of war have taken refuge in the Metro tunnels there, hence the name of the game. As well as humans and mutated humans, radiation acts as an enemy here. Having to keep track of your gas mask filters feels a little like keeping track of your oxygen in Dead Space.

Released in 2017, Prey is a game that sees you waking up on a space base that has been taken over by enemies that can mimic random objects, making for some great jump scares. It’s a sci-fi and horror game, so even with other slight differences, Dead Space fans should be well-fed here.

2005’s Resident Evil 4 is one of the best games on this list for Dead Space fans to try, simply because of its influence in its own genre. It popularized the over-the-shoulder third-person view that Dead Space itself uses and has other cultural impacts too. You play as Leon Kennedy, who must rescue the U.S. President’s daughter, Ashley Graham. If you can wait a few months to play this game, there’s a remake coming out in March.

Despite the fact that SOMA is set in an underwater remote research facility, exploring it does feel a lot like traversing Dead Space’s environment. The game puts an extra focus on the narrative and to do that, it sacrifices an inventory management system that was present in the developer’s previous efforts. All in all though, it’s an experience that will be a treat for Dead Space fans to dive into.

Released in 1999, System Shock 2 is a game that arguably influenced Dead Space in many ways. It’s a spiritual successor to BioShock that puts an emphasis on scarce materials and ridding your environment of monstrous creatures. Keep an eye out for the remake that's set to drop sometime in 2023.

Admittedly, many people were iffy about The Callisto Protocol. It’s by far the newest game on this list, seeing its release just last month. Its development was directed by Glen Schofield, who hardcore Dead Space fans will know as the co-creator of that series. As a result, the game is incredibly similar to Dead Space in its concept and visual style and could even be mistaken for a game in the series at a glance, making it a must-play for Dead Space fans.

The Evil Within was developed by Shinji Mikami, the creator of the Resident Evil series, so there are naturally some similarities there, but it does a great job of standing on its own two feet. It’s a game that revolves around mystery and combat and boasts a sequel that outdoes the first game, for many.

It might not be one that you think immediately of when pondering games like Dead Space, but we trust that you’ll be as impressed with the experience. If you do want it to be a more similar experience to Dead Space, avoid some of the stealthier moments. You can also save a few dollars by playing the remastered version of the game as opposed to the recent current-gen remake. Either way, you'll be treated to one of the best post-apocalyptic thrillers in gaming (make sure to play Part II, too!).