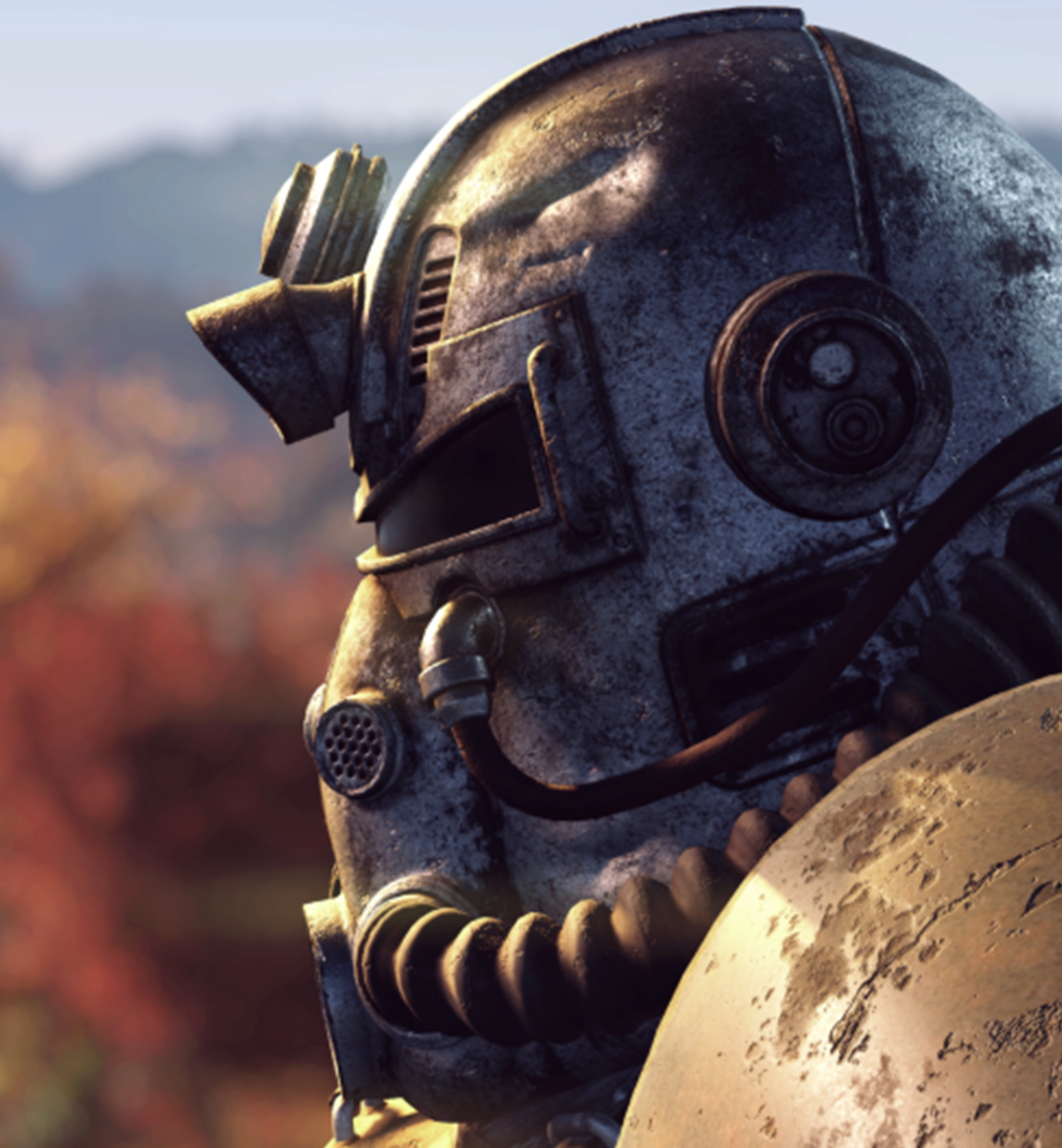 “Mad Max” is a game like “Fallout” that we recommend. / Avalanche Studios

Publisher and development studio Bethesda, known for revitalizing the Fallout franchise with amazing action RPGs, has fallen out of favor with gamers. Fallout 3 and Fallout: New Vegas were outstanding last-gen experiences that took players into a post-apocalyptic expanse full of oddities to shoot and interesting conversations to participate in. And while Fallout 4 may have split fans regarding its overall quality, it still offered a worthwhile experience for those used to the franchise’s formula. Fast-forward to the highly lambasted Fallout 76 however and you now have a Bethesda that’s no longer as beloved. Bethesda just doesn’t have the juice anymore—so if Fallout 76’s unfinished state and unfulfilling gameplay depressed you to no end, keep hope alive because here are 14 games like Fallout in the wild that provide the type of themes you’re used to getting from the Fallout universe. These titles offer massive post-apocalyptic locales, nuclear monstrosities to blast and locals to chat with during your journey. 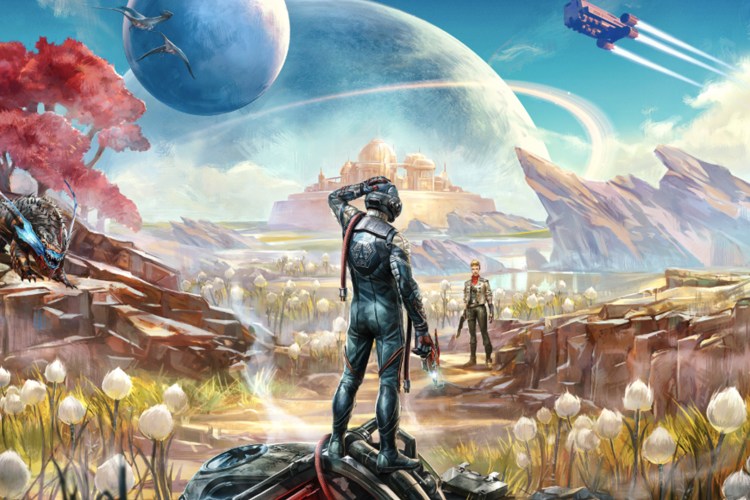 Fallout fans should be familiar with Obsidian Entertainment—the one responsible for putting out one of the better series installments, Fallout: New Vegas. Obsidian’s 2019 action RPG release, The Outer Worlds, offers everything you loved in previous Fallout games, but does so in an alternate future set in 1901. Mega-corporations are in control of various planets due to colonization efforts. As a newly awakened spaceship passenger who was set to start a new life on a space colony, you chart out a new path and interact with galactic factions along the way. The Outer Worlds lets you map out your own adventure by tinkering with your character’s stats, maneuvering them through interesting conversations and putting them alongside trusty allies during intense first-person skirmishes. 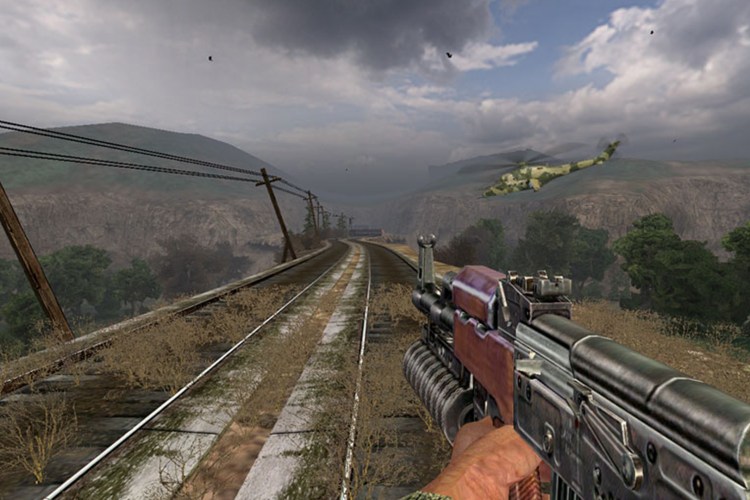 In the world of this survival horror-themed first-person shooter, you’re tasked with heading into threatening territory. As the “Marked One,” your main goal entails moving through the dreaded Zone and taking out the mysterious force known as the Strelok. What makes your journey through the Zone such a terror-filled adventure is the fact that it’s smack dab in the middle of the area contaminated by the game’s second Chernobyl Disaster. This immersive title tests your survival skills as you gather helpful materials, artifacts that alter your stats and weapons that help you fend off the Zone’s many monstrosities. S.T.A.L.K.E.R.: Shadow of Chernobyl is a classic FPS experience that’s still worth venturing into. 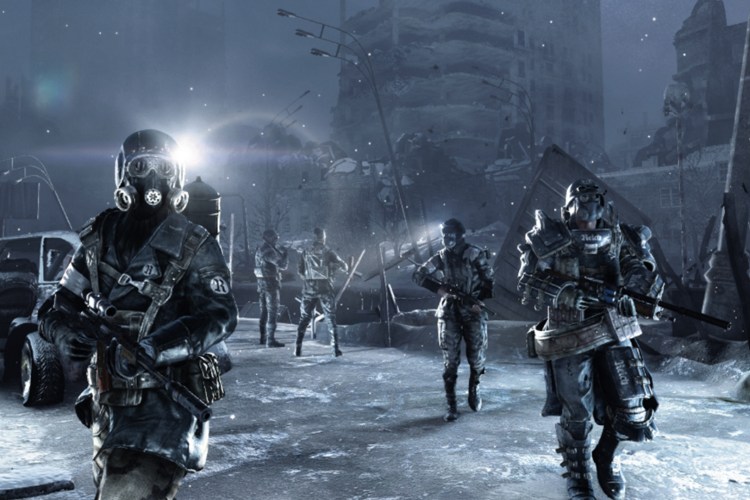 Nuclear war has stricken Moscow and forced the few remaining remnants of humanity to go underground. As Artyom, you travel through a litany of dark tunnels within the Metro and even venture above ground during your struggle against rival factions and the Dark Ones. If you’re looking for a survival FPS with a strong narrative and the type of difficulty that truly tests your mettle, then this 2-in-1 pack is a fine pick. Metro: Redux features visually and mechanically enhanced renditions of Metro 2033 and its sequel, Metro: Last Light. Extra features that offer a more challenging experience for both games and a host of other improvements make this collection the definitive way to play the first two Metro games. 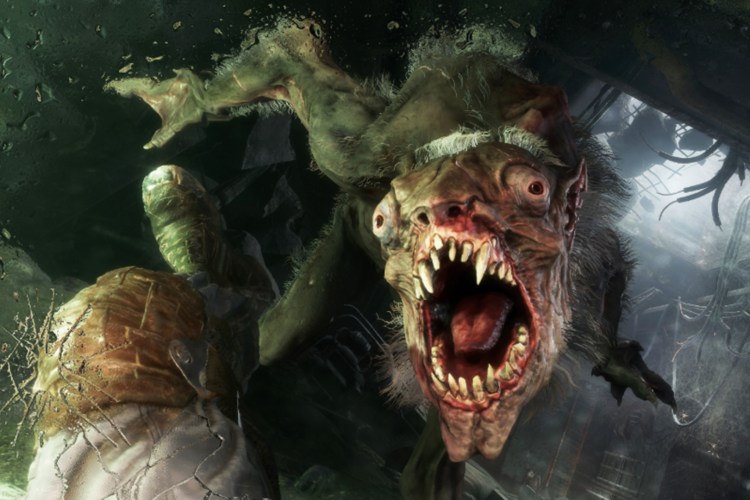 Once you’re done dealing with the many threats that come your way in Metro: Redux, you’ll be fully prepared to head into the franchise’s third adventure. In Metro Exodus, you’re once again placed in the role of Artyom. But this time, you permanently leave the underground Metro and head out on a dangerous trek across several continents aboard a locomotive called the Aurora. As you land in different open sandbox locales and more linear areas, you’ll have to contend with other survivors and some truly horrific beasts stricken by nuclear toxins. Metro Redux presents the series as a whole in a current-gen light and smartly builds upon the best features seen in the previous two installments. 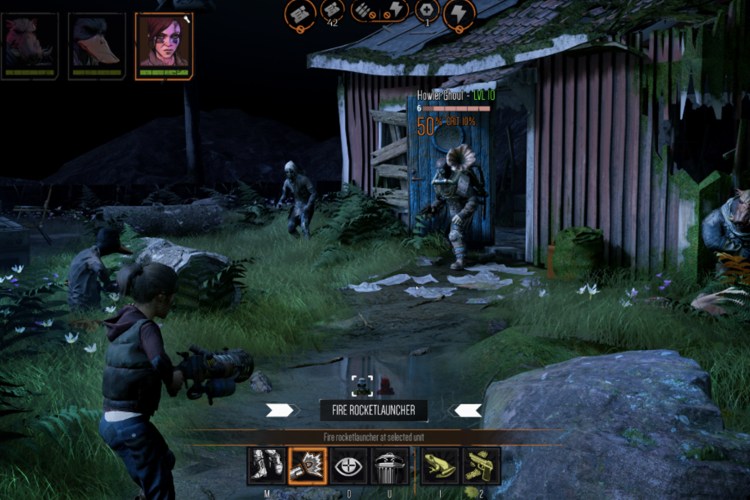 Mutant Year Zero: Road to Eden takes place within a world ruled by mutants. The aftermath of a deadly outbreak and global nuclear war have resulted in this new set of hybrid humans/animals, who now live their lives scavenging for goods and fending off vicious Ghouls. While this entry doesn’t take place from a first-person perspective, it still offers the type of post-apocalyptic thrills featured in recent Fallout games. Mutant Year Zero’s most commendable mechanic is its combat system, which is tactically similar to the one seen in the XCOM series. You’re going to be doing a whole lot of sneaking, scavenging and shooting during your mutant-filled journey through Mutant Year Zero: Road to Eden. 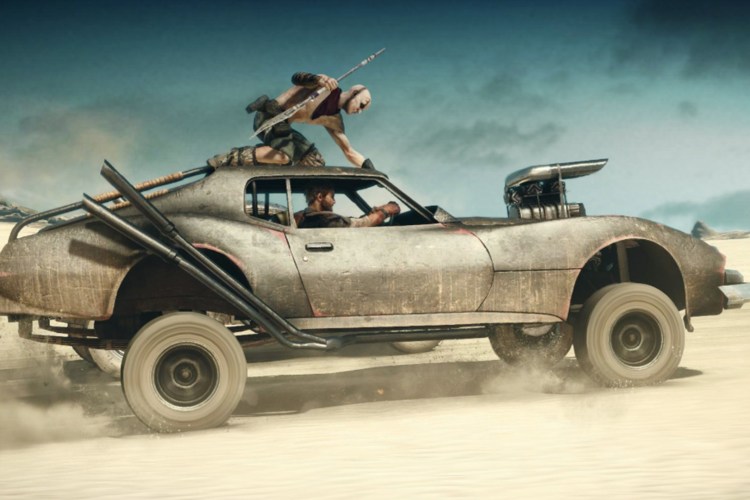 It may have taken far too long to get one, but gamers finally received a AAA-level game based on the cinematic world of Mad Max in 2015. Everything you’ve come to expect from an interactive Mad Max experience is present and accounted for in this title—a massive desert location, high-octane vehicular combat, survival tactics and a super charismatic side character. There are moments of blood-pumping driving in your trusty Magnum Opus and on-foot gameplay segments that let you put Max’s melee/firearm skills to the test. Mad Max is a shining example of a game based on a film franchise that does a good job of replicating the best parts loyal fans have come to appreciate. 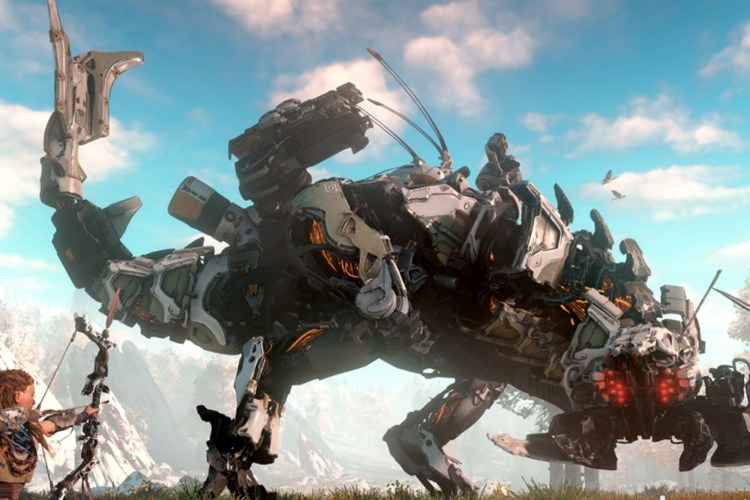 This PlayStation 4 exclusive has you dealing with mechanized dinosaurs and other types of creatures instead of nuclear ghouls. With a bow and arrow in hand, you’ll move throughout a variety of gorgeous locales and attempt to discover Aloy’s mysterious origins. The post-apocalyptic world you’ll do all of your hunting and gathering in is ruled by some massive robotic wildlife that takes careful planning and execution to take down. By gathering the materials earned from those creatures, you’ll be able to upgrade Aloy’s equipment and have the means to take on even bigger mechanized beats. Horizon Zero Dawn and its much “frostier” expansion, The Frozen Wilds, offer PS4 owners an incredibly absorbing undertaking.

8. ‘The Last of Us Remastered’ 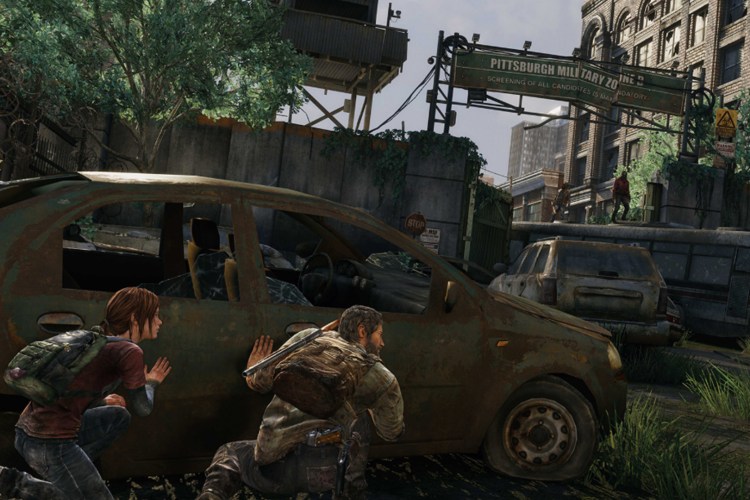 Naughty Dog’s highly celebrated PS3 epic (besides Uncharted, of course) has thankfully been brought over to the PS4 in remastered fashion. If you’re not up on The Last of Us at this point, then you’re truly bugging. Here’s a brief summary of The Last of Us’ engrossing tale: You’ll follow Joel and Ellie, two virus outbreak survivors who must rely on each other in a world ruled by infected humans and equally vicious survivors. The game’s single-player campaign will most definitely tug at your heartstrings and keep you on edge as you try to keep Joel and Ellie alive during their perilous journey. The Last of Us Remastered also comes with a surprisingly competent online multiplayer suite and an impressive prequel chapter that puts the spotlight on Ellie and her best friend. 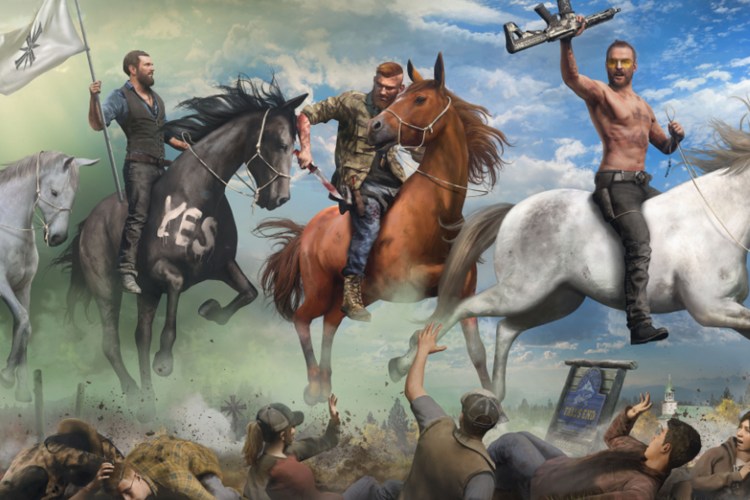 Ubisoft knows a thing or two about crafting first-person shooters in locales full of NPCs worth developing camaraderie with. With the fifth installment in the Far Cry franchise, Ubisoft has chosen to place the game in the good ol’ U.S. of A. You set out to take down a dangerous cult leader and put an end to the congregation known as the Project at Eden’s Gate. Once an initial plan to take down Joseph Seed goes awry, you set out on your own and attempt to right the wrongs within Hope County. Far Cry 5 gives you all the tools necessary to see that plan through and lets you call on the aid of non-cult members to help push you towards your own version of salvation. 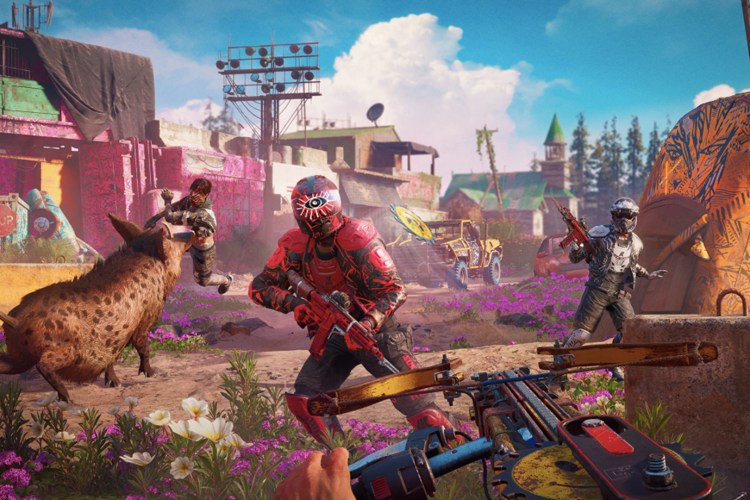 After you’ve sat through the epilogue in Far Cry 5, you’ll be able to continue on through the aftermath in this direct sequel. Seventeen years have taken place since the events of this sequel’s predecessor. Hope County looks a whole hell of a lot brighter thanks to a world-altering event. The strange post-apocalyptic setting you’ll be placed within asks you to take on a crew of raving bandits known as the Highwaymen, who set out to disrupt the plans of a peaceful township. It’s up to you to stay well-armed and keep a few loyal Guns/Fangs for Hire within arms reach during your new mission. There are treasure hunts and cool Expedition quests to enjoy this time around, which makes Far Cry 5 New Dawn a fun spin on the adventure that came before it. 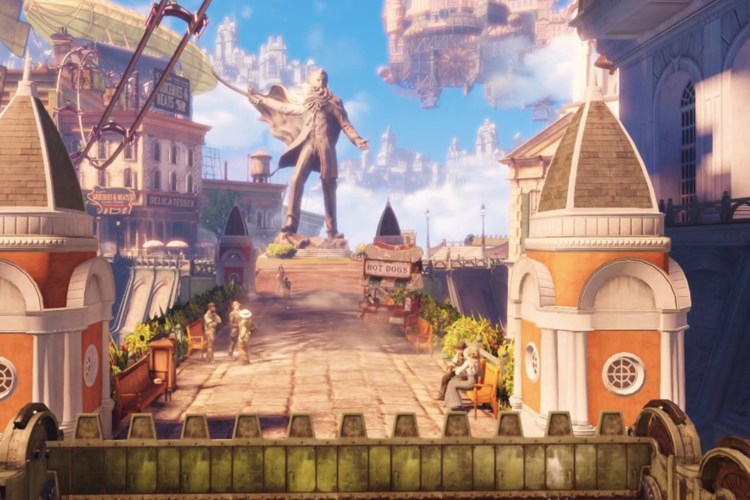 Irrational Games’ magnum opus is the original BioShock, a thought-provoking game that challenged players’ morality and thirst for power. Maneuvering through the remains of the underwater city of Rapture defined this FPS and added a ton of meaning to your decision-making. BioShock 2, a sequel that lets you wield the power of the dreaded Big Daddy, was a solid follow-up for series fans. Both games embody the type of experience Fallout fans are looking for—an FPS that’s given more levity due to a heavy storyline and an interesting plasmids power-up system. With this collection, you get to play both games and the additional DLC expansions that came with the second game and BioShock Infinite (which is another worthwhile bonus game you need to play). 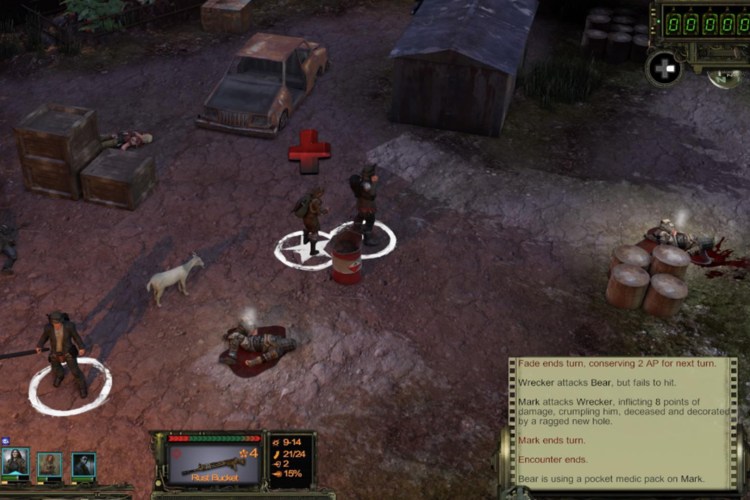 The original Wasteland came out back in 1988. Fast-forward to 2014 and inXile Entertainment partnered with Deep Silver to produce a sequel no one ever thought would exist. This enhanced edition of the top-down RPG takes place within an alternate history timeline where nuclear war and a meteor crash have impacted planet Earth. Wasteland 2: Director’s Cut has a similar playstyle to the earliest Fallout games, which should be expected since this game comes from the original producer behind those retro titles. You and your Desert Ranger squad have your work cut out for you during your trials through the harrowing fallout zone. This Director’s Cut enhances the visuals, throws in extra squad customization mechanics, adds precision strikes for battles and features more lines of spoken dialogue. 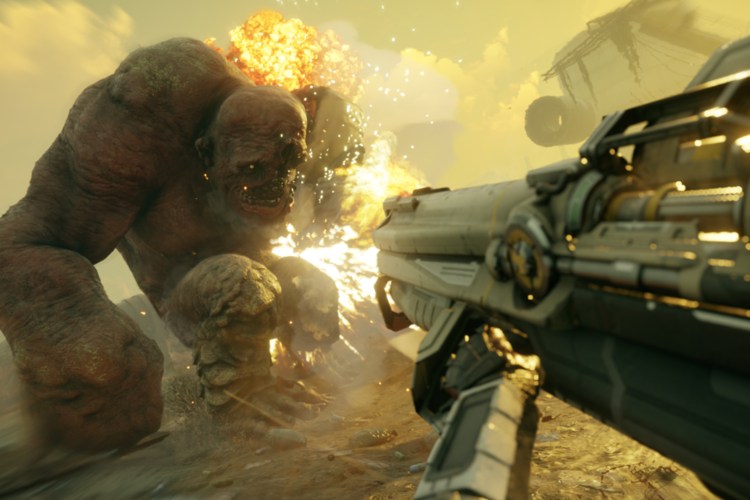 If Fallout’s dreary and somber environments bummed you out, then RAGE 2’s zany and bombastic world should lift your spirits. Your main protagonist is Walker, the last surviving Ranger of Vineland. The Authority has laid waste to your people and now it’s time for you to exact your revenge. The vast open-world you’re placed smack dab in the middle of is packed with baddies for you to blast, cool NPCs to chat with and big vehicles slam into with your dune buggy. Hideous mutants and members of The Authority will feel your wrath as you unleash your Nanotrite-based powers. The gunplay is exceptional and the on-road segments are just as fun to participate in. RAGE 2 is a post-apocalyptic thrill ride. 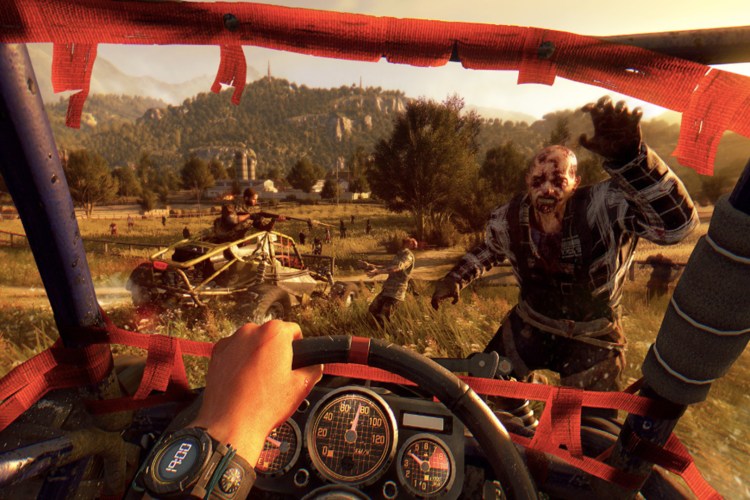 Dying Light’s storyline premise may be unoriginal, but its strong gameplay and remarkable parkour movement system give it an extra leg up on other post-apocalyptic survival games. After landing in a quarantine zone called Harran, you step out under the guise of an undercover agent to make sense of your current whereabouts. Your mission objective becomes a bit tangled once you discover the plight of Harran’s survivors, which leads you down a path of turmoil and redemption. Your journey becomes that much harder as you’re forced to hop all over the place and smash zombies in the face all the while. The Enhanced Edition comes with every amazing expansion Dying Light offers and then some. Zombie killing and rooftop running have never been more fun.

Play This Game
Slide 1 of 3
Did you like this article?