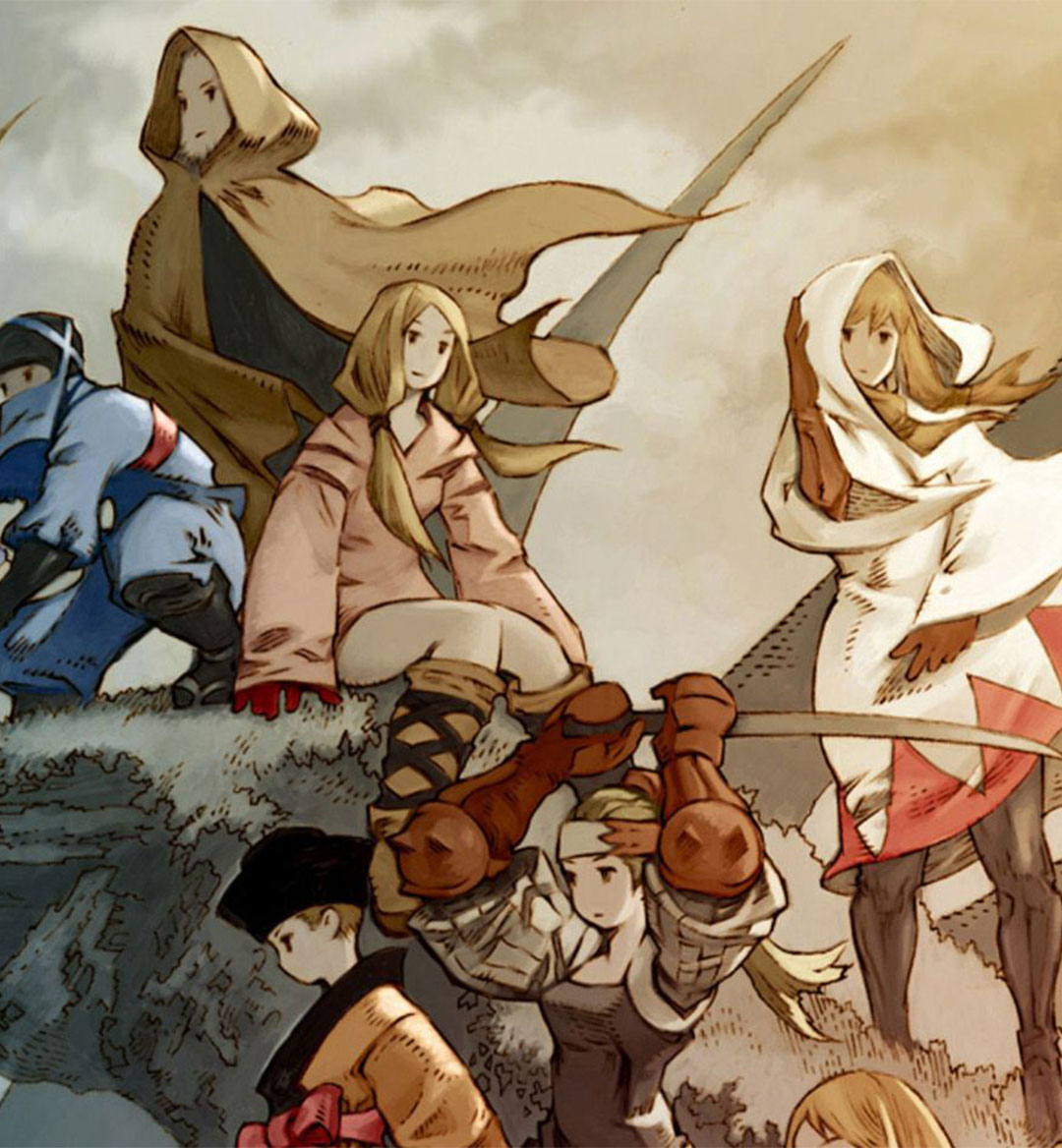 Square Enix’s Final Fantasy franchise has spread itself across a nice variety of non-RPG genres. Fans have been engaged in some furious Chocobo racing, tapped along to their favorite tunes in rhythm games, and gotten quite addicted to some card-based minigames. Once Final Fantasy stepped into the realm of strategy RPGs for the first time, an instant classic was born.

Final Fantasy Tactics is highly regarded as one of the greatest tactics-based RPGs of all time. The war between two noble factions in the kingdom of Ivalice came to define its absorbing storyline, while its incredible battle sequences pushed it to legendary status among the hardcore strategy RPG crowd.

If you’ve already experienced everything Final Fantasy Tactics has to offer and are hungry for more, then allow us to make you aware of 16 strategy RPG games that will leave you more than satisfied. If you’re in the mood to sink countless hours into complex battles and build your party into a formidable coalition along the way, then these titles are indeed a must-play.

Ogre Battle is an OG in this strategy RPG game. It first entered the minds and hearts of fans when it launched in the mid-90s for the SNES. The series’ best entry to date has been Tactics Ogre: Let Us Cling Together, which arrived on the PSP as a full-fledged remake. Prepare yourself for some medieval clashes as you encounter all manners of opposition within the Kingdom of Valeria. If there’s any strategy RPG that’s 1:1 when compared to Final Fantasy Tactics, it’s Ogre Battle.

Diehard Nintendo fans have seen Marth, Roy, Ike, and the rest of the Fire Emblem gang put in work in the Super Smash Bros. series. All those master swordsmen have a main gig besides beating up other Nintendo icons, however - fighting for their associated kingdom and delivering justice to the evil forces that look to disrupt them is what they’re really good at. The very first game in the series is finally playable on the Switch, plus there’s a ton of portable series entries that are worth revisiting. Fire Emblem: Three Houses is now available on the Switch, which is another quality entry that features a focus on leading a class of young soldiers into battle.

In the case of Tenderfoot Tactics, the goblin race isn’t the bad guys this time around. They’re actually the protagonists you’ll lead in an effort to beat back an overwhelming threat known as the Fog. What’s instantly eye-catching about this title is its minimalistic art design. And thankfully, the game’s huge sense of freedom when it comes time to explore and the manipulation of the elements around you during battle is just as strong as Tenderfoot Tactics’ striking graphics.

This game totally looks like it dropped in the early to mid-90s for the 16-bit console you still look back on fondly. But in actuality, Tactics V: “Obsidian Brigade” dropped in 2019 and is a loving homage to those types of games. This game’s combat system is as deep as you’d expect - there’s a huge offering of gear, character classes, skills, magic powers, etc. to wrap your head around during your time spent with it. A training mode is a part of the package, so you can get a thorough understanding of Tactics V: “Obsidian Brigade’s” many mechanics before you participate in battles with huge ramifications.

Fell Seal: Arbiter’s Mark transports its players to a world rich with strife and intrigue. Plus it throws in a few steampunk elements to give its fantasy locales a bit of extra flair. As an Arbiter agent of the Immortal Council, you attempt to preserve order through the army leading efforts of Kyrie. This game’s story is engrossing, its class system is intuitive, and its battle system is as addictive as one might expect.

The long-standing legacy of the mythical King Arthur takes quite the dark turn in Sword Legacy: Omen. Rather than take control of an all-powerful knight himself, you step into the role of a vengeful knight named Uther. Alongside the legendary mage known as Merlin, you set out across Broken Britannia in an effort to retrieve Excalibur. As a master strategist, you’ll lead your forces into battle against vicious mobs and manage the mental well-being of your warriors all at the same time.

Fae Tactics is a whimsical strategy RPG that goes the full 16-bit route for its delightful presentation. In it, you play as Peony and place yourself in the middle of an ongoing conflict between the human race and a race of magical beings known as the Fae. Along with managing your party of allies on the battlefield, you’ll also get to call on the assists of Fae creatures and wield the magical elements that can turn the tide of battle in an instant.

Instead of commanding medieval warriors in a mystical land, the Front Mission series throws you headfirst into a realm full of giant mechs called Wanzers and modern technology. The main strategy RPG entries in the series are all worth diving into, especially the DS version of the very first game. Managing every part of your favorite Wanzers and utilizing them in an effort to blast apart the opposing mechas in your warpath are the main attributes that prop the Front Mission franchise up.

The Disgaea series is completely bonkers. Any game that features talking penguins that utter the phrase “dood” on the regular clearly embraces the more outlandish elements of gaming. The game’s battles can get pretty wild as your units can fling each other to other sections of the battlefield. Plus the damage numbers can balloon to insane amounts the further you level up your party members. Disgaea’s storylines will forever be wild and full of humor, so there’s plenty to appreciate about this zany franchise as a whole.

Surviving high school and all of its many cliques are a scenario folks know all too well. Wintermoor Tactics Club lets you experience that period of your life all over again through the eyes of three students who must tap into their fantastical alter egos to navigate their troubles at Wintermoor Academy. The game’s plotline lets you experience it all via a visual novel-style approach and its battles let you apply your best strategies against rival high school clubs.

This pick on our list might just be the first strategy RPG we’ve ever seen that sticks to a seasonal format release schedule. Players can look forward to becoming a Troubleshooter, who’re civilians that have been given the opportunity to play the part of the authorities in the nation of Valhalla. Albus is one of those individuals who take on that role alongside other capable colleagues, which means you’ll get to utilize their unique skill sets to maintain order. The high multitude of character classes you can master will be sure to keep you enthralled during your time spent with this one.

Children of Zodiarcs mixes its deep strategic gameplay with the always welcome element of card decks. Plus you’ll get to apply stat boosts to your abilities due to a physics-based dice system. This game happens to be published by Square Enix and developed by Cardboard Utopia, so you just know its strategy RPG mechanics are super legit. The party you’ll take control of is led by a character named Nahmi, who sets out to take down the greedy, corrupt elite in the fantasy realm of Lumus. You’ll quickly find yourself getting sucked into this game’s well-tuned combat system as you grow accustomed to customizing each character’s signature card abilities and putting them to good use on the battlefield.

If Norse mythology is more of your thing, then The Banner Saga should definitely appeal to you. The three games in the series tell a grand tale about two characters as they do everything in their power to protect their caravan from a race of beings that hates the human race. When it comes time to get into some hacking, slashing, and shield bashing, you’ll need to be extra careful since the threat of defeat can greatly impact the well-being of your caravan.

The Project X Zone games provide one of the best examples of fan service in playable form. As a follow-up to 2005’s Namco x Capcom, the Nintendo 3DS titles let you mix and match a collection of units that originate from Bandai Namco, Sega, and Capcom. As you navigate both games’ zany realms, you’ll encounter familiar baddies and put a stop to their evil plans with some outlandish team combos. Tearing up your foes as Jin Kazama/Kazuya Mishima, Akira Yuki/Pai Chan, Ryu/Ken, and several other recognizable duos never get old.

Valkyria Chronicles embraces strategy RPG elements but also makes sure to change up the formula by incorporating active movement and third-person gunplay. Thanks to those two main factors, gamers have showered the series with praise and given it the attention it so richly deserves. Thankfully, each of the mainline games offers compelling storylines that follow a crew of unlikely soldiers as they fight valiantly to defend their friends, family, and homes from invading forces.

Joan of Arc is a pretty badass heroine for all the historians out there. This PlayStation Portable strategy RPG gives her the spotlight and follows her historic battles during the Hundred Years’ War. Jeanne and her compatriots move throughout France and clash with a wide range of forces that look to maintain their iron grip over its people. Jeanne d’Arc is a highly polished experience that’s shockingly great for being just a PSP game. Here’s hoping it gets the console remaster/port treatment someday.