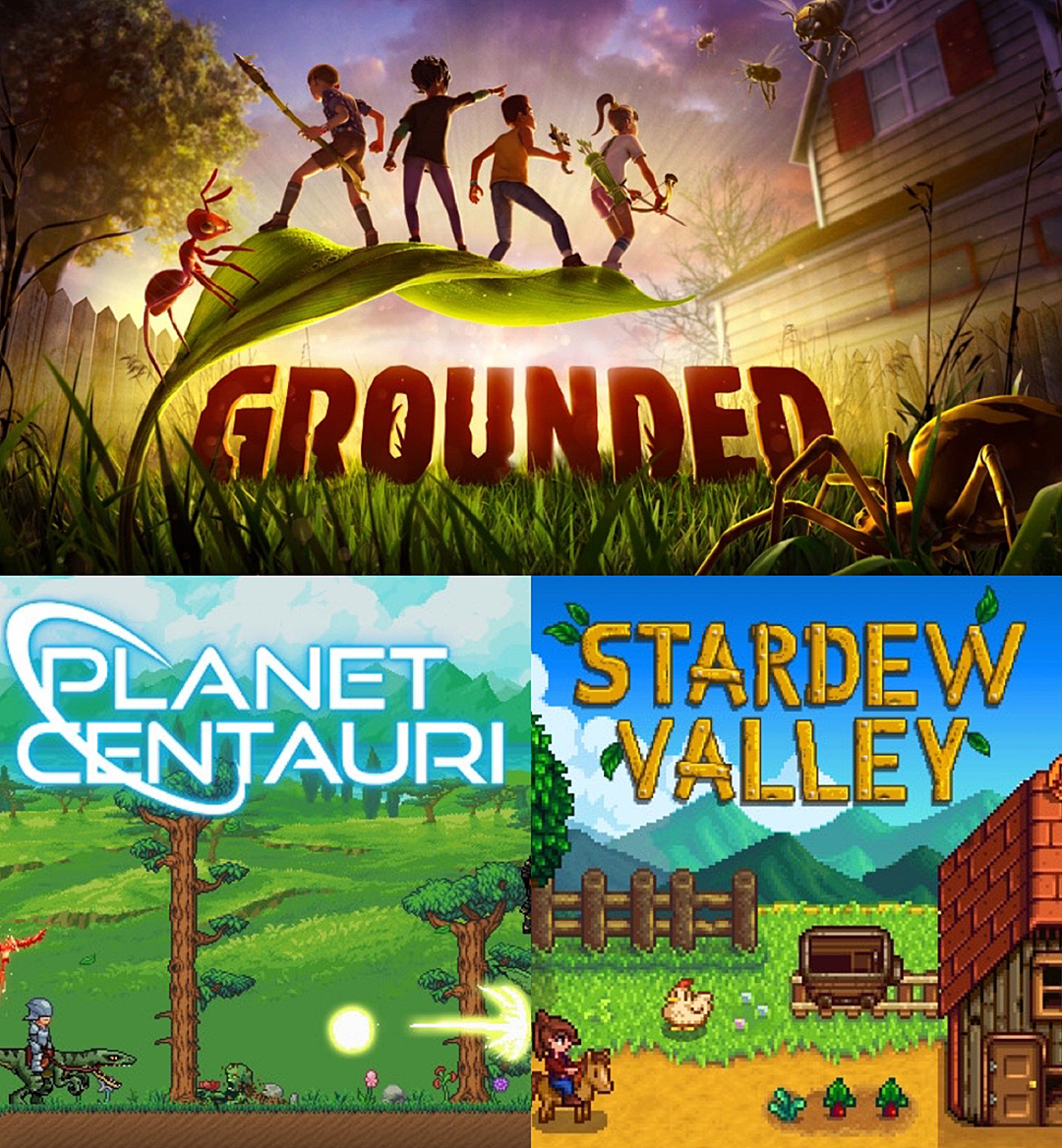 Despite being first released in 2011, Terraria continues to be incredibly popular across its many platforms. The game is an action-adventure sandbox game developed by Re-Logic and it kinda lets you do whatever the heck you want. You can explore, gather resources, craft, build, fight, and a whole lot more in a procedurally generated 2D world. You might think that this makes it easy to find a game that does at least one of these things, but the real beauty is finding something that does everything together really well and ideally with a similar tone. Games like Terraria are far and few between but luckily for you, we’ve compiled a list of nearly two dozen. Check it out below. 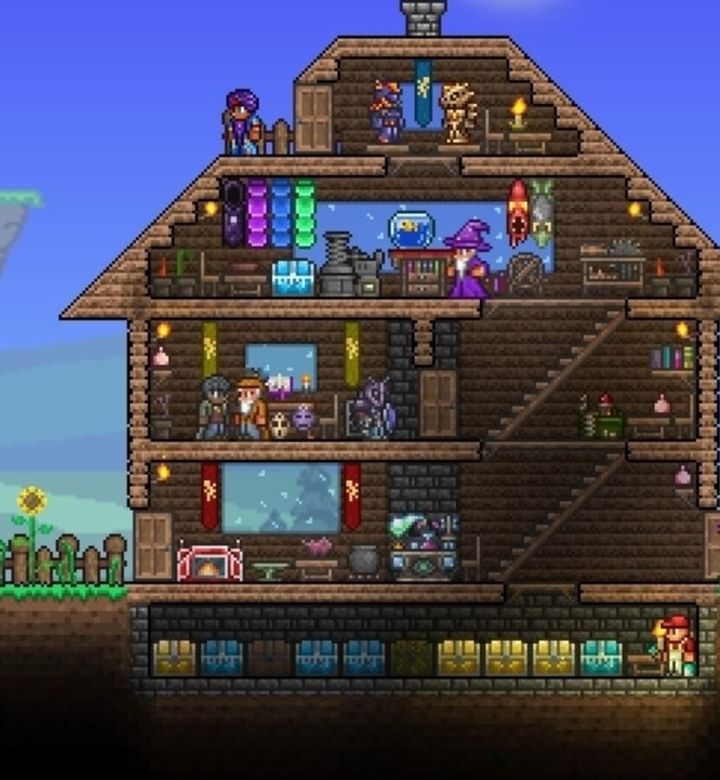 You only have to load up Alchemage to see that it looks strikingly like Terraria. Many have called it a clone of the game, but that isn’t necessarily a bad thing if what you want is a slice of Terraria. Alchemage sees players exploring the 2D environment, gathering resources, and crafting items that can come to life. Just like Terraria, there is combat involved here. You can make potions to help you in battle that give your skills an increase.

While ARK: Survival Evolved looks nothing like Terraria aesthetically, the game’s foundational mechanics will definitely give you the same feeling. You have to find resources and craft things to survive against a crazy horde of enemies that show up here in the form of dinosaurs and many other beasts. There is somewhat of a build-up to a final boss of some kind, but the game is less about the progression and more about going on an epic adventure in the first place. On this list of the best games like Terraria, this dino-filled experience is definitely an amazingly fun time-sink.

ASTRONEER is a sandbox adventure game developed by System Era Softworks. You have a set of tools that allow you to create the kind of planet that you’d like. You do this by vacuuming raw materials from the environment and then forming platforms to build with. The base-building here is great and the fact that there are seven planets to explore makes it feel very vast. This outer space adventure game is a must-play for everyone looking for games like Terraria that go beyond the stars.

Craft The World, as its name suggests, puts a large focus on crafting. This can be crafting food, weapons, or even shelter for your group of dwarves. The game's own developers have stated that it feels like a mix of Terraria, Dungeon Keeper, and Dwarf Fortress. Where it will really give you Terraria flashbacks is when you have to fight off hordes of monsters.

Crea is a game that looks a lot like Terraria, but at the same time does a lot to set itself apart too. As a player, you can level up and there’s what is essentially a skill tree with 80 skills to learn. You can use these skills to get treasure, defeat enemies, and gather better armor to help in fights. The game also has its own lore for you to learn and contains a bunch of RPG elements. While you're on the lookout for games like Terraria, Crea will certainly grab your attention due to its easily comparable art style.

Dig Or Die is not just a sandbox adventure game like Terraria - it also boasts elements from Sci-Fi games, platformers, and tower defense games. The exploration and mining aspect of the game will certainly remind you of Terraria, but some of the strategy elements will make for a great angle, too. The physics means that not building structures correctly will see them collapse, which is always heartbreaking to see.

Don't Starve is a survival game, but you’ll notice straight away that its art style is somewhat similar to Terraria's, albeit much eerier and gloomier. The game, much like its name suggests, puts you in a world where you truly have to figure out how to fend for yourself. You’ll have to control things like hunger, shelter, and survival against enemies to survive and thrive here.

Dragon Quest Builders 2 is somewhat of a diversion from the feel of the rest of the RPG series so if you’ve seen that and aren't sure if it’s for you, this might still be worth it for you. On top of the usual RPG elements and monster-slaying, in between those fights, you can now build Minecraft-style too. You can do this solo or with up to three friends too.

The story of Factorio is that you find yourself on an alien planet and you must use whatever resources are available there to build yourself a ship and get off of it. It's essentially an automation and management sim but those moments of creating things (and creating things which create things) can feel like Terraria. Using the environment around you to get out of the same environment is quite fulfilling.

Just like Terraria, this game is perfect for those that love building and fighting. The game feels a little bit like Zelda and Stardew Valley in addition to Terraria and it steps up to the plate with those big comparisons. The 2D art style and how colorful it is makes for a fun look. Your goal is to purchase and clear land to do with it what you wish.

Developed by Obsidian Entertainment and published by Xbox Game Studios, Grounded is a survival game that might be best described as Honey, I Shrunk The Kids in video game format. Although the building factor isn't so much here as it is in Terraria, you still craft items and gather materials to fight against garden creatures like ants and spiders is a big factor. Exploring an environment as a tiny human is also just great fun.

If what you like the most about Terraria is having a creative outlet to build, then Growtopia might be perfect for you. The 2D sandbox game puts an emphasis on the more joyful aspects of sandboxes, without some of the focus on fighting against enemies (although PvP combat is a thing). This game is all about farming, building, chatting with friends, and relaxing while doing it.

Terraria certainly has some horror-infused elements with all its zombies and floating eyeballs. Hollow Knight has a lot more of that to offer. There isn’t any building or mining going on here, but the exploration, combat, and atmospheric art style should more than make up for that. There’s also a great progression system here, so it should fill that void that Terraria leaves in you. When it comes to games like Terraria, this Metroidvania journey should be right up the alley of those currently embarking on that search.

It Lurks Below takes the 2D style of Terraria and fully embraces it, even giving it a somewhat pixelated feel. There are many standard RPG mechanics in play here, for example picking your character from one of the game's multiple classes. This affects combat, but whatever you pick, the fighting mechanics here are still fun. There's also a skill tree which makes it fun to progress through.

While Minecraft obviously isn't a 2D game, its pixel art doesn’t take itself too seriously, so it fits in with Terraria in that sense. Of course, mining and crafting are in the name, so if for some reason you’ve never tried Minecraft out despite it being the best-selling video game of all time, give it a go.

Oxygen Not Included is a survival simulation game set in space where there are various threats to your colony. Food and water are limited plus the lack of oxygen and having to keep warm are all factors here. The game is about mining and finding resources before you and your colony's oxygen runs out.

Planet Centauri is another game that feels like it borrows a lot of elements from Terraria. It's about exploration and building a home somewhere where dark forces lie. You're in charge of protecting the local community. The game does set itself apart in multiple ways though, one of those being capturing animals to train and use in battle.

Developed by Redbeet Interactive and published by Axolot Games, Raft is a game about truly starting from nothing and building something grand. You start out on a small plank of wood in the ocean and must gather resources to build a bigger, better platform. The game doesn't necessarily look like Terraria, but its foundational concept is very similar.

Developed and published by Facepunch Studios, Rust is a game that takes the rawness of Terraria and ups it by several levels. Rust is an unforgiving game where you have to balance hunger, thirst, temperature, and many more factors. It's the type of game where going to sleep for too long might mean waking up to see all of your loot gone. Gamers addicted to survival games will surely have a lot to look forward to here - Rust is what you need to play if you're on the lookout for games like Terraria.

Using a steampunk aesthetic, Scrapnaut is a game about doing what you can to survive in a world where that’s very difficult. You harvest crops, create shelter, and set up water and electricity systems to live off of. The great thing about this game is that you can play it with friends.

If you want a game that just feels like Terraria even though it’s not, you can’t go wrong with Starbound. It feels like the same game, just in a science fiction setting. The game lets you pick from several kinds of characters and a class system for you to level up in. You can also choose to play the game in survival, casual or hardcore mode.

Last but not least is Stardew Valley, a game which you might well have heard of due to how popular it's become in a short time. You're in control of bringing a run-down farm back to thriving life, but there are also dungeon exploration and monster fighting elements that are fun too. The side quests here are great and even interacting with NPCs can be fun.