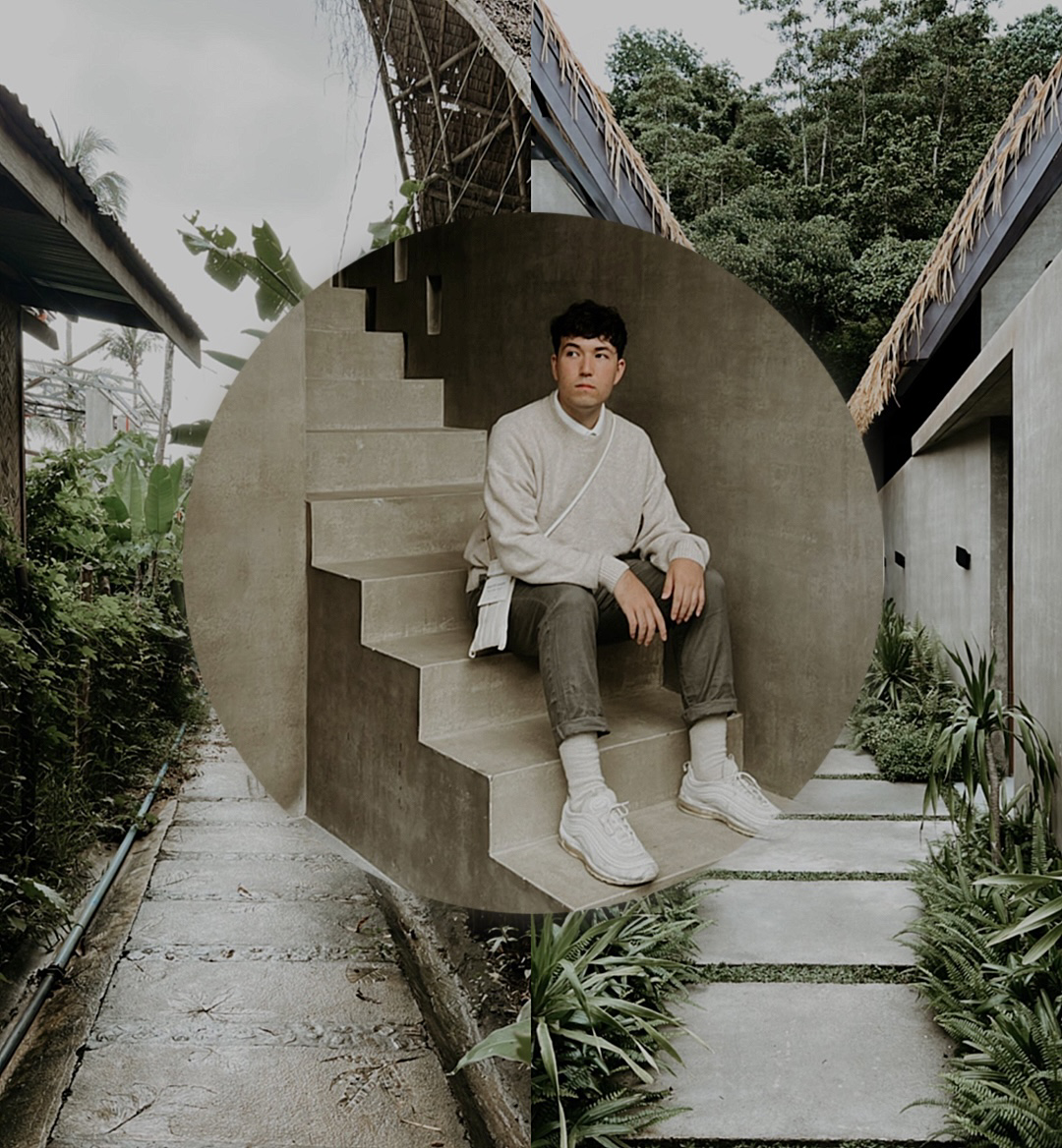 You've seen his amazing visuals splattered across the animation, advertising, and branding efforts for the likes of 100 Thieves, Sacramento State University, Ghost Town Rebellion, Dang, etc. And if you still happen to follow his career moves since his departure from 100 Thieves, you already know he's enjoying his current position as someone that's focused on "teaching the psychology of design to creatives." The uber-talented individual we're speaking of here is George H. Nowack, a young graphic and motion designer hailing from California. The one and only Aaron "Don" Dukes caught up with Mr. Nowack to pick his brain about what inspired his current choices in fashion, what he would consider being his passion project, and more.

ONE37pm: You've been putting up a lot of fashion "tings" on the Twitter timeline. Is there any inspiration or passion behind that?

George Nowack: Well I guess people have different interpretations of it. But for me, I just found a style that I really like. Which was kind of like Japanese/Korean minimalism. And I explored like how different garments - focusing less on the design and more of just the shape of it. You know. And having like, neutral colors. And just like, I can mix and match my stuff. And I found more so like, above everything else, it definitely, it looks good in my eyes. But it also keeps me less stressed 'cause I can just pick out pants, shirt, like a top, and it'll work. I don't have to like, stress about what's in my wardrobe, you know.

ONE37pm: If there was no such thing as an algorithm, what would be a passion project for you?

Nowack: I'm actually glad you asked that question 'cause that's been on my mind. I wanna have a full graphic design university-level course on YouTube divided into sections based on how I learned it at school. And just have it like a playlist and just a series. The challenge that I've been facing is a lot of university design stuff is like, not really made to be like clickbait content. Like it sounds kinda boring. And then you learn it and it's fun. So I've been trying to find ways to get something like that into that algorithm, you know. If I had the option to, I would just do that. That would be my passion project.

Be sure to check out the rest of Aaron's convo with Nowack to learn about the most important part of the creative process, the best design team in esports, his top three anime picks, and more.