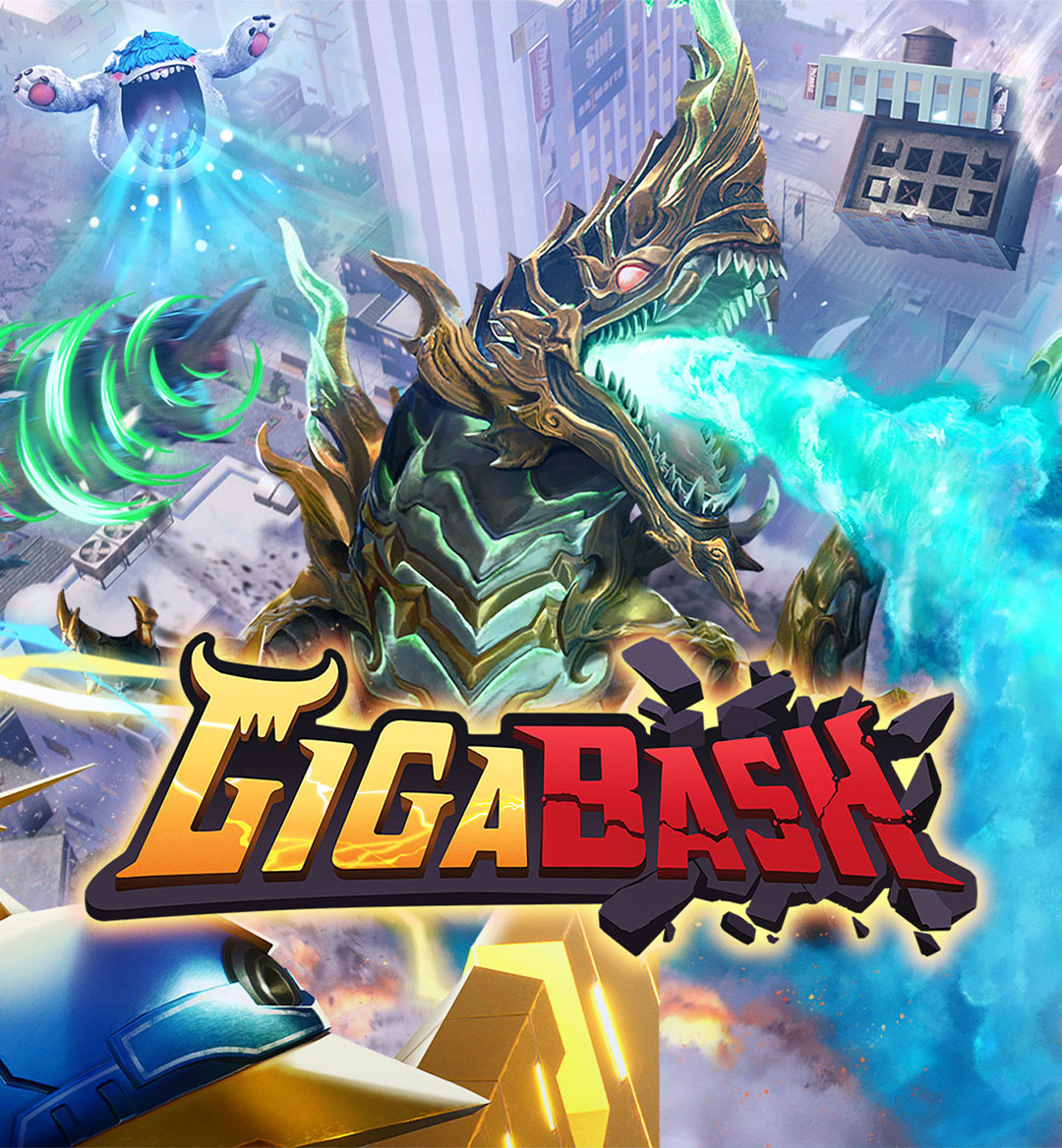 You know what there's a severe lack of nowadays? Open-arena fighting games. And to be more specific, ones that focus on the city-destroying exploits of massive kaiju and mega robots. Developer Passion Republic Games must have taken note of that obvious hole in today's gaming market and made the wise decision to fill it with something that can appeal to fighting game fans and non-followers of the genre. The beasty brawler that's emerged from that studio's collective efforts is a multiplayer gem that's a riot of a good time. Now let's get into the pros and cons of this indie-made fighting game via my GigaBash review.

GigaBash is the sort of game that wears its inspiration on its scaly lizard-like sleeves. The kaiju genre, which has made massive beasts and robots such as Godzilla and Ultraman onscreen legends, comes front and center here. The game's roster consists of cool tributes to the kings and queens of the kaiju movies and TV shows you've most likely grown up watching - you'll quickly become enamored with the Megazord-like Thundatross and Rohanna, which totally looks like a monster-of-the-week Rita Repulsa would put up against those troublesome Power Rangers. Each playable giant is a blast to play with and figure out the moveset intricacies of - you'll get a lot of mileage out of mastering your fave within the confines of 1v1, 2v2, and free-for-all encounters. For example, Kongkrete is one of those playable monsters that's simultaneously hilarious and intimidating due to it being a sentient building that can chomp through its foes at will. GigaBash's roster is well executed, I must say. 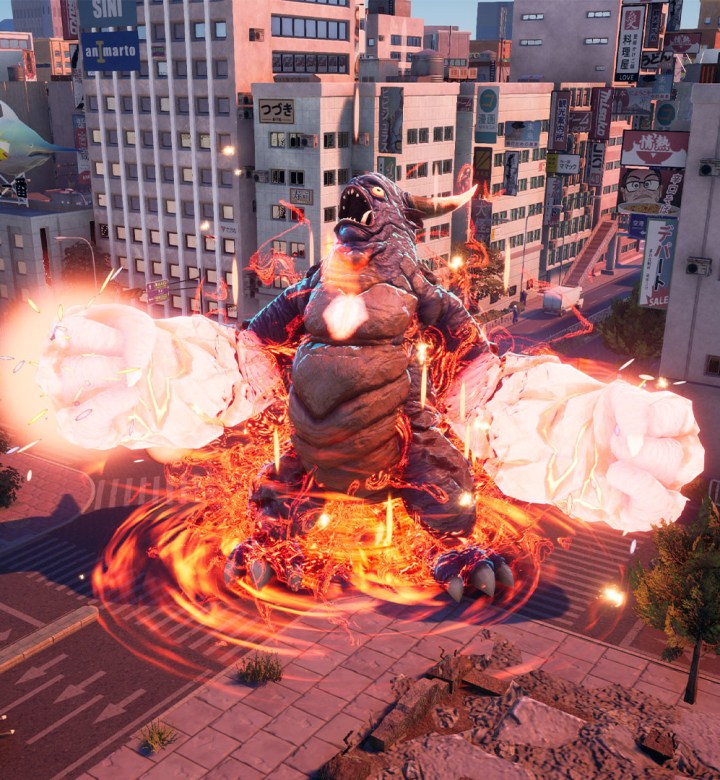 On the playable modes front, GigaBash comes with everything you'd expect from your average fighting game. There's local play for up to four players and the presence of some fun minigames that deviate from all the fighting action you'll engage in against/with your friends. You can only hop online to participate in battles, however, which is a slight bummer since the minigames are fun enough and would have made for a nice change of pace alongside all the randoms you'll run into. I gotta hand it to this game's online performance, though - I barely noticed any hiccups during all the intense battles that included all the onscreen mayhem that could trip up any online experience. I don't know if it's delay-based or rollback netcode - all I know is that the online works much better than expected.

On a visual and audio level, GigaBash shines. The characters themselves look like they'd fit quite nicely into all the films and shows they're clearly inspired by, the big battlegrounds you'll clash on are all uniquely designed, and the soundtrack features fitting tunes that'd sound just right in all those 70s Godzilla classics. I even have to applaud the striking menu art that flashes across the screen while you narrow down your decision on what mode to play. There's nothing to complain about when it comes to this brawler's graphical and music output. 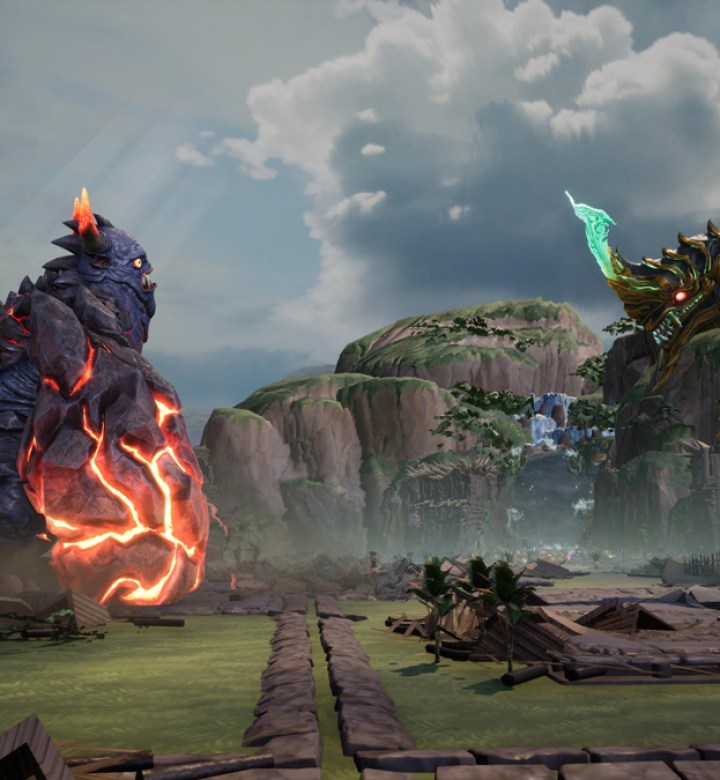 Now my biggest gripe with GigaBash comes from its disappointingly brief story mode content. Only four of the game's roster members are given their own conflicts to play through, which are fun enough. Some missions give you different objectives, such as smashing as many buildings as you can and knocking down shields while tanks converge on your area. Five stages are spread out across each of those four characters' story mode playthroughs, but they don't really last all that long. You'll surely be let down if you happen to find your main and soon find out that they don't even have a story mode ladder to hop into. I hope DLC is on the way for GigaBash that adds extra story chapters for the rest of its roster to give it much more value.

GigaBash ends up being one of the more pleasant surprises of 2022 for the fighting game genre. It excels thanks to its chaotic battles between big monsters that can grow even larger to truly dominate the battlefield. This game is the perfect union between Power Stone's wipe-open arena layouts and War of the Monsters' focus on towering beasts doing battle. The multiplayer fun factor is off the charts here - if that's what you're in the mood for, then feel free to take the plunge on this one. And that my friends is my GigaBash review.