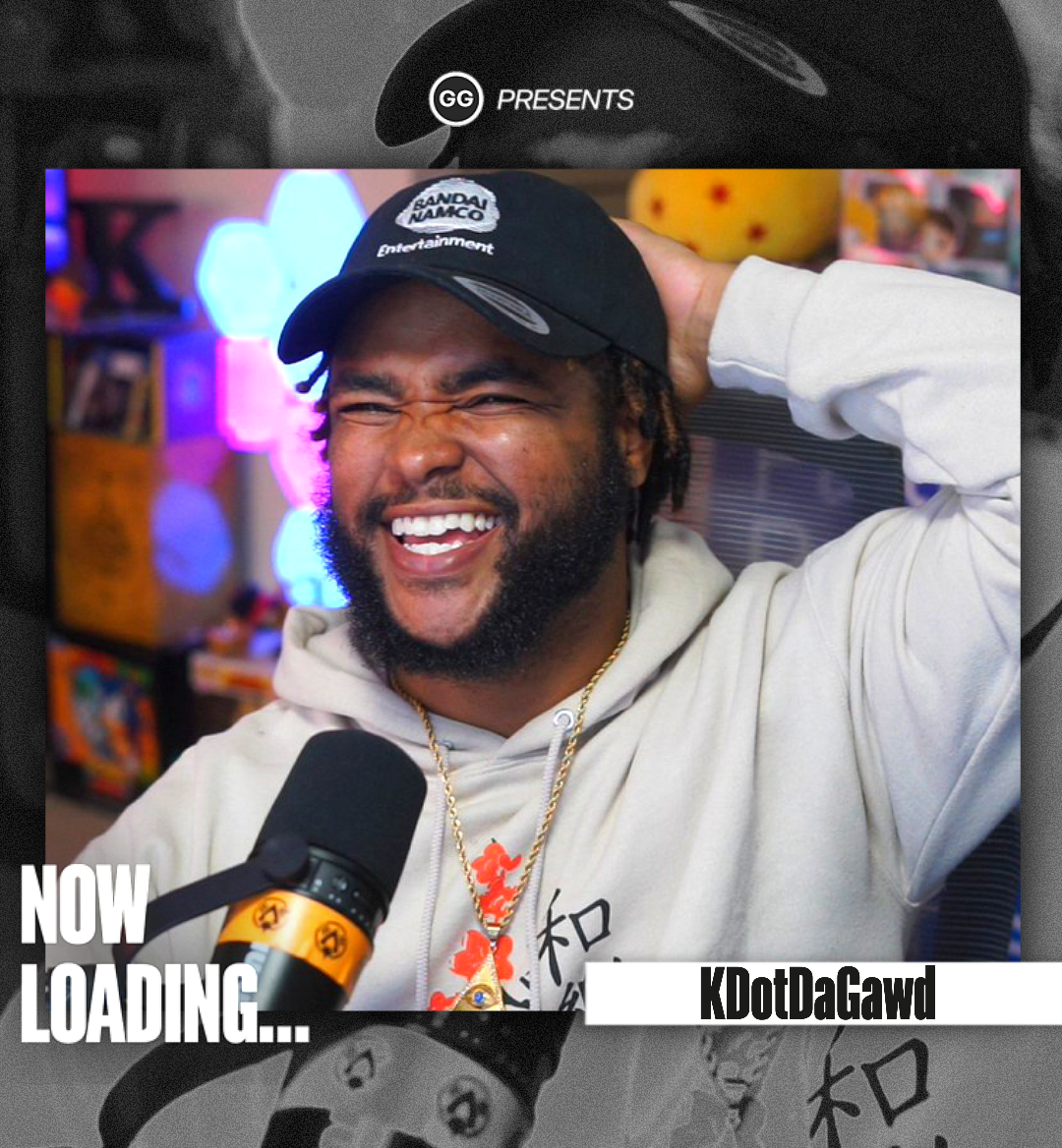 "Anime saved me, Naruto raised me." That statement points to the exciting origins of the man known as KDotDaGawd. The content creator/streamer always makes sure to pop up early in the AM to present his entertaining brand of reactions to major anime reveals and playthroughs of a nice variety of games. Since stepping into the realm of content creation, KDotDaGawd has become an official Twitch Partner. And when it comes to partnerships, he's managed to work with big brands such as Cooler Master, Bandai Namco, Electronic Arts, and Advanced.gg. We caught up with KDotDaGawd and learned about his where his love for gaming/anime came from, what made him pursue his current career, and more. 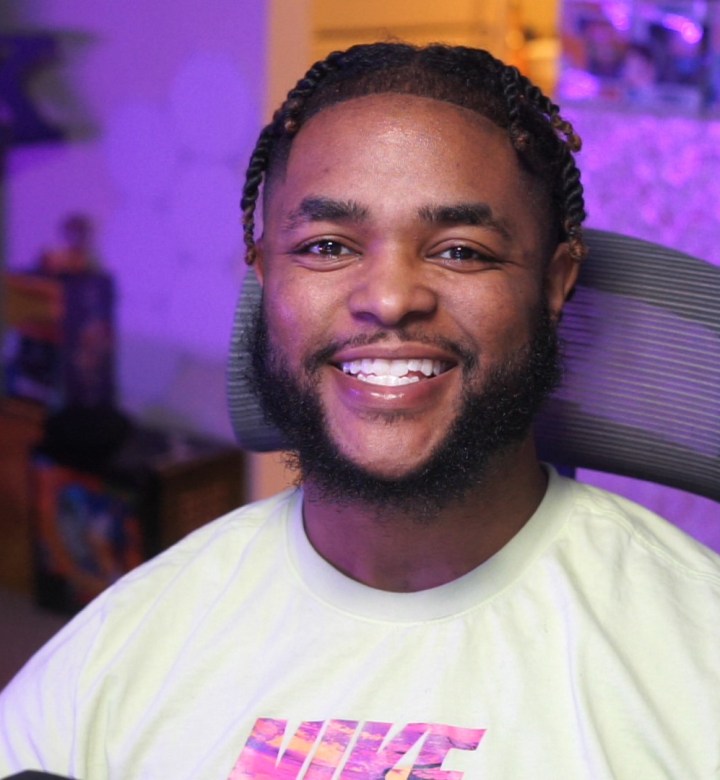 ONE37pm: So your two main loves in life are gaming and anime. How'd you end up developing your love for gaming in the first place?

KDotDaGawd: My love of gaming was developed solely by my older brother. Without that man, I doubt KDotDaGawd would have ever been a thing. He used to always play games with me as a kid - games like Yu-Gi-Oh!, Pokémon, Star Ocean, Kingdom Hearts, Final Fantasy, and more. I can just remember him beating up the bosses like Sephiroth in Kingdom Hearts to the point they're one shot away from death and he'd hand me the controller to finish them off. Watching, talking, and playing games really all came from my big brother and I am forever grateful.

ONE37pm: And what led to you becoming such an avid anime viewer?

KDotDaGawd: I've always watched anime like Fooly Cooly, DBZ, Naruto, Yu-Gi-Oh!, Inuyasha, and more growing up. But being a black kid in middle school, it was frowned upon by friends who thought it was lame to watch anime or talk about it. Even though EVERYONE loved Dragon Ball Z at the time. On a more serious note, my depression and Mark from RDC are what really got me to be open and an avid viewer of anime. In 2018, I was cooped up in the room watching so many different types of anime other than just battle shonen as well as RDC which I had never seen before. Something sparked in me that day to continue my journey with anime and spread the positive energy that comes with watching some of your favorite anime and idols.

KDotDaGawd: My top five anime of all time is going to consider the impact each anime had on my life. Naruto & Naruto Shippuden are number one just because of the impact they had on the entirety of my life. If you read any of my bios it'll say "Anime saved me, Naruto raised me'' and that doubles back because anime truly saved my life - Idk if I'll be here without it. For the Naruto part, I have three older siblings. My parents used to always leave us home alone and told us to watch each other. Unfortunately, I am the youngest by nine years so by the time I was able to "watch" anyone they'd already graduated and gone off to college. So Naruto was the brother that watched me grow up and vice versa.

2. Yu-Gi-Oh! (OG, 5D's, and GX)  was an anime I've always enjoyed watching as a kid with my older brother. It even went so far as me adapting the game in my real life as a middle schooler and dueling whoever would be interested in learning.

3. Would have to be my first isekai Re:Zero, which opened up the possibility of me learning to love/trust people again after being treated so poorly in the past.

4. Would most definitely have to be Haikyuu. Hinata and the Karasuno team really taught me to reach for any goals, dreams, and aspirations I may have. I've never been so hyped to see someone learn how to play volleyball and become one of the best.

Last but not least it would have to be Food Wars. A lot of people don't know but I LOVE COOKING - I wanted to be a chef growing up. Chefs have the ability to change a person's entire day off from one bite of their food and that's what Food Wars gives me.

ONE37pm: And which anime games do you regard as the very best?

KDotDaGawd: Personally for me the best anime games would be ones that are really hype. Games like Naruto to Boruto: Shinobi Strikers, My Hero One's Justice, Captain Tsubasa, and M.U.G.E.N.

ONE37pm: What inspired you to pursue a career in content creation/live streaming?

KDotDaGawd: I'll be honest because most people won't. Being a broke college student is what really drove me to Twitch because someone told me "you can get paid to play the game" and this was before all those gaming ads. After I realized how hard it was to truly make money on the platform, I shifted gears and started looking for a better motivator which was to make this a business since my major in college was Business Management with a minor in Event Planning. I've always had an entrepreneurial mindset growing up, so by combining my love of anime, gaming, and my major, it was so easy to stay in this career.

ONE37pm: You've already done great work with companies such as Cooler Master, Bandai Namco, and Electronic Arts! What are some future partnerships you'd love to be a part of?

KDotDaGawd: Thank you so much for seeing me! Some future sponsorships I'd love to be a part of are Elgato, Otakulamps, and Viz Media.

KDotDaGawd: 1. Consistency is Key. Like I know people probably get tired of hearing that, but that is literally one of the biggest things in this space.

2. Interact with your audience - they are there for you. Treat them like family and they will do the same to you.

3. You have to be committed. This industry is not for the faint-hearted, so be ready to go through more downs than ups. Prepare for sleepless nights, long hours, etc. But in the end, it's all worth it!

Be sure to holler at KDotDaGawd on his Twitter, Twitch, TikTok, and YouTube. And tell him we sent you! Also, make sure you check out Aaron "Don" Dukes' own interview with KDotDaGawd right here.