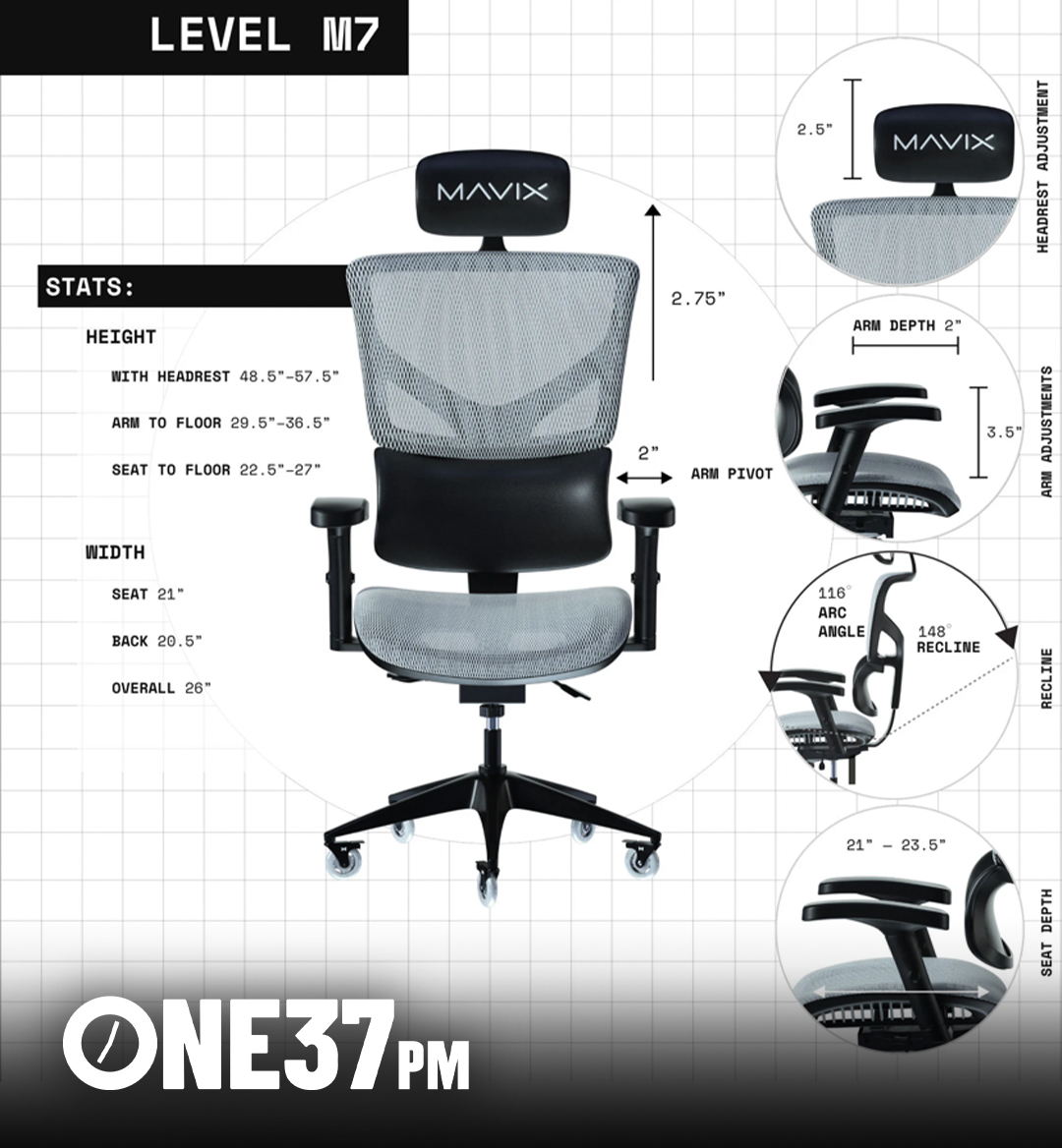 Gaming is as popular as it has ever been, especially with the new release of the next generation consoles of PlayStation 5 and the Xbox Series X. Purchasing the hottest new systems is really only half the battle, though. If you ask any diehard gamer, they will tell you that a system is only as good as the accessories that accompany it.

When you are building out the ultimate entertainment system, you purchase the latest TV or monitor, and the next step is you want to be as comfortable as you can be while you game, which means that your next purchase should be a gaming chair.

Numerous brands carry gaming chairs, including a new company by the name of Mavix.

The brand launched its first suite of chairs in mid-November and sent its intermediate model, the M7, to SPY for examination. Mavix is a company that ONE37pm’s  Aaron “Don” Dukes wholeheartedly endorses. If you are unfamiliar with the Don, he is ONE37pm’s resident hardcore gamer.

“As someone who has spent probably days and nights just straight gaming. I have had a lot of lower back pain. Recently, Mavix sent me a chair, and by the way, I have tried out multiple gaming chairs, and most of them made me feel like I was sitting on a pile of bricks. It does not allow me to game as much as I desire to, so Mavix sent me a chair, and I built it. It is one of the easiest chairs to build, and I could put it together without the instructions. I was able to use the tools that were provided and can put the pieces together without a problem,” said Don.

The Mavix M7 model provides a lot of comfort for its users, according to Don.