Everything We Know About the PlayStation 5 So Far 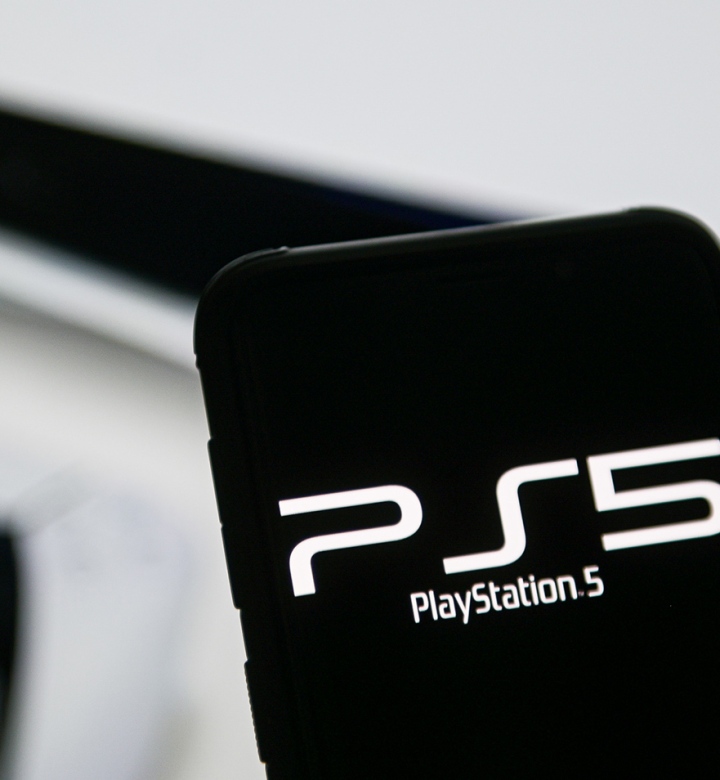 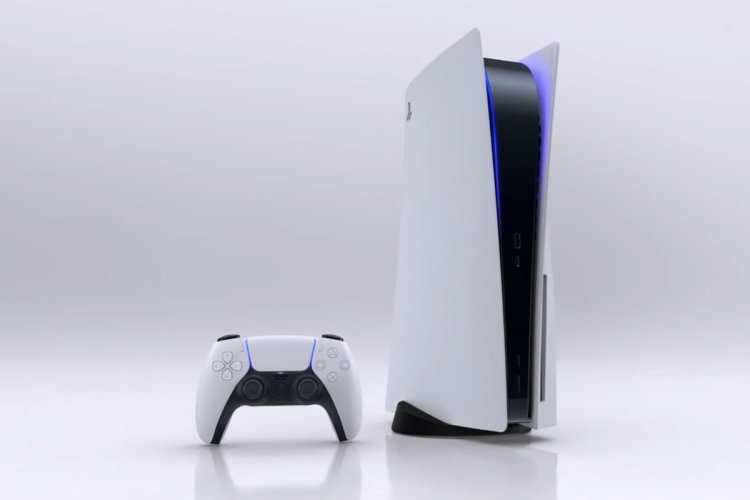 To start, lets rewind back to September. PlayStation took a huge leap forward with its price reveal on September 16th. At that reveal, Sony announced that the release date for select countries would be on November 12th (which is today) and that the rest of the world would be receiving their consoles on November 19th. This release is just in time for Call of Duty: Black Ops Cold War (which comes out tomorrow), as fans had previously been concerned that the console wouldn't be released in time for the game.

That reveal also included a confirmed price of $499 for the standard edition and $399 for the digital version. Sony also confirmed some of the speculations for the initial round of games hitting the PS5 immediately. In addition to Call of Duty, Devil May Cry 5: Special Edition is set to release today as well, and Spider-Man: Miles Morales will come out on November 19th. More games will follow soon after for the holiday season. Additionally, Sony also launched an official preorder at select stores such as Best Buy, Target, and Walmart. If you weren't able to successfully pre-order your console, then you may be able to purchase the PS5 through a third party website such as Stockx. Unfortunately, this may mean paying double the price. The price, however, may be worth it if you don't want to wait a long time to get your PS5.

As usual, the PS5 will be accompanied by its normal Dualsense controller, a special PS5 HD camera, and a 3D headset. The DualSense controller will run for about $70, and the HD camera will also be priced at $60.

Based off of the headsets on the PlayStation website, combined with the fact that it will be a brand new item accompanied by a brand new console, we estimate that the Pulse Headset will cost users roughly $100. If you choose to buy everything, you could be looking at spending roughly $600 to $700 dollars. A pretty penny, but definitely worth the money. 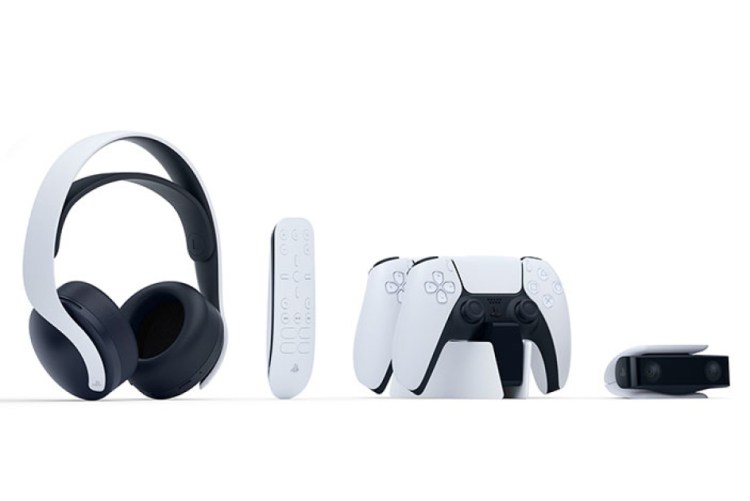 In the typical 2020 fashion, the PS5 production was certainly an eventful process. When the unexpected Coronavirus Pandemic occurred in March 2020, there were concerns that the release date could be delayed.

At the time, Sony said they had no plans to delay, but noted that the operations in China could be impacted. Furthermore, the production plants in Malaysia were shut down, and the supply of materials became scarce around that time.

Despite those obstacles, the production on the console kept going anyway. Along the lines of delays, there was also an official PS5 event that was scheduled to take place on June 5th, but the event was postponed due to protests highlighting racial injustice that were occurring worldwide at the time. That event ended up taking place a week later on June 11th. Again, while there wasn’t a whole lot of information given out, Sony did give a console breakdown at the hour-long showcase.

The showcase also included a glimpse of the games that will be available on the new system. Some of the games included were Spider-Man and Gran Turismo. This “slight” reveal was well received.

Earlier in this article, we mentioned that there would be both a digital and standard model of the PS5. If you were wondering which one to get, we're here to help you out by weighing the pros and cons. Let’s first start with the basics. The specs on each version will be absolutely the same. You will get those amazing graphics that Sony is known for on both versions, and the SSD will also be the same. Now as far as the differences go, there are a couple of things to note.

First off, the standard PS5 comes with a disc drive, while the digital does not. This comes down to a matter of personal preference. As technology has evolved, we have seen more and more people go down the route of buying games digitally. However, some people still prefer the feeling of going into a store like GameStop and buying a hardcopy. This is especially true during the holidays when people prefer to give their gamer family members/friends the actual game as opposed to a card. It makes it more “personal”—especially for kids.

Since the digital version won’t come with the disc insert, all games will have to be purchased via the online store. While it will be about $100 cheaper, our recommendation is that you buy the standard edition (if you haven't already made your choice) if you or your family will want that feeling of “having the game in your hands.” Choose wisely though, because once you make your decision it will be final (unless of course, you want to shell out another several hundred dollars). 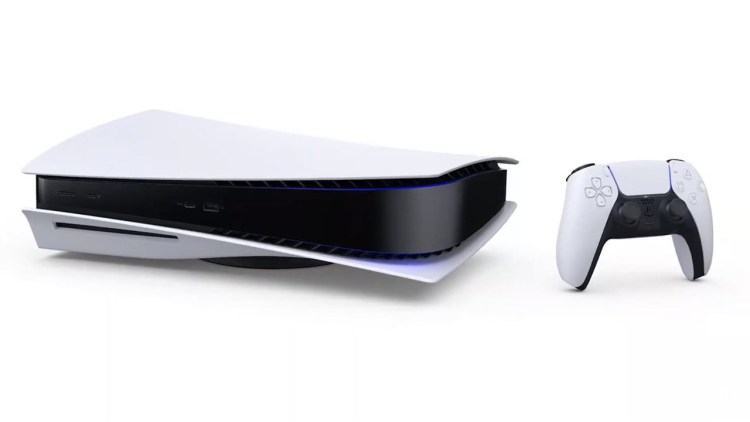 On August 26th, Sony opened up their first registration to “possibly” receive an invite for the first rounds of pre-orders. The keyword was possibly. There was always a chance of not being able to get the PS5 even if you were 'first in line.'

Sony also had random drawings out of a select amount of names entered in the pre-order database(more than likely on a first come first serve basis). Sony’s reasons for this “invite” was due to the fact that they anticipated not having a lot of room for pre-orders during a busy holiday season. Also according to Sony, a determining factor was a user’s “dedication” to PlayStation over the years. That meant the more active the user was, the better chance they had. Still, though, seniority didn't guarantee you a spot. Those random registration events continued to happen in the weeks leading up to the release.

So now you may be wondering if you can still order the PS5 (they are not selling the console in stores due to the Coronavirus Pandemic). At the moment, we know for sure that Best Buy, GameStop, Walmart, Target, and Amazon are still carrying the consoles for online orders. It may take a while, but as mentioned earlier in this article, you could potentially go by way of a third-party seller if you are willing to pay the extra money.

So what happens after you get the PS5? What games are available for it immediately? While it is rumored that there will be a large number of games available, here’s what we have confirmed so far.

Horizon II: Forbidden West, Grand Theft Auto 5, Doom Eternal, Resident Evil Village, Spider-Man: Miles Morales, Gran Turismo 7, The Elder Scrolls Online, Project Athia, Ratchet and Clank: Rift Apart, Madden NFL, and NBA 2K21 will all launch with the PlayStation 5. However, if you were hoping for Deathloop to be available for the November release, unfortunately, you will have to wait as Deathloop is being delayed until Spring 2021.

Another win for PlayStation fans is the announcement of backwards compatibility. Earlier this year, Sony confirmed that users would be able to transfer downloaded games from the PS4 to the PS5. PS4 Disc games will also be compatible with the PS5 system. However, if you are planning on buying the digital version of the PS5, obviously the PS4 disc games won't work because it doesn't come with a disc insert. That will definitely be something to keep in mind if you have valuable disc games that you want to keep playing on the PS5. The extra $100 might be worth it if it will cost more to repurchase those games. Again it's up to you to weigh the pros and the cons.

So what other cool things does the PS5 have in store for us? Well, for starters, PlayStation has been known to sporadically hire "testers" to play various PlayStation 5 games. Yet another example debunking our parents' threats of "never being able to make money staying on the game all day." If you think applications for these testing spots are top secret, think again. These applications are randomly posted on job listing sites such as Indeed. The only catch is that you will have to be bilingual and speak Russian, Arabic, or Brazilian. If you are fluent in any of these languages, plus English, these testing spots could be perfect for you if you are an experienced gamer.

Another cool feature will be the expansion of games in the PlayStation store. The PlayStation 5 is rumored to include more Indie games from smaller studios. It's still unclear just how much progress has been made with this expansion, so if Indie games are extremely important to you, again, the standard version may be worth the investment (again if you haven't already purchased). Also, storage space will be larger, and in the future, we may even see more reasonable prices for certain games.

In addition to those features, the Pulse headset that we mentioned earlier are supposed to be the best ones yet. The headphones will offer 3D audio and noise-canceling microphones. These headphones will be wireless (which anything else would be unusual for the year 2020) and are supposed to make gamers feel like they are experiencing the game in real-time.

There is still plenty that remains to be seen about the PS5, but we hope that we have covered all of your questions about the console so far. However, we encourage you to consider all of the options when deciding which model to choose (and learn as much as you can about your model if you have already purchased). If having a physical disc has always been important to you or your household, then the standard version may be best. Also, if the PS5 does end up including those PS1, PS2, and PS3 games through an emulation at some point, then there's a possibility that the disc version may end up being compatible with the disc games of those previous models. So the extra money may be worth it down the line if you still have the hard copies of those games, as certain ones may or may not be available via the Playstore if that emulation does end up happening.

One thing's for sure, today is an exciting day for everybody in gaming. The console will serve as the perfect present heading into the holidays, and will provide us with plenty of entertainment as we continue to stay inside. We hope you enjoy whatever model you choose, and we all look forward to playing the PS5 this November.