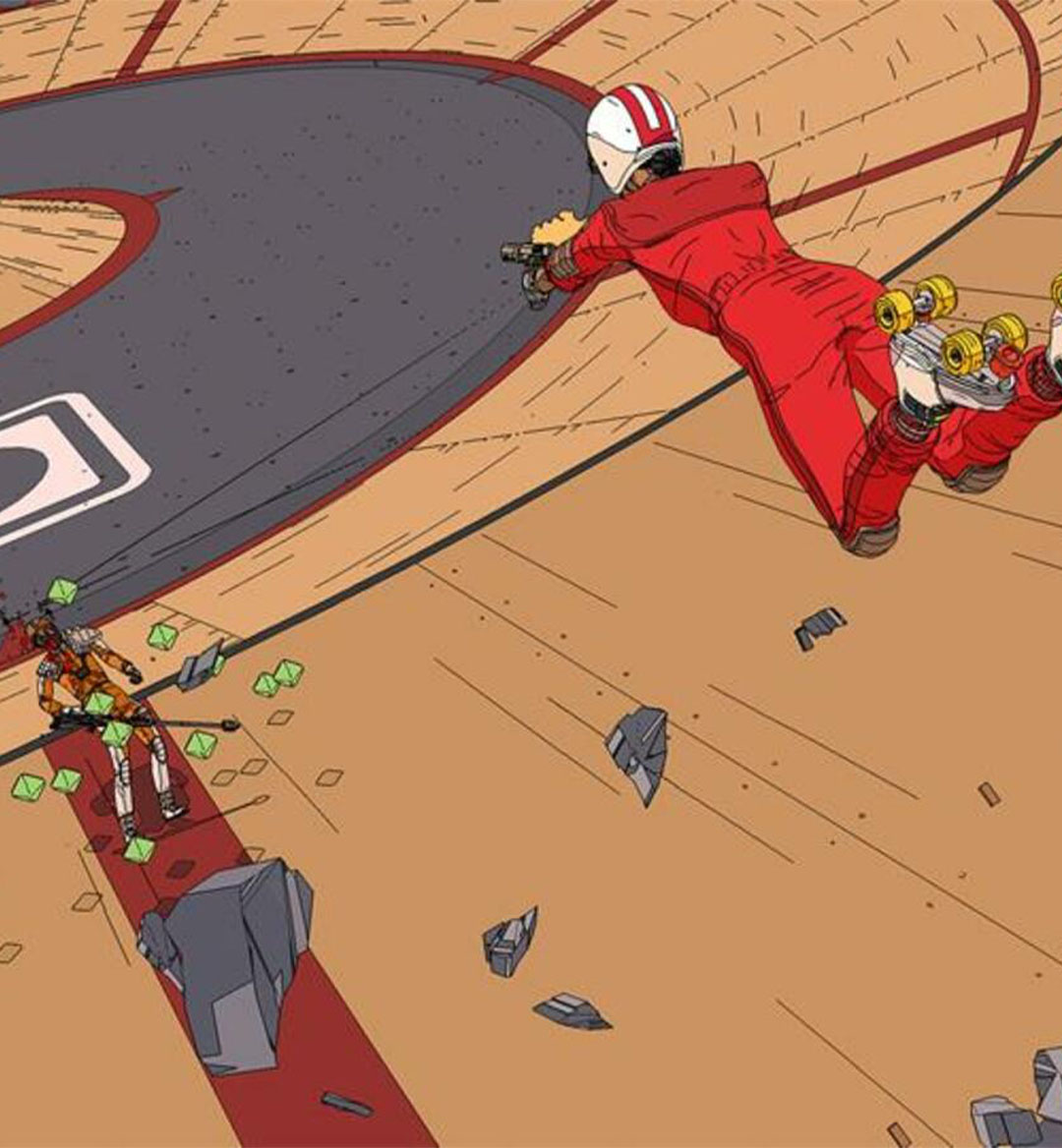 One of the most prominent video game publishers that deals in supporting unique concepts nowadays is Private Division. As a subsidiary of Take-Two Interactive, that publishing arm has released quality titles such as Hades, The Outer Worlds, and Kerbal Space Program. Developer Roll7 (creators of the OlliOlli series) is readying up its next project in association with Private Division and it looks to be its most exciting game to date. That soon-to-be-released title is Rollerdrome, which comes with a striking cel-shaded art style, a groovy synth-wave soundtrack, and third-person gunplay mixed with rollerskating movement. 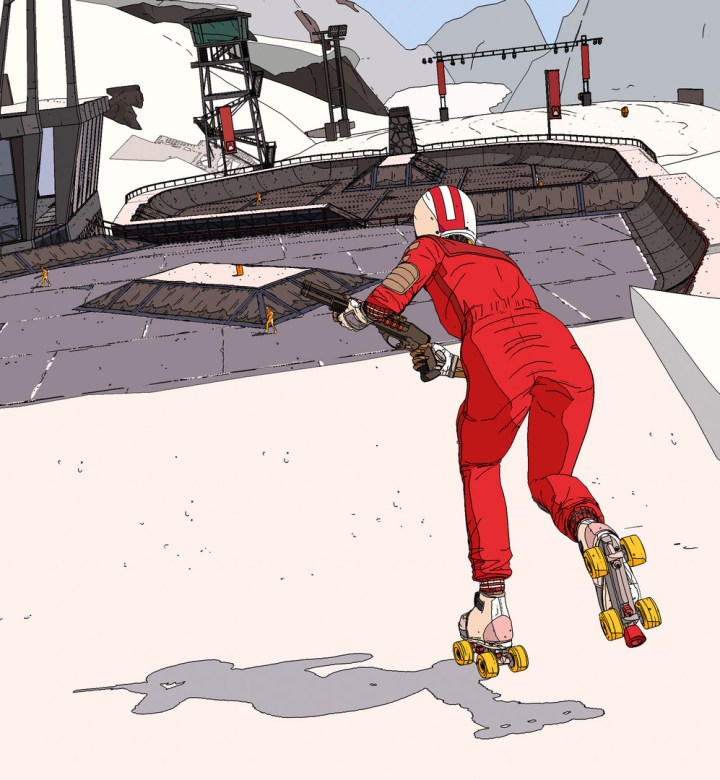 Rollerdrome will be available on August 16 for PS5, PS4, and PC (Steam).

Rollerdrome takes place in the year 2030. The world is ruled by major corporations, which seek to keep the human populace at large distracted from their daily lives by a brutal bloodsport called "Rollerdrome." Players take on the role of one of its star players, Kara Hassan. Her two missions are simple - rise to the top of the ranks of the Rollerdrome arena and get to the bottom of a conspiracy surrounding the seemingly sinister Matterhorn Corporation and its true intentions.

Rollerdrome is a hybrid game that mashes up fast-paced rollerskating movement mechanics with intense third-person shooting action that almost mixes in Max Payne bullet time. Players will be thrown into different types of arenas and be tasked with moving at high speeds, landing sick tricks, riding along walls, and blasting human and mechanized foes all the while. You'll need to stay in motion in order to avoid enemy gunfire (a dodge roll will help you even further in that regard). Besides blasting off their own guns, your enemies also have access to smoke bombs, shields, and all sorts of other weapons. There's a separate mode included in Rollerdrome called "Out for Blood," which is touted as the "most extreme test of skill and agility."