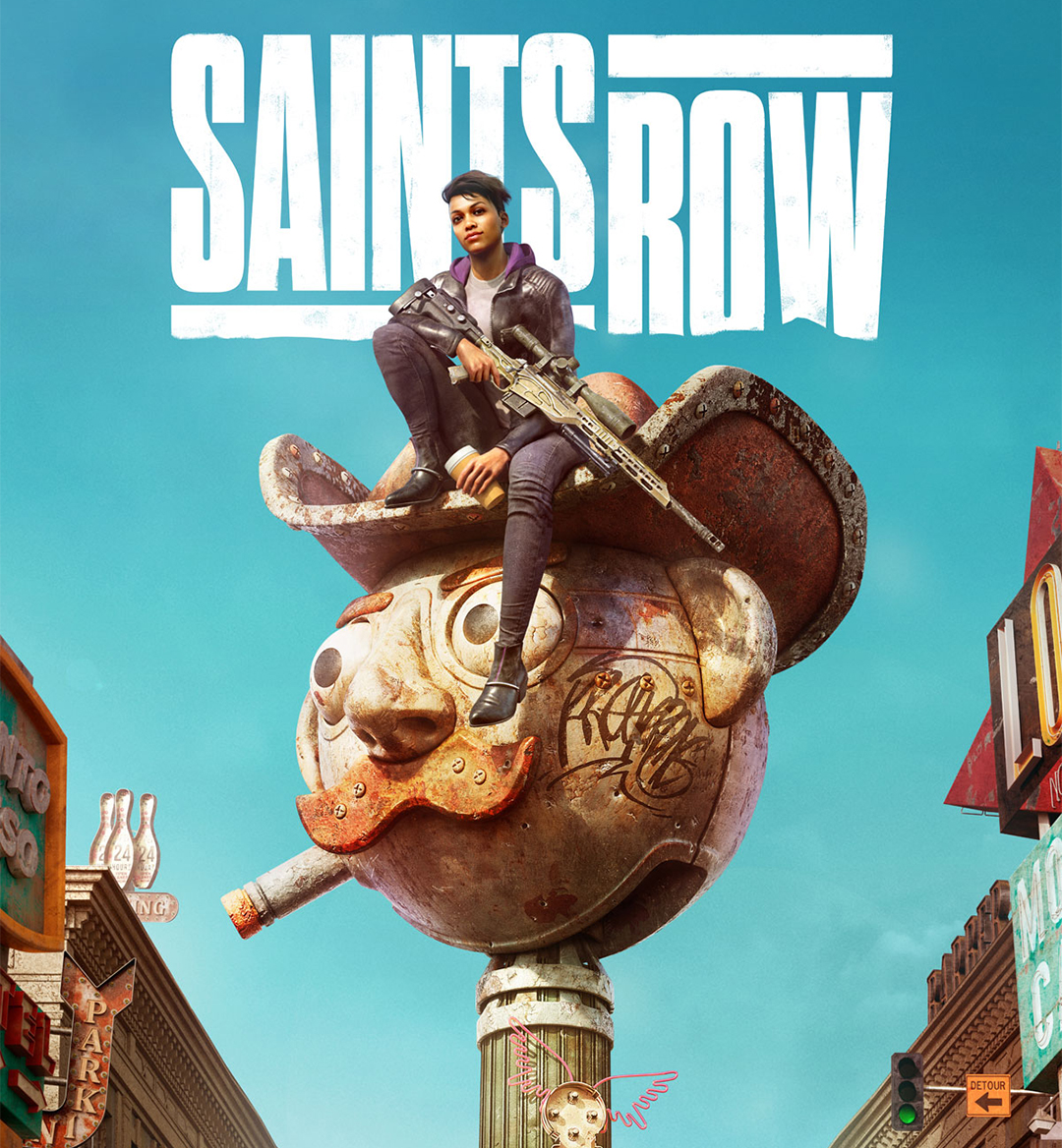 One of my trusted gang members calls me with a grand plan in mind - accompany her on a revenge run that involves the destruction of her former gang's precious vehicles. We drive up to a helicopter pad where a little birdie is waiting for us there to "borrow." Once we take to the skies, we head right to one of our rival gang's car workshops and make sure to light up everyone with furious machine gun fire and missile strikes. After we make our way inside the workshop for a final showdown, we shoot down waves of bums and turn their gang leader's monster truck into nothing but a melted memory. Finally, we hop into another ride and jump through a window while a massive explosion goes off behind us. If that sort of anarchy is right up your alley, then you're in for a good time. Now let's delve deeper into my Saints Row (2022) review.

First things first - let's confront the purple elephant in the room. Much has been made about the game's character designs that give off heavy "angry millennial" vibes. And I must admit - I was expecting to be hit with the cringiest of dialogue based on their look. While I wasn't left rolling my eyes during conversations between The Boss and her buddies, I barely laughed as much as this game wanted me to. This Saints Row reboot doesn't offer over-the-top comedy like the third series entry - you won't be slapping your victims with oversized dildos here. But there are still a good amount of verbal quips and lighthearted situations that feature some elements of Saints Row: The Third. However, most of the jokes didn't really land with me - the predetermined humor of this open-world criminal simulator paled in comparison to the goofiness I brought to life through my own means. I enjoyed the game's revenge tale for the most part, but I just didn't laugh out loud whenever my boss and her crew spat off one-liners.

The world of Santo Ileso features the best parts of Las Vegas and Los Angeles. You'll get plenty of enjoyment out of cruising through each region and soaking up all the bright lights and eye-popping landmarks that pop up on a regular basis. The city definitely feels lived in as you'll spot random passersby, rival gang members, and the police going about their daily business. It's especially cool when you wander into a seemingly abandoned parking lot and spot a bunch of kids shooting off fireworks. Santo Illeso feels lived in, which is definitely a plus. I must admit that I expected the graphics of this new Saints Row to look a bit better than previous series entries. While they aren't an eyesore by any means, they don't sport that uptick in graphical fidelity most fans hoped for. They're perfectly adequate, to say the least. 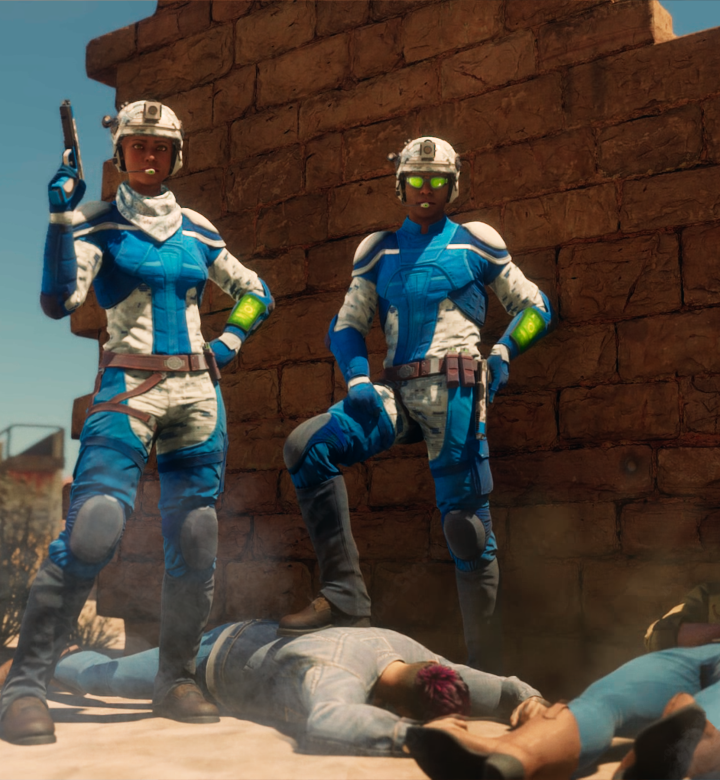 The most significant pull of this game stems from all the fun activities it throws your way. The primary story missions present players with a whole host of carried objectives to complete, which keeps those tasks from ever turning into a repetitive experience. One minute, you're participating in a LARP session with one of your best buds in an attempt to steal away enemy territory and build a fort of your own. And the next minute, you're running around an underground fight club filled with random weapons to unlock and fiery explosions to avoid (and activate, by the way!). One of the best activities in Saints Row is its "Criminal Ventures." As your gang establishes its stranglehold over the city, you'll be responsible for setting up different businesses that are really fronts for illegal financial gain. You'll derive most of your fun from this game through the development of your gang's rise to power - stealing cars to bring back to your personal garage and transporting trucks full of toxic waste to your power plant are just a few of the wild side tasks tied to your unlawful efforts. 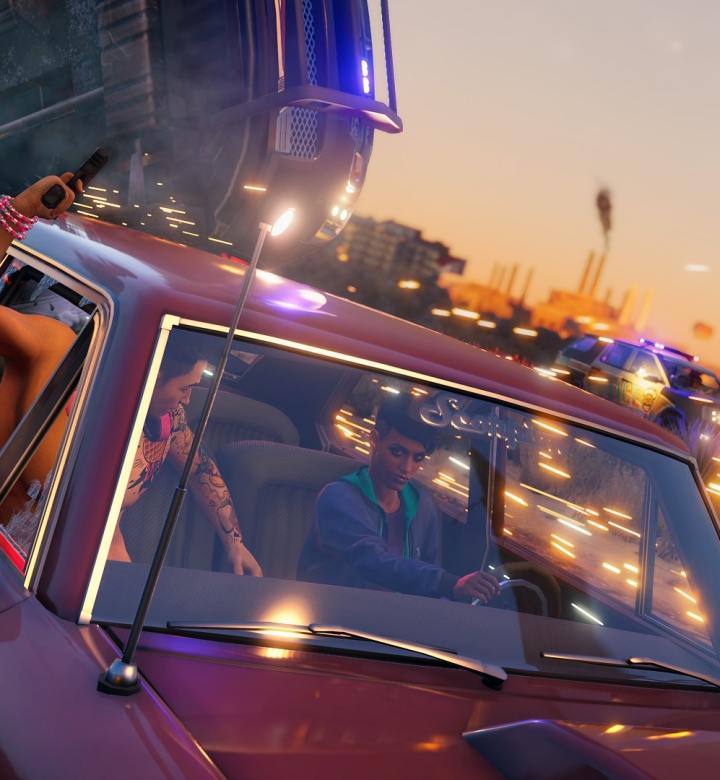 The entirety of Santo Ileso gives you so much to see, steal, shoot, and blow to smithereens. There are a wealth of stores to purchase new clothes, guns, and tattoos from. When it's time to go all guns blazing, your armory of pistols, assault rifles, rocket launchers, and more get the job done. The firearm-heavy gameplay of the first two Saints Row meshes quite well with the zaniness of its successor thanks to the wild special abilities and up-close grapples you can pull off on your foes. Taping pics of landmarks for fast travel access and snapping screenshots of collectibles to add to your home fort are also equally addictive endeavors. And the best parts about accomplishing all those duties? You get EXP points for them all. Now I'll admit - this new rendition of Saints Row doesn't try to innovate or offer something different from your usual open-world GTA-like games. But it offers enough amusing assignments to keep you busy and far from bored.

From a technical and mechanical standpoint, this game certainly has its issues. I spotted moments of environmental pop-in, plus bouts of unintentional humor were delivered whenever the animations for finishing moves glitched out with the person they were being performed on. Driving is fine overall, but the unwieldy camera drove me insane (you're forced to move it yourself while on the road, yet it sets right back into its default position once you stop moving it around). The gun aiming felt a little funny to me at first, but I quickly got accustomed to it and had an easy time landing headshots in no time at all. And I have little to no framerate issues to speak of, thankfully.

So now that I've reached the end of my Saints Row (2022) review, how I do ultimately feel? My main takeaway from it is just how much fun it delivers. It doesn't try to push the genre forward in any way - it simply does its job of giving you a huge variety of familiar open-world crime to indulge in for hours on end. Visually, it's decent at best. And on the audio front, I don't have much to complain about - bumping to "Miss the Rage" while I'm cruising on the highway is just one example of the respectable audio output this game produces. The graphical glitches that popped up from time to time are hard to ignore, so here's hoping some patches clean up the game's rougher patches. The characters you'll run around with are sadly unmemorable, but the way the story unfolds will inspire you to see it through to its wild conclusion. Saints Row fans will largely enjoy what's on offer here - for those looking for a reboot that tries new things and innovates the open-world genre, you should look elsewhere.