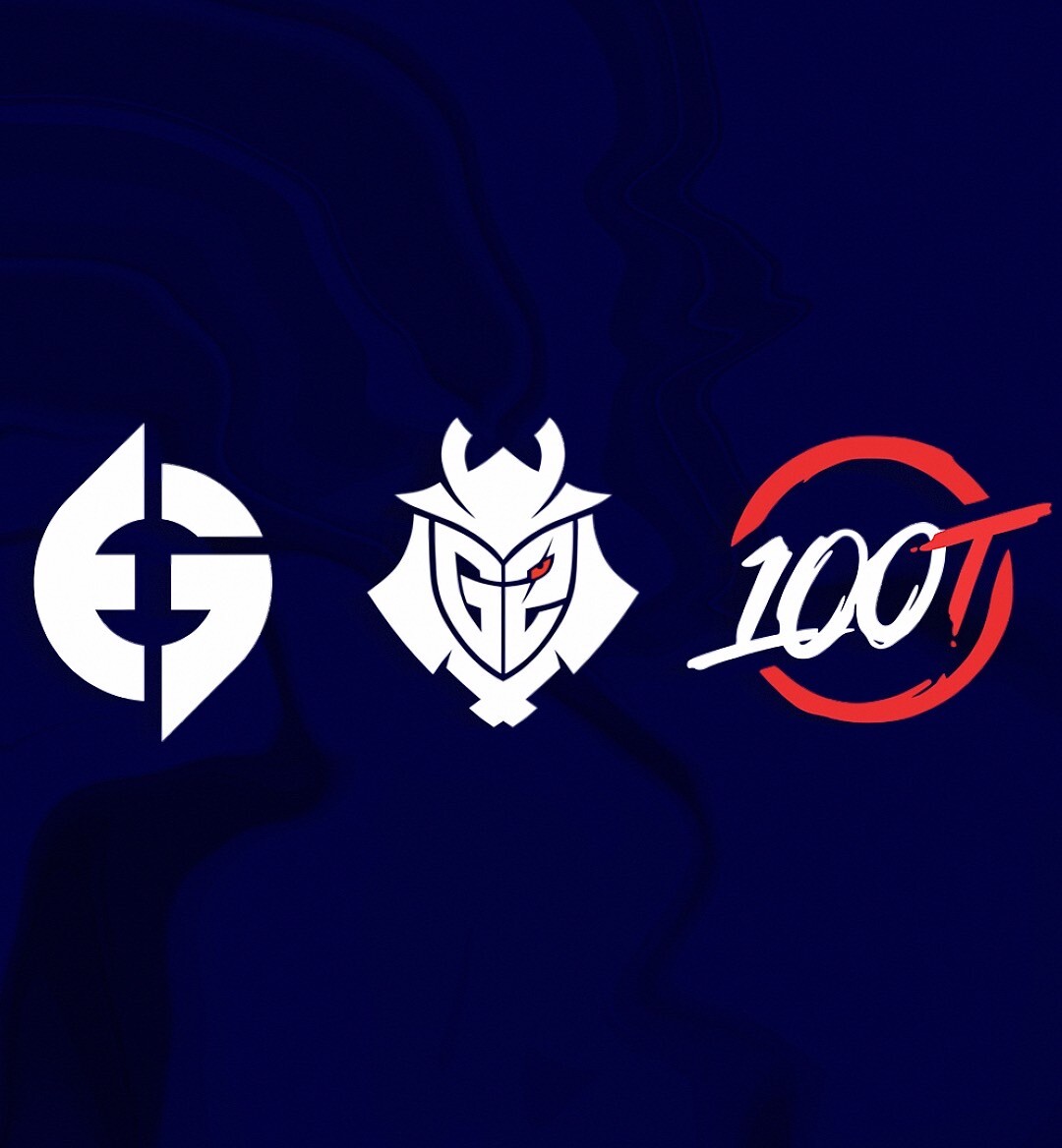 The burgeoning esports scene is fascinating once you get all wrapped up in everything it offers - the grandeur of arena-filled tournaments, the varied personalities behind the most popular players, and the game-winning plays that make the crowd go wild encompass the best aspects of pro gaming. Now when we talk about competitive gamers of the highest skill level, it's always cool to see them get aligned with fellow players to make up the many different groups organized within the top esports teams. We're here to compile 15 of the most revered and winningest pro gaming organizations today and make you aware of just how astounding their victories genuinely are.

RELATED: The 22 Top Esports Tournaments on the Circuit Right Now 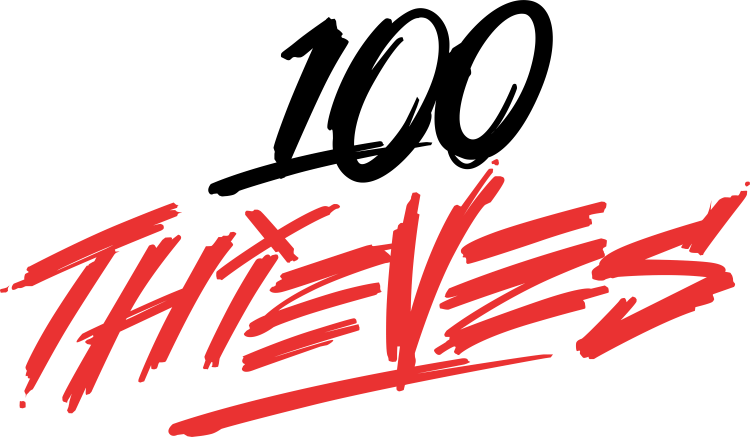 100 Thieves is a force in esports, content creation, and merchandising. In the competitive arena, this well-renowned esports institution houses players spread out across teams for mega-popular games such as League of Legends, Apex Legends, and Valorant. It's also worth noting that the Call of Duty League has 100 Thieves representation as well in the form of the Los Angeles Thieves. Big names such as Kim Chan-ho aka "Ssumday" and Zack "Drazah" Jordan have pulled off some impressive feats as part of the highly accomplished 100 Thieves roster. And some of the most notable first-place tournament victories that point to 100 Thieves' esports prowess came during the CWL London 2019 for Call of Duty, the 2020 First Strike North America for Valorant, and the 2021 LCS Championship for League of Legends. 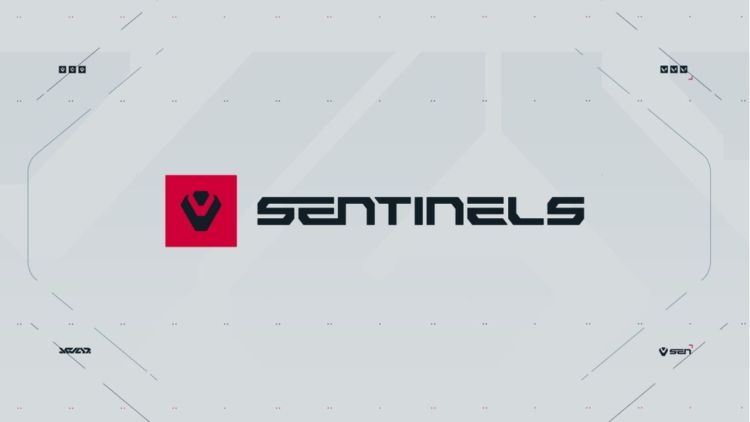 If the name Kyle “Bugha” Giersdorf rings a bell, then you're knee-deep in the Fortnite pro gaming circuit. He's the current reigning and defending Fortnite World Cup Champion that earned that accolade in 2019. And he just so happens to be a member of the illustrious Sentinels esports roster. This quality Los Angeles-based squad has teams that play at their absolute best level in Valorant, League of Legends: Wild Rift, Fortnite, Halo, and Apex Legends. As far as impressive victories for the Sentinels go, they notched a huge win over 100 Thieves at the VCT 2021: North America Stage 3 Challengers Playoffs for Valorant, notched the #1 spot at the 2022 HCS Major Kansas City for Halo, and grabbed 1st place during the RiftMSTRS 2022 - Finals for League of Legends: Wild Rift. 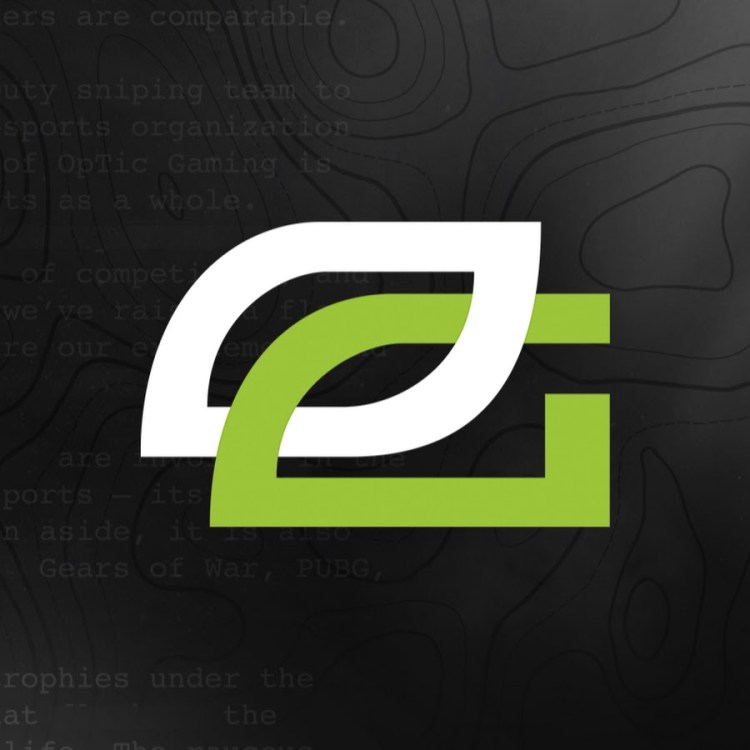 OpTic Gaming is a pro gaming powerhouse. And after merging with fellow esports organization Envy in 2021, they've morphed into even more of a force to be reckoned with. OpTic Texas makes major plays within the Call of Duty League, plus they're are three other branded teams that participate in Halo, Apex Legends, and Rocket League competitions. This esports squad has been going strong since 2006 and pulled off some amazing feats that have given them a huge array of first-place finishes. Some of OpTic Gaming's biggest top-spot victories came during the MLG Columbus 2011 for Call of Duty: Black Ops, the 2017 Halo World Championship Finals for Halo 5, and the 2022 Halo World Championship for Halo Infinite. 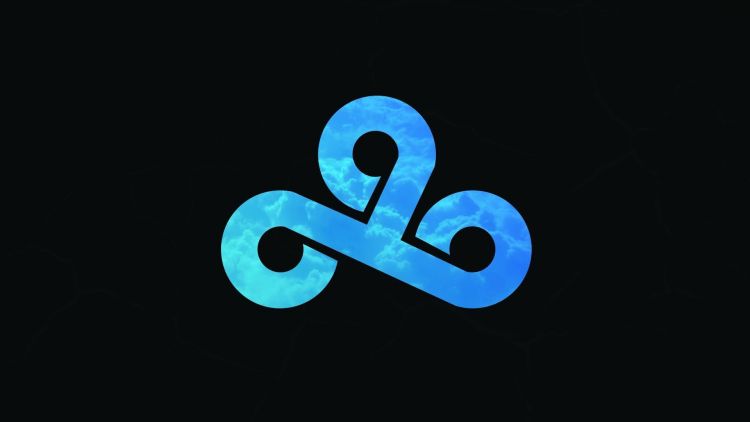 Since its creation in 2013, Cloud9 has done everything possible to get mentioned alongside its rivals once the conversation of top esports teams arises. The list of games this organization has teams in is quite lengthy - those games include Counter-Strike: Global Offensive, Fortnite, Halo, Hearthstone, League of Legends, Overwatch, Super Smash Bros. Melee, Teamfight Tactics, and Valorant. As a famous man once said, "men lie, women lie, numbers don't." As of 2022, C9 has competed in 35 tournaments and finished in first place a total of 13 times. Some of C9's most recent first-place accomplishments include its IEM Katowice 2020 Closed Qualifier win for CS:GO, its Overwatch Contenders 2020 Season 1 EU Seeding Tournament victory, and its triumph at the LACS 2020 Spring Regular Season for League of Legends.

Surprisingly enough, XSET wasn't founded all that long ago. A group of FaZe Clan former executives banded together to form this esports company in 2020. If you're an avid follower of the fighting game community scene, then you already know XSET's lone Street Fighter V player - the 2019 Capcom Cup champion, Derek "iDom" Ruffin. XSET also has strong teams put in place for games such as Splitgate, Rainbow Six: Siege, Rocket League, and more. For Valorant, XSET's team defeated OpTic Gaming on their way to the ultimate victory during the VCT 2022: North America Stage 2 Challengers. Plus their Rocket League team slotted themselves into first place during the 2022 Regain - Fall Split 1. 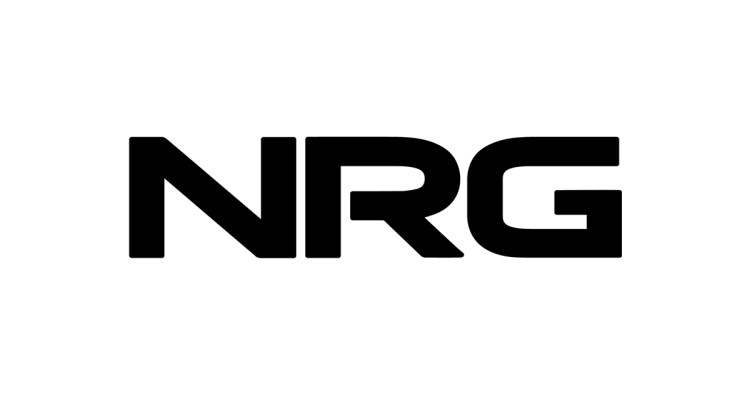 What we have here is yet another Los Angeles-based esports institution that was founded back in 2015. And the talent-filled teams it sends out to various tourneys to nab championship glory compete in the following games - Apex Legends, Fortnite, Overwatch, Rocket League, and Valorant. NRG even has its own array of quality speedrunners to boot - Kosmic, LilKirbs, and PointCrow all beat games as quickly and efficiently as possible under the NRG banner. NRG has to be considered among the wide gamut of tops esports teams due to its championship wins in Apex Legends (2022 MFAM Gauntlet #3), Fortnite (FNCS: 2021 Grand Royale - NAW), and Overwatch (2018 Overwatch PIT Championship - North America Season 3).

It's crazy how Team Liquid originated as a Battle.net clan and StarCraft community site and evolved into the esports mega force it is today. Their reign of dominance has resulted in their assorted teams delivering inspiring performances across games such as Dota 2, League of Legends, Super Smash Bros. Melee, and more. As of 2022, Team Liquid's Dota 2 team has grabbed five first-place championship wins. And on the Melee side of things, this esports giant lays claim to the talents of Juan Manuel DeBiedma aka "Hungrybox," who is one of the game's greatest players of all time. Team Liquid is simply goated. 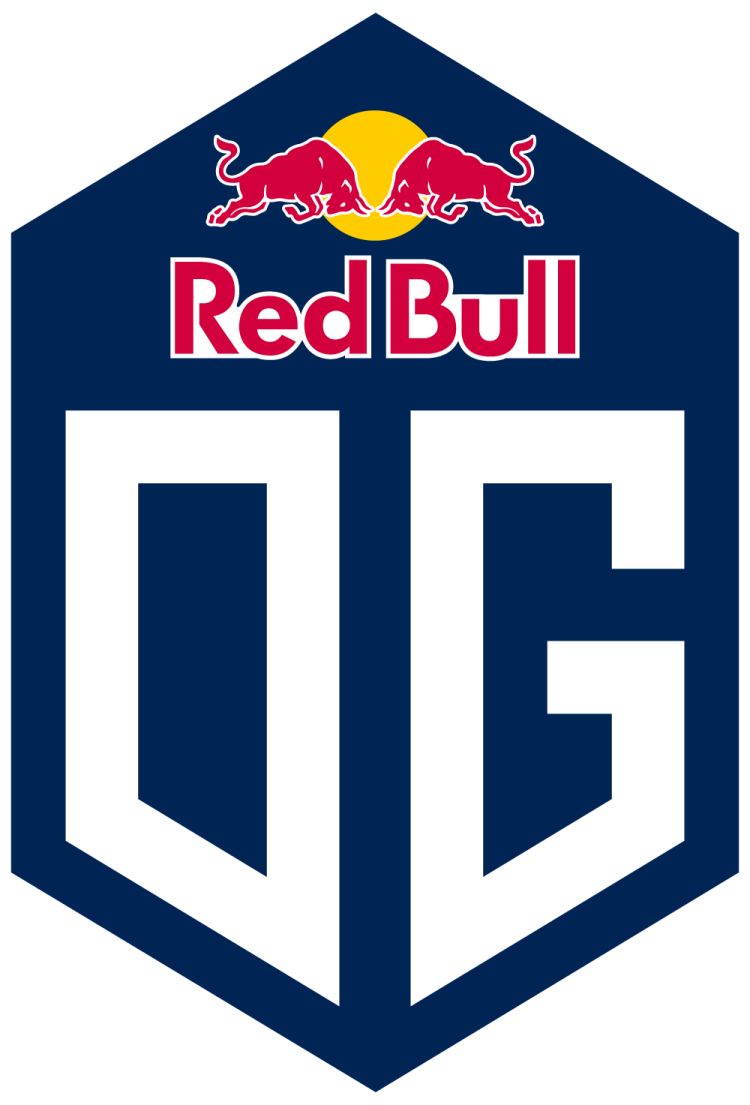 Shout out to  Johan "n0tail" Sundstein - he's the visionary that birthed OG Esports back in 2015. And since its creation, it has paved the way for a trio of accomplished teams that play at the highest level imaginable across the following titles - Dota 2, CS:GO, and Valorant. OG's official affiliation with the Red Bull brand shows just how much the organization has grown from its humble beginnings. On the championship wins front (as of 2022), OG claimed nine #1 victories during Dota 2 competitions and a major win during the 2021 Spring Sweet Spring #2 for CS:GO. This squad of uber-talented players/teams is proof that OG Esports is one of the top esports teams. 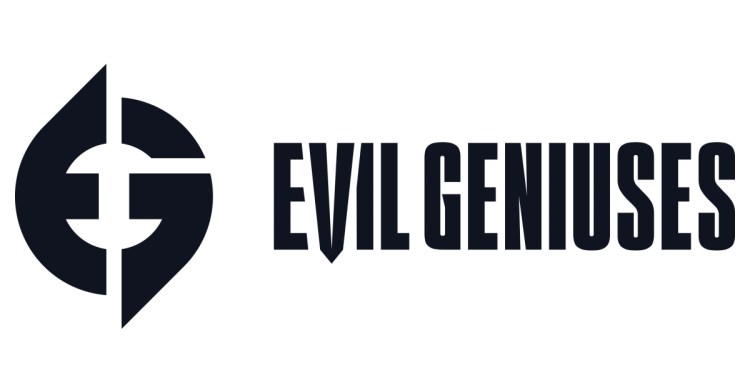 What initially started out as a Quake clan that came to life in 1999 has now transitioned into one of the most widely recognized esports organizations on the scene today. And what makes Evil Genuises such an iconic prop gaming staple is its Dota 2 squadron, which just so happened to win The International 2015 and receive one of the largest prize payouts for that game in the process. This organization's Call of Duty team also has a major victory to their name thanks to their 2018 Call of Duty Championship performance. On the FGC front, Evil Genuises features some absolute killers! We're talkin' Ricki Ortiz, Jon Coello aka "dekillsage," and Dominique McLean aka "SonicFox." 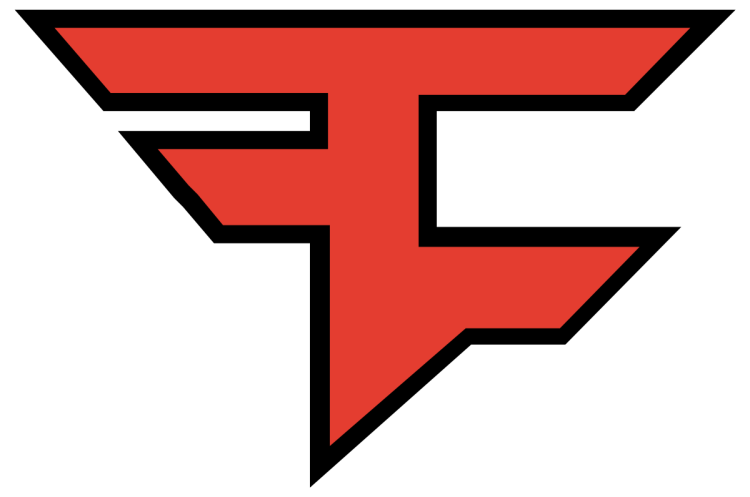 Anyone that follows the esports scene intently for a myriad of games knows the name FaZe Clan. What was formerly known as FaZe Sniping adopted its more recognizable name and has accumulated a bunch of noteworthy accolades over time. The strong teams FaZe Clan houses dominate across multiplayer staples such as CS:GO, Call of Duty, Valorant, and so much more. They even have two separate teams based in the Asian market that specialize in playing PUBG Mobile and FIFA Online. FaZe Clan's CS:GO team is next-level - as of 2022, that seemingly unstoppable unit has acquired 10 championship victories.

In 2014, this esports association came to fruition as Gamers2. And then the following year, that name changed to the one we know them as today - G2 Esports. Its legacy is growing as time goes on thanks to the quality teams it has built for Apex Legends, League of Legends, Valorant, and more. G2 Esports even participates in the sim racing scene thanks to its eNASCAR iRacing series competitors. When you mention G2 Esports' Valorant credentials, you have to acknowledge just how impressive its six championship wins are (as of 2022). And you have to give a round of applause to its Apex Legends squad, which has nabbed three major first-place victories of its own (as of 2022).

When translated, Natus Vincere is Latin for "born to win." That sentiment describes the overall winning attitude of the Ukrainian esports organization. What's most impressive about this group is its highly efficient and imposing CS:GO team - it pulled off an amazing feat in 2010 by winning the Intel Extreme Masters, Electronic Sports World Cup, and World Cyber Games. Plus their Dota 2 alliance blew everyone's minds by winning The International 2011. What also makes Natus Vincere such a great esports staple is its focus on building up both male and female teams for the biggest games on the esports circuit. Their women's CS:GO and Valorant teams are pretty badass in their own right. 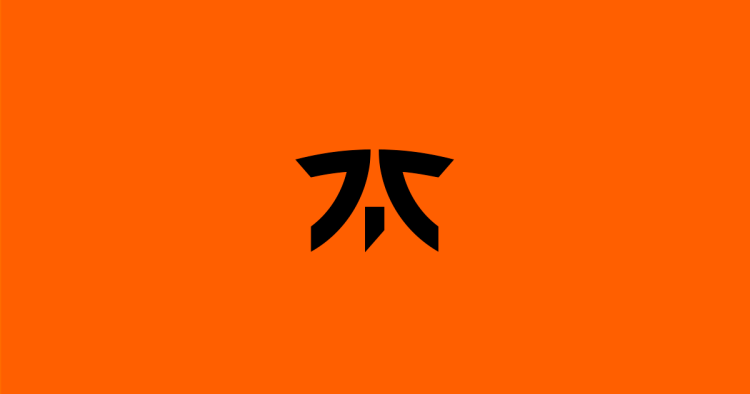 Housed within London is one of the most powerful leaders in the esports realm. After its creation in 2004, Fnatic has gone far and wide with its tournament performances and continues to do so to this very day. Fnatic's League of Legends team can always be proud of the fact that they won the inaugural League of Legends World Championship in 2011. This group's CS:GO team is also quite the unstoppable force and immovable object all rolled into one - as of 2022, they've conquered 10 tourneys with some hard-fought first-place wins. Fnatic's assorted Valorant, Halo, Apex Legends, etc., teams are also proof of this esports team's signature winning ways. 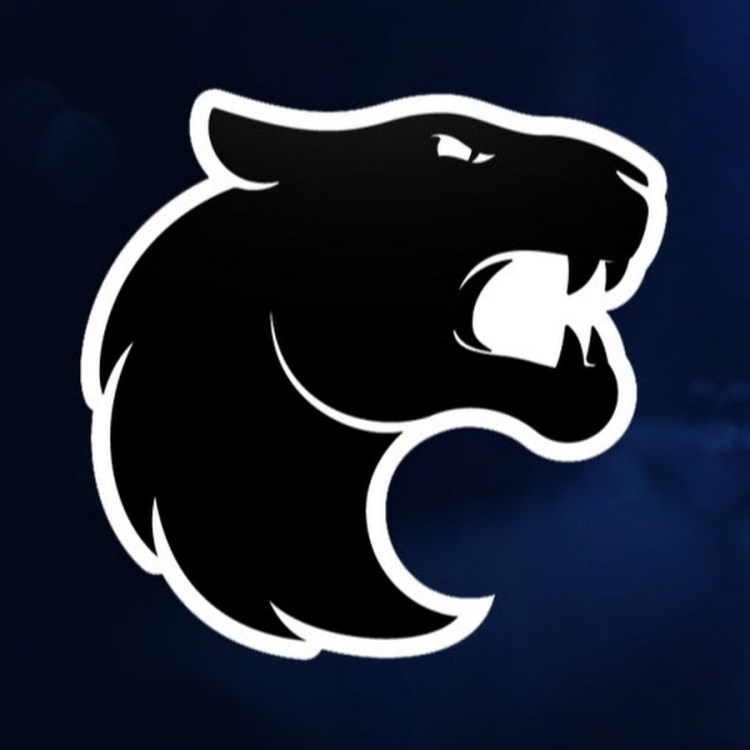 FURIA Esports hails from Brazil and has done a great job of making the world at large aware of its dedication to playing at the highest level possible. FURIA has put together formidable formations for the following games - CS:GO, League of Legends, Rocket League, Rainbow Six: Siege, and Valorant. On the CS:GO front, FURIA's team has amassed seven championship wins as of 2022. As for their Rocket League team, FURIA has brought home six first-place triumphs as of 2022. And finally, FURIA managed to climb to the top spot for League of Legends during the BRCC Summer 2018 tournament. 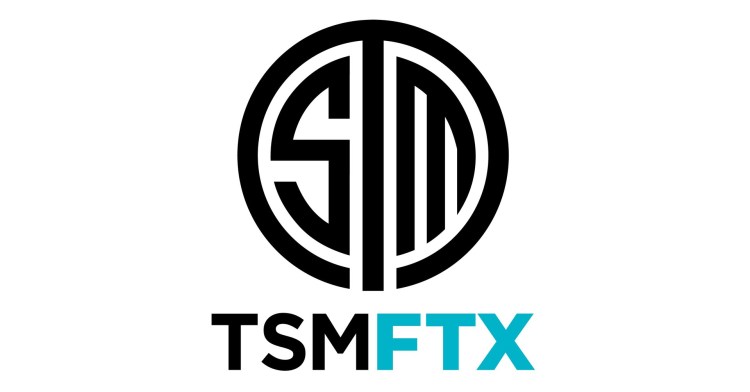 In 2009, brothers Andy "Reginald" Dinh and Dan "Dan Dinh" Dinh gave life to the website SoloMid.Net. Then it eventually transitioned into one of the top esports teams as Team SoloMid and finalized its title as TSM. On today's massive competitive gaming circuit, TSM has top-ranking players split across teams that put in the work across games like Dota 2, Fortnite, and even Magic: The Gathering Arena. TSM's League of Legends team is revered since it emerged victorious by winning off seven of the total sixteen splits of North America's League of Legends Championship Series. And in the Dota 2 arena, TSM's team previously won the DPC NA 2021/2022 Tour 1: Regional Final and ESL One Malaysia 2022 North America: Closed Qualifier. 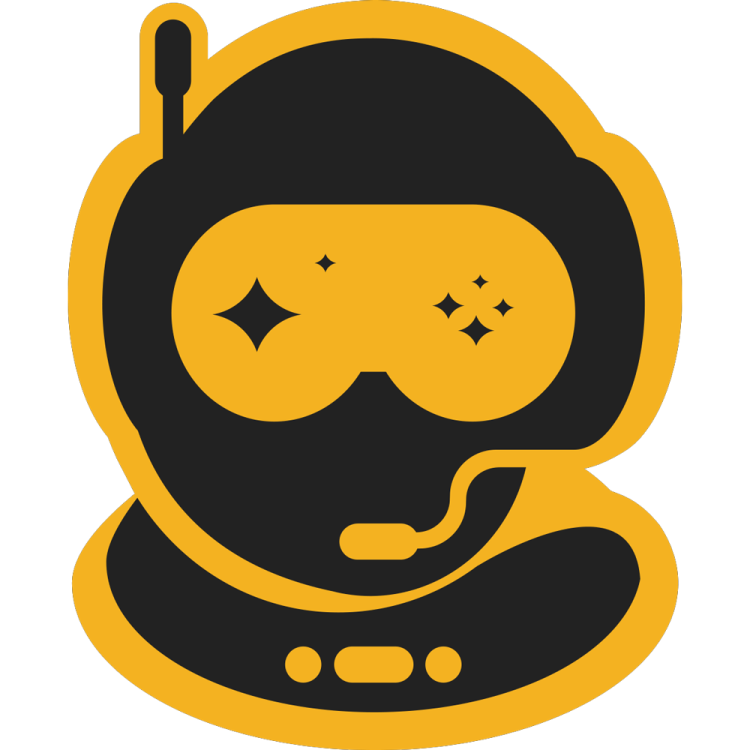 Besides this esports entity having one of the cooler logos, Spacestation Gaming can also lay claim to being recognized as one of the best to ever do it. This organization mostly focuses on pushing its first-person shooter-centered teams to notch the victories that define their greatness. Plus they have the imposing Super Smash Bros. Ultimate player known as Salvatore "Zomba" DeSena in their midst. Spacestation Gaming's biggest claim to fame is its Rainbow Six: Siege team winning it big by claiming the world championship in 2020. Plus this group's Apex Legends unit has also put in the work to come out on top - as of 2022, they've conquered four separate championship tournaments.