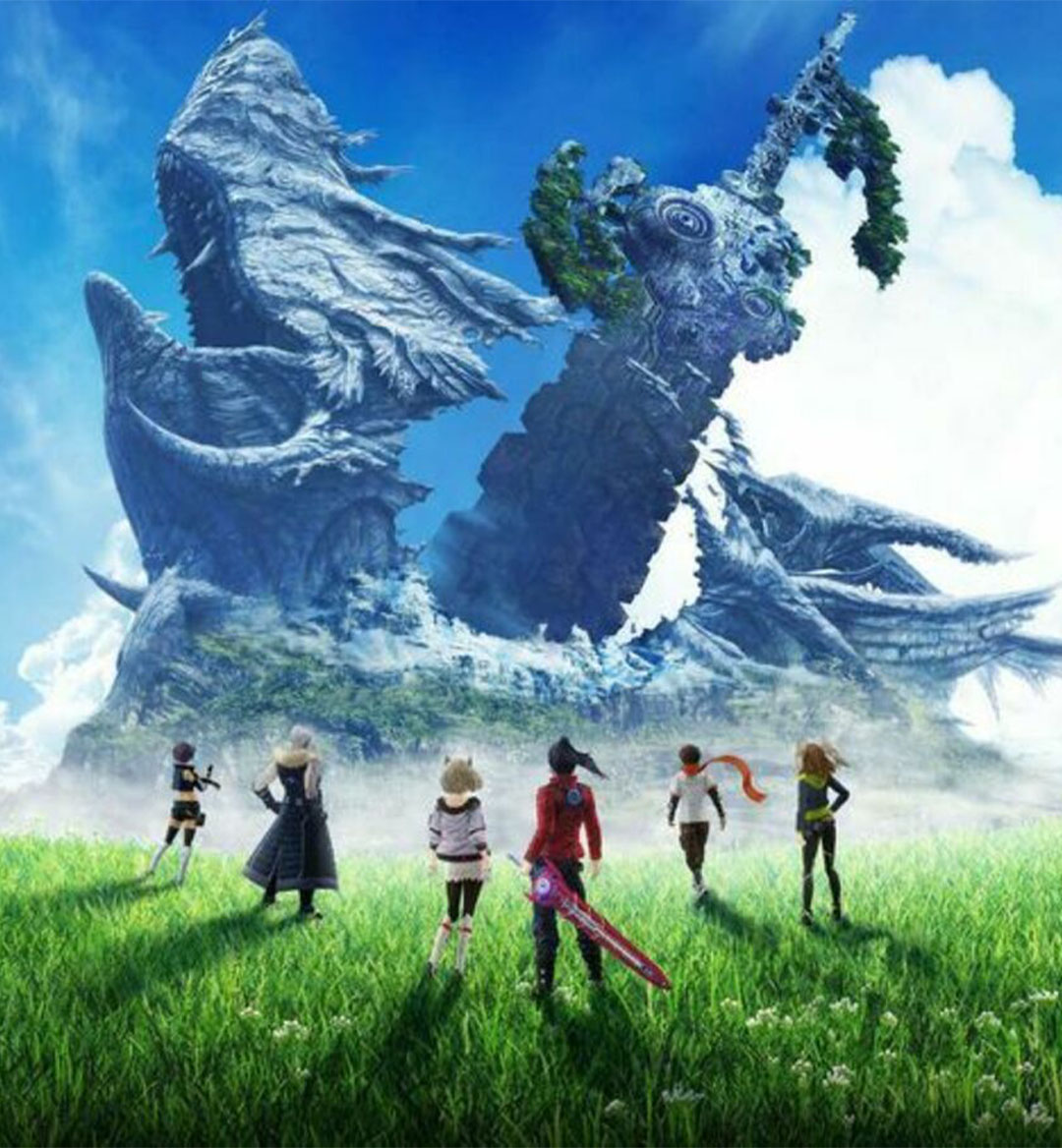 Confession time! I, Elton Jones, have never played a single Xenoblade Chronicles series entry. The only past interaction I've ever had with Nintendo's premiere JRPG franchise is with Shulk through my usage of him in Super Smash Bros. for Nintendo 3DS and Wii U. From the outside looking in, I've seen nothing but praise heaped upon developer Monolith Soft's magnum opus. Finally dipping my toes into the series by starting my journey with the third game is odd, yes. But the hype and allure surrounding this major Switch release were just too hard to ignore. Now I have arrived with my Xenoblade Chronicles 3 review to let you all know that not only is it a top contender for the 2022 game of the year, but it's also one of the best JRPGs I've played in recent memory. 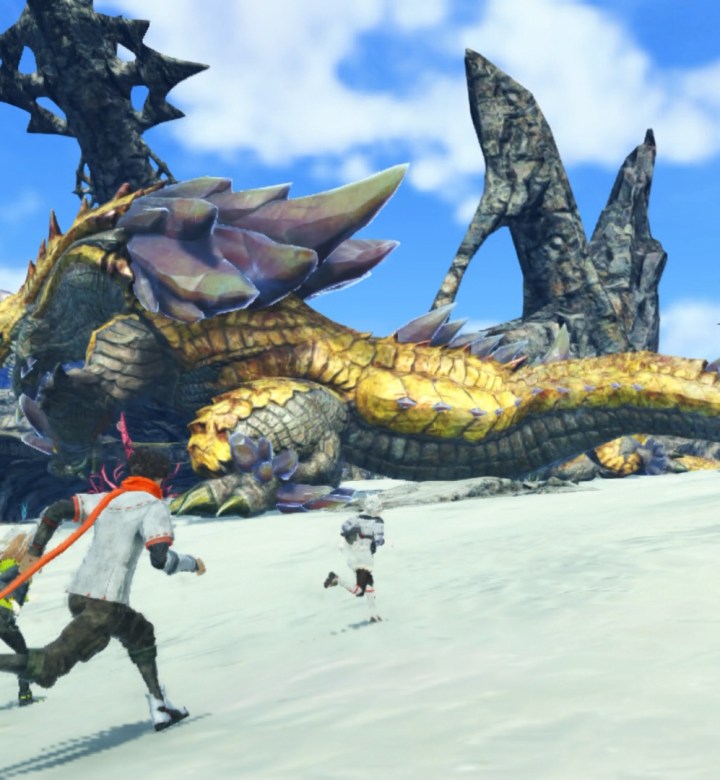 I tend to gravitate towards JRPGs that present a dark and mature storyline within the confines of a visual art style that utilizes cutesy and oh-so-handsome anime avatars. I always love the shock that comes with seeing seemingly non-threatening characters getting involved in tumultuous battles and embroiled in the sort of situations you wouldn't expect to see them be a part of. Xenoblade Chronicles 3 is a perfect example of that preferred JRPG scenario I love so much. Two warring nations with two different approaches to their way of living are in constant conflict with one another - both sides rely on using genetically engineered human soldiers with shortened lifespans. Two trios that hail from both nations regularly find themselves embroiled in the many battles that play out, which sees deceased soldiers' life energy getting transported into the enemy nation's "Flame Clock" contraption. An ongoing cycle of killing and harnessing one's life force to keep separate colonies' Flame Clocks full lies at the heart of how life proceeds for everyone living in a world filled with strife and loss.

The story of Xenoblade Chronicles 3 is one that starts heavy and doesn't let up throughout its lengthy timespan. The six main characters that you come across start out their adventure by sticking to the status quo of the militarized lives they lead. But they eventually run into each other and have their destines altered in a significant manner that leads them to the truth behind who is really pulling the strings behind all the fighting going on between both nations. The themes of freeing oneself from the demands of the powers that be and fighting back against a predestined outcome are strong here, which I highly appreciate. Your usual anime archetypes are included here, such as the calm warrior that speaks with a soft tone and the super energetic girl that's always ready for a fight. Even still, the plot threads that develop across the game that involves each party member made me fall in love with them and root for a positive outcome as I neared the conclusion of their emotional journey.

I realize that the Switch isn't the most powerful piece of hardware on the market, but Xenoblade Chronicles 3 does a good job of looking and sounding its best on Nintendo's hybrid portable/home console. The anime-inspired visual prowess of the game is alluring most of the time and the vast open-world features a wealth of awe-inspiring biomes that usually made me stand still in order to take them all in. Now I must admit - I've come across some graphical hiccups from time to time during my time spent with this game. There were random moments where the game stopped altogether for a quick second before it got going once again. Plus frame rate dips and longer than expected load times tend to be regular occurrences that are also hard to ignore. I owe all those issues to the hardware this game is exclusive to more than the game's overall performance itself. Aging console hardware is an issue here, but it isn't enough to prevent you from enjoying Xenoblade Chronicles 3 as a whole. 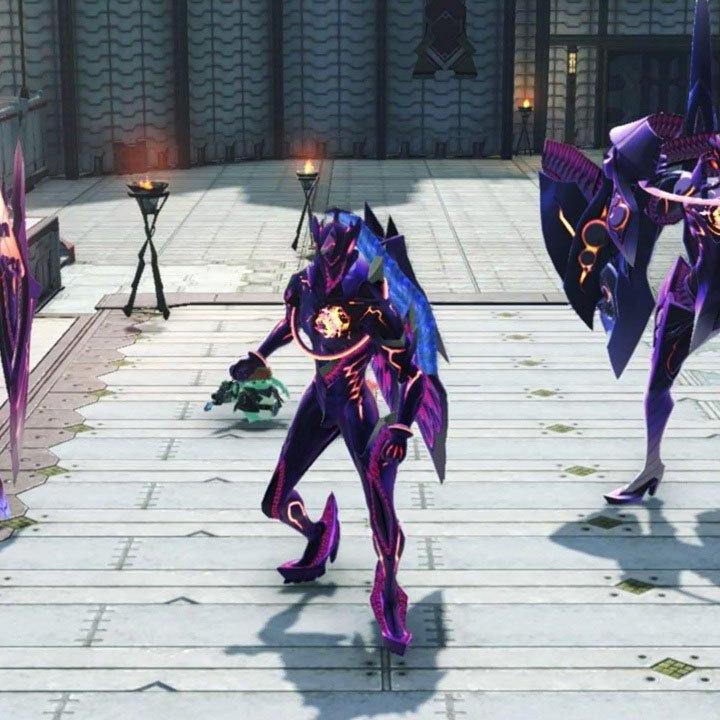 The two main reasons why this JRPG is so hard to put down during extended play sessions are its enjoyably complex battle mechanics and the fulfillment that comes from exploring every part of the game's intricate systems. Xenoblade Chronicles 3's combat is super addicting - I found myself pouring so much time into taking down monsters with special icons above their heads that notify me of their rarity and the special items produced by their defeat. As you get deeper into the game, new battle mechanics unlock and improve upon every facet of combat you've already mastered. Being able to change character classes, building up to super attacks by sticking to a class' proper approach to battle behavior, knowing when to pull off a "Chain Attack," etc. are just a sample size of all the great systems put in place for such a satisfying battle system. The Ouroboros transformations raise the power scale of your party members the most and present exciting battle occurrences, especially during epic boss encounters.

Xenoblade Chronicles 3's world exploration is so rewarding and beneficial for those who take the time to make full use of it. There is so much to do and see throughout the massive world of Aionios - finding rare item capsules, sending off the spirits of slain soldiers, and discovering new areas all play a part in making your party stronger and helping them complete the many side tasks afforded to them. It always feels so gratifying to acquire the items needed to craft stat-boosting gems, collect the upgrade points required to strengthen your Oroborous forms, and gather/send the various goodies random colony members request on a regular basis. 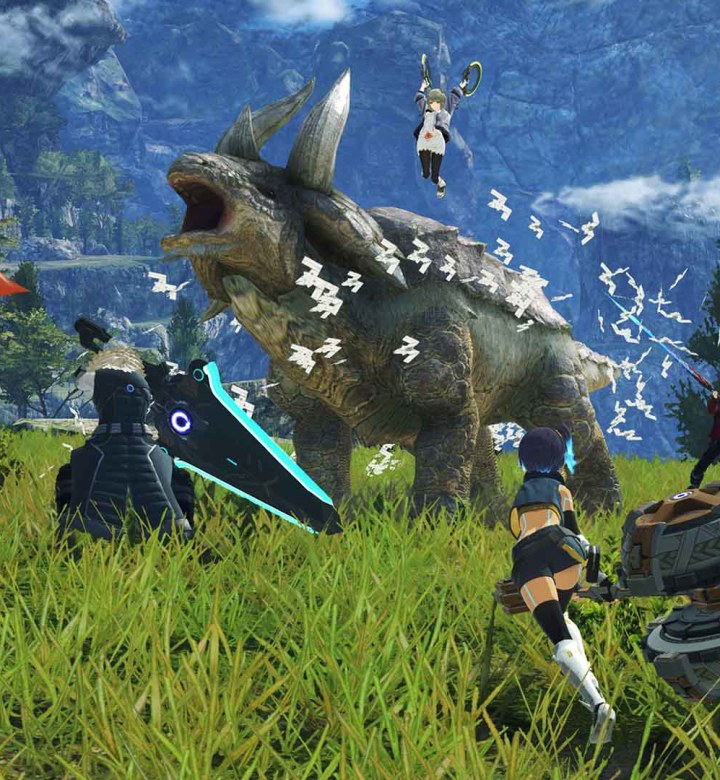 My Xenoblade Chronicles 3 review can be broken down into these main pros and cons. The overall art style is charming, the music is delightful, the story is gripping, the combat is enthralling, and the adventure as a whole is highly diverting. Performance issues on the technical side mar the overall experience every now and then, but not enough to keep you from seeing the protagonists of the game free themselves and the rest of their world from lives marred by loss and anguish. Xenoblade Chronicles 3 is one of the most satisfying JRPGs I've ever experienced and a drawn-out quest worth exploring from start to finish.