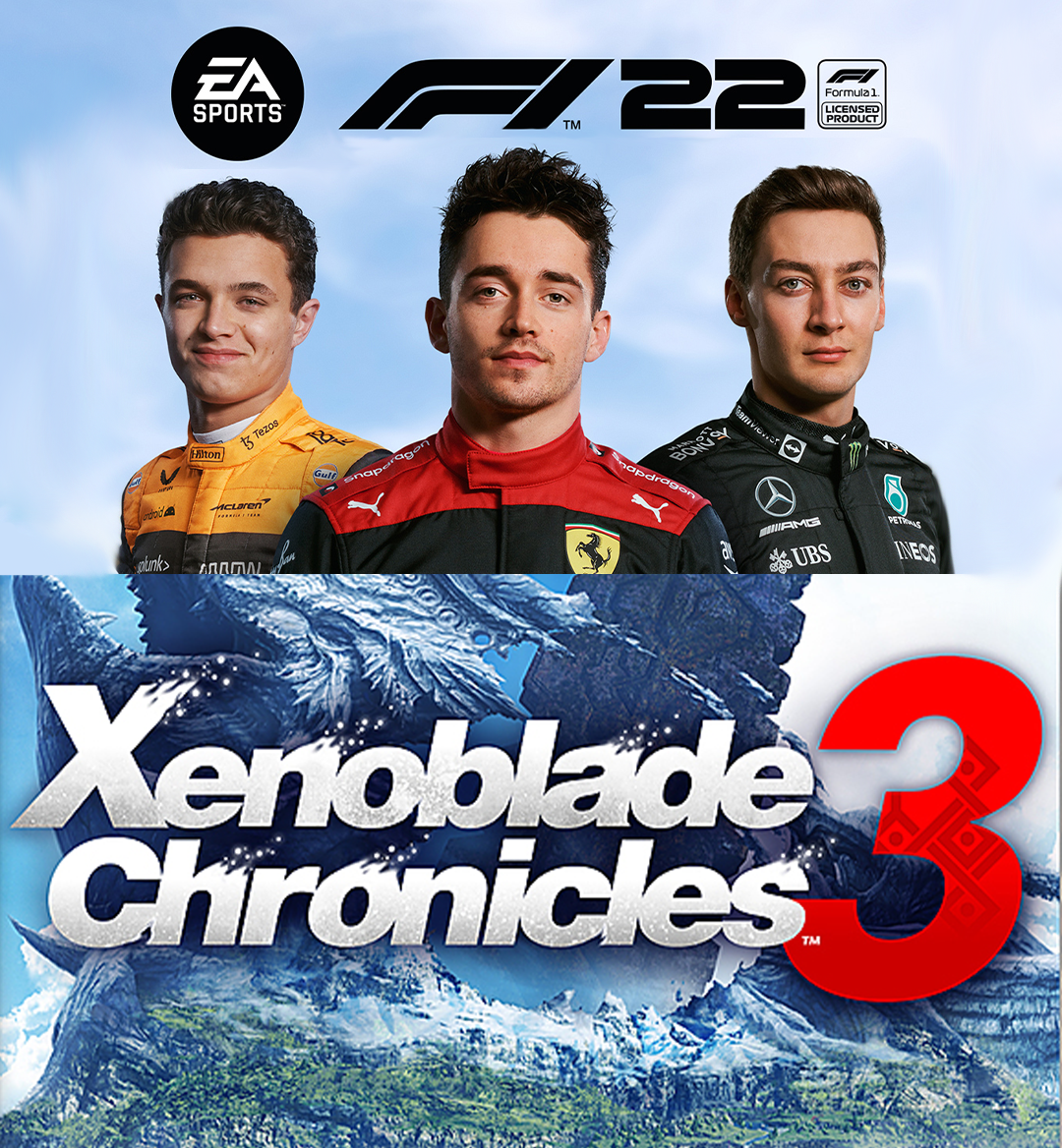 How's everybody enjoying the summer thus far? It sure must feel good to be able to hit the boardwalk with your fam again and also have the opportunity to leave your house without a hoodie on. Once you're done basking in the sun and enjoying all the warm weather, feel free to step back into full gamer mode so you can enjoy this lineup of July 2022 video game releases. This month, you guys and gals can look forward to two major JRPG releases for the Switch, a remastered collection of two classic Bandai Namco platformers, the latest annual foray into F1 simulation racing, and so much more. 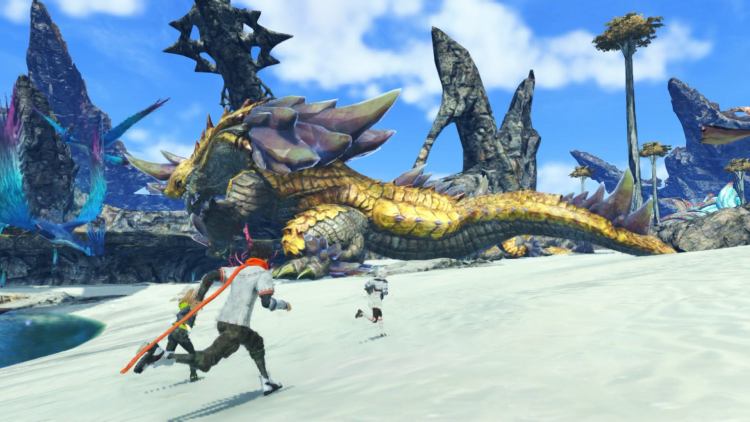 Developer Codemasters has earned a reputation for crafting the finest racing games on the planet. And for the 15th entry in the long-running F1 simulation series, the studio is looking to maintain its high standard for the genre. F1 2022 is going above and beyond for its car models and physics engine by improving them to an even higher degree. The breakneck pace of the races themselves will stay intact for this sequel as players will get to race across updated track layouts on legacy circuits. F1 diehards can very much look forward to speeding across the newly added Miami International Autodrome as well. Along with adaptive AI racers and the presence of the Formula One Sprint competition, F1 2022 sounds like it'll be the ultimate playable representation of the popular motorsport.

The premise behind Arcadeggedon is such a mind trip. So you and your buddies seek to aid the lovable owner of a local arcade, who's just had his super game hacked and injected with a debilitating virus by a mega-corporation. In order to accomplish that commendable mission, you and your crew will need to venture through various game-themed biomes, play varied minigames, discover hidden treasure, and eliminate all sorts of baddies & big bosses. Arcadegeddon may just morph into your latest multiplayer addiction since it combines co-op, PVE, and PVP elements to keep you entertained all the while.

Bandai Namco's floppy-eared platforming hero has kept a low profile for far too long now. 2022 marks his welcome resurgence as he's set to appear in a remastered compilation of his first two adventures. Klonoa Phantasy Reverie Series will feature updated renditions of the 2008 remake for Klonoa: Door to Phantomile and the PS2 release of Klonoa 2: Lunatea's Veil. Both games will now run in 60 fps, include 4K resolution on certain consoles, feature an adjustable difficulty option, and debut a two-player co-op mode. Platformer fans who want to relive the good old days of all those whimsical hop and bops starring anthropomorphic heroes will surely love this collection.

WayForward is the master of honoring the best pieces of nostalgia from the 80s and 90s through their retro stylized games. Its latest release is called Spidersaurs, which is a super cool nod to the Saturday morning cartoons of a bygone era. This co-op, side-scrolling shooter is also a love letter to Contra - the name of the game here is to run from left to right and shoot down an army of genetically engineered dinosaur-spider hybrids. As either punk rocker Victoria or officer-in-training Adrian, you'll equip a nice variety of weapons in a bid to eliminate everything in your path. Run-'n'-Gun fans will have a lot to look forward to with this one!

Publisher Annapurna Interactive always goes out of its way to release projects that are different from the norm of what gamers expect. The publisher is keeping up with that signature trend by putting out the feline-focused adventure game called Stray, which comes from the development studio known as BlueTwelve Studio. So what will you be doing in this open-world experience? Well, you'll explore the game's robot-populated world and try to seek out your family as a cute little stray cat. All the while, you'll be accompanied by a drone named B12. You can look forward to venturing through varied locales, solving puzzles, fending off the evil "Zurks," and interacting with all those aforementioned bots as your done buddy translates their many sayings.

True JRPG aficionados have probably already taken the original 1994 version of Live A Live for a spin. For those of you just hearing about it, you'll be happy to know that it's getting an "HD-2D" remake that'll bring it up to the current standards of Square Enix's latest retro-stylized JRPGs. Live A Live features a really cool premise where you'll get to play through the lives of seven main characters that exist within different time periods. So in one case, you'll be adventuring through the prehistoric era as a caveman. Later on, you'll find yourself playing as a gunslinger during the wild west era. Expect plenty of wild story twists and action-packed turn-based combat from this out-of-nowhere JRPG remake.

Capcom has done an amazing job as of late when it comes to bringing its classic arcade games back within modern-day compilations. If you copped the Street Fighter 30th Anniversary Collection, the Capcom Fighting Collection, and the first Capcom Arcade Stadium, then you're most likely going to pick up this collection as well. Capcom Arcade 2nd Stadium comes with all the nifty features that were present in its predecessor. You'll be treated to another fine selection of classic Capcom arcade hits, such as Saturday Night Slam Masters, Knights of the Round, Mega Man: The Power Battle, and a whole lot more. SonSon will come as a free download for this games compilation, while Three Wonders will be offered as a gift for early purchasers/pre-order recipients of the Capcom Fighting Collection.

This might be hard to fathom, but the last mainline entry in the Azure Striker Gunvolt series came out in 2016. Now in 2022, Azure Striker Gunvolt 3 is giving series fans and Mega Man X diehards something great to look forward to. Once again, series frontman Gunvolt comes back to blast through all types of mechanical enemies. In this much-anticipated sequel, he'll be joined by a new female heroine named Kirin. Her flashy move set consists of ranged and melee attacks that are powered by her trusty sword & enchanted talismans. Prepare yourself for some immensely gratifying side-scrolling, run-n-gun (and slash!) action.

Digimon Survive was announced in July 2018. How fitting is it that this brand new game starring the world's most lovable digital monsters is dropping that same month in 2022? This often delayed project is finally coming out and it's set to offer a clever mixture of visual novel, survival, and strategy RPG mechanics to set itself apart from its rival in the Pokémon series. You'll find yourself within the digital world that's home to numerous Digimon creatures and engage in tactical combat with your favorite monsters by your side. Digimon Survive will make you want to see all of its many outcomes as its story segments produce different outcomes and even different Digivolutions based on the choices you make.

Switch owners are getting the most marquee release of July as Xenoblade Chronicles 3 is dropping a lot sooner than originally expected. Developer Monolith Soft is heading back into the action RPG realm once again here with a new storyline that follows two members of opposing nations named Noah and Mio. Both protagonists and four other main party members will join forces to explore the massive open-world world known as "Aionios," which is in a constant state of war. The action RPG mechanics featured in the last two mainline Xenoblade Chronicles games make their return, plus this sequel will debut the "Interlinking" system. By pairing two specific characters together, you'll be able to bring hulking mechs called "Ouroboros" onto the battlefield. Xenoblade Chronicles 3 is certainly the most major when it comes to July 2022 video game releases.

The Biggest May 2022 Video Games

The Biggest Games Releasing in April 2022