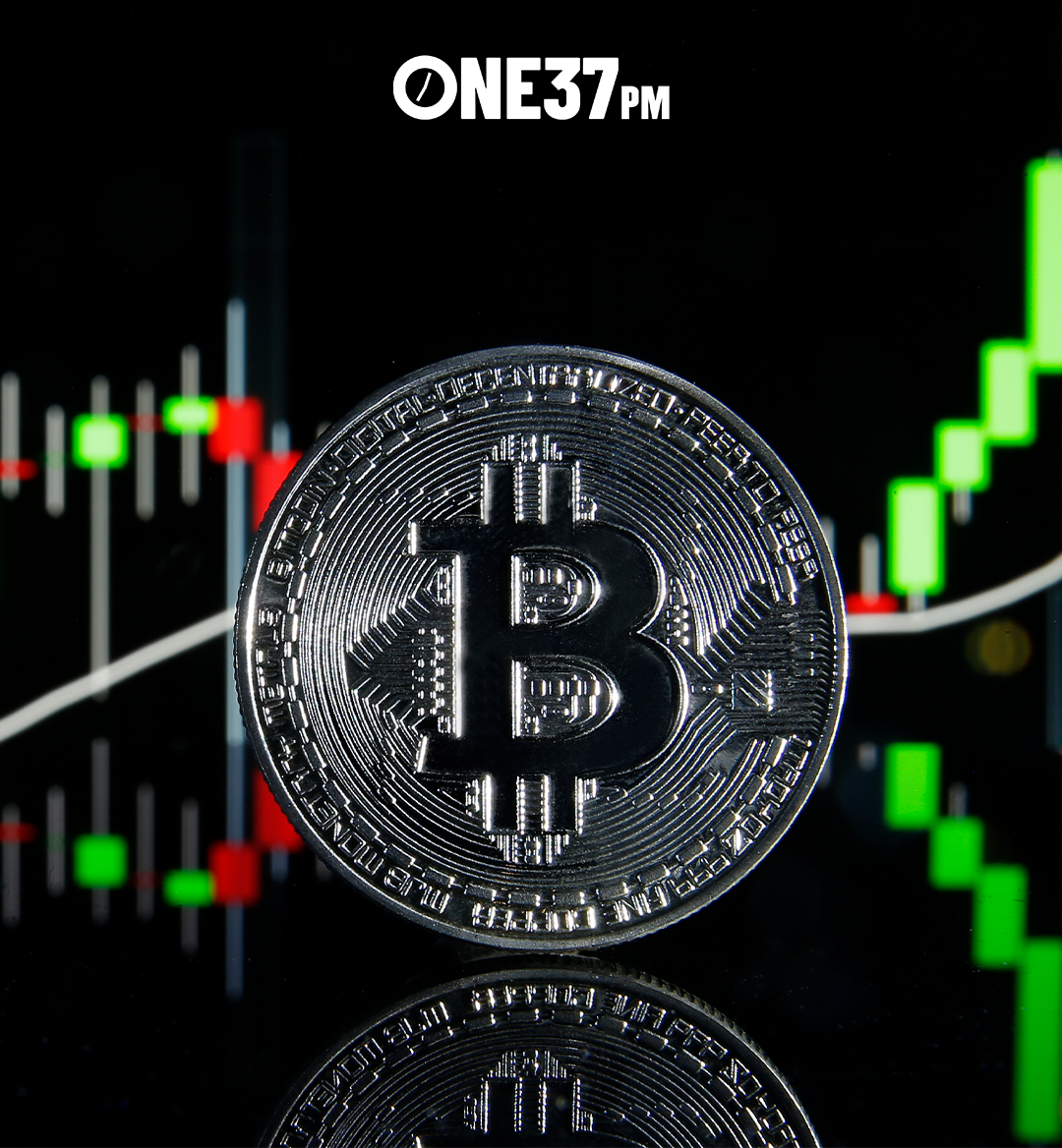 Note: This article is not intended to be formal financial advice; always do your own research before investing.

Bitcoin hit a 40-day low of $47,272 on April 25 after an impressive run to start the year. And like every dip, bears are out of hibernation again, telling us Bitcoin reached its peak. But I’m not worried about the recent price drop.

Let’s take a closer look at Bitcoin’s historical data. It’ll show us why we are on the verge of another bull run.

Bitcoin has made about four major jumps since 2017. Obviously, there are different ways to define a “jump”. For this exercise, we are going to look at instances when Bitcoin pumped over 100% growth within a period of a few weeks. 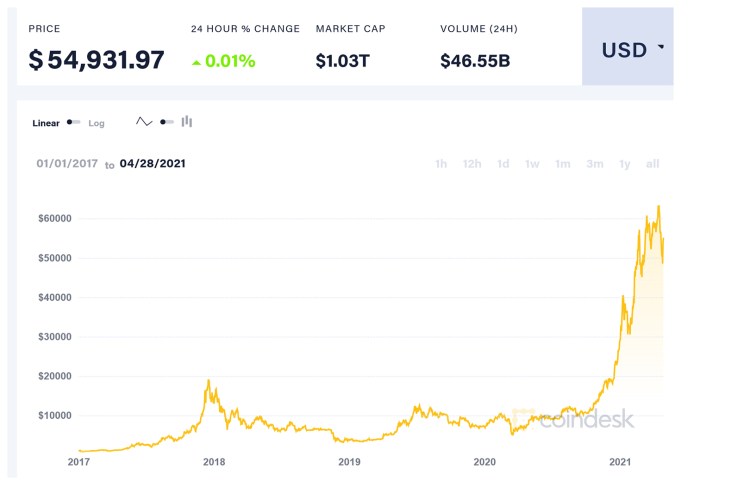 The next major push came in the summer of 2019, when prices quadrupled in a matter of weeks. After reaching a peak of $12,000 in that bull run, prices fell as low as $7000. This was about the price of Bitcoin when the COVID-19 pandemic began.

Through the first four months of the pandemic, Bitcoin rose around 100% as governments around the world printed trillions of fiat dollars to keep up with a flattened global economy. 22% of USD in circulation was printed in 2020 alone. Most notably, Bitcoin redefined itself in 2020 as more than just a tool for financial crime. Suddenly, it became a legitimate, viable world currency after years of criticism. 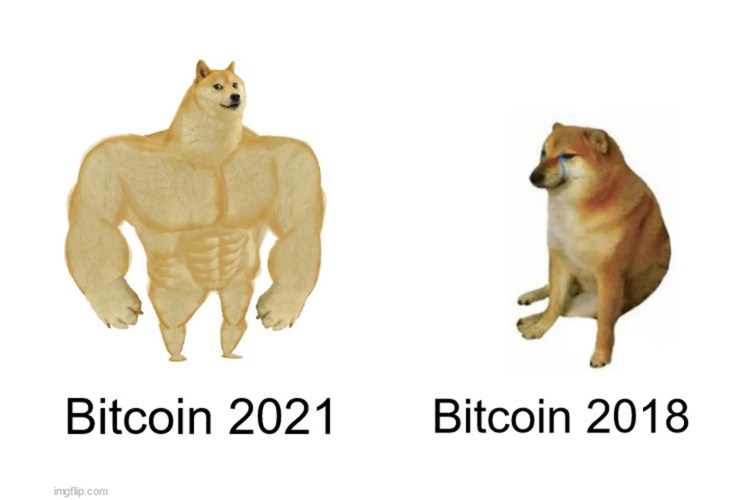 Based on historical data, Bitcoin took about 12-18 months to reach its next macro-level bull run after hitting a peak. But this is not the same Bitcoin we knew in 2018.

Over the last few months, thousands of old-world portfolio managers embraced crypto. Heck, BTC has become a ticker mainstay on CNBC. Whoever thought that would happen? But the interesting thing is, none of these people embraced Bitcoin because they wanted to, they embraced it because they had to. “Follow the money”.

Major companies like Square and Paypal use Bitcoin to store cash reserves and enhance their user experience. In March, the Dallas Mavericks (led by Mark Cuban) announced they would be the first NBA team to accept Dogecoin for tickets and merch.

On the verge of a Bitcoin bull run:

All the indicators point to another bull run for Bitcoin. I’m not worried about this price drop. In fact, if you are one of those people who missed the boat on BTC completely but don’t want to dive into the volatile, confusing world of altcoins, this may be a good time to jump in.

There are a lot of bears in the media saying this may be the end of a historic run. But they have been saying that since 2013, and they’ve been wrong every time.

I’m not a Bitcoin maximalist, per se, but I think we are nowhere near hitting its true, long-term value. Bitcoin is now backed by powerful market forces, even if a few governments seek to halt its growth.

With a finite supply available, Bitcoin has serious appreciating value as a cash reserve for businesses. Digital payments are more frequent, transactions are getting faster and more reliable, and the prospect of exchanging crypto in everyday purchases will become more and more normalized.

Put simply, Bitcoin is still undervalued. It’s hard to say that, especially when it’s jumped over 500% in a matter of months. Still, as more legacy brands look to adopt crypto into their business models, Bitcoin, millions of which are lost forever, has some room left to grow.