Music of the Month: 13 Standout Songs from August Not to Miss

You won’t regret adding these tunes to your playlist 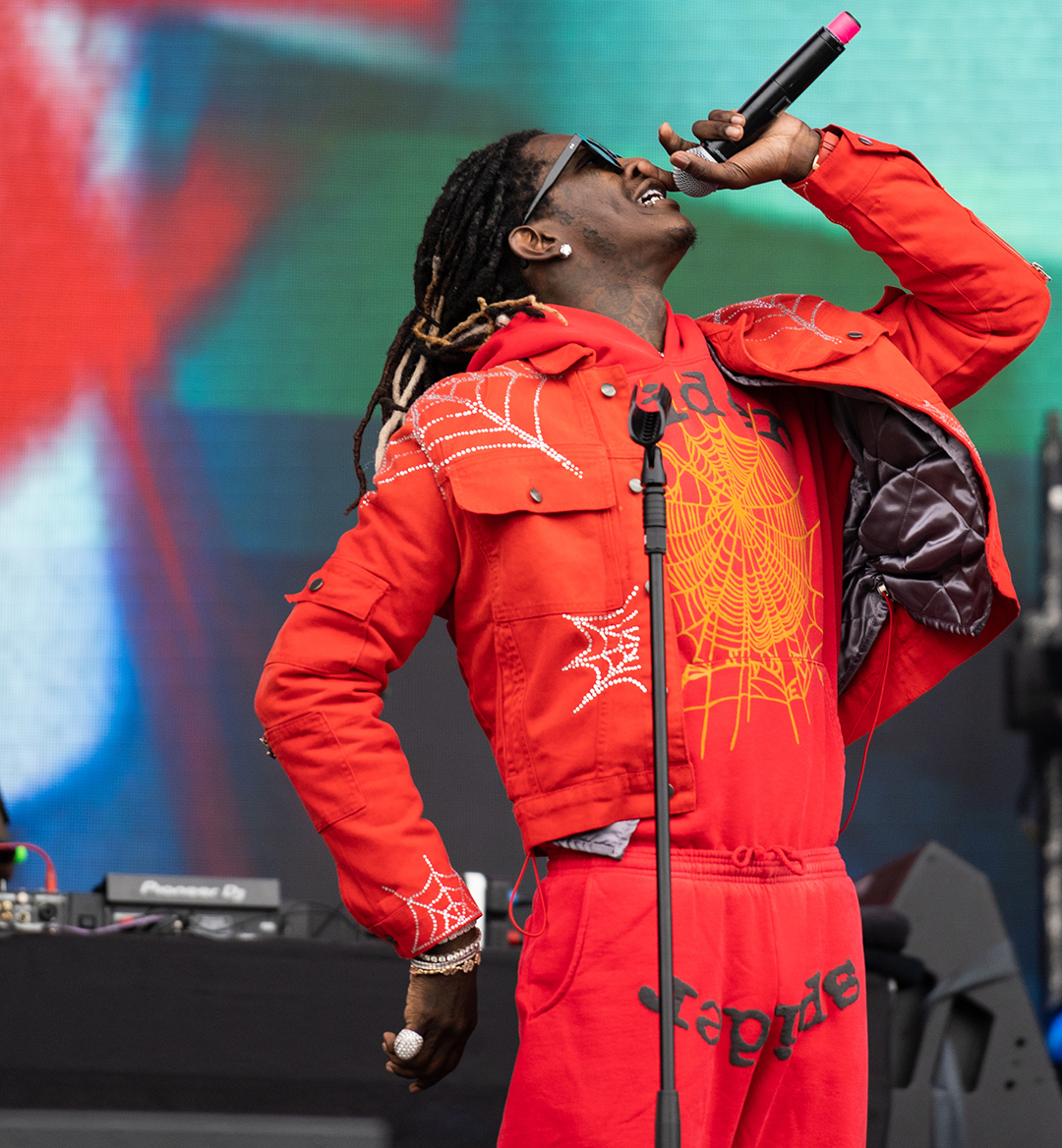 August is the last full month of summer and the music couldn’t be hotter. Highly anticipated albums from artists like Young Thug and Taylor Swift made their way onto our playlists and will undoubtedly hold a lasting presence.

Megan Thee Stallion and Nicki Minaj finally collaborated, Brockhampton dropped a new project and Normani released the “Motivation” music video, leading up to Normani’s astounding MTV VMAs performance. With all these wins, we found it suitable to provide you with our favorite songs from August 2019. Push play.

Fans have long awaited a new release from music collective Brockhampton. On “Boy Bye,” they rap about dealing with anxiety and depression and their desire to create personal connections, a frequent theme in the band’s lyrics. “Boy Bye” follows the band’s two other 2019 releases, “I Been Born Again” and “If You Pray Right.” The fresh track served as a remarkable preview to Ginger, the group’s fifth studio album that also came out this month.

The four-member band that brought us “Like a Kennedy,” a controversial and thought-provoking track that references gun violence and other political topics, is back with their latest release. “Obsession,” which was announced on the back of select Marvel Comics, explores focusing on something positive to keep your mind from dwelling on the negative wonders of the world. A trippy bass line, funk-infused guitars and techno vibrations create a sound that will transport you to a late-night warehouse party. The combination of deep lyrics and superb production make for a very strong track.

The Fifth Harmony alum is proving her all-star level with the release of “Motivation,” a song about the carefree honeymoon stage of a budding relationship. Co-written by Ariana Grande, a familiar headstrong, female embodiment can be detected in the lyrics. While the single is for sure a banger, the music video is what led fans to exert their praise all over the internet. A talented Normani is seen bodying vigorous choreography and dominating upbeat hip-hop moves. Toward the end of the video, a complex series of flips reminds us that before becoming a pop star, she mastered the art of gymnastics.

“Heartless” is the second release to come from Diplo’s Thomas Wesley project. Diplo, born Thomas Wesley Pentz, experiments with country music in this side project and does so expertly. The song is a perfect blend of country and EDM with a trap drum beat heard throughout the chorus. Morgan Wallen’s folk vocals tell the story of a girl who sends him mixed signals, ruthlessly, making this the perfect country spin-off of Kanye West’s “Heartless.”

The long-awaited collaboration between Megan Thee Stallion and Nicki Minaj is finally here. With some help from Ty Dolla $ign, the three put together a track that describes the season we had already learned to love: “hot girl summer.” With a sample from City Girls’ “Act Up” and a heavily male-dominated chorus, the song surprises fans with so many features that do not relate to the hot girl summer paraded all over the internet. Although it’s not nearly as thrilling as Megan’s previous releases, “Hot Girl Summer” will maintain momentum and get played in clubs because it glorifies the carefree lifestyle women have progressively been embodying this season.

On “Bad Bad Bad,” Young Thug and Lil Baby come together to boast about their luxurious purchases and undeniable clout. This is the third song the duo has teamed up on, following “Chanel (Go Get It)” and “Right Now.” The song is the seventh track on So Much Fun, Thugger’s latest project. A work of instrumental genius and profound wordplay, “Bad Bad Bad” is as catchy as it is satisfying.

7. ‘Slide Away’ by Miley Cyrus

Released after the split between Miley Cyrus and Liam Hemsworth, “Slide Away” seems like the closing chapter of the once married couple’s relationship. The song talks about an ending love and the need to start anew. In one verse, Cyrus sings, “Move on, we’re not 17. I’m not who I used to be,” signifying her change in personality and lifestyle since her role in The Last Song. Given that the track was released shortly after the couple announced their split, it gives fans the idea that Cyrus had removed herself from the relationship a while back. Although the couple has been known to be on and off before, “Slide Away” suggests a permanent end.

Produced by Tekno, a Nigerian Afrobeats artist, “Won’t Be Late” is the perfect Afropop tune to wind down the summer. The harmonious bop serves as the second collaboration between Drake and Swae Lee. The two artists come together to discuss a relationship that they’re taking slow. Richly textured with an Afro-fusion beat, the light keyboard chords and rhythmic claps create a sound that will transport you to a dancehall party after dark.

On “Lover,” from her seventh studio album of the same name, Taylor Swift proves she still knows how to write an impeccable love song—all on her own. The mellow tune is styled as a love letter with a bridge that displays strong wedding vow vibes. A treasure of sweet acoustic chords paired with delicate vocals reminds fans of Swift’s earlier releases.

Originally announced as a collaboration with Lil Uzi Vert, “Pink Toes” brings together Offset, DaBaby and Gunna for the first time. The track is the ninth song on the 36-track collective album Quality Control: Control the Streets Volume 2. Produced by Metro Boomin and Southside, the track is a conversation between the rappers about their expensive possessions.

An artist on the rise, Lillie Mae released her second album, Other Girls, this month with 11 stunningly crafted tracks. “A Golden Year” combines bluegrass, country and rock elements into one wholly unique track. With an instantly recognizable singing voice and drawn-out verses, Lillie Mae reflects on all that has happened leading up to her golden year. A family of string instruments performs melodies that seep into your brain.

12. ‘Cross You Out’ by Charli XCX featuring Sky Ferreira

This synth-infused breakup song is the third pre-release from Charli XCX’s third studio album, Charli. “Cross You Out” features pop singer Sky Ferreira, the perfect choice for harmonizing with Charli XCX’s electric vocals. The track effortlessly exudes “crying in the club” vibes after an emotional night out. Prior to the release, Charli took to Instagram to explain the song’s meaning: “This song means a lot to me; for me it’s about leaving some pretty traumatic people from my past behind me.”

Lana Del Rey is back, just in time for sad girl summer. “Fuck It I Love You” is the fifth single on her sixth studio album, Norman Fucking Rockwell. The track samples drums from her 2012 song “Lucky Ones” and adequately follows the gloomy-heartbroken theme of her previous work. Toward the close, a spacey electronic synth overshadows her deprecating lyrics, a digital sound new to the indie pop singer's music. Leave it to Lana to master the art of melancholy tunes for the most joyous season, and shamelessly, we dig it every time.