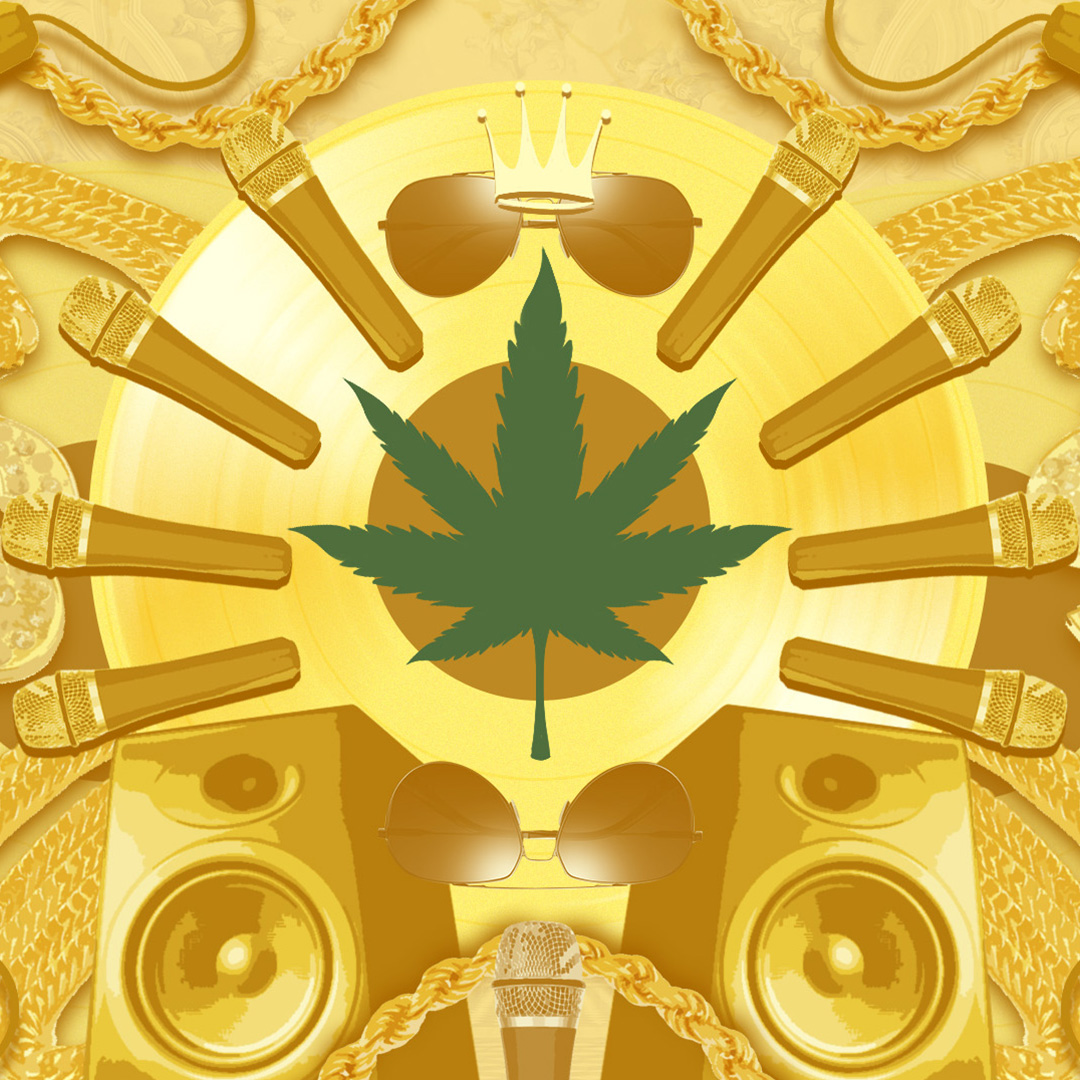 One time in 2010, when he was discussing his cannabis consumption, Lil Wayne described himself as a “very successful addict.” His evidence was the four awards he won at the 51st Grammy Awards, the one million records he sold of Tha Carter III in a week, his musical ubiquity and rapping prowess. As salacious as the term “successful addict” is, it’s probably the most accurate description of the people who help make the most popular music.

The only bond tighter than cannabis and hip-hop is probably air and lungs. Rappers are cannabis’ biggest marketers, and some of the most popular rappers ever are inextricable of the plant. But music is a collaborative endeavor, often with three times as many people involved in the making of a three-minute song than the one voice you hear on it. ONE37pm spoke about the effects cannabis has on the creative process of some of the most popular music of the last few years with three engineers and producers behind the making of Grammy-nominated music from Migos’s record label Quality Control, YBN Cordae and J. Cole.

Over his career, Grammy-nominated engineer J. Rich has been behind the boards making sure Quality Control’s sound lives up to its auspicious name. He’s helped Lil Yachty steer his Lil Boat, recorded Offset shortly after the Migos rapper’s car crash in 2018 and may be behind the next City Girls hit.

“My favorite weed to smoke while engineering is a strain called Sharklato. It’s the best weed out right now,” he said. “Lil Yachty supports Sharklato a lot. We’re going to be dropping a song soon with him and [Yung] Marley called ‘Sharks.’”

J. Rich was introduced to the new strain by Yung Marley, and it’s been making the rounds in select hip-hop circles. Moneybagg Yo, Jadakiss, Lil Baby and Lil Yachty have all been pictured with the strain. For the engineer, cannabis’ sedative qualities help him focus in the often hectic environment of a studio session.

“It helps your intuition,” he said. “Weed helps your creative intuition because you’re constantly under pressure to finish this, hurry up and record, finish this. Artists move so fast they be like, ‘Alright, next song.’ I’ll be like, ‘God damn, I didn’t even get enough time to make you sound good. You’re going to want this [session] bounced, get home, hear it and then blame me that it doesn’t sound good.”

That same intuition was instrumental in building the foundation that one of hip-hop’s biggest new stars stands on. Before Lil Baby was released from prison on July 1, 2016, he had never recorded a song. J. Rich not only engineered the first song he ever recorded, he meticulously sifted through disparate freestyles from the inexperienced spitter and stitched together the framework of the MC that had two projects certified platinum and gold, and amassed more than one billion streams on Apple Music, only a few years after not knowing how to make music.

“Weed had a lot to do when I was working on Lil Baby’s first song [‘Options’] and his first project [Perfect Timing]. I had to be very creative when I did that because I had to put each word together. He was freestyling and I was putting the song together word by word.”

Cannabis didn’t just put J. Rich in creative spaces, it also physically put him in the spaces necessary to bring these songs to life. “A way I actually started [in the industry] is off of selling weed. It would put me in different rooms, and I knew if I always had good weed artists would fuck with me,” Rich said. “So, I always made sure I had good weed when I was around people, especially big celebrities. If I rolled up some good ass gas, people would fuck with me.”

If you take a good look at the City Girls’ recent promotional video for their upcoming single, you’ll see J. Rich hovering around in the studio with the lively duo. So, when that song soundtracks your next night out, you already know what strain you can thank. “Now that I’m working on the City Girls project, they can’t smoke, but when I’m at the studio people ask, ‘Yo, you got the Shark?’” Rich said.

The albums nominated for Best Rap Album at this year’s Grammy Awards are the latest releases from sounds those respective artists had established through years of prior projects. That’s true for every nominee, except YBN Cordae’s The Lost Boy. The 22-year old’s debut album is the first solo project he’s given the world as YBN Cordae and recorded it side by side with then-20-year-old engineer Brendan “Bren” Ferry and a few helpful strains.

“My favorite strain is Cherry Pie OG. When you smoke, it sort of elevates your ears. I’m not saying I can’t engineer without smoking, but when you smoke and mix or record, it enhances everything,” Bren said. “You get more ideas and get more creative. It literally opens up the next level of your ears.”

Cherry Pie OG is a hybrid cross between Granddaddy Purple and Durban Poison with a high that surreptitiously creeps up your body without placing it in a debilitated state. “I obviously wouldn’t roll up while he’s recording,” Bren said. “When he’s done recording, I’ll roll up, smoke, start mixing and get in my bag. The outcome usually sounds crazy and I do that shit high as fuck.”

In 2020, anything J. Cole touches turns platinum. “Crooked Smile” was only the second piece of music, album or otherwise, from Cole to be certified by the Recording Industry Association of America. The twinkling keys were courtesy of Ron Gilmore Jr. and one of the most popular strains of weed ever.

“On ‘Crooked Smile,’ I was smoking Sour Diesel and at Elite’s place (in Brooklyn). J. Cole and Elite left the studio and I did music for ‘Crooked Smile.’ It turned out to be some beautiful-ass music. It started on my keyboard with some strings before they did it for real,” Gilmore told ONE37pm.

Gilmore is a virtuoso who has played music on nearly every album from J. Cole’s Dreamville Records over the last decade. Cole’s 2013 album Born Sinner is his favorite from Cole’s catalog, an album that unquestionably vaunted J. Cole’s stardom after the 16-track opus was released the same day as Kanye West’s Yeezus, eventually outselling Kanye. “[Skywalker OG] is the most memorable strain because I’ve been smoking it the longest,” Gilmore said. “I never go to a session without having it. My man Drew and I also used to cop this strain called Lemon [Sativa], which is more on the Sativa side of it. That was all back during Born Sinner time.”

Skywalker OG is a cross between the OG Kush and Skywalker strains with a high indica potency that makes the sedative effects fast-acting after a few tokes. Lemon Sativa and its pungent lemon aroma offer a body high that relaxes without slowing down the mind.

“What it did for me was it made me numb emotionally, and because of that, I had more clarity in the things I was doing. I was able to stretch myself to do different roles and take on different things. It allowed me to be creative in a way that was uninhibited by stress and emotion,” Gilmore said.

The benefits of cannabis to the pristine quality of Cole’s music is now incontrovertible. Even with cannabis contributing to some of his biggest success, Cole doesn’t want it in his studio sessions. “Cole doesn’t like that shit in the studio,” Gilmore said. “That’s my boy, too. He doesn’t want to smell like it. At one point, he was totally fine with you smoking in the studio.”