Bops That Just Dropped: ONE37pm’s New Music Round Up 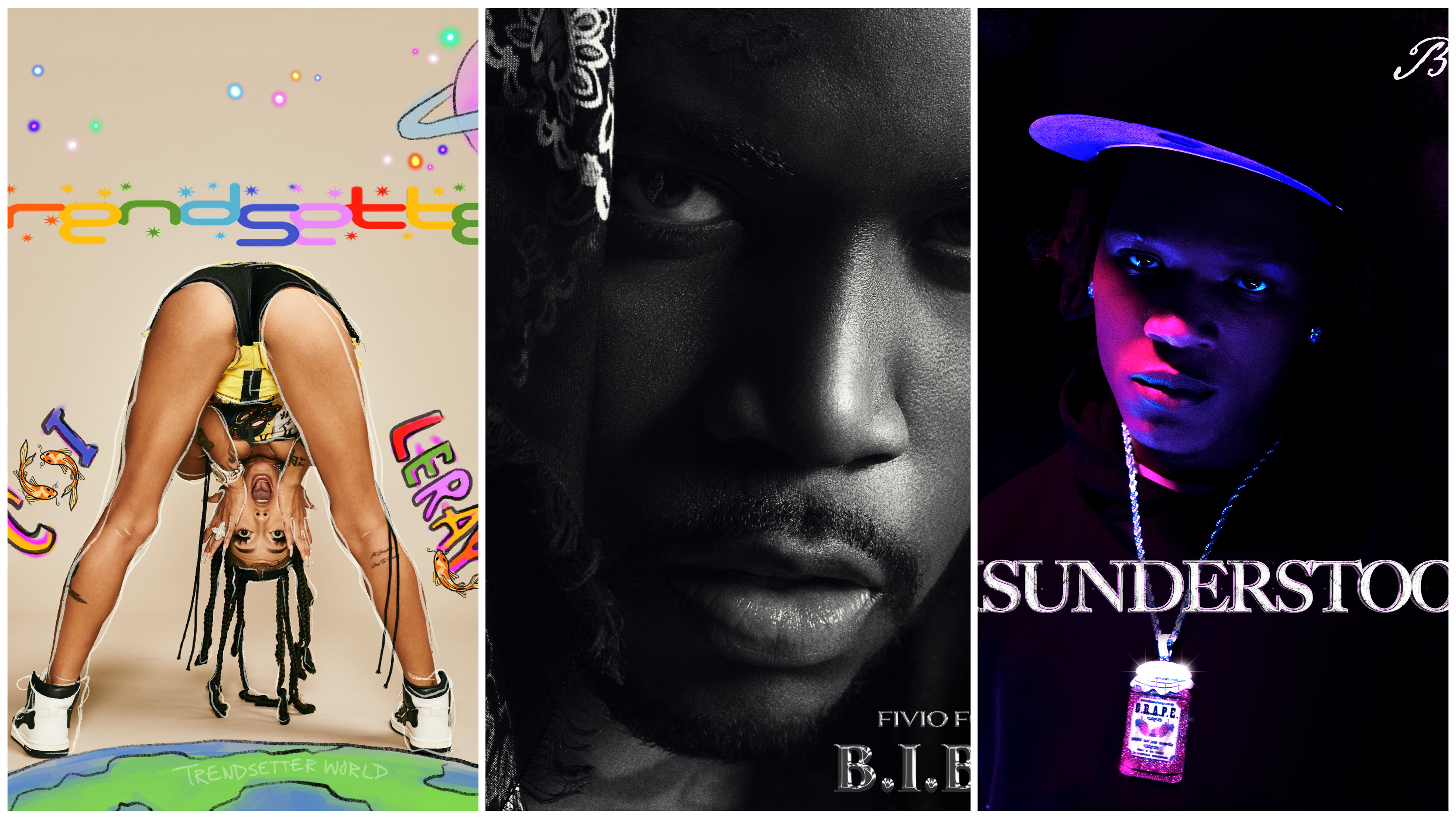 Every week a bunch of new projects, songs and snippets hit the airwaves and streaming platforms and it can be a tall task sorting through all of the noise. Luckily, ONE37pm is here to help keep you in tune with what should be on your radar. This week sees the release of some of the most anticipated debut projects in recent memory. New singles from heavy hitters have also arrived.

Coi Leray is ready to lead the way with her debut album, TRENDSETTER. The artist on the rise has been carving out her own lane with hit songs on both Tiktok and the Billboard charts and big energy. She received her first gold plaque for the Pooh Shiesty-assisted “Big PURR(Prrdd)” and followed up on the success of the hit with “No More Parties.” The platinum, Lil Durk-featured banger peaked at 26 on the Billboard Hot 100. Records like “TWINNEM” and her Top 40 collaboration with Nicki Minaj, “Blick Blick” have also gone off. The young artist with almost 2 billion global streams has so far been nominated for an American Music Award and a couple of BET and iHeartRadio Music Awards.

Aye! Aye! Aye! The Brooklyn naive first appeared on most news feeds and in algorithms with his viral hit “Big Drip.” Since then, he’s become one of the faces of New York Drill off of the strength of standout performances on tracks with some of hip-hop’s finest. He put his best flows forward on Drake’s 2020 mixtape cut, “Demos” and upped it from there with a scene-stealing verse on “Off The Grid,” from Ye’s Grammy Award-winning Donda. Now he’s ready to take center stage with B.I.B.L.E. The 17-track album features the singles “City of Gods” and “Magic City”, as well as contributions from Quavo, DJ Khaled, A$AP Rocky and of course Ye, who serves as the project’s executive producer.

While Pop Smoke and Fivio Foriegn have taken Brooklyn Drill worldwide, several Bronx bombers have been putting their own spin on the aggressive style of rap. One of the artists to emerge as a leader in the Bronx Drill sub-genre has been B-Lovee. The 22-year-old rapper reps A Boogie Wit Da Hoodie’s Highbridge the Label imprint and has amassed fans and followers with hard-hitting bangers, collaborations with the likes of Kay Flock and catchy tunes. His breakout single, “IYKYK” currently has over 14 million Youtube views and is featured on his first official EP, Misunderstood.

Fivio, Coi and B-lovee weren’t the only hitmakers to drop heat this week. Lil Baby, Action Bronson, Jack Harlow, 42 Dugg & EST Gee, Yung Lean, Soulja Boy, Vince Staples and others also premiered new bops over the course of the last seven days. Tap in with our new weekly playlist below and don’t forget to come back next Friday and every Friday after that for a round up of the best of what’s new in music.