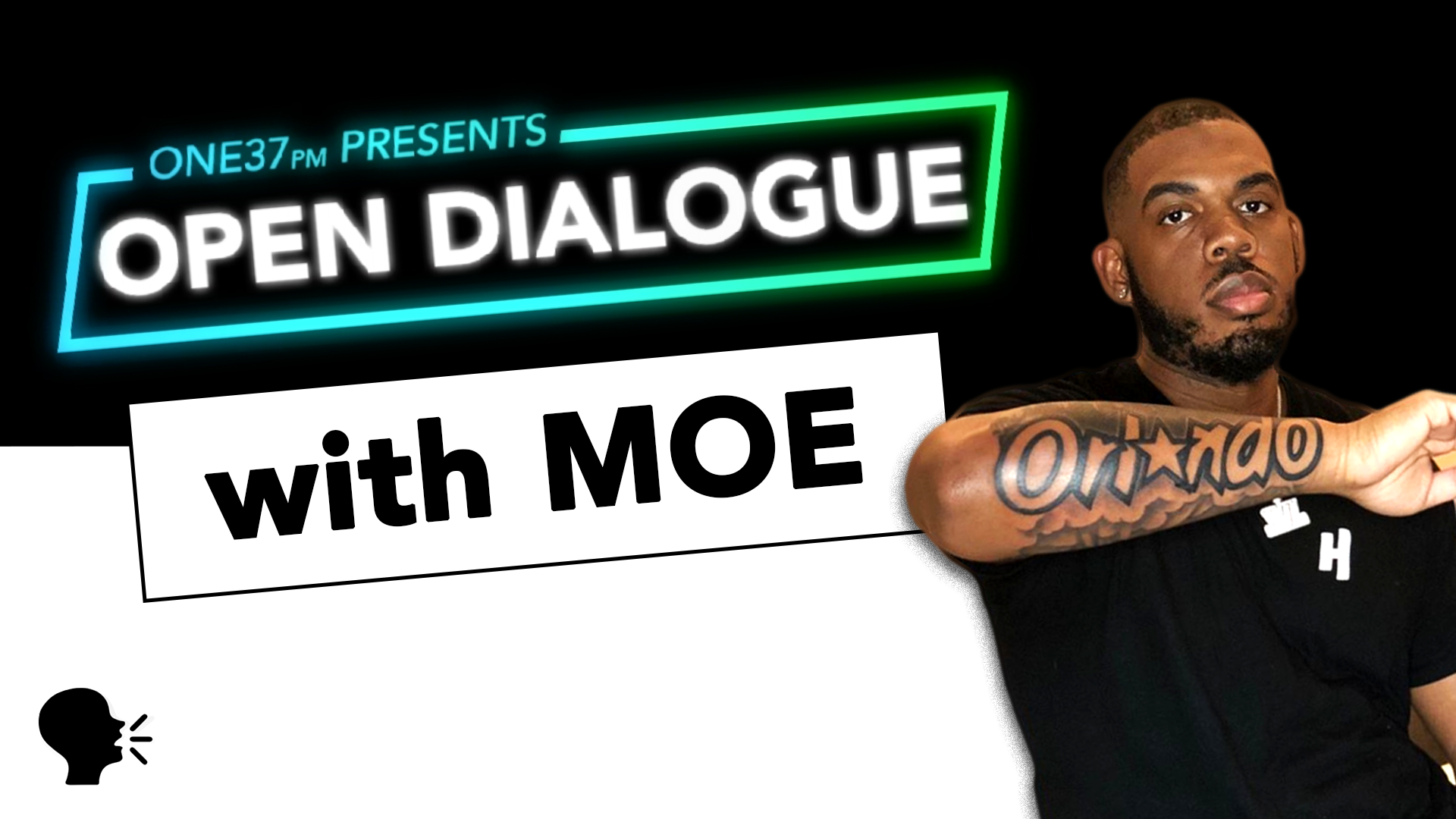 Recently, ONE37pm launched a new series where open conversations are being had with some amazing talents who have been killing it in their desired industry. From sports to music, the hustlers and grinders in everyone would always like to have the opportunity to pick the brains of the greats who are on top of their game so they can elevate their grind to get to the rightful position they deserve to be at. Introducing Open Dialogue—the series where real talk infuses real motivation to see real results for the hustler in you.

Our first episode of this new series is with rapper Moe. The Epic Records signee is having a monster year thanks to his hit song “Outta There.” Racking up to 10 million streams on Spotify and counting, the Orlando bred emcee was able to have his song get featured on the NBA 2k20 soundtrack as well as having his own Tik Tok Challenge gone viral. A combination of everyone like LeBron “Bronny” James Jr, Bryce James, Kiyan Anthony (Lala & Carmelo Anthony’s son), and Tik Tok king Jason Derulo have partaken on the #OuttaThereChallenge.

Our very own Omari White was able to have a dope conversation with Moe on his steady incline to stardom as well as sharing with him what it took to reach the position he is at right now.

Omari: What was the inspiration you took or what was that kind of motivation needed to be like, “alright, cool, let me just settle in and really focused on making sure that my name gets out to the people.”

Omari: Now what was the hustle like in creating a lane for your music to be heard not only in Orlando but around the world?

Moe: It was, it was tough, bro. It was different because with me, I put out a mixtape in 2018 and I put out the “Rich Dreamin” mixed tape back at the end of last year. You know, “Outta There’ obviously being the standout, it was tough trying to figure it out because everything is digital now. But I think what made it go for me was I took that old school way and the new school way. So I would go to the club and you got anybody in Orlando, any DJ, any host and these n****s know me, bro. I went to the club with my USB and go to the booth and I wouldn't leave until they spun it over and over. And like, I'd be in a bed at one in the morning, at 2:30. I’ll jump up, throw some sweats on the tee-shirt, and would do that every night.