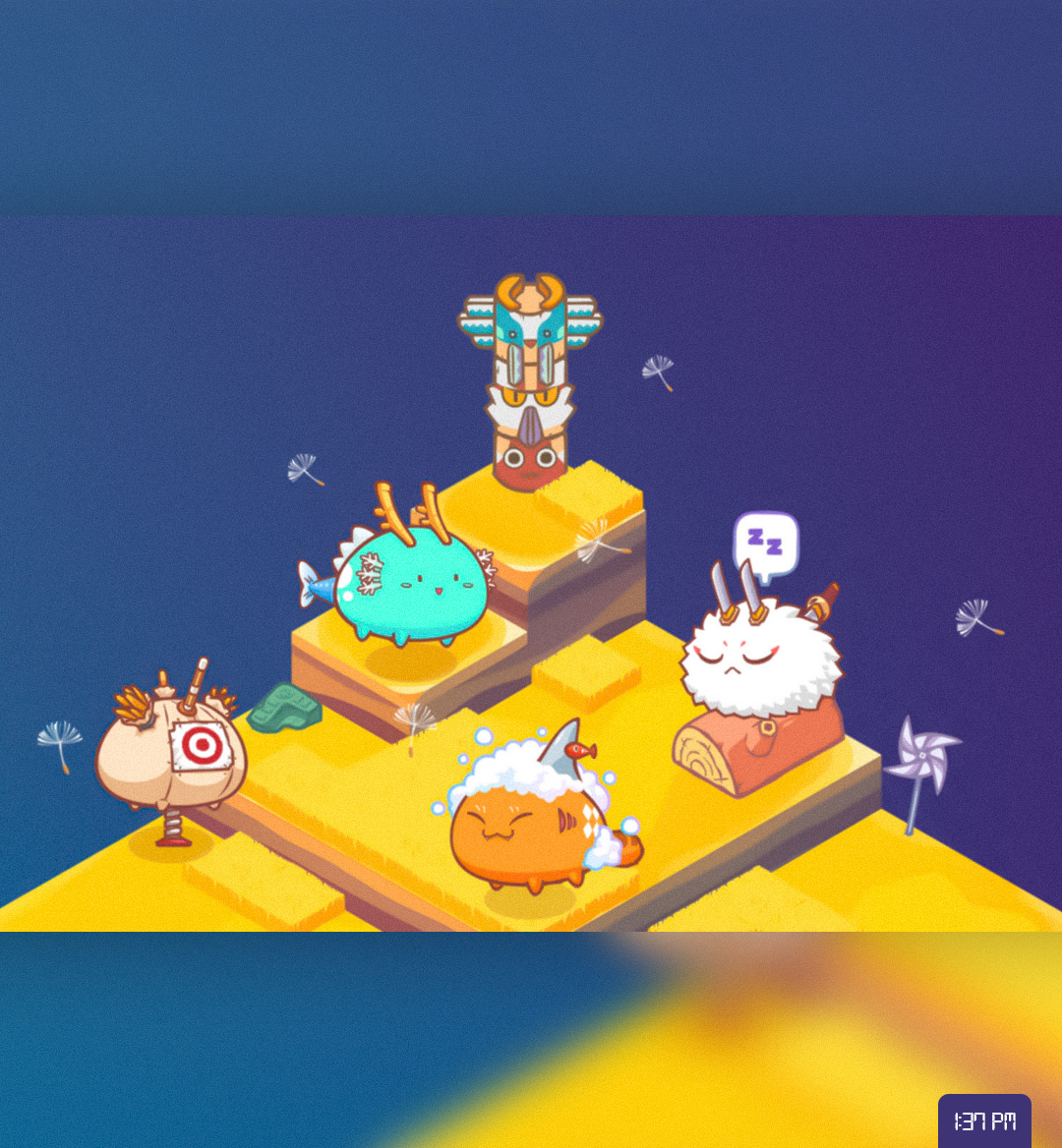 With millions of players and numerous milestones in the rearview mirror, this has been the year of the Axie. Players have enthusiastically competed, staked and experimented within the Axie Infinity ecosystem. Soon one of the coolest milestones will appear: the 10 millionth Axie will be bred.

As of this writing, over $172 million worth of Axies and land have been traded in the past week, with over 606,500 Axies trading in the past seven days and less than 300 lands changing hands. One cool stat I saw is that over the last 30 days, over 2.5 million Axies have been traded. Since the DEX has been integrated, we are noticing some micro trends of volume increasing. It's unclear right now if this is due to new players joining or older players feeling more confident about trading.

The range this week is between $103 and $123. ETH is at a similar range as last week. On that note, the floor feels more active. Several floor Axies sold as I was looking at them. I am curious to study this after the holiday season as people tell their family and close friends more over turkey dinners.

After enjoying a nice spike three weeks ago to 10 cents, SLP has started a slow decline trending toward 5 cents. The DEX has not removed the strong selling pressure that was prevalent before hand.

However, I recently saw an interesting mechanic for SLP burn proposed by a Twitter user Khaled Alroumi. Alroumi's idea is you can burn axies, AXS and SLP and re-roll body parts. This could drastically affect the meta and overall volume in the economy.

Stabilize the prices of SLP & Axies?

1-Create demand for SLP from existing users, not only new users.
2-Add a way to funnel out Axies out of the Supply.

As I am writing this, AXS has been enjoying the metaverse token boom celebrated by other coins like ENJ and SAND which both hit all time highs this week. The price at the time of writing is $141.

While AXS has been enjoying a nice rally, it may need more buying pressure to get back near the ATH it hit earlier this year.

Out of roughly 65.8 million AXS circulating, we have over 20.6 million AXS staked. The dashboard has an estimated APR of 114%. While the amount circulating has increased, we have seen no major difference to the APR or the amount staked.