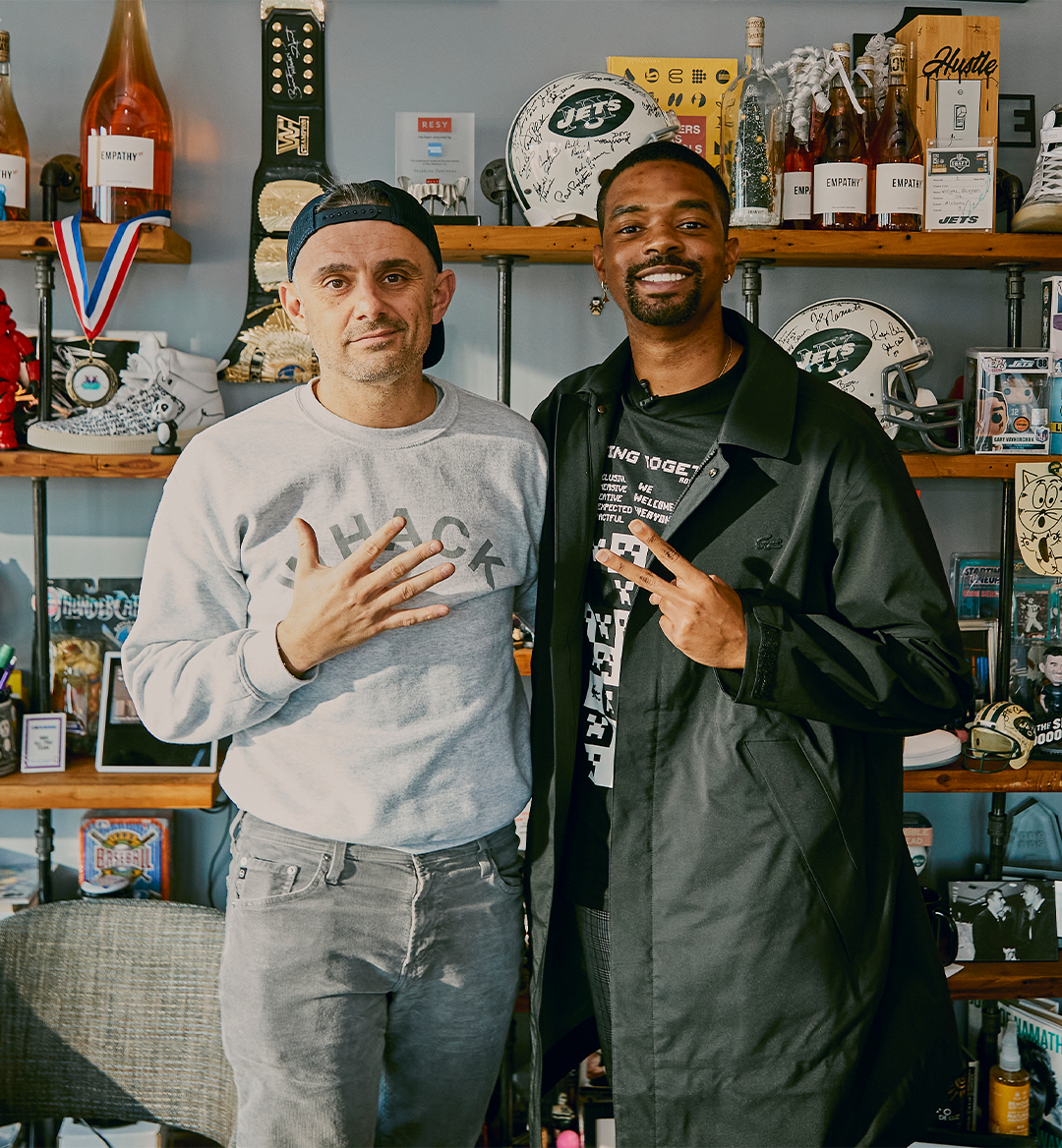 Gary Vaynerchuk has a knack for zeroing in on growing trends that eventually acquire mainstream prominence, up-and-coming companies that grow into cultural mainstays, and major business moves that impact the landscape of everything as a whole. With the rise of NFTs and blockchain gaming taking center stage, it's no surprise that VaynerSports has decided to sign one of the most recognizable and successful personalities within the Web3 space, Brycent.

For its latest signee, VaynerSports exhibited great patience before it pulled the trigger on its newest gaming client. Darren Glover, who's the Head of Gaming at the talent agency, recognized Brycent as the latest "wavemaker," whose live streaming and community growth efforts within the NFT-based game Axie Infinity have propelled him into becoming a can't miss prospect that Vaynersports had to sign. After connecting with Brycent, Glover quickly realized his potential for making even greater strides in the future.

"Axie Infinity was the first game to disrupt, and Brycent was early as a creator," Glover noted. "I reached out to connect because I wanted to better understand the Axie ecosystem and how to play. From early on I could tell he had the 'it' factor - as a creator and as an entrepreneur looking to be a wavemaker. Just like any other industry or vertical of culture when there's something new and innovative, there's always a face that leads the charge: it's what Ninja did for gaming, it's what Kanye's done for music/fashion, it's what Beeple has done for art NFT's, etc. NFT gaming needs a face and personality to lead the charge and onboarding, and we're in full belief that Brycent can be the one."

The topic of Web3 has been the hottest of topics in recent memory. Gary has clearly recognized its game-changing potential as he's created his very own NFT project called VeeFriends, spoken at the NFT.NYC conference, and purchased his very own CryptoPunks. The current rise in NFTs and blockchain gaming has also captured Gary's attention, which led him to also take note of Brycent's major moves within the space and bring him on board as VaynerSports' newest gaming representative.

Glover also sees a lot of potential in how NFT gaming will be the next major innovation in the gaming industry. "The current state of gaming is stale," Glover noted. "However, the behavior of gamers, the current game economies and culture, and communities built around the creators and games are basically as close to "Web3" as you can get without being 'Web3.' It's inevitable that more gamers (and people in general) will be on-boarded into web3 - I personally believe gaming is one of the most powerful vehicles for that adoption - and once games built on the blockchain feel like a AAA game studio game, gamers will accept NFT's because they'll experience the value that web3 technologies can provide." 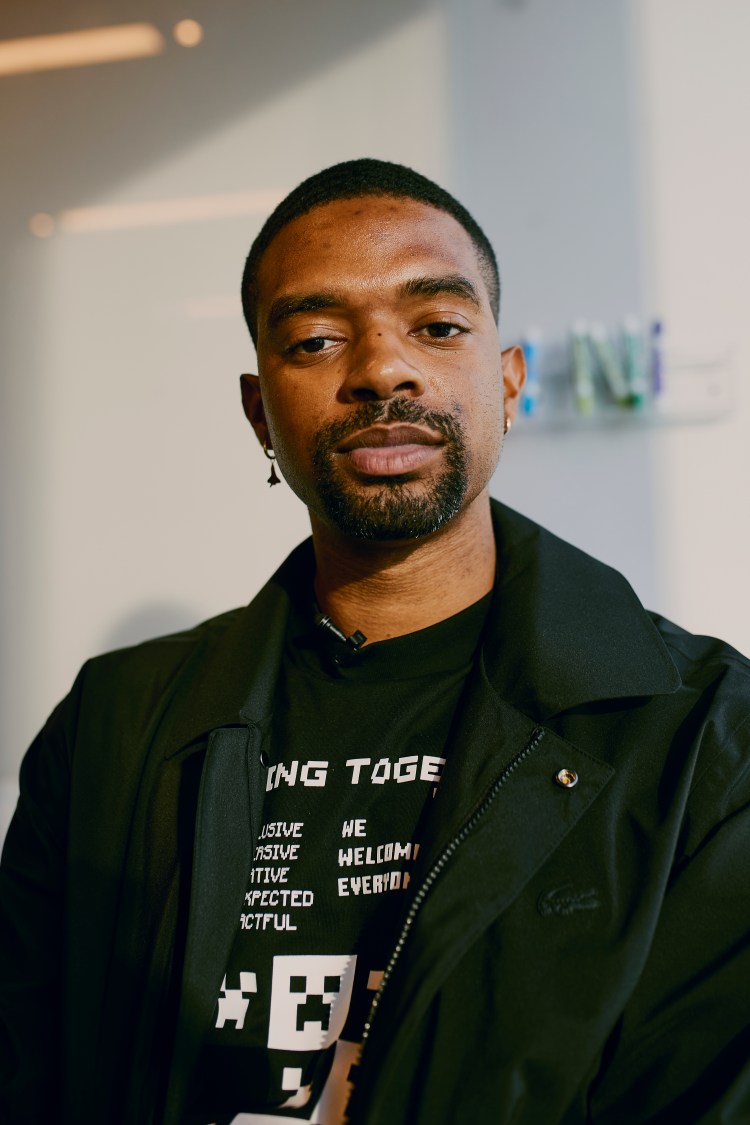 Brycent's name has been bubbling for a good while now. His public image is most associated with his Twitch streams of one of the most popular NFT games, Axie Infinity. And with an accumulation of 51K+ followers thus far, it's clear that his growing fanbase is intrigued by his mix of gameplay, rap freestyles, and comedic mishaps.

On his YouTube channel, the thriving content creator regularly posts videos about Axie Infinity and new NFT games, plus he also makes sure to produce educational videos meant to bring casual onlookers into the blockchain gaming scene. And last but certainly not least, Brycent's association with the Loot Squad points to his willingness to assist those looking to start their tenure in Axie Infinity and work alongside "a community of blockchain gamers that is looking to leverage NFTs, Crypto, and the Play2Earn space to enrich the gaming experience."

As mentioned beforehand, Brycent knows how to put together an impressive set of rap bars or two. He's also quite adept at first-person shooters such as Valorant, plus he has a taste for high fashion as evidenced by his stylish Instagram pics and a recent association with a streetwear collaboration between Lacoste & Minecraft (which you can check out on his YouTube channel).

When asked about his appreciation for hip-hop and fashion, Brycent had this to say: "Before I even entered the Web3 gaming space, I was always into fashion, streetwear culture, and rap. I realized very early on that those crossovers aren't really prevalent in Web3. People slap a screen-printed logo on a t-shirt and automatically think that's culture. My thoughts are the rap/hip-hop culture and fashion combined with that is exuded through who you are. It's not something you have to force yourself to do - it's more so a byproduct of how you live your life and you interact with those portions of industries. So for me, it was natural."

Brycent also noted that before he started making waves playing Axie Infinity, he constantly played first-person shooters. But his skyrocket to relevance is due mostly in part to the game he currently streams the most - with that being said, Brycent is excited about the prospect of young gamers seeing success stories like himself so they can become more knowledgable within the NFT gaming space.

"A lot of the time, I'm in these spaces and don't see a lot of people that look like me that are gaming and doing the things that I do," Brycent went on to say. "So from my perspective going into the next stage of my career, it's like how do I change NFT gaming as a whole and make it to where kids that look like me can jump into the space and feel comfortable dealing with topics like decentralized finance, staking, and buying NFT assets?" It's become evident that Brycent wants to not only spread his extensive Web3 knowledge to those within the space, but he also wants to make sure the curious ones outside of it and people of color get in tune. 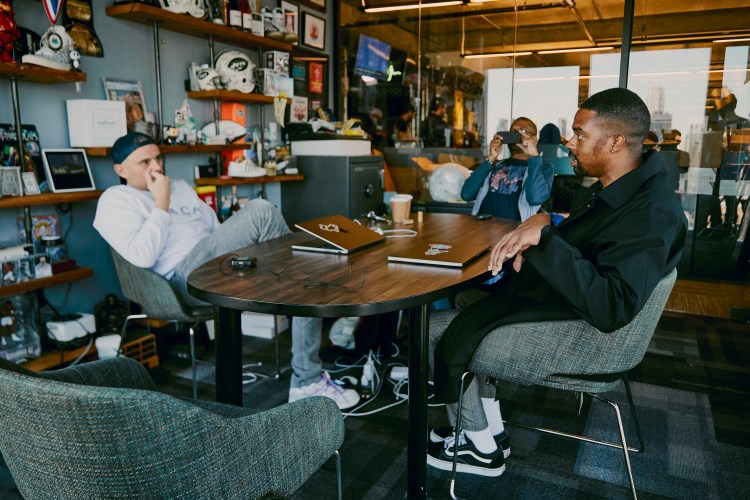 To commemorate VaynerSports' latest gaming acquisition, Gary popped up at this Hudson Yards office and sat down with Brycent for a half-hour conversation. All the while, Brycent picked Gary's brain about a multitude of things while Gary acknowledged Brycent's many accolades & all the hard work that got him to where he is now. Watching both men delve into other topics such as Gary's penchant for exploring other business opportunities & hobbies that pique his curiosity, the younger generation's quick acclimation to Web3 & beyond, the evolution of gaming into a career option, etc.

To hear about Brycent's younger days as a Madden NFL player that got taken to tournaments by his mother when he brought home good grades provides a fascinating look at what led him to tackle other avenues of the gaming space, which Gary noted he's fascinated by. And to hear Gary state that he never judges himself, others or his current standing against those of everyone else's is super inspiring for someone of Brycent's stature. To quote Gary, he lives by this motto: "My lack of interest in impressing everyone else is why I'm impressing everyone."

At the end of Gary and Brycent's enlightening talk, it became clear that both men adhere to the same rules of life and strive to keep making waves in each & everything they do. Now that Brycent is affiliated with VaynerSports, the sky is truly the limit. And what's guaranteed is that you'll be seeing and hearing a lot more of Brycent real soon.