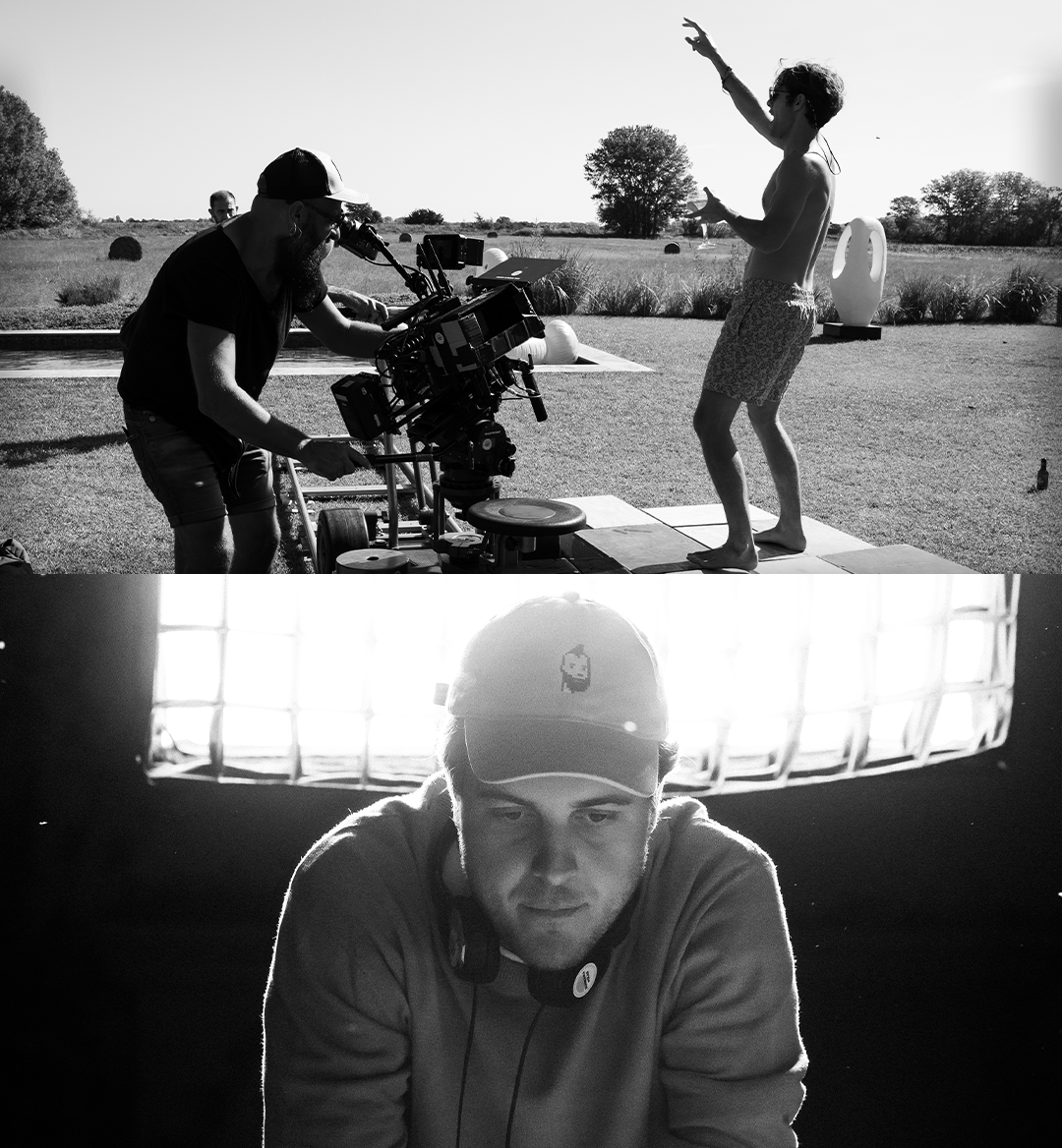 Wanna join us pave the future of cinema via Web3? pic.twitter.com/RThF59HFJ9

Indie filmmaker and director Miguel Faus's film, "Calladita" is the first European film ever funded by NFTs. The film was selected at many festivals around the world and was recently acquired by HBO in the United States.

Calladita tells the story of Ana, a Colombian woman who recently arrived in Spain and works as a live-in maid in a luxurious mansion in the Costa Brava, where a rich family spend their summer. Ana works all day long without any contract or residency papers, under the false promise that her work conditions will improve once the summer is over, if she is discreet and well-behaved. When she meets Gisela, the maid of the neighbouring house, she discovers her own ways of enjoying the summer, but then the family decides to let her go. Before leaving, however, Ana will use her wits to find her revenge behind 12 words that open a crypto wallet.

We got to chat with Faus, the brains behind this project, about Calladita and what it's been like to build it.

ONE37pm: What has the process been like for you to go through fundraising, mint, promotion, and be so hands on with the film?

Miguel Faus: The process has felt like making two films. Because the whole process of putting together the NFT fundraiser, from inception to drop and beyond, was a huge amount of work, and I handled most of it myself. I was inventing new ground and learning as I went, because most of what we’ve done with “Calladita” had not been done before. But when the project started to gain traction and we started raising a significant amount through NFT sales, it all came together in a very rewarding way. Us film directors always have a big impostor syndrome, because you lead so many people to realise your own, and often very personal, creative vision. But in the case of “Calladita”, having over 400 backers who believed in this project and bought our NFTs in support of the film has helped me so much with that, because I felt a very special sense of validation, that this movie exists not only because I dreamt of it, but because 400 degens shared in my dream and made it possible.

ONE37pm: How does it feel to be the first European film funded by NFTs?

Miguel Faus: Calladita is the first movie in Europe to be entirely funded by an NFT collection, and of course that makes me proud. But my main feeling is that I want it to be the first of many: hopefully we can spark a revolution that helps many other filmmakers from around the world to get their passion projects funded thanks to NFTs, so that we can have a more diverse, passionate and creator-led cinema. I hope many filmmakers will discover web3 and will greenlight themselves through the power of jpegs.

ONE37pm: A lot of your holders are Punks, Apes, and Moonbirds. What can you say about each community and what they’ve contributed to the film?

Miguel Faus: Yes Calladita has been supported by many prominent collectors in the space, and especially a lot of Punks. My Punk is my digital identity, and I’m so happy that the project has spoken to my fellow Punks in such a big way. I think it’s because Punks appreciate innovation and projects that are genuine. At almost 200 Punks, I think “Calladita” is the single non-pfp project that has been minted by most Punk holders.

We have also been supported by other pfp communities like Apes or Moonbirds, for instance. They’re also amazing communities and all of them have a small place in the movie, because crypto culture and web3 culture will be very important in “Calladita”, so you’ll see a lot of NFTs in the movie.

And also Nouns will be in the movie, since the NounsDAO is our second largest backer at 6.9eth.

Did you know that we have reached 164 Punks minting CALLADITA!

ONE37pm: How did you feel when you discovered Calldita was acquired by HBO?

The original @calladitafilm short film is now on HBO Max.

So excited to be turning it into a movie now, one of the first to be financed with NFTs.

Miguel Faus: Calladita is based on a short film that I made in 2019, and that short did quite well in the festival circuit and ended up being licensed by HBO for streaming in the US. I was very happy that the short found a good streaming home for the US and that now so many americans can enjoy it, and hopefully the feature will also be seen by many people around the world.

ONE37pm: What were some difficulties you encountered during this process?

Miguel Faus: In regards to the NFT collection and funding, the main difficulties were related to how innovative the project was, which meant we couldn’t learn from other projects before us, copy their wins and avoid their misses, etc… Also the fact that the space, even though it’s small, is very saturated, so cutting through the noise and reaching people to tell them about the project was definitely a struggle. But I feel like most collectors, once they understood the project and saw a bit of the short film, became fans and wanted to support us.

In terms of the film itself, it has been such a smooth production that I can’t think of any difficulties, really. Our main fear was the weather, because “Calladita” is a very summer-y film so we needed clear skies and sunny days, which can be tricky sometimes in September in Spain, but we were incredibly lucky with the weather and the film looks beautiful.

ONE37pm: What is your favorite memory of Calladita?

Miguel Faus: My favourite memories have been working with the incredible cast that we got for the movie. Each and every one of them has been a blessing to work with, and they’re brought these characters to live with so much truth and talent. I guess my favourite moment was a very key scene of the movie that features Ana (the protagonist, played by Paula Grimaldo) and Andrea (the boss, the mother of the rich family, played by Ariadna Gil), and we did many takes to try it several different ways, and the actresses had such a connection and worked so well together that it was amazing to watch. Especially seeing how Ariadna Gil, who is a legend in Spanish cinema, was helping Paula in specific moments, with such generosity and wisdom in her advice.

ONE37pm: Miguel, what’s next for you?

Miguel Faus: First I’m focusing on finishing Calladita and making the best film possible during post-production, which will take us a few months. Then, my main goal will become making our dear holders proud and happy to have supported the project, which will mostly mean making sure that “Calladita” finds its right audience. What is clear is that I’m in web3 and film3 for the very long run, so I’m not going anywhere.

If distribution of Calladita goes well, and since 50% of all profits will go into the CalladitaDAO, hopefully in the future we can think of making a new film, and hopefully our community is happy and wants to vote to support that. I don’t have a very clear picture for my second film yet, but I would love it to be a Western.

Calladita is still minting. To learn more, check out the official website.

Listen to our Web37 Podcast With Miguel Faus here: