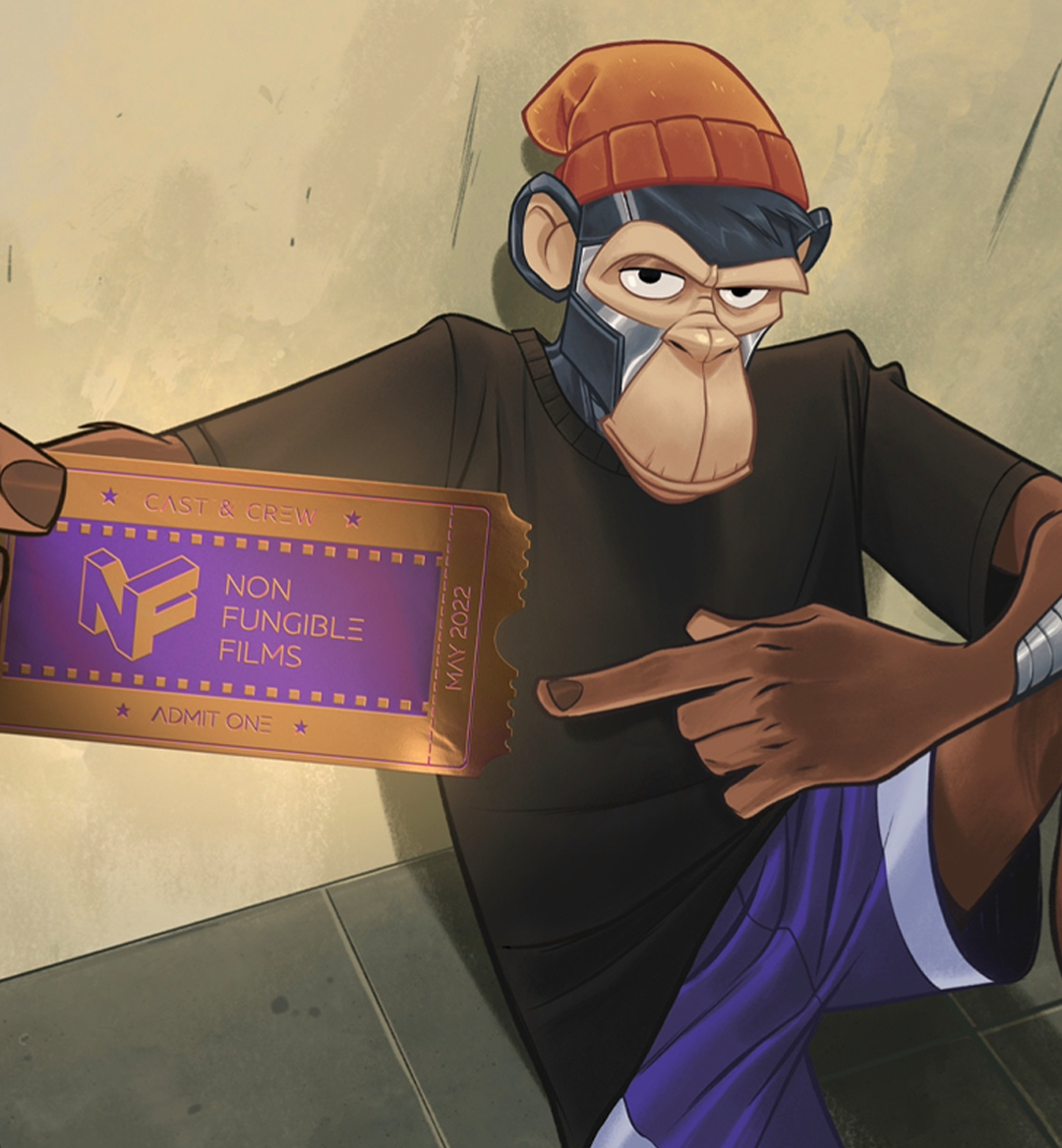 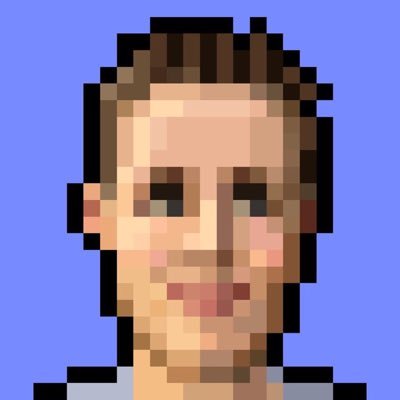 In conversation with ONE37pm, actor, writer, and founder of Non-Fungible Films, Cameron Moulène spoke in-depth about his career as a Hollywood actor, the difficult lessons he learnt from entrepreneurialism, NFT storytelling, and the fictional world of Oscar Haley and the Great Beyond.

Oscar Haley & The Great Beyond (@HaleyBrosNFT) will be the first global film/tv universe birthed in Web3. 🪐🔮

By most accounts, Moulène had a culturally diverse upbringing: born in France, he moved to Los Angeles as a child, and grew up in the bright lights of Hollywood with four siblings - three of whom were adopted from China and Taiwan.

As a young boy with a passion for storytelling, Moulène found creative solace in studying the careers of his favorite actors and directors, frequently spending his days exploring the pinnacles of their filmography for inspirational insights.

“I was a huge PTA [Paul Thomas Anderson], Stanley Kubrick, and Rob Reiner fan”, he said. “Robert Downey Jr. was like a second dad to me growing up. He was both a big influence, but also just my hero [...] That's who I wanted to be.”

Moulène is a self-proclaimed movie buff. As an early 90’s kid from Hollywood, he told of his adulation for epic film series such as Lord of the Rings, spectacle films with vibrant cinematography, as well as an interest in deeply investigating, or as he describes it, “getting granular on obscure Luis Buñuel surrealist movies”.

Moulène is a multi-faceted artist with accreditations across the creative disciplines of television, writing and producing, and perhaps most recognized for his portrayal of characters Will Armstrong on the MTV show Happyland, and later Josh Bennett in the teen drama series Foursome. 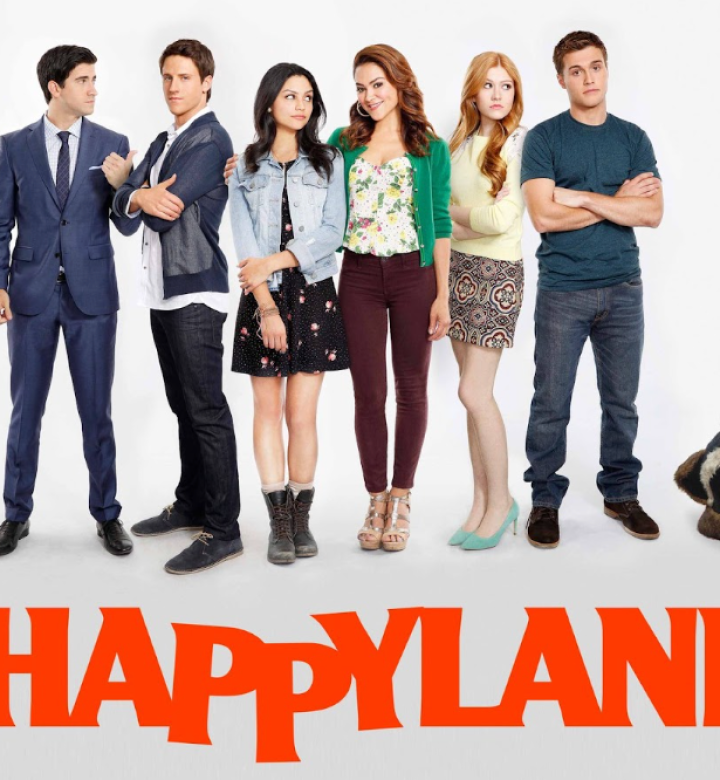 Although once upon a time in the early stages of his career, his primary focus lay with acting, nowadays, the 28-year-old perceives himself as studio head.

“I love telling stories”, he said. “And acting, for me as a performer and a super extroverted guy, was a great way to do that. When I stumbled across Web3 and everything that was going on here, I was just like - this is what I want to do. I had always romanticized the idea of running a studio, and it just naturally fell into place.” 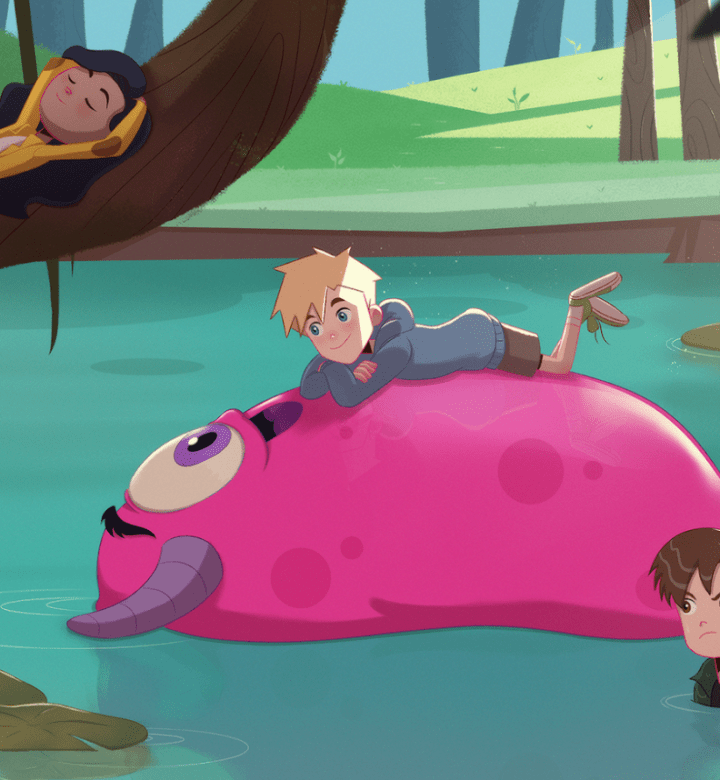 On the subject of entrepreneurialism, Moulène recalled the experience of founding a California-based cannabis subscription service called Buds Box. Despite lofty ambitions to capitalize on the thriving industry, unforeseen complexities within the business operation resulted in stagnant customer uptake, and consequently the demise of the business.

Moulène assessed that it was his biggest failure as an entrepreneur, but also an experience that he gained valuable insights from.

“At first I [felt] like this was an amazing learning experience. I knew that now I could build infrastructure for a company with a thoughtful strategy like, how do you start making money from the start, right?”

As the Covid-19 lockdown regulations subsided, and film production crews restarted their on-set operations, Moulène recognized the legislative necessity for compliance officers and testing teams to monitor the health status of the cast and crew.

Taking his previous lessons into account, he had the idea of launching a Covid production business providing compliance services and selling test-kits from manufacturers directly to the studios.

Moulène and his friends passed the required training courses — and such was the colossal demand during the time — the business managed to turn a healthy profit.

“It was my first successful business”, he said. “And I think most of the net profits I just put into Ethereum.”

We are building NFF for the storytellers, creators, and entertainment lovers. It’s time to build a new ecosystem where the creator holds the keys and has the ability to connect directly with the consumer. A symbiotic relationship between creator and consumer. Who’s in? 🎬

Before diving into the conversation of Oscar Haley and the Great Beyond, Moulène shared his visions for the overarching mission and objectives for Non-Fungible Films (NFF). The project's litepaper established an eagerness to explore the dichotomy between intellectual property in Web3 and innovative storytelling. Moulène expanded upon this concept in greater detail:

“I think that the power of a story is that it turns the mirror on the audience if it's done well. We see ourselves in the protagonists or antagonists, and understand their journey through our own experiences. So, it's personalized. And that's just fundamentally why story has been such an important crux of humanity since the dawn of man.”

What's so exciting about Web3 to me as a storyteller is that there are all of these incredible brands where it's a crossroads of finance and culture and community in a way that we have never seen before.

Non-Fungible Films occupies the demographical stance of being a ‘family-friendly brand’ with inherent focus across the mediums of gaming, films and TV.

NFF’s debut project, Oscar Haley and the Great Beyond, follows the story of two young boys, Oscar and Alex Haley whose parents, working as intergalactic archaeologists, disappear one night under mysterious circumstances.

Years later, the boy's grim fortunes living as orphans in the Womack Orphanage are eternally changed when they encounter a magical portal to the Great Beyond. The premise of the story teases an intrepid adventure of discovery, brotherly companionship, and an arduous quest to locate their missing parents. 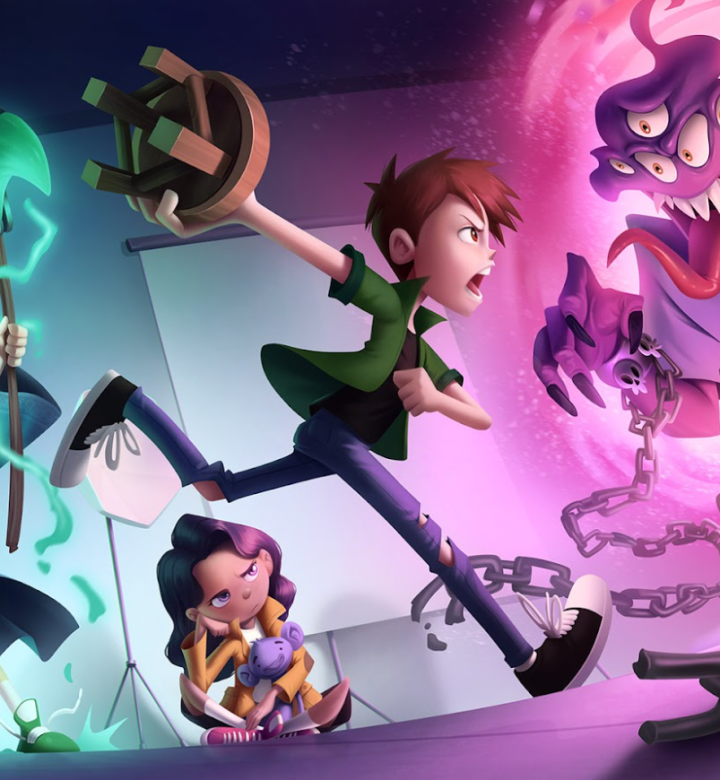 Within the world of Pixar movies, it is a well-known phenomenon that story writers subtly embed emotional plot points, nostalgic cultural references and adult-themed jokes into their films as a way of indirectly engaging the parents of watching children.

Good examples of this include the 2015 movie Inside Out where lead character 11-year-old Riley Andersen experiences bouts of depression and unhappiness, in Monsters University where Mike and Sulley explore an alternative route to the well-trodden college education, or more humorously the moment in Toy Story 2 when Buzz Lightyear first meets cowgirl Jessie and his jetpack wings pop-out.

In the NFT space, collections such as Bored Ape Yacht Club (BAYC) have drawn artistic inspiration from many facets of pop culture from punk rock attire, to Miami beach bars, and MMORPG games such as Nintendo’s The Legend of Zelda, among many others.

VeeFriends Series 2 Collect & Complete trading cards have simultaneously engaged parents and their children with the duality of animal emotions such as Patient Panda, Empathy Elephant and Whimsical Wolf in socially viral pack openings.

Moulène revealed whether positioning Oscar Haley as a children’s story was an intentional decision motivated by a desire to educate more parents on the benefits of Web3 & NFTs.

“Oscar Haley is a concept that I’ve had in my mind for years. And it just felt like a perfect opportunity to finally launch and create it [...] There's a lot of nostalgia woven into Oscar Haley and the Great Beyond. I wanted it to be something that I could enjoy watching.

I have a two-year-old [son] and there’s a lot of movies that I love watching with him, but also a lot of movies where I just want to shoot myself in the face! [laughs]” CoComelon, he said, was the best example of that apathy, before continuing:

“Moon Bug's a genius company. They'll grab your kids attention like nothing else, but it's not something parents can watch enjoyably. And so, [in Oscar Haley] there are a lot of throwbacks to The Goonies and Genesis, Pokémon and Jumanji that I think people my age and older will appreciate.

On whether Oscar Haley has any autobiographical origins, Moulène shared “I would say that it’s 80% from my imagination, but the characters are loosely based off of my brother and I. As I developed it in this last run, with Oscar there are certainly a lot of inspirations of my son. And it was nice to make something with both my brother and my son in mind creating it.

But, you know, we didn't grow up as orphans. We didn't meet an intergalactic alien and travel to a multiverse! So, it's a fictional project, but there are a lot of things that are personal.”

Moulène said that marketability is the primary attraction point for partnerships. “We just sit down with these brands and say, let's figure out what a strategic entry point is for you.”

What if Oscar Haley won an Oscar?

Posed the question that if Oscar Haley was awarded a prestigious honor such as Academy Award, would that constitute from the success for NFF, Moulène candidly stated that “personally I don’t care at all about whether it wins any kind of award, or whether any of our projects win awards, [but that] I care that mainstream audiences receive them well.”

It would be much cooler for me to be able to walk down a small town anywhere in the world that you wouldn't assume to be clued into the coolest pop culture, and like see kids with Oscar Haley lunchboxes, or see a kid reciting a scene from a show or episode that we made.

“I want kids to fall in love with it the way that I fell in love with 100 different shows when I was a kid. As I said, I have a two-year-old, so I'm making Oscar Haley for him. If I make something that he falls in love with, I've done a good job.”