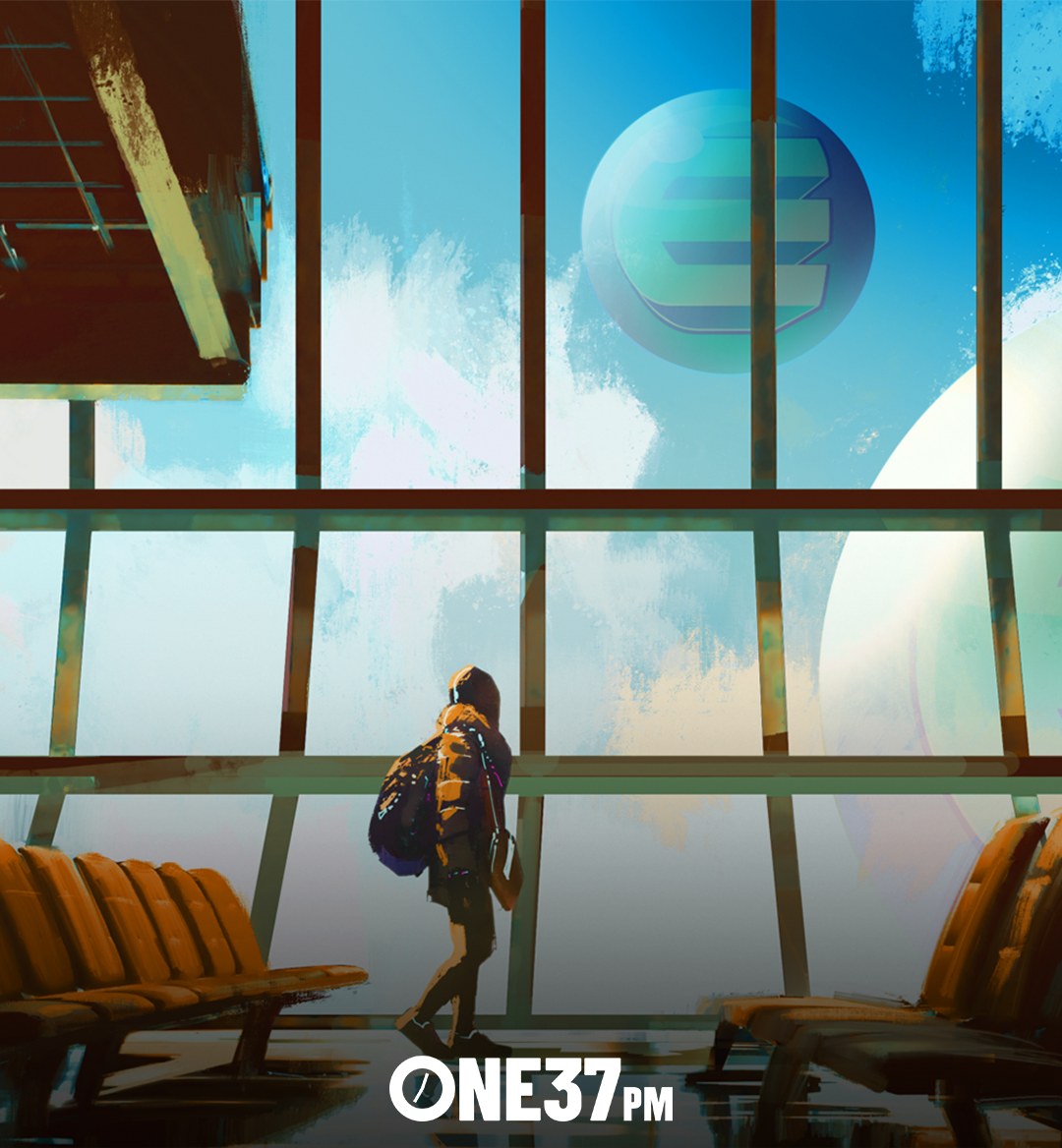 It's kind of fun to do the impossible.

What if I told you that game item design is no longer reserved to departments at major studios? Meet item minting via Enjin on Jumpnet, which launched yesterday for the general public.

JumpNet is live to the public! Every individual and business can now send, trade, mint, and distribute $ENJ and ERC-1155 #NFTs for free.

This new NFT creation platform lets you design your own collectibles that can be implemented into the games you love, or just traded amongst your favorite community.

Early adopters—like myself—were having a blast minting items and sending them out like there's no tomorrow. And the general public can finally get in on the action! The Enjin team was polishing the finer points to release their new platform and finally released the functionality to the general public yesterday.

In order to properly introduce you to this new system, here is a step-by-step guide for how to mint items on Jumpnet. Items minted on Jumpnet can be sent to others that have an Enjin wallet without the gas fees that hound ETH users.

● JENJ. This is like an Enjin coin that's on Jumpnet. It has a 1:1 conversion rate and its still used the same way Enjin is used. It infuses into Enjin items, giving them a backing AKA a base value. A big difference is items with JENJ don't cost gas fees and can be sent between peers almost immediately. You'll need a handful of these to create items.

● An Enjin Wallet. This is the place to trade for and store your NFTs & JENJ. You'll need to link a wallet in order to proceed with the minting process.

This tutorial is going to make the following assumptions about your readiness:

● The public access to both JENJ and Jumpnet minting is live

● You have linked your wallet with a JENJ balance, as seen in image one below (red circle)

In this process, we will be reviewing how I made my Emerald Narwhals - this little guy: 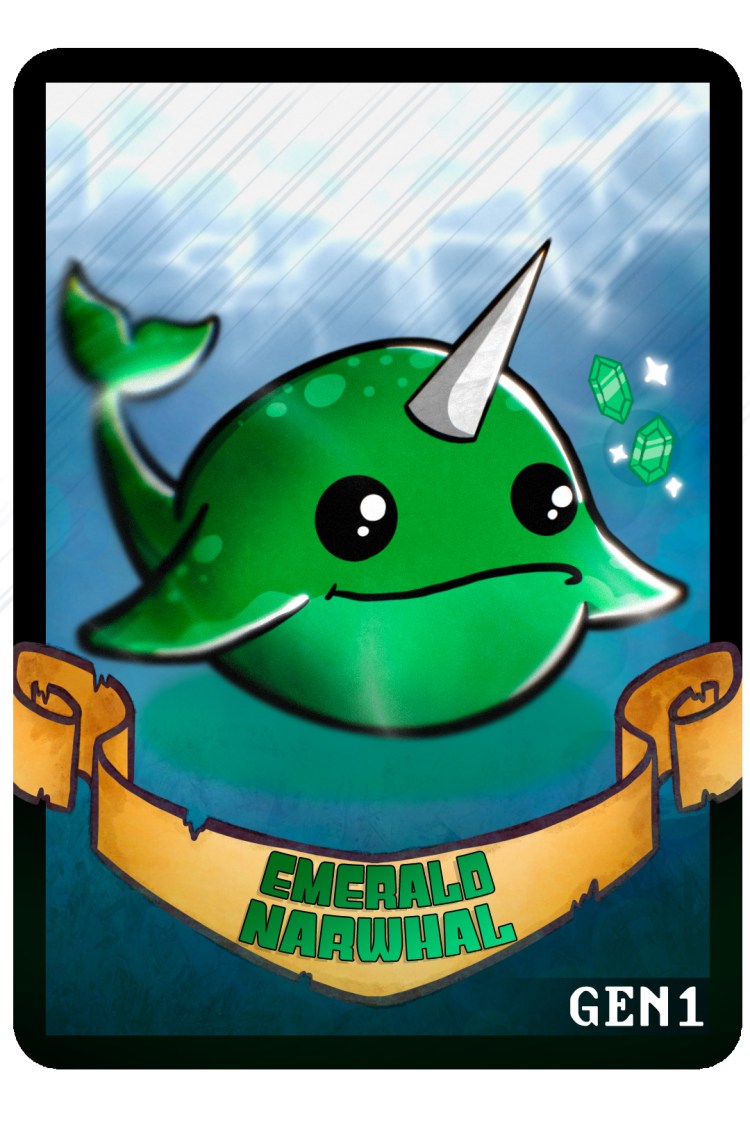 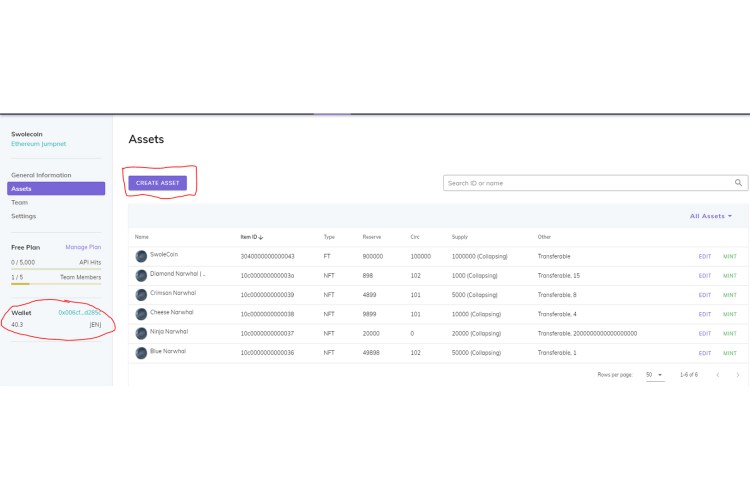 2) You're now on the Create Blockchain Asset tab.

Star - Desired name of your asset

Triangle - This is the reserve value per asset. Meaning, if someone chose to destroy one of your items this would be how much liquid JENJ would get out. AKA if they melted an item.

Octagon - This represents the return you would get if someone melted an item. You can only choose up to 50%. 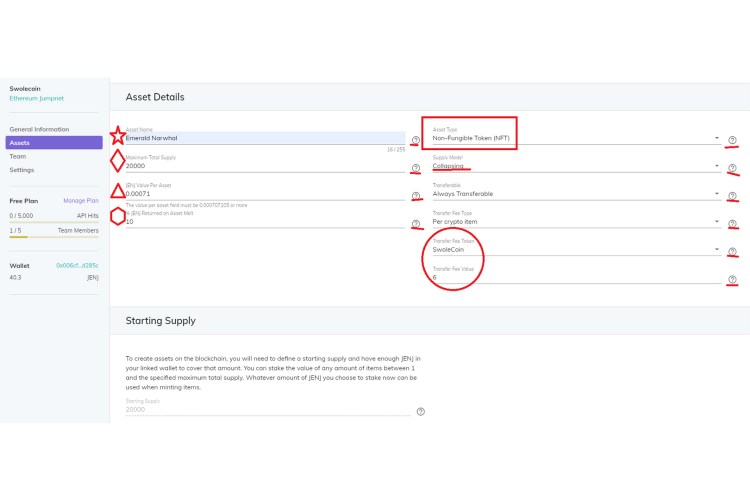 Rectangle - This is where you choose an asset type. You can do an NFT, which is a unique game item, or a fungible token (i.e a currency). SwoleCoin, that I used for transfer fees, is an FT.

Supply model: I am not going too deep into this one because I think this is a great example of using the question marks. If you hover your cursor over the small question marks, they will go into more detail about options .

Finally, in the circle is the transfer fee. As the item creator you can dictate that sender/sellers have to pay you a transfer fee whenever your item changes hands. I chose to use my own currency because I feel it'd be easier to attain than trying to use JENJ/ENJ, which is what's normally used for transfers. I've actually removed the transfer fee for my Narwhals, but just wanted to showcase how you could do it.

When you have filled the field with your preferred options, double check to make sure that's what you selected. Even I made a mistake on my first run through doing this. Then hit create asset in the bottom right hand corner.

3) The system will send you back to the asset screen and it'll send a request to your linked wallet to accept the item creation request. We refresh the screen and then - Bam, there it is! Somebody call Emeril.

Go to your created asset and hit edit. Unlike the other information we have already done, this can be edited before, during, and after the items are already minted. 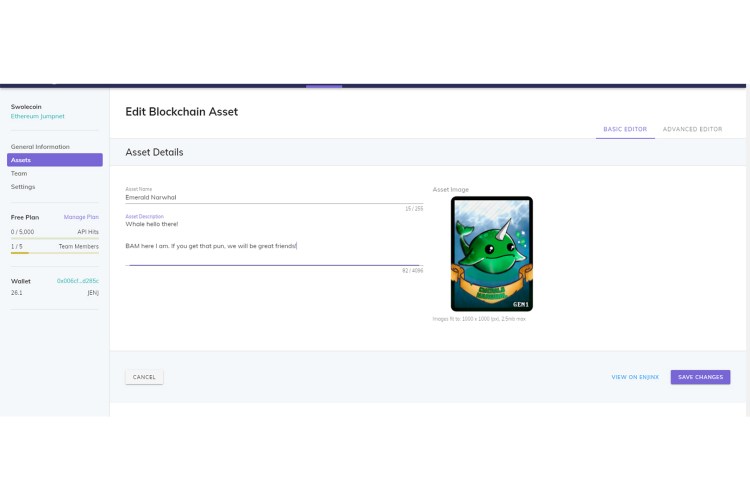 You will have your name, the description (which you can come back and add later), and finally, you can add your asset image as it will be displayed in the wallet and on the web browser blockchain explorer Enjinx. You'll save that and confirm the request in your Enjin wallet. 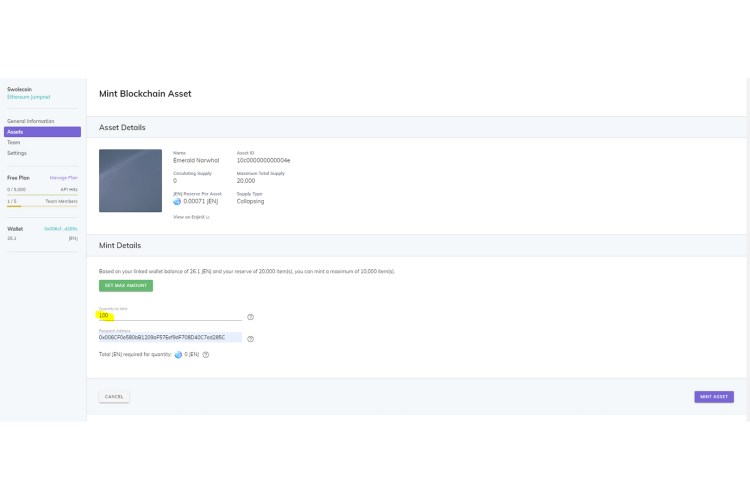 Last, but not least, hit mint to travel to the mint screen.

Quick note - you can only mint 100 at a time, but you can mint them to any wallet. Lets say a community member won a contest, you can mint up to 100 items right to their wallet!

I hope you've enjoyed this crash course, and my NFTs are available for reference if needed. 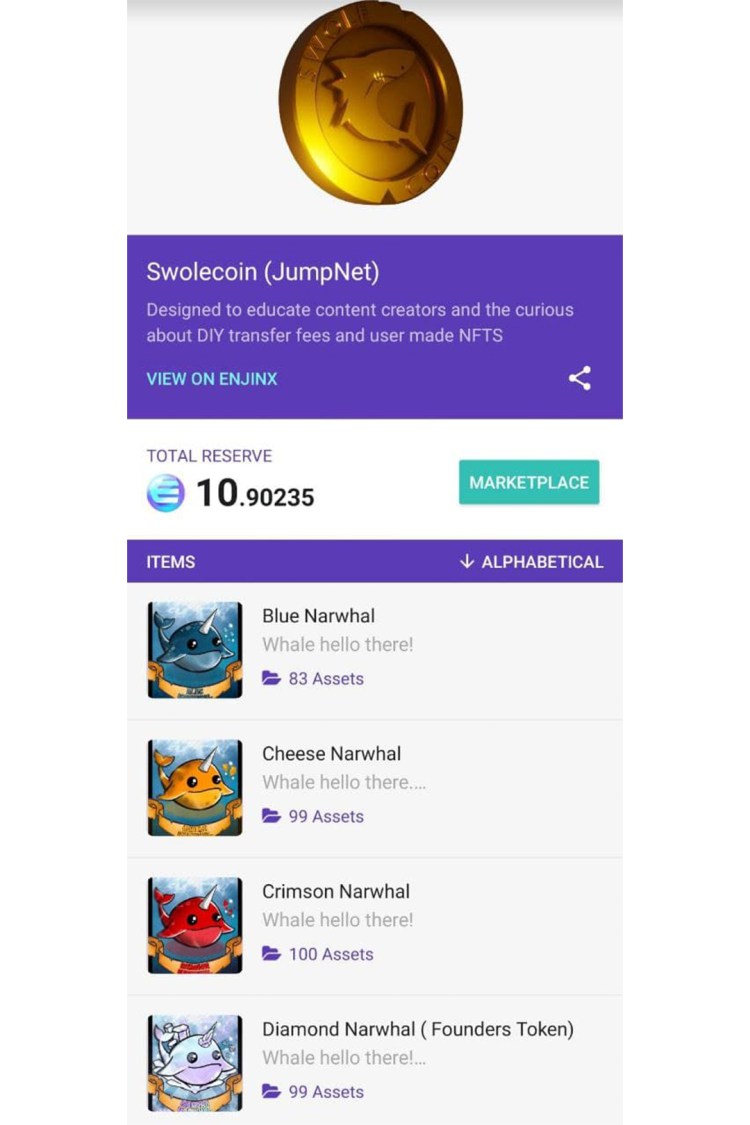 If you like what you've seen, make sure to follow me on twitter as I do giveaways and can answer any questions you have related to this article.