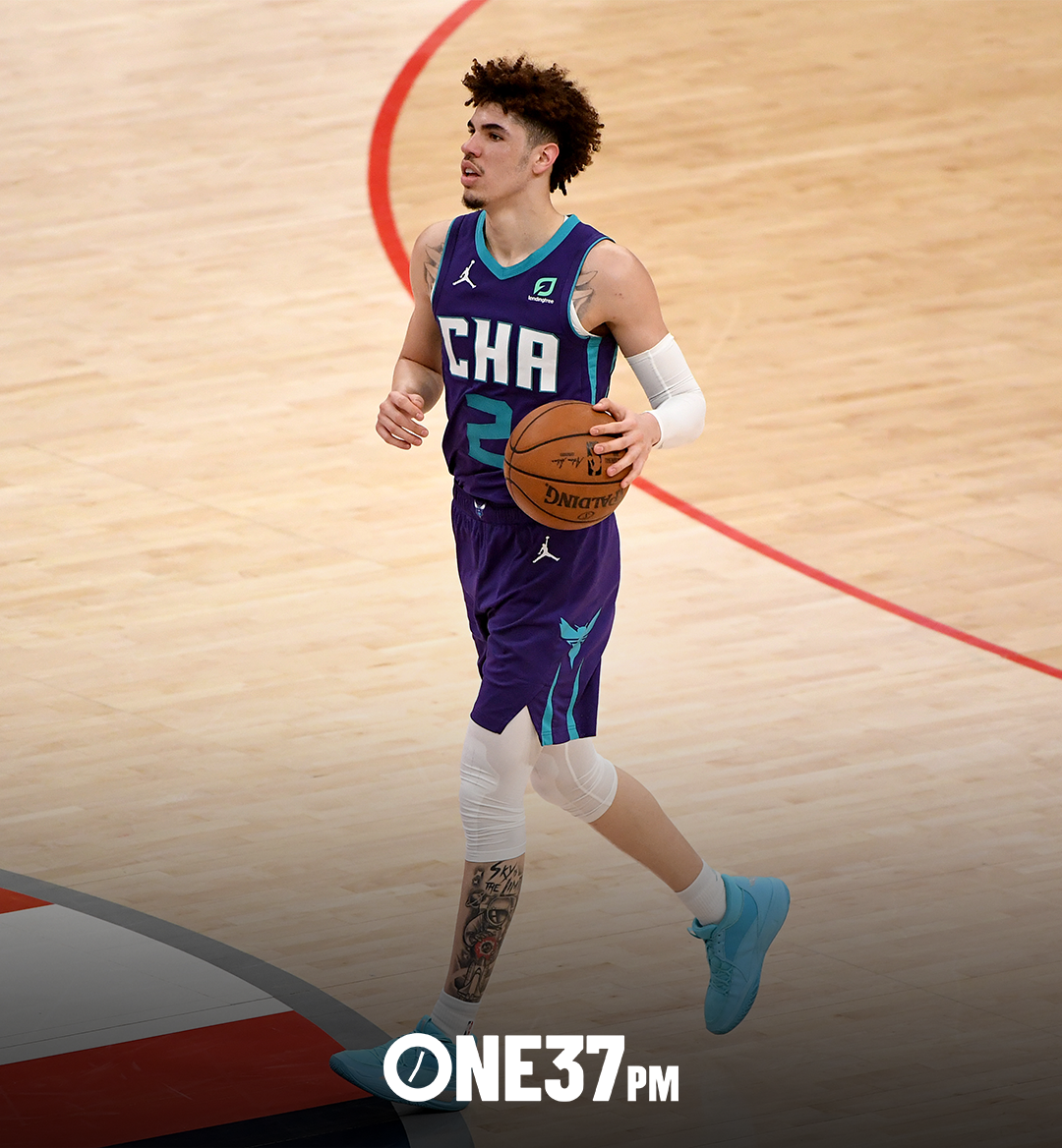 If you watched the Charlotte Hornets at all this year, you know LaMelo Ball is going to be around for the long haul. The electrifying newcomer to the NBA is one of the finalists for Rookie of the Year; couple that with his family's already prominent position in NBA culture and it's clear that Ball will be a mainstay of the basketball landscape for years to come.

With numerous artists and athletes getting into the NFT game over the past few months, creators have to be thoughtful about how they can create a project that builds community and will continue to evolve, rather than just being a one-off event. LaMelo is doing just that; he announced his project today, but the actual drop won't occur until next Friday, June 4th. As of now, Ball and his team are building a community in the player's discord channel so that, by the time of the drop, there's already an involved community surrounding his foray into the space.

Let's get into the actual project. Ball's first NFT capsule was created by Playground, in partnership with Ether Cards and Chainlink. What makes it so cool is how dynamic the NFTs are and the means by which each asset can evolve depending on what happens in the young player's career. LaMelo is launching a collection of 10,000 NFTs, consisting of 9,500 Standard NFTs with three classes of rarity, as well as 500 Evolve Edition NFTs. Each of these NFTs will contain unique artwork, attributes and perks, such as special artist renditions, exciting highlight-reels, random fan rewards, and opportunities to interact with LaMelo himself.

The Evolve tokens are so sick. Powered by Chainlink’s VRF and Oracle Network technology, holders of the Evolve Edition NFTs will be entered into verifiably random lotteries for highly-curated memorabilia—including in-game shoes, custom arm-sleeves, and his high school championship ring. As far as the token evolution goes, if LaMelo Ball is selected as the NBA Rookie of the Year, for example, the Evolve Edition token will update itself to reflect the accomplishment.

This drop separates itself from other similar drops because of how the evolution component gamifies one's ownership of their NFT. We spoke with Sher Chaudhary, co-founder of Playground Studios, who said of the drop: “Ultimately, this lets fans place a blockchain-based bet on LaMelo’s potential awards. Those who guess correctly receive an ultra-scarce digital asset worth money; but if you’re wrong, you’ve still earned a highly-coveted spot in LaMelo’s community -- with direct access to Melo himself.” Sergey Nazarov, the co-founder of Chainlink, echoed the sentiment, saying: “The linking of what LaMelo does on the court back to his on-chain NFT enables an entirely new relationship between him and his many fans."

That's precisely what makes this drop so cool. You don't just buy the NFT and watch it sit in your wallet; everything that happens in LaMelo's career will be reflected in the token. This is such a cool evolution for the NFT space generally and it's coming from one of the most promising players in the game. Personally, I can't wait to follow along. Hop in the discord here to get excited for next week.