How Swoops NFTs Are Changing the Sports Fan Experience

The Gary Vaynerchuk and Jason Robins-backed project is gaining traction 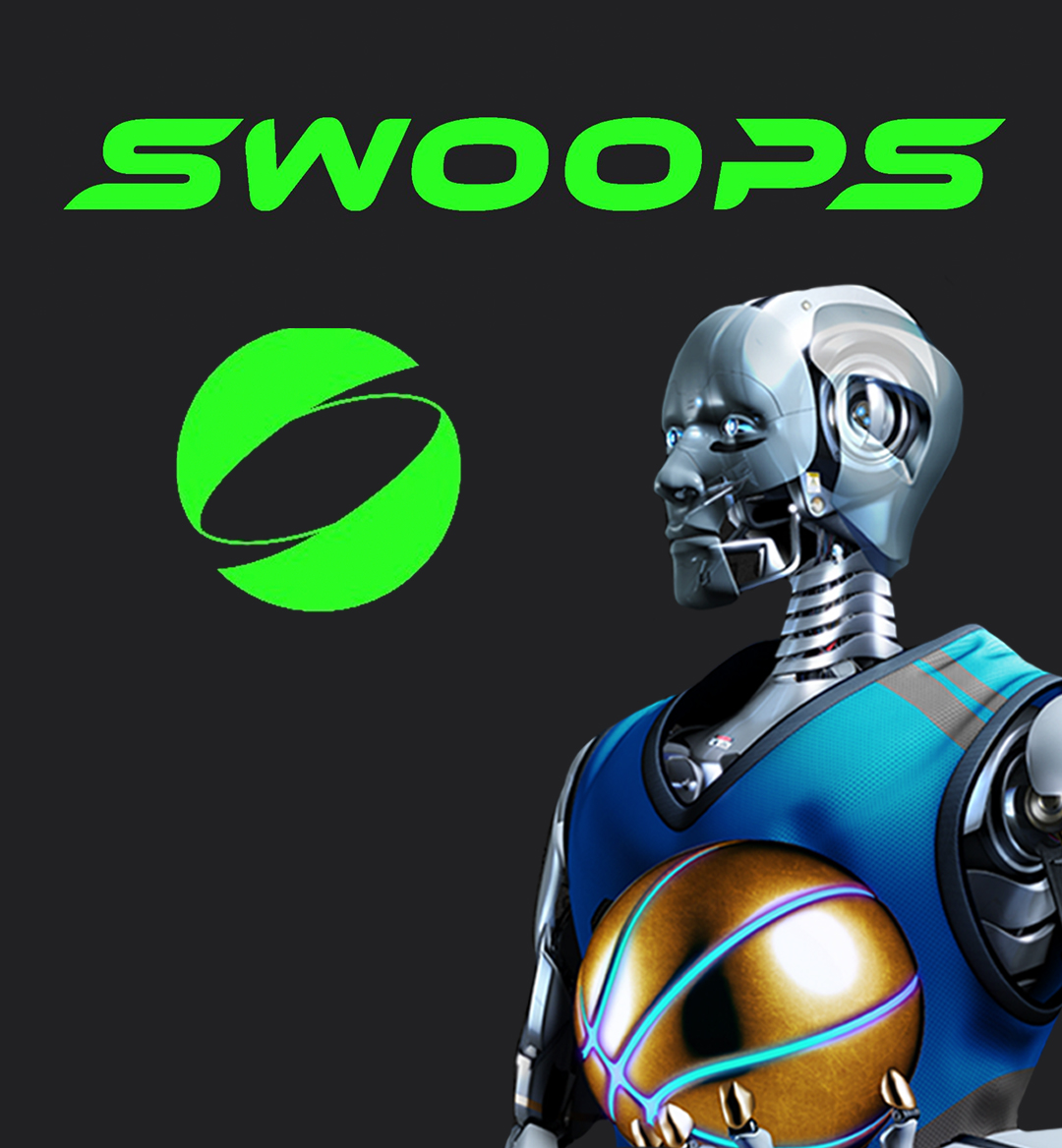 For decades and decades, the sports fan experience has remained relatively the same. Millions of people tune into games, pay to watch in person, and follow along the 24/7 news channels to keep up with their favorite sports. The Swoops NFT project is hoping to change that and give the everyday sports fan a chance at ownership and the ability to make decisions with real consequences.

Swoops is an NFT basketball game that allows fans to own, trade, and collect digital assets that correspond to fictional basketball players. The eventual goal is for Swoops to become a legitimate sports league with media coverage of players, drafts, and events that rivals traditional sports.

What’s right/wrong? Who is missing? Do YOU have what it takes to be a GM? pic.twitter.com/PmZH9Iunb8

By offering the everyday sports fan a chance to be an owner, general manager, or coach, roles reserved for a select few in traditional sports, Swoops is democratizing the basketball landscape.

ONE37pm sat down with Manish Sinha, the CEO and co-founder of Swoops, to learn more about the exciting project and the team behind it.

ONE37pm: What’s your background as a sports fan and when did you decide that you wanted to work in sports instead of exclusively being a fan?

Manish: So I grew up during the Shaq and Kobe era with the Los Angeles Lakers and that was really when I became a sports fan through and through. I caught the tail end of Michael Jordan’s [Chicago] Bulls career and played basketball casually as a kid and into adulthood. I’ve always been a big gamer too, playing NBA2K and other sports games like that.

What brought me into Swoops was the promise of ownership. With traditional video games, you turn it on, you move the player around and then you turn it off and that’s the extent of your relationship and interaction with the video game and I’ve always wondered, alongside my cofounder David, if there was a way to reimagine that so that’s what brought me to Swoops.

ONE37pm: If you had to give a quick 30-second pitch to your average NBA or NBA2k to try Swoops, what would be your main hitting points?

Manish: If you want to be a team owner or GM, usually you have to be a millionaire or billionaire. With Swoops we’re changing that, we’re democratizing that ownership so that anybody, including you, me, or anyone, could be such a person.

We’re doing that behind the technologies and the promise behind the blockchain and NFTs and making this new sport and new league of virtual basketball.

ONE37pm: To build on that a bit, sports are one of the biggest industries around the world, a multi-hundred billion dollar industry, but in traditional sports fans see little to none of that value end up back in their pocket.

How does Swoops use Web3 technology to change this and do you see this as the future of sports where fans get a bigger piece of the pie?

Manish: The hard truth here is that as a fan your ability to change the game is really limited. Usually, you can pick up a video game, you can watch it on TV, can gamble on it, or you can play fantasy sports. In each one of those cases, as you said Noah, your ability to capture the value generated from the game is very low and as a fan you’re never able to change the events that happen on the court, in the arena, and the promise behind Swoops, in fact, our mission, is to change that by making it possible for anybody to be a GM and an owner, and also to be a coach and have the ability to change what happens in the game. 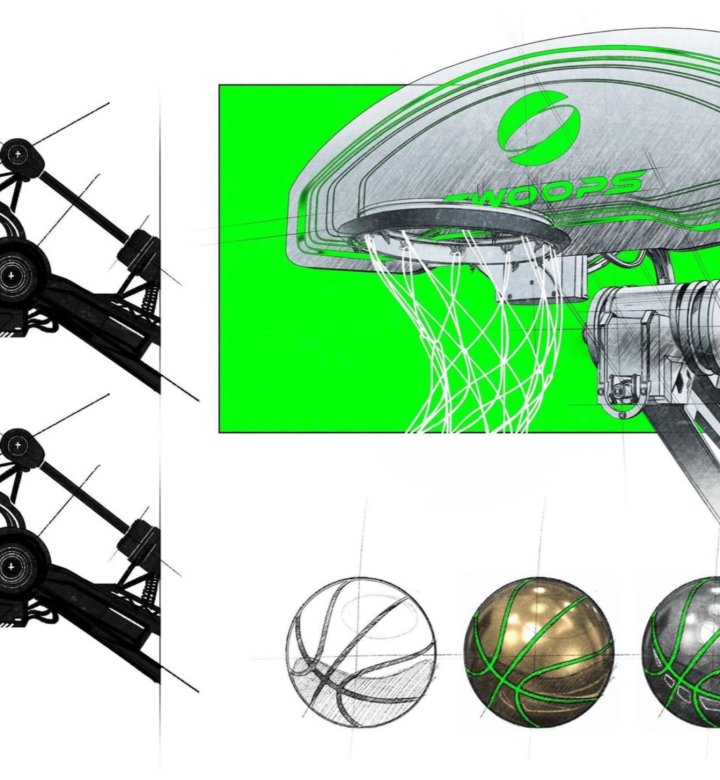 To your question of how, one of the biggest innovations that has come out of crypto and the blockchain itself are NFTs. What that specifically means is the ability for a person to have unique ownership over a digital asset. What we’re doing is we are using and leveraging that technology to create fictional basketball players, fictional Swoops players, that are each NFTs and then minting them and releasing them to the wider world so that fans around the world can collect these NFTs and trade them and swap them and then enter them into cash prize contests which is what the Swoops app will be about.

ONE37pm: With Swoops, there are all these fictional players and that might be a challenge for traditional basketball fans coming over in getting to know these players but I know that there are big plans to build out a whole ecosystem around the different players like you would expect in traditional sports with media coverage and more.

Can you speak a bit about the next steps in building out the ecosystem as well as the grand plan?

Manish: We call this the “Swoopsverse” and it’s our take on what a virtual basketball league looks like. It starts with podcasters sharing strategies on how to win in the simulator. It starts with YouTube streamers releasing strategy guides on how to play on Swoops, which players are doing well, and which are suffering. It involves people commentating just like news commentators in the real world talking about our draft which will happen four times a year as each Swoops season is three calendar months.

If we can recapture all these moments that happen in the real world with the real NBA around strategy, new players coming in, who’s up and who’s down, and all that media coverage that happens already with the real league. If we can find ways to replicate that, I think we’re on the path to creating our own sport and our own league.

ONE37pm: How would you say that building in public has presented opportunities or challenges for Swoops thus far?

Manish: Building in public is our strategy to talk about what we’re doing and get the community involved in it. If you know anything about Web3, you know that everything is open source, in fact, all the code is on the blockchain through smart contracts. We really believe in that ethos and we try to follow it as much as we can.

Obviously, one explicit challenge is that we’re building a simulator that runs a 5 vs 5, 48-minute basketball game. Now that simulator necessarily must remain a closed-source black box because it’s what we’re challenging our users to figure out so there are some hard limitations as to how much we can share with the public.

What we’re doing a lot around and continually improving on is finding our cadence with our user base, releasing updates, and talking about changes that we’re working on or that will happen in the future. At the end of the day, these are material assets that in some cases will be worth thousands of dollars so it’s really important for us to be transparent with what we’re building, how we’re building it, and striking a balance with creating a game that’s got a black box, mystery component embedded inside of it.

ONE37pm: Can you expand on the daily SwoopsGM challenges that are offered right now and the similarities and differences that product has to the full Swoops product?

A precursor to our Swoops NFT game launching this fall, GM is a daily NBA strategy game where users assemble a squad under the cap to take on a challenge team comprised of real or imaginary NBA lineups for $$$ prizes.

Manish: Totally, SwoopsGM is our warm-up to the real thing. SwoopsGM stands for Swoops general manager and if you’re into crypto it can also be Swoops good morning. It’s a small, fun game where we release a daily lineup of real NBA players and we challenge our fans and users to submit five players that they think can beat our set of five players.

There’s a strategy element here. The player pool is selected by us so you have to be creative in who you pick from that pool. There’s also a salary cap so each player has a price attached to them and your job as a user, and to play the game, is to find five under the salary cap that can beat the five that we put together.

If we do our job with SwoopsGM it becomes this wonderful top-of-funnel lead generator for Swoops itself. You have to remember that crypto and NFT games still occupy a niche within crypto-native and crypto-casual users. If we think of our user base as a concentric circle, that beginning one is that crowd, the crypto-natives, around that though are casual DFS players, people who play fantasy sports. If we do our job right with SwoopsGM, we’re going to reach some of those casuals and bring them into our world.

Manish: A big piece of Web3 is democratization so that everyone can become an owner and that lines up perfectly with our vision of democratizing sports ownership. It was perfect that the blockchain and NFTs, in particular, are exactly what we are leveraging to take our message forward. Beyond that, sports have always had a set of people who want to engage deeper with it. You see that with the success of DraftKings and FanDuel, people really want to engage with the game in a deeper way.

A big piece of crypto is also financial and the ability and hope to make money in a contest. We’re happy about that and we hope we can bring in people who want to engage with the game in a deeper way and make some money while doing it.

Swoops GM will be available to play on mobile and desktop at gm.playswoops.com