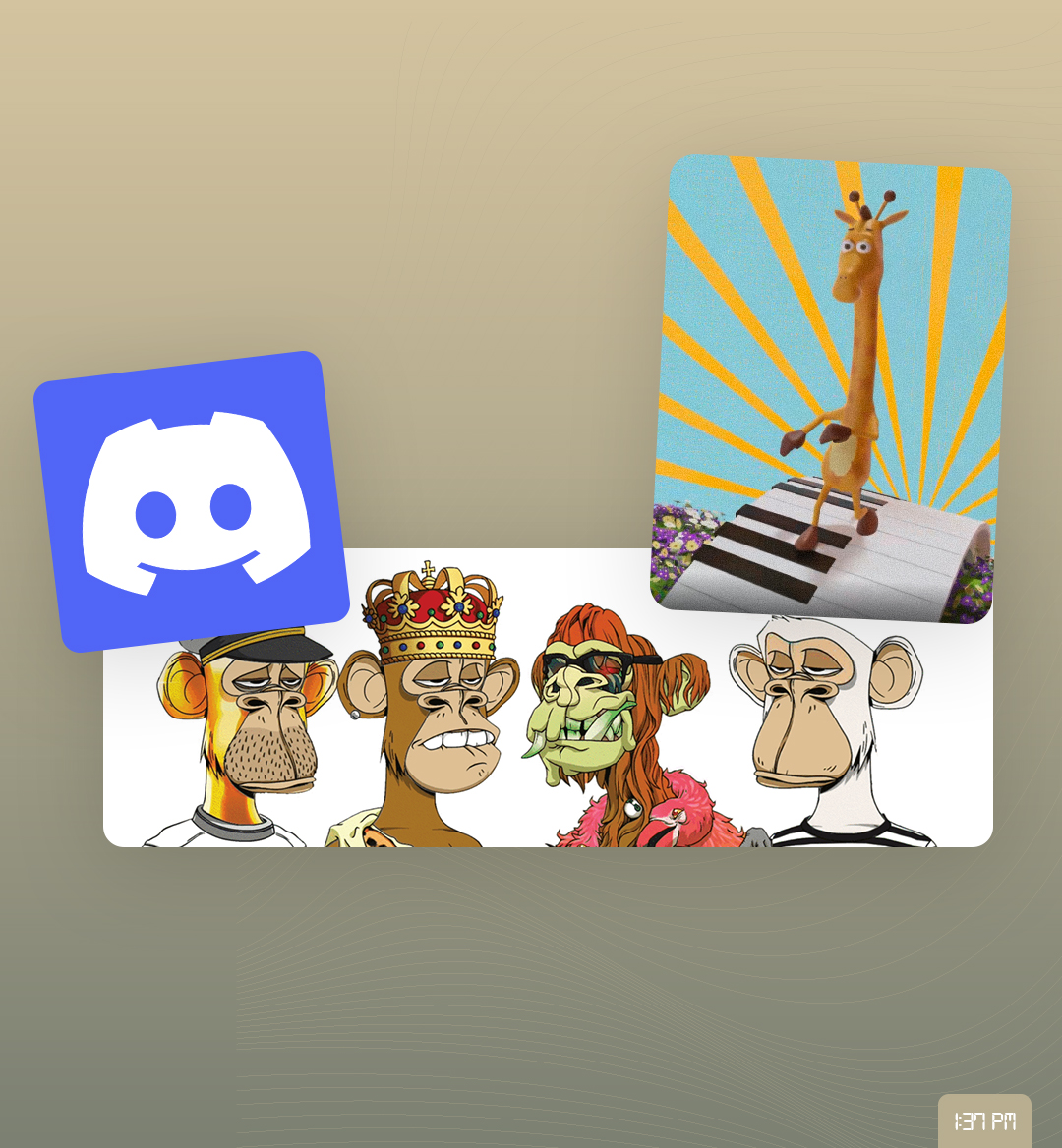 The NFT space never seems to have a dull moment, especially not this week!

In today’s NF3 Recap we are going to look into Universal’s NFT Band that has no musicians. Also, we learned that Toys “R” Us is launching their own Geoffrey Giraffe NFTs. Finally, we review the claims about Discord incorporating NFTs into their platform. Hang with us as we explore all these exciting updates, plus some cool extras.

If this is your first time joining us, make sure you stay up to date by checking out the previous NF3 recap.

1. Universal signs the band Kingship—a band with no musicians

Universal Music Group (UMG) stated on Thursday that it has signed Kingship, a collection of four human-like NFTs, not an artist.

Kingship, which refers to itself as a "metaverse organization," is a collaboration between Universal Music Group (UMG) and NFT investor Jimmy McNelis, who owns the four assets. It's kind of similar to Gorillaz, the late-90s "virtual band" formed by electronic musician Damon Albarn.

Three of Kingship's NFTs are from the Bored Ape Yacht Club collection, which is one of the most valuable NFT collections today. For the time being, the story of Kingship does not involve music. While Kingship is an official UMG signee, UMG emphasized that the idea is to offer consumers a taste of the IP first, creating the story of the four characters, before any music is used.

It'll be very interesting to see where this IP goes, with such a good head start I’d be surprised if Kingship didn’t do exceptionally well in the long run.

2. Toys“R”Us is set to launch their Geoffrey Giraffe NFT project

Yep! You read that right! Toys"R"Us announced they are offering a digital collection of the brand’s famous IP, Geoffrey the Giraffe.

Exacto, a digital artist who has over ten years of art experience, working mainly as a 3D modeler and animator in various settings, has created the one-of-a-kind Toys"R"Us NFT called The Geoffrey Stroll, which will be auctioned off live when the collection drops on November 13, 2021.

The collector and a friend of the one-of-a-kind NFT will also get the opportunity to attend the big opening of a Toys “R”Us shop in the United States in 2022, which will include transportation to the city and a two-night hotel stay. The drop goes live tomorrow 11/13 on Ethernity Chain.

Citron Tweeted a screenshot of the crypto wallet MetaMask integrated into Discord's user interface with the caption "probably nothing" — a known term in the NFT space for anything that may just be a huge deal. Discord clarified that the screenshot was part of a community hack week effort and was not a new feature for the social chat app, yet.

Users on Discord who are leery of the NFT space were pushing one another to cancel their Nitro memberships, Discord's paid premium service. As well, upset Discord users linked to a recent survey from the firm requesting feedback on Web3 and NFTs. Probably nothing.

Discord was studying how blockchain technology may complement its present goal, even if the screenshot was simply a sample image of what the crypto wallet integration could look like. Some of that effort will now be put on hold while Discord rethinks how to best build their platform for the Web3 groups that have been joining lately.

In other fun news, the well-known TV host Jimmy Fallon, announced to the world live on television while he was interviewing Beeple, that he had bought his very first NFT, an Ape.

Jimmy also took his new purchase to Twitter, sending out a Tweet that says, “Permission to come a bored?” — a nice play on words I thought.

Which celebrity will join this elite NFT group next?

Seriously, all of these amazing brands I loved growing up as a child are being reintroduced in a new and innovative way and it's really special.

If you know the feeling that I'm talking about, then you agree that brands are officially making the transition into this new space, and they are moving quickly.

Well, that's all for today folks. Thank you for joining us here at ONE37pm, for our NF3 Recap. Have a great weekend. WAGMI.