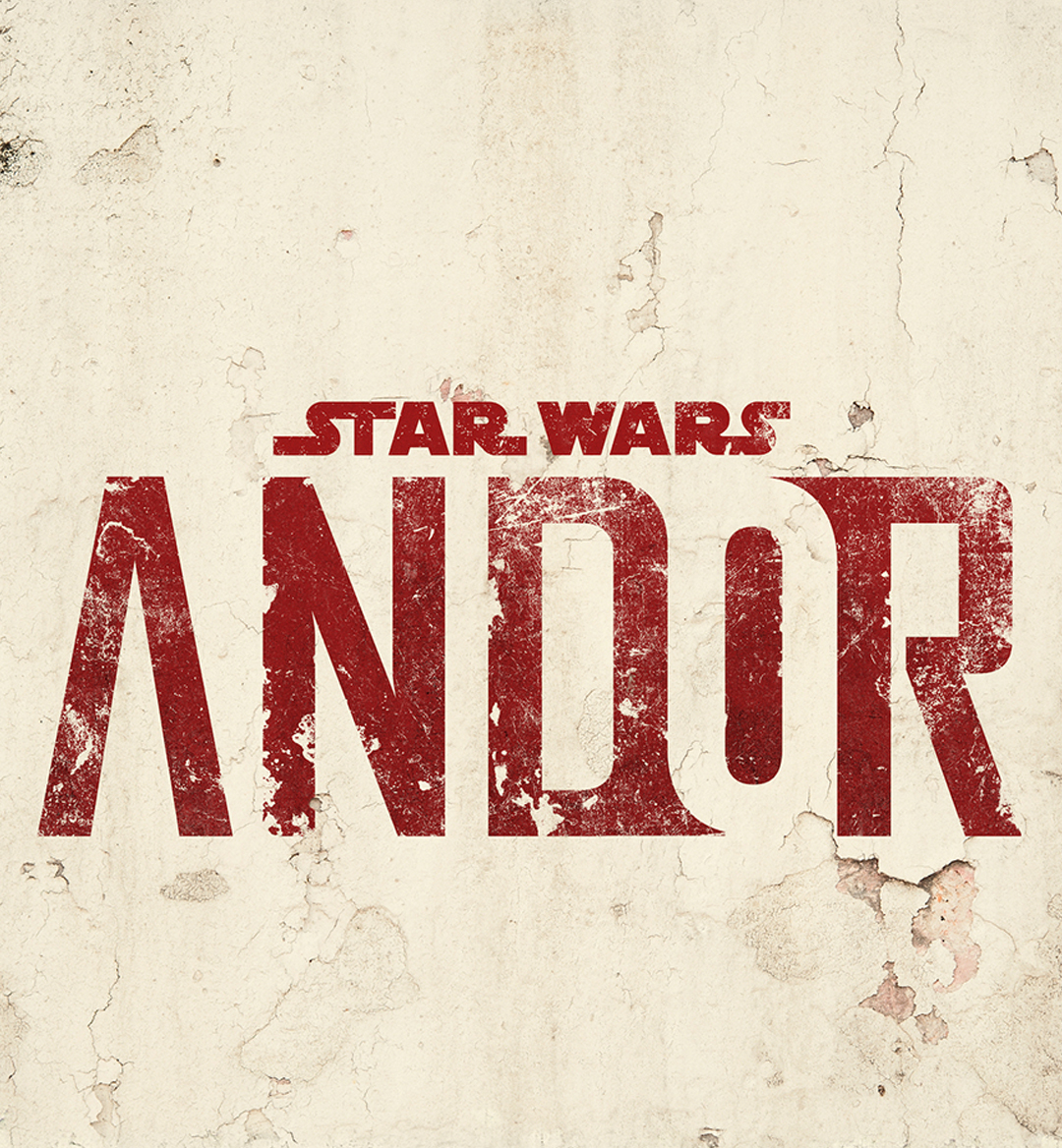 Sure, Andor might not have the same name recognition and overall glitz that Obi-Wan Kenobi did, but this series doesn't require any fanfare to be successful: five minutes in and it's completely obvious that we're dealing with an entirely new galaxy filled with grit galore.

As the first three episodes of Andor are now live on Disney+, we're already a quarter of the way through with the series, but even so, there's no telling where the remaining three-quarters will leave us. Not being as collectively invested in the character of Cassian Andor prior to the series is working in the show's favor: we're on this ride for the long haul, ready to go without the boxed-in, built-up expectations and baggage in hand. Because of that, Andor is able to be himself, and we're just here to watch. 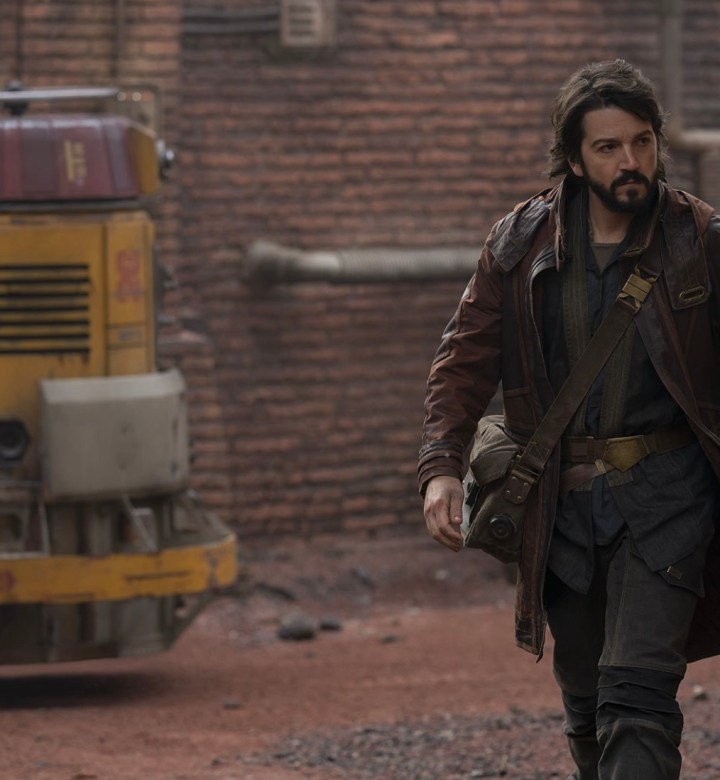 Okay, let's set the scene: we're on the planet, Morlana One, and are immediately thrown in with Cassian Andor (Diego Luna), who's lurking around the planet with one mission in sight, which is to locate his sister.

He stops into a local brothel to check if she's there, though he ends up getting into a bit of a spat with two patrons/Pre-Mor guards at the bar. After giving some identifying information about his sister (that she's from the planet, Kenari) to one of the women working there, all she's able to tell him is that his sister worked there recently but disappeared. Given that information, Andor decides to head back home, but not before he's followed out by the two guards.

With a gun held to his head, Andor pulls a slick move and knocks out one guard while he rips out the gun from the other's hand. Unfortunately for Andor, this leaves one of the guards dead, forcing him to kill off the surviving one out of fear that he'll be reported.

He heads home to the planet of Ferrix, where we're introduced to his good buddy, a slightly-dilapidated droid named B2EMO that stutters its words and powers down pretty often due to...I don't know...not being created properly?

At this point, we're given a flashback to Andor's childhood as a young kid on the planet of Kenari. In the flashback, we see a tribe of adults and children watching on as an Imperial ship slowly crashes down onto their planet. You know, because if there's one thing that these Star Wars shows love to do, it's forcing us to watch flashback after flashback. I do have to give this show credit, though, as these flashbacks actually blend naturally into the current plot going on, as opposed to us just being thrown into a bacta tank a billion times in The Book of Boba Fett.

Back in the current day, Andor is desperate for money in order to escape the planet, so he visits his friend, Bix Caleen (Adria Arjona), at the repair shop where she works to ask for a meeting with a client who might be interested in buying a stolen, untraceable NS-9 Starpath unit. She unwillingly agrees to help him, but it's going to be a bit of time until her client comes by.

In the meantime, Andor visits a few of his friends, most of whom he owes money, though he also asks one of them to lie for him if asked about his whereabouts. Even though he killed off both guards the night before, he's pretty certain that he'll be found for his crimes soon enough, which is why he's hard-pressed to keep his head down and get off Ferrix as fast as possible.

At the same time as all of this is going on, the Deputy Inspector of the Pre-Mor Authority, Syril Karn (Kyle Soller), has become obsessed with finding out who's responsible for killing two of his guards. After questioning those who were at the brothel, he receives a description of the man who killed them (Andor) as well as how the suspect was looking for his sister from Kenari. With this information, Andor now officially has the authorities on his tail. 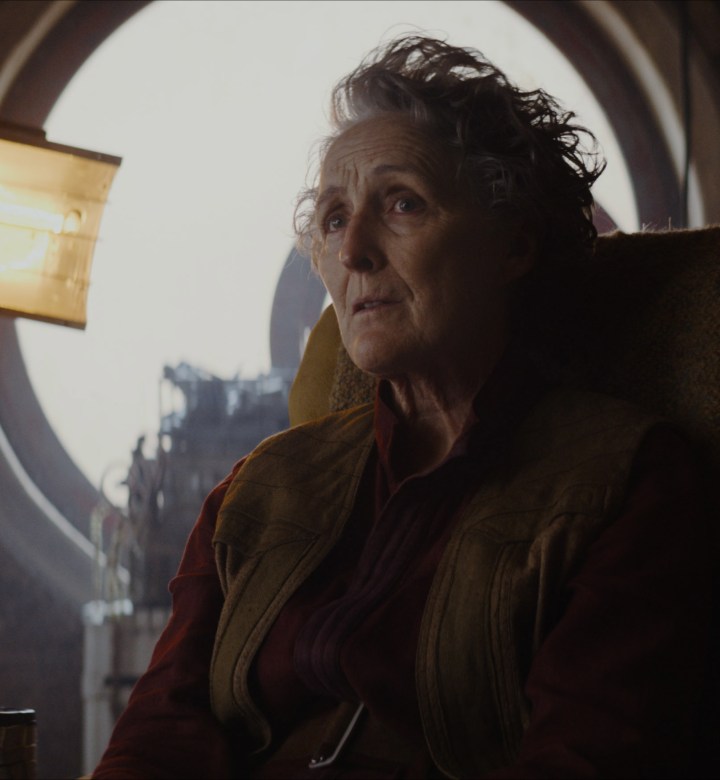 The second episode picks up right inside the same flashback on Kenari, except this time, things turn out a bit grim for the tribe of children. In an effort to further investigate the fallen Imperial ship, the main young girl in charge goes ahead and checks on the fallen guards, though just as she's getting closer to the ship, one of the guards (who was presumed dead) awakens and shoots her. While the children are ultimately able to kill the guard and rush over to their friend's side, it appears as though she's dead.

Back in the present-day on Ferrix, Andor visits Maarva (Fiona Shaw), a mother figure in his life, who immediately confronts him about how the Pre-Mor authority is searching for him. Apparently, a bulletin was released, listing a "Kenari male" as their suspect.

This greatly upsets Maarva, as she's made sure that no one in their life knew about Andor being from Kenari, changing documents and his name to conceal where he was truly from. She questions him about how they could've found out about Kenari, and it turns out that he wasn't as careful with the information as she had hoped.

Just as Maarva saw the bulletin about Andor, so did Timm (James McArdle), Bix's sort-of boyfriend who's concerned that his girlfriend will fall for Andor. Because of this, he calls in an anonymous tip to the Pre-Mor authorities, revealing that the man they're searching for is Cassian Andor. After receiving this information, the Deputy Inspector begins to gather up his men to locate Andor, who they believe is on Ferrix. 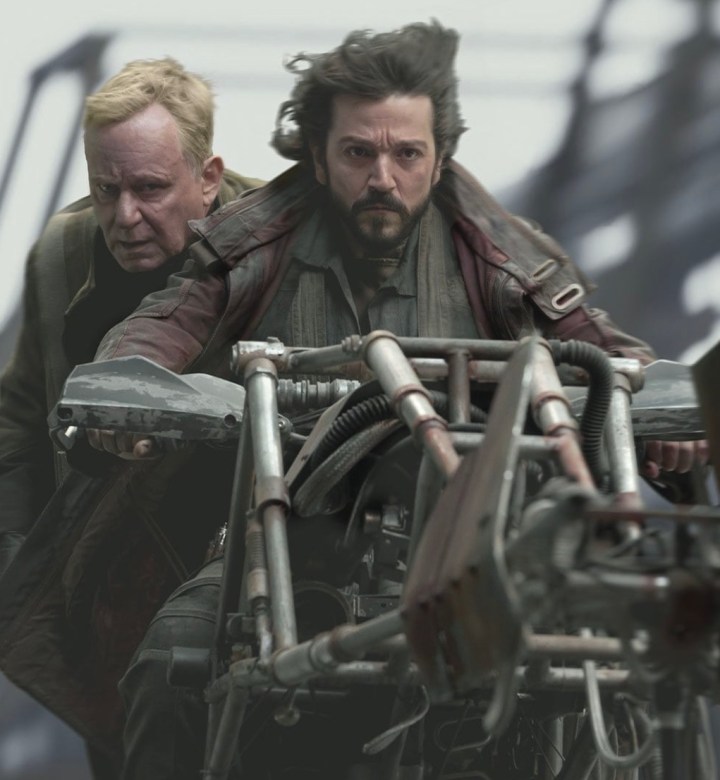 Continuing on from the end of the last flashback, Cassian lets the other kids walk ahead with the body of the young girl who was shot, instead staying behind to investigate further inside the ship. He finds multiple dead guards inside and ultimately gets to the control room, where he sees himself in a reflection and then proceeds to smash practically everything in the room. Honestly, same.

We're also led into another flashback, though this one is featuring a much younger Maarva with her partner, Clem Andor (Gary Beadle), as they're scrapping the fallen ship for items to sell. Along with them is also our favorite buddy, B2EMO, who's wandering around and just being cute.

The two flashbacks converge when Maarva hears loud noises coming from another area of the fallen ship. Upon investigating it, she finds a young Cassian who's extremely frightened to see her and Clem Andor. After finding out that a Republic ship is headed to their location, they have to immediately flee, though they realize that leaving Cassian behind would certainly result in his death.

Cassian is still resisting the duo as he doesn't speak their language, but as they're on a time crunch, Maarva administers a shot that makes him drowsy, allowing them all to flee the scene into space together.

In the present day, Bix's client, Luthen Rael (Stellan Skarsgård) arrives on Ferrix, and the two meet to quickly discuss Andor's situation with being hunted down by the Pre-Mor authorities.

As the guards have now landed on Ferrix, they immediately head over to Maarva's home to search for Andor, who's not there. Instead, they decide to rip apart her entire home in search of any hidden clues, though the largest clue of all ends up being right in front of them: B2EMO.

While waiting for Luthen, Andor contacts B2EMO, who—by nature of how its system is made—basically puts him on speakerphone for all of the guards to hear. They whip out some technological device that's able to track the sound, and with that, the guards head east to take down their suspect.

Luthen finally arrives, meeting Andor in an abandoned warehouse, though just as this is occurring, the Deputy Inspector and his crew begin to creep up on them from the outside.

While Luthen is still interested in buying the coveted Starpath unit, he realizes that there's something else he wants: Cassian Andor himself. After listening to him explain how he was able to retrieve the Starpath unit, it becomes apparent that Andor would be a major asset to Luthen in establishing the Rebellion cause.

Just as they've (sort of) come to an understanding, the Pre-Mor guards begin to break into the warehouse, though Luthen has planned for this and detonates a few explosive charges that he had placed before, which creates some chaos and kills a few guards in the process. The Starpath unit was knocked to the center of the warehouse which Andor is adamant about getting back, though he ultimately has to leave it behind in order to save his own life.

The two end up escaping through a furnace in the warehouse after taking out the guards, but there are still two other teams of Pre-Mor guards waiting in position nearby. By chance, they end up finding the Deputy Inspector himself, whom they decide to tie up and leave in a random building. Just as one of the other guards hears the Deputy Inspector mumble-yelling for help, a speeder-car flies by, seemingly with Andor and Luthen inside.

The nearby guards are able to take the car down as it comes to a major crash, though just as they're about to approach it, Andor and Luthen race by in a classic speeder bike, activating the explosive charges that they had planted on the speeder-car, leaving everyone in their dust.

The two finally reach Luthen's ship and head out into space, speeding towards what will soon become the beginning of a new Rebellion.

The first three episodes of 'Andor' are now streaming on Disney+, with new episodes released weekly.