The cannabis industry has a criminalization problem, and Besito is working to fix it 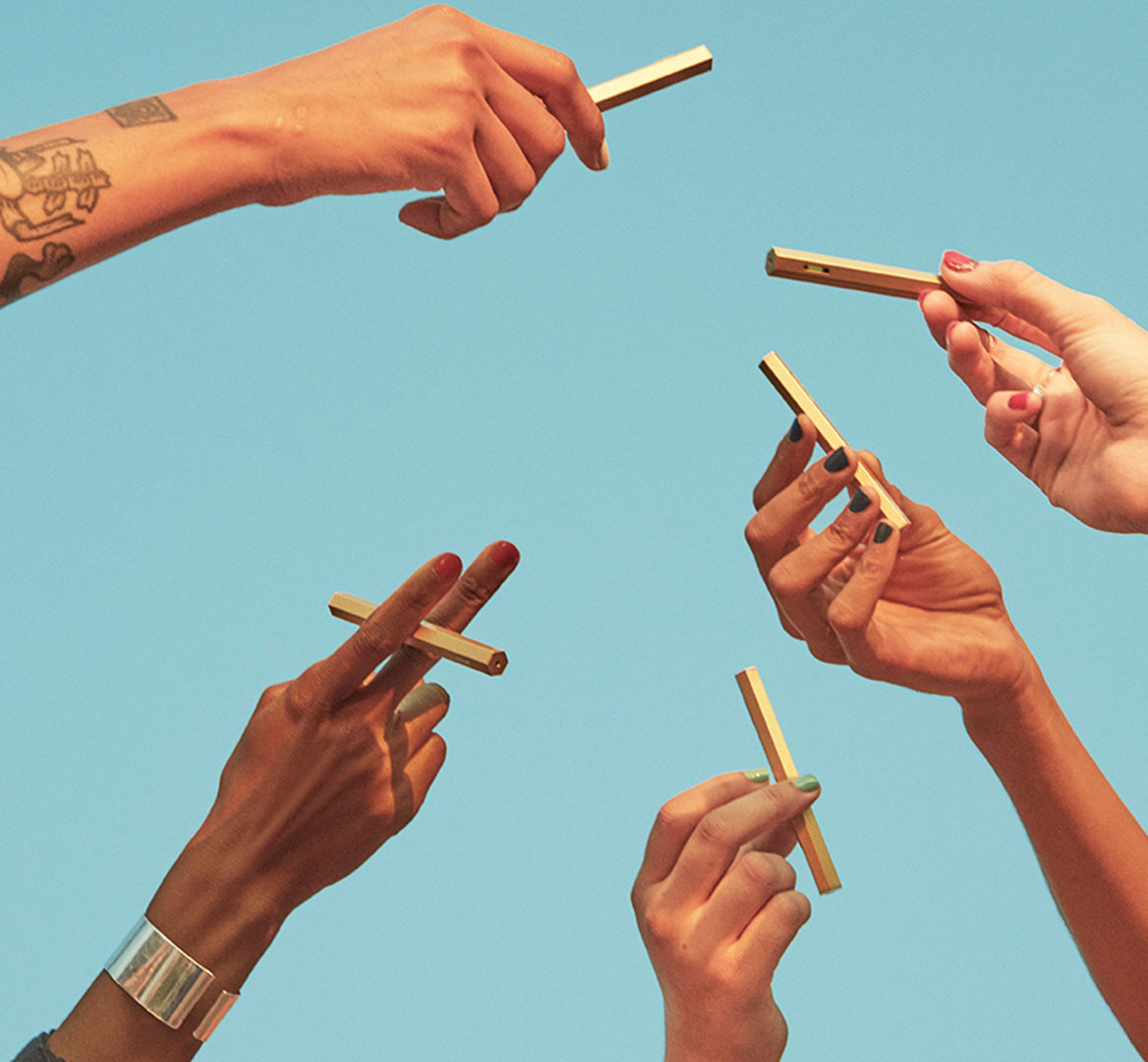 Based in sunny Los Angeles, Besito isn’t your average cannabis company. With a limited niche menu of three cannabis flavors—grapefruit, blackberry and mint—this vape company is quickly growing in popularity. Besito’s website and Instagram page feature a plethora of aesthetically pleasing images of diverse young people smoking pot. From models of color to queer couples, inclusivity is at the forefront of this company’s image. But that progressive energy doesn’t end with hiring diverse models for marketing shoots—that’s just where it starts. It isn’t uncommon for companies to preach that they value diversity and inclusivity but not actually reflect that mission in their work environment and efforts. Besito, on the other hand, doesn’t bullshit.

Recently, the company partnered with Equity First Alliance to create A Record Shouldn’t Last a Lifetime. The campaign is a call to action advocating for widespread implementation of automated expungement and expanded eligibility for expungement. Featuring advocates, formerly incarcerated individuals, their family members and amplifying the voices of those impacted by the War on Drugs, the project is more than a campaign, it’s a movement. The personal stories of those who have been harmed by unfair and disproportionate treatment by authority will hopefully drive people to sign their petition advocating for more access to automated expungement.

According to the American Civil Liberties Union, white and black people use weed at the same rate, yet there is a huge difference in the number of arrests made between the two groups. Black people are 3.73 times more likely than whites to be arrested for marijuana. Additionally, despite black and brown people only making up 31.5 percent of the U.S. population, they make up 46.9% of the people arrested for drug law violations. The data is clear that the War on Drugs is only affecting some groups, while others are profiting from starting businesses. We spoke with founder Maggie Connors about the importance of cannabis companies working toward decriminalization and making efforts to add color to the legal cannabis industry. 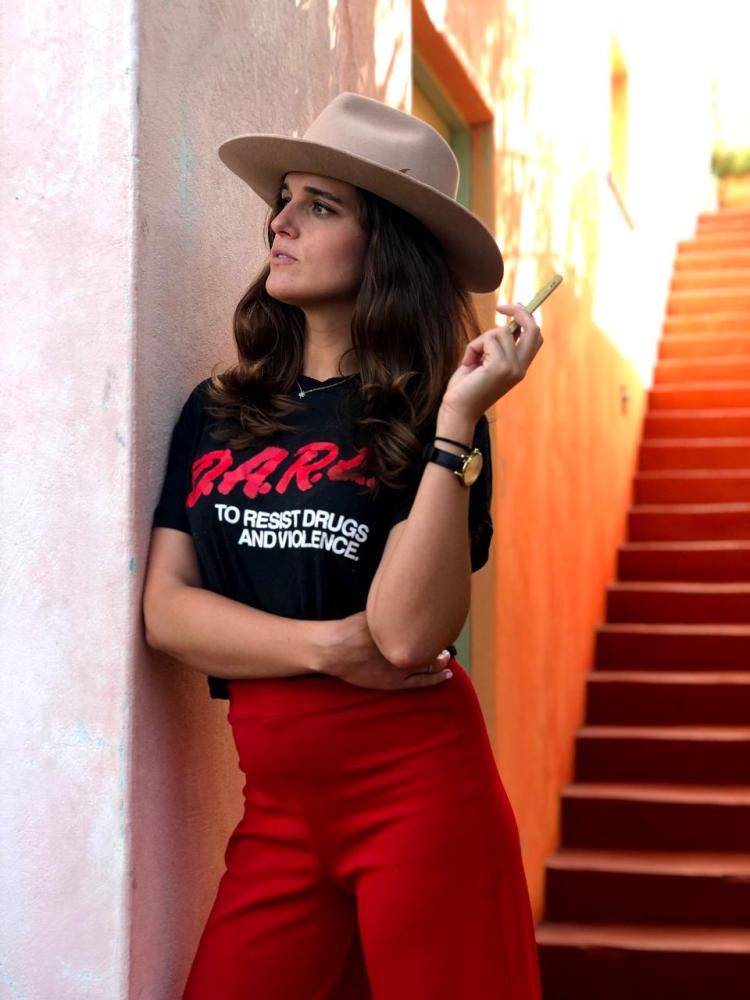 ONE37pm: Tell us a little bit about your background with the cannabis industry, and what made you want to work in this industry?

Maggie Connors: I was inspired to join the legal cannabis industry a few years ago when I saw that California legalization was on the horizon. I have been a passionate consumer of cannabis for over half my life and saw an incredible opportunity to join the work of so many activists before in building a world with legal cannabis. I also believed that consumers deserved better, safer and more beautiful products that showed a more inclusive and approachable side of cannabis. Most of the brands and products I saw on the market didn’t resonate with me, so I figured it was time for something fresh. Fast-forward two years, and we’ve launched Besito: a custom hexagonal brass vaporizer with delicious 2:1 blends.

As someone working in an industry that has been known to discriminate mostly against people of color and criminalize blacks and Latinos at higher rates, what do you feel your responsibility is in this quickly growing business?

Connors: At Besito we believe it’s a privilege to partake in legal cannabis. Additionally, we think it’s the legal industry’s moral imperative to use cannabis profits to help repair harms caused by the War on Drugs and to create an equitable industry going forward. We recently brought some of these stories to life through our campaign called “A Record Shouldn’t Last a Lifetime” produced by our friends at Tree Femme Collective. In partnership with Equity First Alliance, we featured advocates, formerly incarcerated individuals and their family members in their own environments. We also announced that 1 percent of all Besito profits would go towards supporting the efforts of Equity First Alliance. Now is the time for the legal industry to commit to repairing the harms caused by the criminalization of this same plant from which we profit, and for consumers to exercise their conscious capitalism accordingly.

What inspired you to partner with Equity First Alliance?

Connors: After looking at many partners doing important work in the space, we ultimately were most aligned with the mission of Equity First Alliance. Their focus at the intersection of racial equity and reparative justice in the legal cannabis industry was exactly the work we wanted to support. While also based in Los Angeles, they have done an incredible job of connecting, uniting and supporting like-minded groups across the country. We were honored to sponsor their Second Annual National Expungement Week, which helps thousands of individuals with records seal their records for better access to basic liberties such as housing, employment, education.

What is cannabis’s biggest problem?

Connors: The biggest barrier I see is misinformation around cannabis. It’s no surprise given 80-plus years of government fear-mongering and propaganda, but the stigma is a major headwind to consumer education and perception. It’s not what our DARE teachers taught us, fellow ‘90s kids. All of this comes down to understanding the science of this plant, and the fact that our bodies have an endocannabinoid system built to receive the therapeutic advantages that cannabis provides in order to regulate homeostasis. We need regulations and capital to support more robust research, but I expect the truth about cannabis and its benefit to society will become more evident over the next generation. 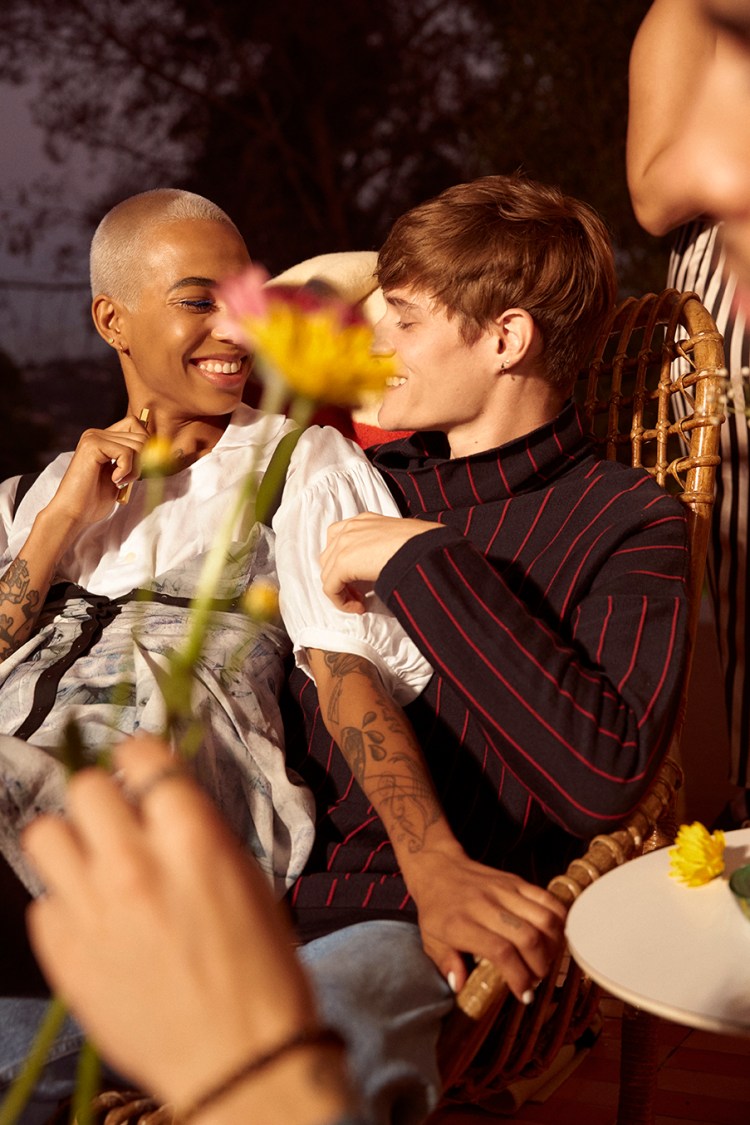 If you could change one thing about the cannabis industry, what would it be?

How else has Besito given back or brought awareness besides their partnership with Equity First Alliance?

Connors: The first few months of our launch earlier this year were a celebration of the queer community’s pivotal role in cannabis legalization. We educated around trans pride, Stonewall’s 50th anniversary and the history of queer cannabis advocates. In addition to hosting several queer-focused events, we also donated 5 percent of sales to the Los Angeles LGBT Center. The communities and histories are inextricably tied, we just do our part to share their stories and reinvest part of our profits towards a better future.

How do you plan to continue bettering the cannabis industry in the future?

Connors: In addition to our ongoing partnership with Equity First Alliance, we will continue to focus on building an equitable industry, through hiring, prioritizing marginalized business owners throughout our supply chain and sponsoring scholarships for women entrepreneurs in cannabis. We are also dedicated to building a sustainable industry and have a new recycling program where people get $5 off their next vaporizer if they bring the last Besito back so that we can properly recycle the components. We are also working on hemp-based packaging solutions for our product innovation pipeline.

Which presidential candidate do you think has the best proposal for beating the War on Drugs and positively impacting the cannabis industry? (This is not an endorsement.)

Connors: Cory Booker has the best plan and Senate record in support of legalizing cannabis. He’s included cannabis legalization as a critical aspect of his criminal justice reform for years. In 2017 he introduced the Marijuana Justice Act to Senate, which called for federal decriminalization and restorative justice through expungement. As part of his presidential campaign platform, he is proposing extending clemency to individuals serving excessive sentences for nonviolent drug offenses and ending harsh mandatory minimums for nonviolent drug offenses. He has also committed to reinvesting in the communities most impacted by the failed War on Drugs and reinstating the right to vote in federal elections for formerly incarcerated individuals.