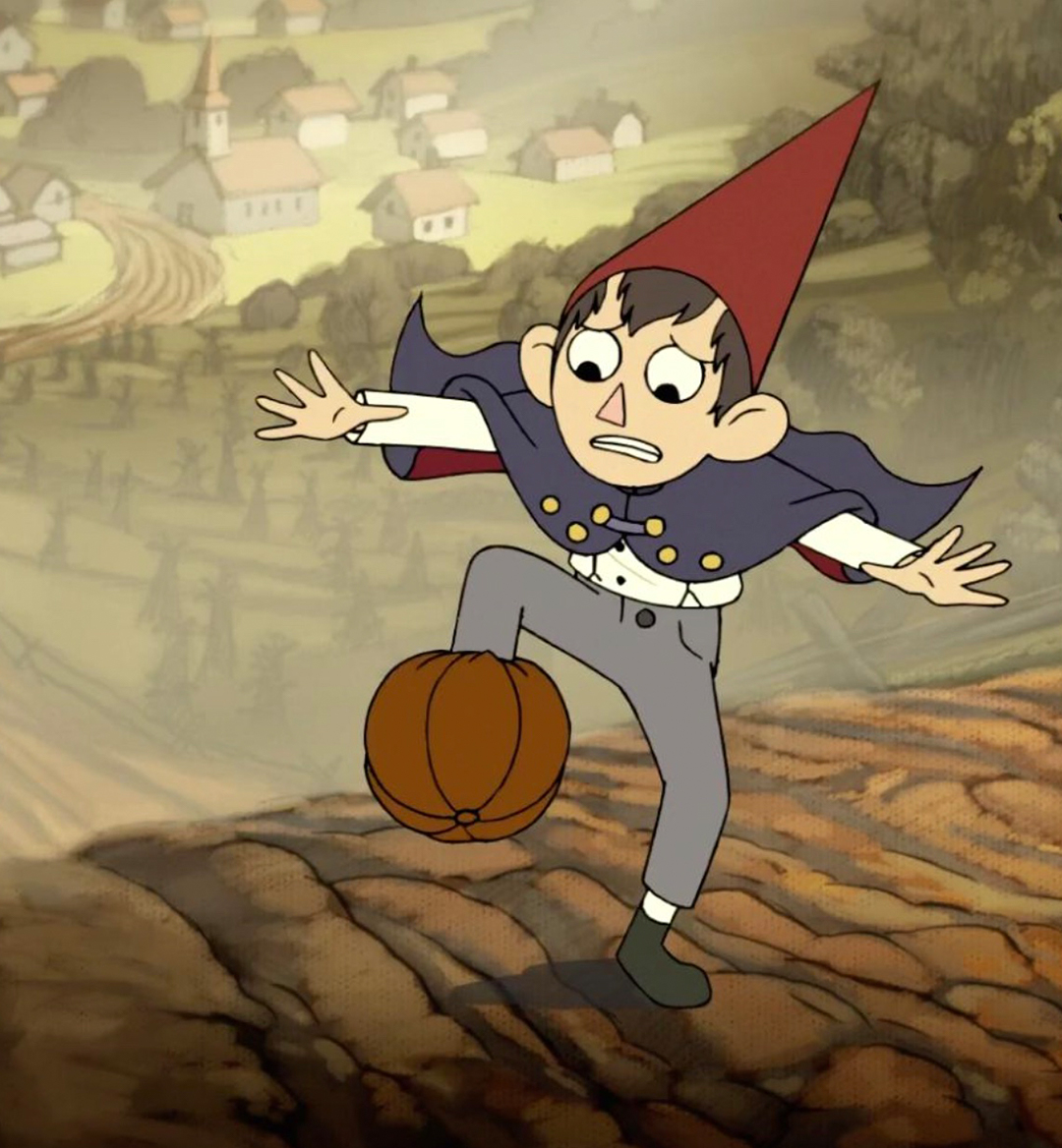 Is it really October if you don't ring in the season by begging all of your co-workers to write about their favorite Halloween movies and TV shows?

The criteria for what actually defines a Halloween film or TV show is often pretttttty blurred—I mean, I genuinely considered adding You've Got Mail simply because Meg Ryan carries around a pumpkin at one point. Ultimately, what defines a solid Halloween watch comes down to the vibes that accompany it.

What We Do in the Shadows? The Halloween vibes are definitely there.

The Batman? Well, our very own Bo Templin explains that one a bit later on.

"All work and no play makes Jack a dull boy."

Does the author of the book—Stephen King—dislike this movie? Sure. Does that make this film any less good and, more importantly, scary? Absolutely not.

The 1980 horror masterpiece by Stanley Kubrick isn't the most faithful adaptation but dammit if it is not one of the most terrifying movies ever made.

By now, you know the general plot: Man takes over as caretaker of a secluded hotel. He brings his family with him while gradually losing his sanity leading him to try and kill his wife and son.

It's hard to pick the scariest part of The Shining as it's pretty horrifying for the nearly 2 1/2 hour runtime. However, Jack encountering the ghost in Room 237 has always been the moment that scares me the most, and I've seen The Shining almost a dozen times.

Finally, I'd be remiss if I didn't mention that The Shining gave birth to perhaps the greatest episode of "Treehouse of Horror" on The Simpsons.

A one-off miniseries consisting of 10 episodes that each clock in at around 11 minutes, Over the Garden Wall breathes a mild breath of spookiness and fall air into the season, an absolute must-watch for anyone currently devoid of fall vibes. Tracking brothers Wirt (Elijah Wood) and Greg (Collin Dean) as they attempt to find their way out of the forest that they're lost in, the two encounter tons of strange things along the way, including a town comprised completely of pumpkin people, a ferry full of frogs, and a creepy aunt who holds them hostage.

All the while, two dark forces are looming over Wirt and Greg, stemming from a Woodsman who won't seem to leave them alone and the ever-lurking, aptly-named Beast.

I remember I saw this film in the early 2000s for the first time since it got rereleased in theaters with some extra scenes attached to it. Took my Mom with me, who proceeded to take a nap 10 minutes into it. So here I am, watching it by myself with no snacks to distract me from all the wild stuff that started happening near the movie's halfway point. The closing stretch of this film terrorized my every waking dream for like a whole month after it was done.

When that girl was fully possessed and just started saying wild things and projectile vomiting, I was in awe and scared to death all at the same time. And once that innocent priest went flying out the window, your boy was HURT hurt! To this day, I'm still shook whenever this film pops up during one of those cable TV scary movie countdowns. THE POWER OF CHRIST COMPELS YOU!

You wanna know why I have no desire to ever go camping? This movie! The fear of catching some fatal skin infection comes from this movie. When I first saw it, I didn't know much about the plot. So once everyone started getting sick and going stir-crazy out in the woods, I was all in. Watching all the characters in this movie eventually succumb to their infection was wild, plus the ending where that one dude thought he was the only survivor left (only to get blasted to bits!) was wild.

This is one of those scary movies that doesn't have the best critical reception, yet I can't get enough of it. This one totally deserves a sequel based on that final image of those two kids fetching some contaminated water from the lake...

Is this a Halloween movie? I don't know. What I do know is a quote from this movie:

"This must be your favorite night of the year, huh pal? Happy fuckin' Halloween."

The Batman drew plenty of conversation when it was released in March of 2022. Many fans, like myself, applauded the film. Enjoying the tone and unique look into both Gotham and the city's greatest detective. There were also fans (idiots), like some of my coworkers, who found the movie to be slow and too long.

This has been one of my favorite movies in a long time. The opening 20 minutes are spectacular and certainly fill the Halloween vibe. It is worth noting that this movie was largely based on the Batman comic, The Long Halloween. You see numerous villains dressed for the holiday as they commit crimes. There is a spooky feel throughout the entirety of the film, but in those first 20 minutes, it really shines through.

Between The Riddler, Penguin, Joker, and others -- the villains do their part in this three-hour comic book epic. I wouldn't be surprised to see some Riddler costumes this Halloween.

If you have seen the movie, this is the perfect excuse to return back to it on HBO Max. If you haven't had the chance, there is no better time than now.

For me, it has to be What We Do in the Shadows. Best enjoyed with two frozen bottles of rosé and an edible, it's ex-Flight of the Conchords member, Jermaine Clement, and Jojo Rabbit's Taiki Waititi doing a better mockumentary than The Office.

My favorite Halloween movie has gotta be Halloween with Michael Myers himself—it's a classic in the horror genre and brings back nostalgia from watching it as a kid.

My favorite Halloween tradition is watching the newest rendition of The Simpsons: "Treehouse of Horror." Every year, The Simpsons will put out a Halloween special that consists of three hilariously spooky and spoofy shorts. "Treehouse of Horror V" delivers three hilarious shorts, including Homer turning a toaster into a time machine, Principal Skinner and the teachers turning into cannibals, and the best scene in Simpsons history in this parody of The Shining.

Since I’m a massive weenie who can’t handle horror movies, most Halloween content isn’t really my jam. But even more than monsters or ghosts or ghouls or goblins, the thought of having $10,000 riding on a three-leg parlay makes my blood run cold.