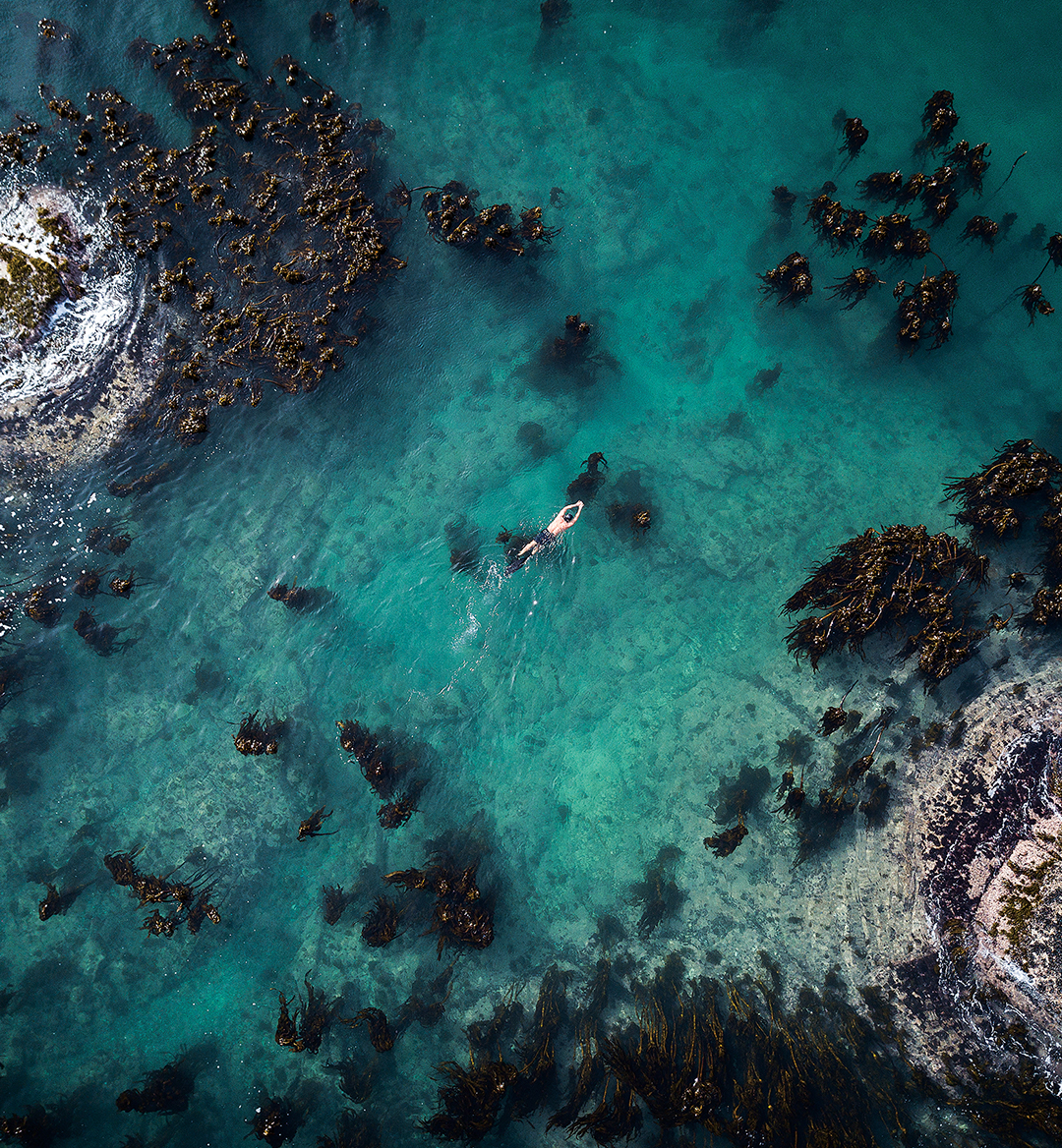 If you're anything like me, then the thought of watching a nature documentary probably brings you right back to your sixth-grade science class when the teacher would throw on Planet Earth if they didn't feel like teaching that day.

Even though most of the class would use this as an excuse for a two-hour nap, looking back now, the docuseries wasn't that bad; actually, it was—dare I say—good-ish? With that in mind, we've gathered up 21 of the best nature documentaries that won't actually put you to sleep.

Not only did My Octopus Teacher become an international sensation, but it also marked the first time that an octopus won an Academy Award for Best Documentary Feature (okay, maybe that's a stretch). The film—which aired on Netflix in 2020—tracks Craig Foster, a documentarian who spends an entire year underwater with an octopus in South Africa. The two form a bond over the time they spend together, revealing quite a bit about the creature itself and the overarching relationships between humans and wildlife. Though it's a fairly new entry in the realm, My Octopus Teacher might be one of the best nature documentaries that we've ever seen.

While Planet Earth focuses on many different biomes, Disney's Oceans puts a magnifying glass on water and the world that lies beneath it. While "water" isn't technically a biome, it's a world in and of itself, taking up the bulk of the surface of our planet and hosting a wide and varied collection of creatures and plants.

Ah, the everlasting search for the snow leopard. While attempting to locate and film the rare creature, a group of filmmakers has to push past both physical and mental barriers as the road to finding them proves to be much more difficult than expected. In China where they're filming, the crew marches on through extremely rough weather circumstances all in search of this creature on the brink of endangerment.

Released almost within a year of Happy Feet, March of the Penguins gets many people (or maybe just me) confused between the two titles, which starkly contrast one another. March of the Penguins follows the breeding patterns and life of penguins while Happy Feet is about a cheerful penguin who loves to dance; so, if you're planning on showing the former to a child anytime soon, beware that your child might be scarred for life after seeing some penguins die.

While this Netflix original documentary might sound like a Disney animated feature, Puff: Wonders of the Reef is actually about a tiny, baby pufferfish who's looking for shelter in Australia—namely in the Great Barrier Reef. The film not only tracks the fish itself, but also gives a close-up look into the underground biome that is the Great Barrier Reef.

One of the O.G. nature documentary series, Planet Earth is a fairly vague title for just how niche each episode can get, grouping together creatures of the various biomes which they call home. The series breaks up its time equally between the nuances of each biome as well as the intricacies of the animals and plants who live in each one; if this isn't one of the best nature documentaries of all time, it's definitely one of the most well-known.

Narrated by David Attenborough in this second installment of the original documentary, The Blue Planet, Blue Planet II comes to life around 16 years after the former and is comprised of footage from around 6,000 dives over a span of four years. Basically, the docuseries goes even further than the first one did, exploring the various depths, biomes, and locations of the Earth's oceans.

Focusing on climate change, Chasing Ice tracks James Balog's crew as they head off to Alaska, Greenland, and Iceland to capture global warming up close. There, they're able to create an accurate time-lapse of disappearing glaciers and film the breaking apart of massive glaciers throughout the world.

This 2017 biographical documentary puts a spotlight on the iconic Jane Goodall, who works primarily with chimpanzees as a primatologist. She's had a long and influential career and the uncovered footage in this film captures Goodall in her element, making new discoveries in the world of chimpanzees at a young age.

AppleTV+'s Prehistoric Planet is a five-episode docuseries that brings to life the dinosaurs of our planet's past. Beautifully animated with CGI, each episode of the series focuses on a different biome that formerly housed dinosaurs, including coasts, deserts, freshwater, ice worlds, and forests.

Who doesn't love to chase coral? Netflix's original documentary, Chasing Coral, dives deep into the staggering disappearance of coral reefs over the years. Directed by Jeff Orlowski, the film was created with the help of numerous divers, videographers, and scientists who were all working to document and piece together the disappearance.

It's like Fifty Shades of Grey, but with sharks (okay, maybe not). Because we don't already get enough shark content between Shark Week and SharkFest combined, 50 Shades of Sharks is a docuseries that goes deep underwater and into the more muted parts of sharks' lives, including how they're able to rest, hunt for food, and find mates.

Our good buddy, Meryl Streep, narrates us through the world of birds, butterflies, bees, and bats (who doesn't love alliteration?) and just how vital they are to our everyday survival. Given that many of these animals are endangered, the documentary explores that side of the story in addition to the creatures' overall nature of being. Wings of Life is easily one of the most beautiful and best nature documentaries out there.

An AppleTV+ original, The Year Earth Changed is about how COVID-19 affected nature, especially in the early days and months when things drastically changed for everyone. David Attenborough narrates the after-effects as it pertains to wildlife, climate, and the natural world at large as COVID-19 swept the world.

From the production crew that brought us Planet Earth and The Blue Planet to life, Frozen Planet explores how those on the cooler side of the world live, such as in the North and South Poles, Antarctica, and other arctic regions. The docuseries follows native animals and plants alike while also addressing how climate change has affected these areas.

With a well-deserved 98% rating on Rotten Tomatoes, Blackfish tracks Tilikum, the killer whale held captive at SeaWorld that eventually killed three people. It puts a spotlight on how orcas behave in captivity as opposed to when they're out in the ocean where they belong. Because of this, the film is one of the most hard-hitting, best nature documentaries around.

Another David Attenborough-narrated film brought to us again by the creators behind Planet Earth, Our Planet somehow takes things to the next level. The docuseries focuses on how animals have been affected both by humans and their climate change-affected environments.

Everything's cuter when it's tiny, which is basically what AppleTV+'s Tiny World is all about. Tracking the planet's smallest and most unassuming creatures, we're given a glimpse into their seemingly little lives, allowing us to see how each animal carries on through its daily life. Oh, and it's all narrated by the tiniest superhero of all: Ant-Man (Paul Rudd).

Good ole Robert Redford narrates National Parks Adventure, a documentary about the many national parks in the United States and their origins. A group of seasoned explorers takes on the parks, including the legendary climber and mountaineer, Conrad Anker, as well as photographer, Max Lowe, and artist, Rachel Pohl.

Earth at Night in Color is a truly eye-opening docuseries that allows us to see—in color—everything that goes down across the natural world at night. Tom Hiddleston narrates the series, capturing every move that animals take in the middle of the night across six different continents. Not only is this one of the best nature documentaries to stream, but it's also one of the most cutting-edge.

An upcoming series brought to us by legendary photographer, director, and climber, Jimmy Chin, Edge of the Unknown With Jimmy Chin explores just how far people are willing to go to achieve greatness in their athletic field. From snowboarding and climbing to surfing and more, this 10-part docuseries offers insight into these naturalistic sports and the people who make it their life's goal to perfect them.