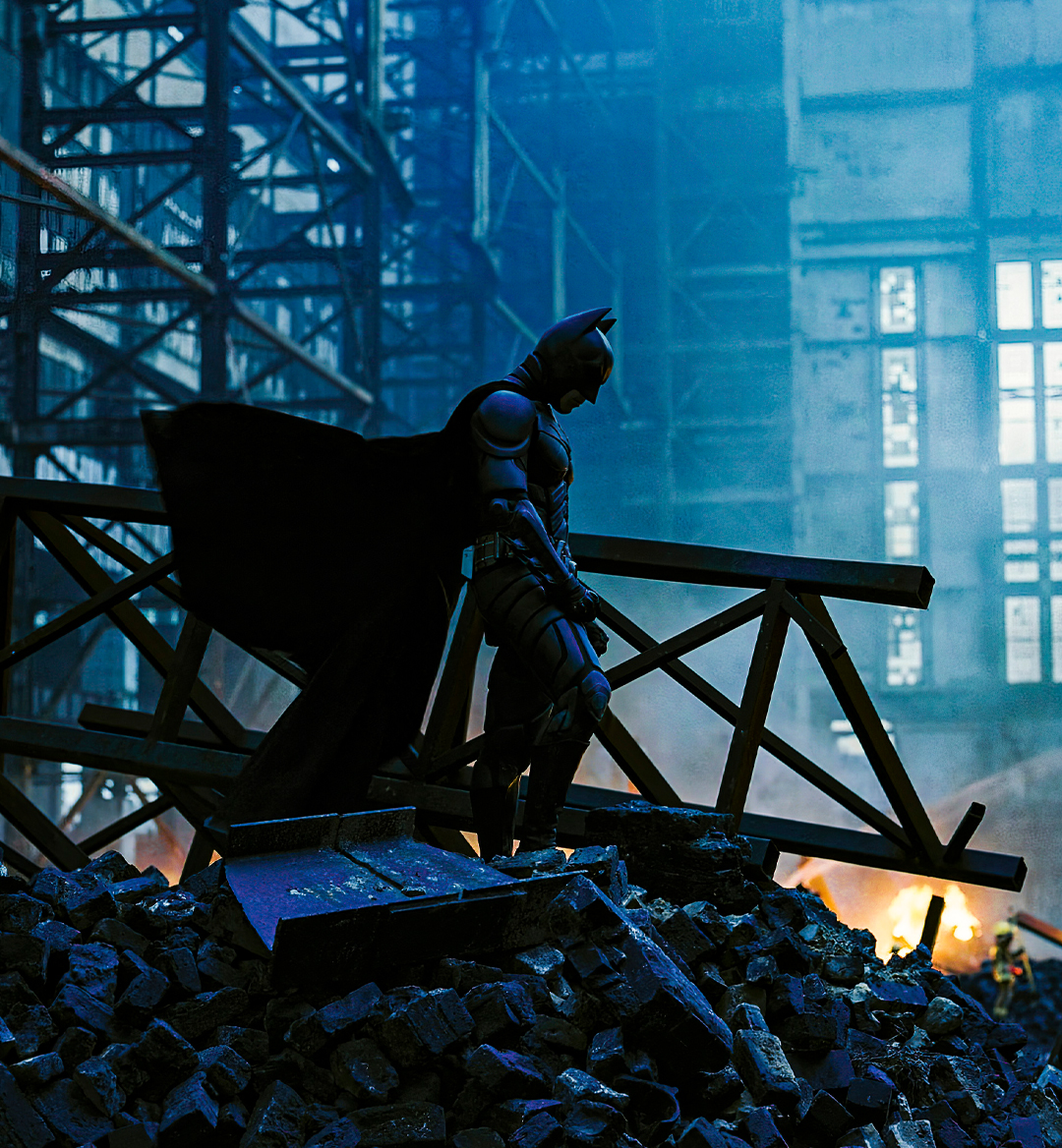 We currently live in what could be called the 'Golden Age of Superhero Movies." While some of the best superhero movies, such as Tim Burton's Batman and Christopher Reeves' Superman, released before this era, never before have superhero movies been as popular as they are today.

Beginning in 2002 with Tobey Maguire's debut as Spider-Man in Spider-Man, and continuing with Christian Bale as Batman in Batman Begins, we saw superheroes and "nerd culture" really begin to enter the mainstream. And then once Robert Downey Jr. took on the mantle of Tony Stark in Iron Man, kicking off the Marvel Cinematic Universe, superhero movies truly became one of the must-see releases every year.

All that being said, this begs the question:

What is your Mount Rushmore of Comic Book Movies? pic.twitter.com/DuSktoh7Ob

There are certainly plenty of options, but here is our "Mount Rushmore of Superhero Movies", the ones that stand above all the rest.

The undisputed GOAT, the one that will never be touched, and one of Christopher Nolan's best, The Dark Knight, remains the greatest superhero movie of all-time.

The Dark Knight sees Batman (Christian Bale) facing off with his archenemy, The Joker (Heath Ledger), in an amazing action movie that also forces the audience to reckon with the question of "Where does the line between hero and vigilante begin and end?". The Dark Knight possesses some fantastic action and has one of the best end sequences ever seen in a superhero film, with Batman attempting to save hostages as the Joker looks to blow up two ferries attempting to flee the city.

This is all not to mention that it features the best iteration of The Joker ever put to screen, with Heath Ledger embodying the sheer chaos and terror-inducing menace of the supervillain.

The film remains endlessly rewatchable and one that will continue to be talked about for years to come.

The culmination of the entire Marvel Cinematic Universe (up until that point), Avengers: Endgame saw our superheroes struggling to come to terms with the fact that the unthinkable had happened in the previous movie: They had lost. Half of all existence had been erased, and the heroes were left in shambles, forced to pick up the pieces.

It may not be everyone's favorite Marvel movie, but it is arguably the most important one. Could a movie of this scale work? Would Marvel stick the landing after more than 20 movies? The answer was most certainly yes.

Plus, it is the only movie that I've ever sat in the theater for, which felt like I was at a sporting event. When this happened:

I still remember hearing people cheering so loudly that it drowned out the movie, and even saw some people shed a tear as they watched all this unfold.

3. 'Spider-Man: Into the Spider-Verse'

A movie that I think caught everyone by surprise, Spider-Man: Into the Spider-Verse is an animated film featuring the one and only Miles Morales. Following the death of his universe's Spider-Man, Miles becomes the new hero, with the help of a few other Spider-Men (and Spider-Women) from different dimensions, as they battle the Kingpin, Doctor Octopus, and more.

It has a killer soundtrack, incredible visuals that make the movie look like it's a comic book come to life, along with a ton of heart, Spider-verse is a must-see for any comic book fan.

I mean, if this scene doesn't give you chills, then something must be wrong with you.

The swan song for one of the best portrayals of any comic book character ever, Hugh Jackman's Wolverine. Logan very loosely adapts portions of the "Old Man Logan" storyline from the comics, where Wolverine has aged immensely, and his powers are beginning to fade.

Jackman played Wolverine in nine different films, and this movie served as the send-off for not just his character but also Patrick Stewart's Professor X.

Logan sees Wolverine unexpectedly become the guardian of a young girl named Laura, who possesses powers similar to Logan's and is later revealed to have been created in a lab using his DNA. They two form a "father-daughter" type of bond as they evade a team of mercenaries and assassins bent on capturing Laura.

For the first time faced with his own mortality, Logan grapples with the consequences of his actions and how to right the wrongs of his past.