Diversity in the MCU: Marvel’s Evolution from 2008 to the Upcoming Phase Four 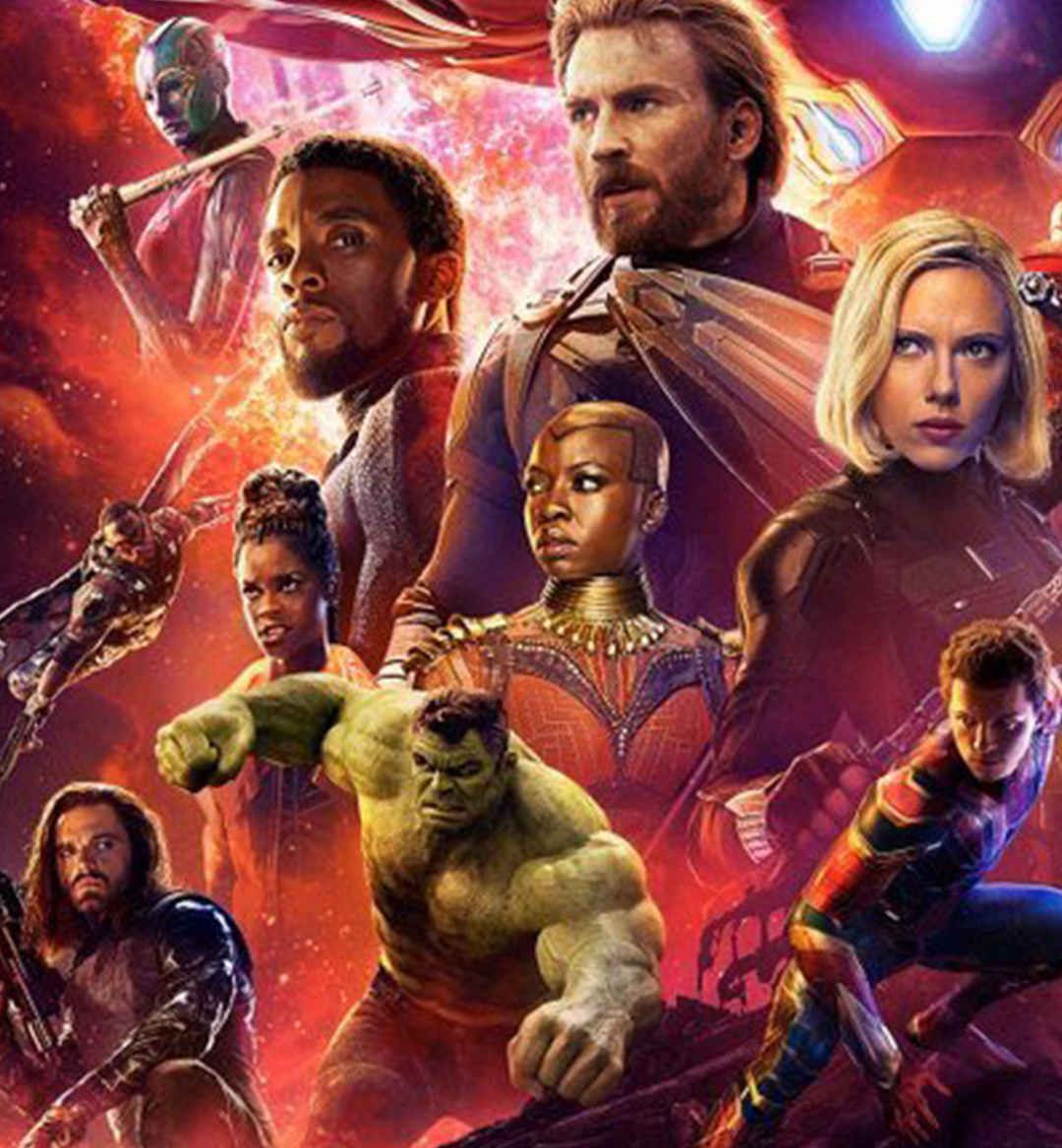 With Spider-Man: Far From Home bringing Phase Three of the Marvel Cinematic Universe to a close, fans are now looking ahead to what the future holds for their favorite heroes. Marvel Studios’ recent announcements at San Diego Comic-Con about Phase Four paint a much more diverse picture than the previous decade’s worth of storytelling, introducing LGBTQ representation and a greater focus on female characters. Here’s how the MCU has become more inclusive over the past 11 years. 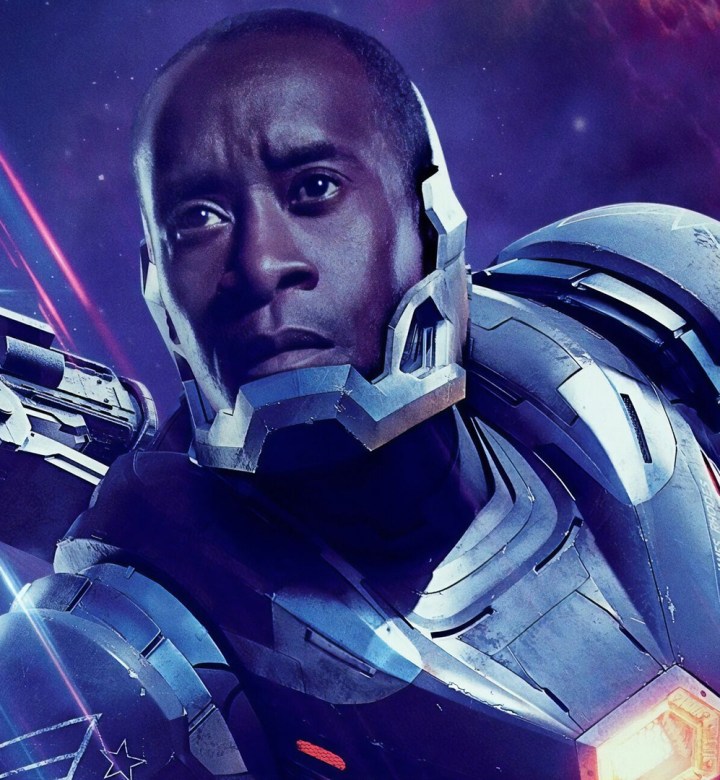 Robert Downey Jr. was the first of many white men to take the lead role in an MCU movie, but it’s worth noting that 2008’s Iron Man also introduced James “Rhodey” Rhodes, later known as War Machine (pictured). Originally played by Terrence Howard, then by Don Cheadle, Rhodey is the only African American character who is present in the MCU from the very beginning. He becomes a full-fledged Avenger in 2015’s Age of Ultron, and he is one of the survivors of The Snap who eventually helps pull off the Time Heist in Avengers: Endgame. 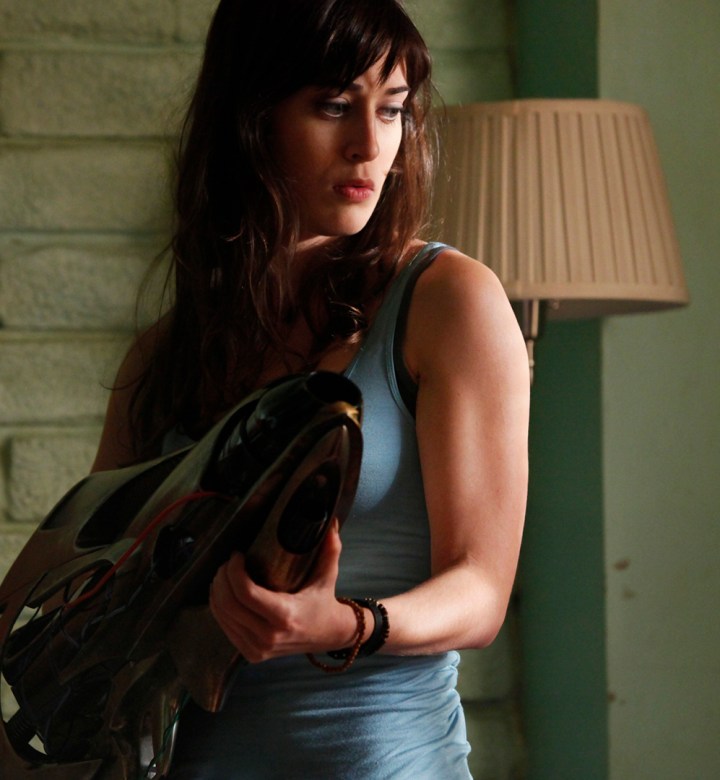 They’ve become little more than a footnote in Marvel Studios history now, but fans used to look forward to Marvel One-Shots, the short films that accompanied the home media release of the movies. In 2012’s Item 47, Lizzy Caplan plays Claire Wise, a woman who steals a Chitauri weapon in the aftermath of the Battle of New York and, along with her boyfriend (Jesse Bradford), uses it to rob a bank. If we’re counting this bonus content as taking place within the official canon, Caplan’s top billing in the credits makes her the first woman in a leading role in the MCU. 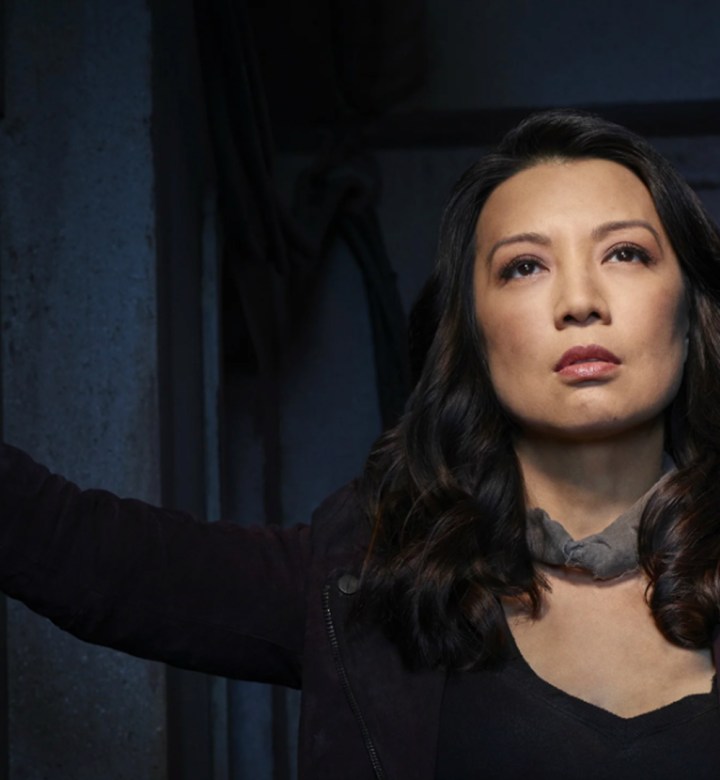 Ming-Na Wen as Melinda May. / Marvel/ABC 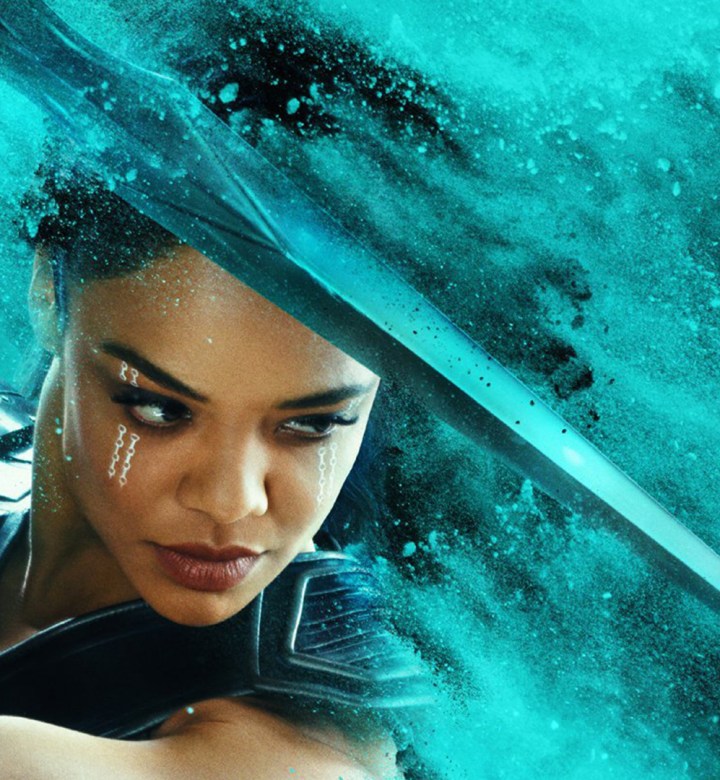 Some comics fans didn’t like the casting of multiracial actress Tessa Thompson as Valkyrie in Thor: Ragnarok, insisting that she should be depicted as a Nordic warrior princess like in the comics. Those complaints have died down after frans got to see the swagger and humor Thompson brings to the character. A deleted scene hints at Valkyrie being bisexual, and while it’s not in the final cut of the movie, the implication that she’s still mourning her lost lover sure does seem to inform the chemistry she shares with Thor, which is far more platonic than romantic. 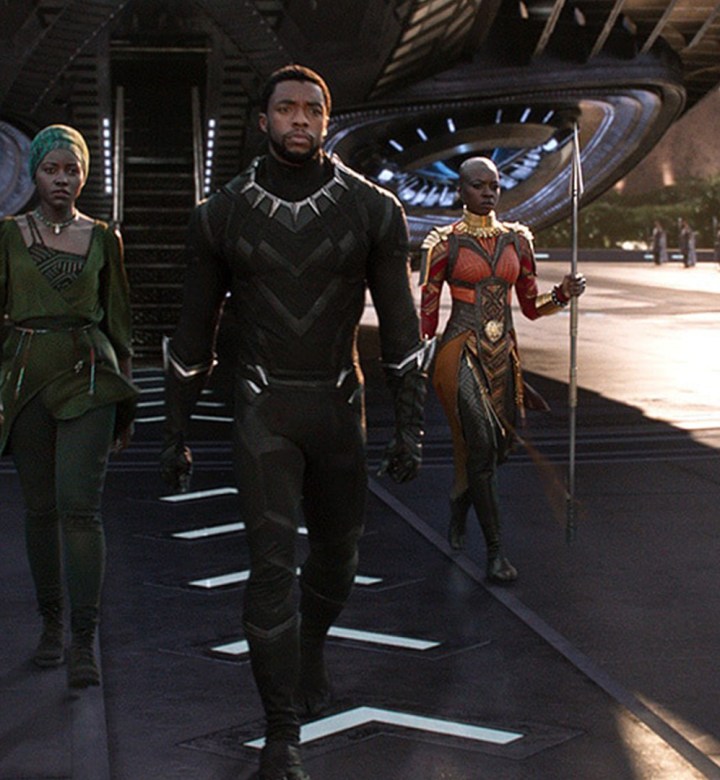 Black Panther was a game changer for Marvel. Not only did the movie pull audiences into to theaters in a way few other MCU titles had, but it also pushed the boundaries of what a Marvel movie could accomplish. Through Ryan Coogler’s direction and the world-building that went into Wakanda (including Ruth E. Carter’s Oscar-winning costume design), Black Panther—fronted by Chadwick Boseman in the titular role—tells a superhero story that acknowledges and validates the African diaspora while also exploring the legacy of colonialism. Not only that, but by stacking its cast with incredible actresses such as Lupita Nyong’o, Angela Bassett, Letitia Wright and Danai Gurira, Black Panther set a high bar for the multifaceted ways in which black women can be portrayed.

That year also saw the release of Ant-Man and the Wasp, which is notable for being the first MCU film to include a female superhero in the title of the film—in this case Evangeline Lilly’s Hope Van Dyne, aka the Wasp. Ant-Man and the Wasp also features Hannah John-Kamen as Ghost, who is the MCU’s second female villain, after Cate Blanchett’s Hela in Ragnarok. 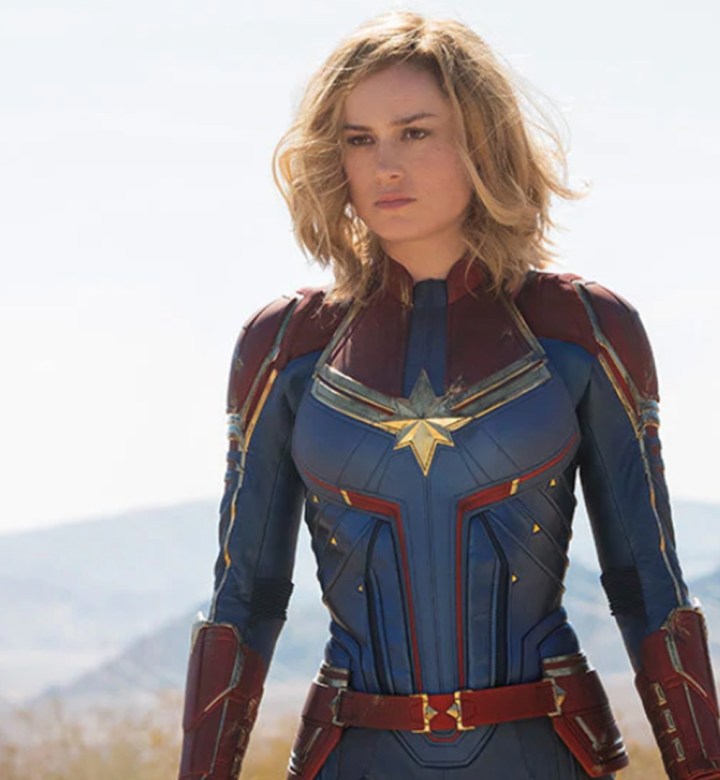 Flying onto screens in between Infinity War and Endgame, Captain Marvel enjoyed the most successful box office of any superhero movie with a female lead. At the time, this was also the sixth-biggest opening weekend in cinematic history and the second-biggest comic-book movie opening after Infinity War. 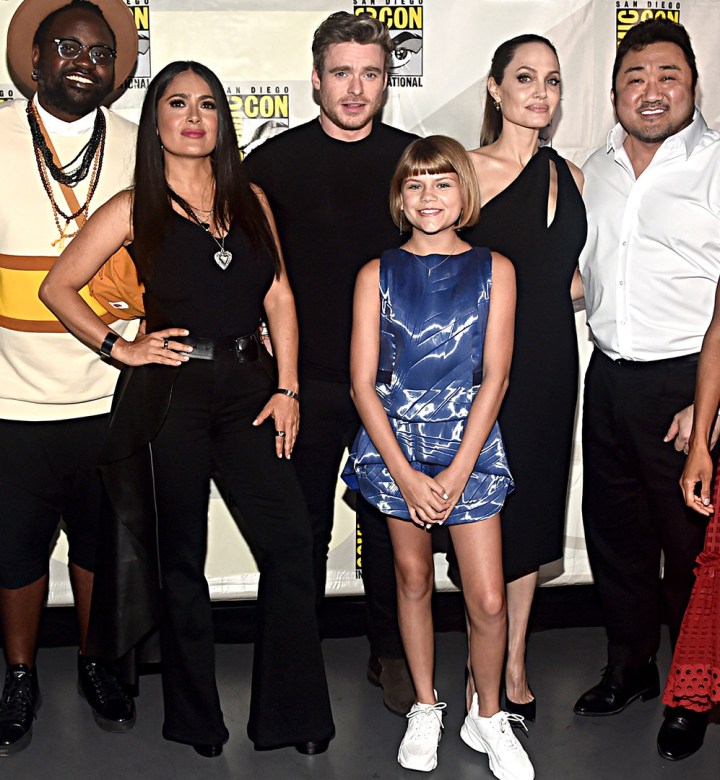 At SDCC 2019, Marvel Studios confirmed 2020 will see the release of a new tentpole team, The Eternals, following the adventures of a group of millennia-old superbeings. The cast includes Lauren Ridloff as Makkari, marking the first time a deaf actor will play a deaf character in the MCU. “This movie will allow those who have never felt represented in movies, in this case superheroes, to be represented. I love my diverse family,” said Salma Hayek, who has been cast as Ajak. It is also widely reported, though not officially confirmed, that Richard Madden’s character, Ikaris, will be openly gay in the movie. 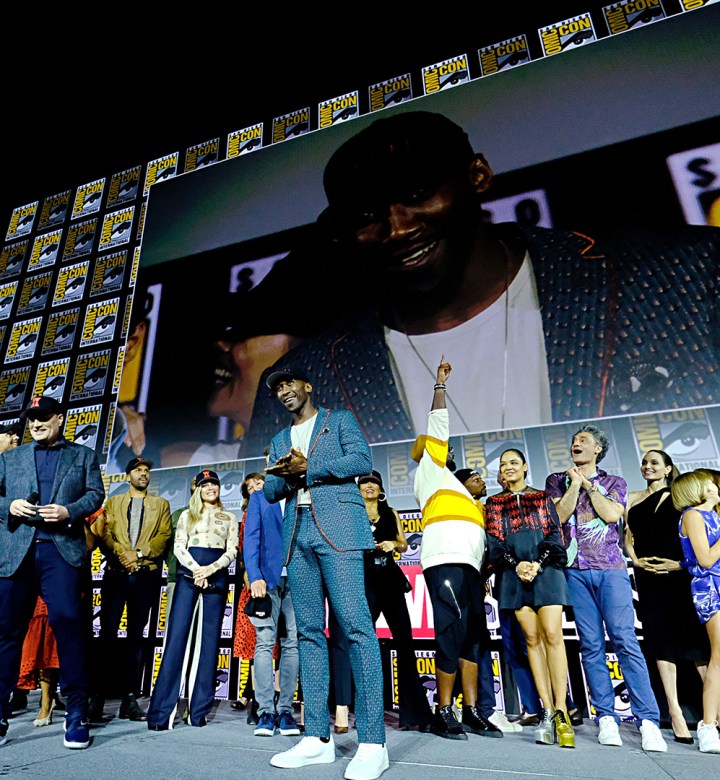 During Marvel’s SDCC 2019 panel, director Taika Waititi introduced the next actor to play Thor in the MCU: Natalie Portman. Portman plays love interest Jane Foster in the first two Thor movies. In the upcoming sequel Thor: Love and Thunder, based on a 2014 storyline from the comics, Jane will take on the title and powers of Thor by wielding his hammer Mjolnir, thus becoming the “goddess of thunder.”

2021 will also see the first Asian-led adventure in the MCU, with the release of Shang-Chi and the Legend of the Ten Rings, starring Simu Liu and Awkwafina. Popularly known as the “Master of Kung Fu,” Shang-Chi originated as the son of fictional villain Fu Manchu in the comics before later being recruited by Iron Man and Captain America to join the Avengers. It’s possible that, with the existing Avengers lineup more or less disbanded after the events of Endgame, Shang-Chi will go on to form part of a second-generation in later phases.

Another addition to the MCU is the upcoming reboot of the Blade franchise, with two-time Oscar winner Mahershala Ali filling Wesley Snipes’s shoes as the day-walking human/vampire hybrid. The continuity of Blade, Blade II and Blade: Trinity will be erased (because Ryan Reynolds is already in too many comic-book universes) so that vampires can be newly introduced into the MCU mythology. Ali will be the second black actor, after Boseman from Black Panther, to star in the lead role in a Marvel movie.

Read Next: Everything We Know About the MCU’s Future After Comic-Con 2019