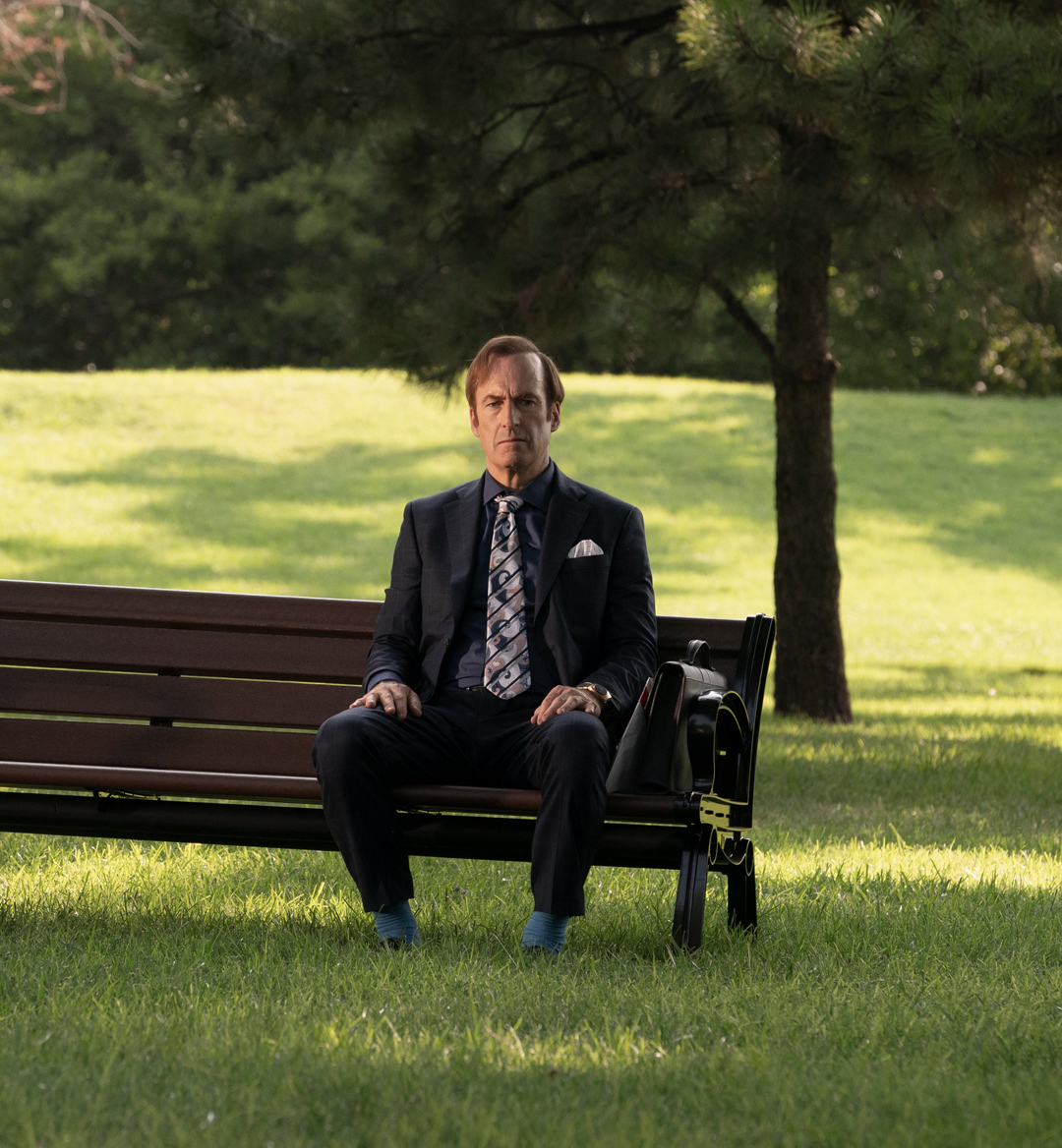 For much of this season of Better Call Saul, there was something major brewing beneath the surface of everything else. There would be a point where all, or at least a few of the various storylines would collide in a major and likely violent way. And on the mid-season finale, "Plan and Execution," we definitely got that.

The world of Breaking Bad and Better Call Saul often leads our characters to tragic outcomes, intentional or not, and "Plan and Execution" is the latest in a long line of tragedies.

I Get Anxious When A Plan Comes Together 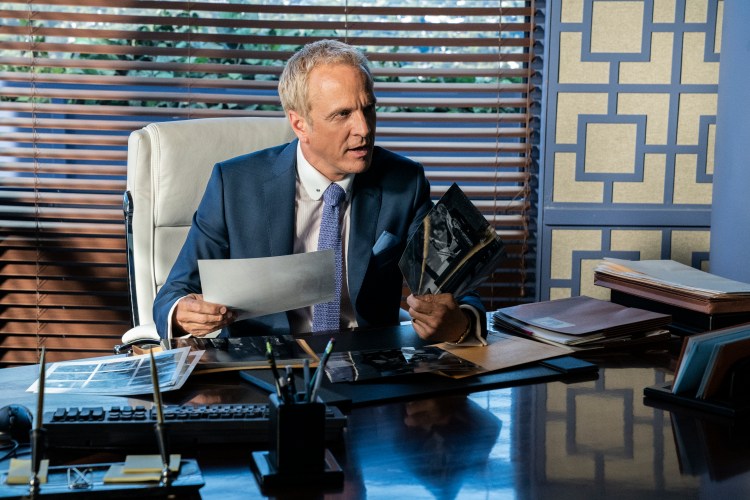 We've heard about the plan for weeks now, but Jimmy and Kim's elaborate strategy to take down Howard is finally in motion. They were out to ruin his professional life and went to extreme lengths to do so.

As we learned last week, the mediator overseeing the negotiations for the Sandpiper case had broken his arm, forcing Jimmy to attempt to fix the issue last minute. Jimmy had put someone else into a disguise and made it seem like he was paying off the mediator, knowing that Howard's private investigator was watching him.

How did he know? Well, Howard's P.I. had, naturally, been working with Jimmy the whole time.

After enlisting the services of his film crew, Jimmy wrangles his impersonator and, with Kim's help, manages to get photos of the mediator accepting a bribe. They manage to get these photos developed quickly, and Jimmy hands them to the private detective, who then heads to Howard's office.

Howard's been preparing for the Sandpiper mediation but meets with the detective before the meeting begins. He's shown all the photos and thinks he's caught Jimmy with his hand in the cookie jar.

The meeting begins, and the real mediator (who Howard thinks is Jimmy's partner) breaks down what will happen next. By this point, Howard had also been slipped the drug that Jimmy and Kim had gotten from the veterinarian, dilating his pupils and causing him to act erratically.

He accuses the mediator of accepting the bribe and being corrupt, saying he has the evidence to prove his wrongdoing. After asking his assistant to get the photos, he brings them out only to discover that they are entirely different from the ones he saw before. In these photos, Jimmy is on the bench in the park interacting with a guy playing frisbee.

As far as Cliff Main, the mediator, Rich Schweikart, and the other people in the room are concerned, Howard has lost it. While Howard and Cliff Main had planned for the negotiations to continue for years, they now seem to be forced to accept Sandpiper's lower settlement due to Howard's behavior in the meeting.

Cliff goes to Howard's office and attempts to figure out what the hell just happened. In a manic state, Howard explains what he thinks Jimmy has done and, despite appearing crazy, is correct about everything.

Jimmy hired the private detective; Jimmy had drugged Howard; the photos were doctored, etc. This sounds like an impossibility to an outsider, but to Howard and us, it's all true.

Jimmy and Kim have been on the call the whole time (thanks to the access code they got last week) and gleefully listen as Howard completely unravels. As the meeting wraps up, things have fallen apart for the HHM case. While Cliff Main attempts to soften the blow for the other clients, we cut to Jimmy and Kim, who are already hooking up on the couch, satisfied that the plan has worked out perfectly. 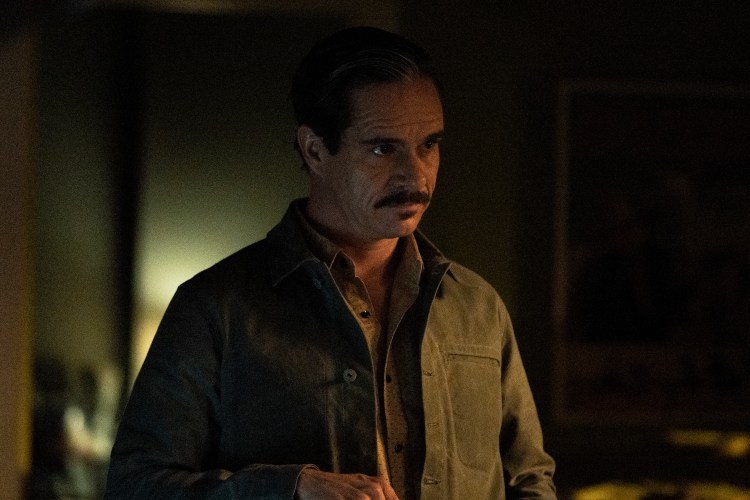 The beginning of the episode follows Lalo back in New Mexico after his sojourn overseas. He climbs out of a sewer, gets in his car, and drives to a truck stop, where he takes a shower and then gets a quick nap in.

After that, he immediately heads back to the sewer and, as we discover, is on a stakeout. What's he spying on? Well, the old familiar laundromat, as he has learned what Gus has been constructing underneath it.

Psychopathy aside, you can't say that Lalo isn't dedicated to his craft. He's been down there for four days, he eventually says, sitting in the dark, waiting for Gus to make a mistake.

He sees Mike and his guys walking around the laundromat (incredibly conspicuously, I might add, considering they're dressed all in black in the middle of the day.) Lalo records a video for Don Eladio, looking to explain what exactly he's been up to since the assassination attempt. He documents everything happening outside of the laundromat, including that Gus is making the superlab as the man in Germany revealed to him. He says that he will go into the laundromat, kill everyone and get the proof.

Lalo then calls Casa Tranquilo to let Hector know his plan, but right before he speaks with him, Lalo hears a clicking noise and hangs up.

The line has been bugged; Gus is one step ahead of him and knows that Lalo will try and make contact with Hector at some point. In a rare moment of rage, Lalo trashes some of his little encampment. Upon discovering this, Lalo adjusts on the fly and calls Hector to tell him what he's up to, lying to Hector to deceive Gus, who will eventually hear the message.

Gus is on a photo-op with a local charity he donates to when Mike shows up to let him know that Lalo is back in town and that he's heard the message Lalo left for Hector. So it seems that Gus and Mike, for all their preparedness, may fall right into Lalo's trap. 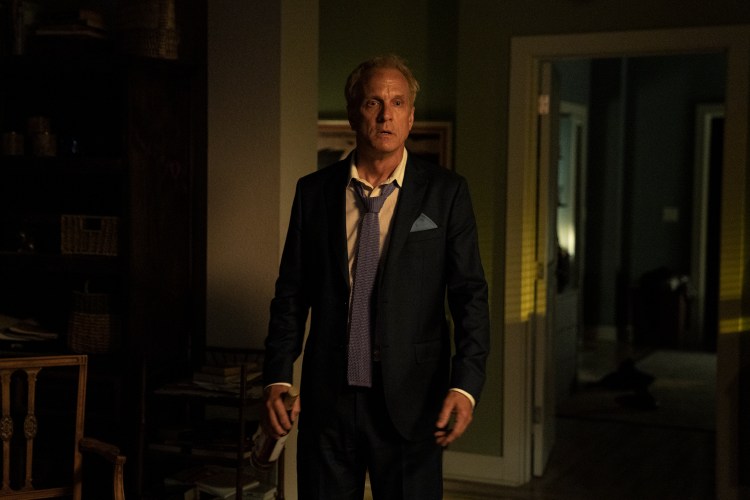 Jimmy and now Kim’s sins are many, and up until “Plan and Execution,” the collateral damage has been relatively small. Sure, there have been unfortunate casualties along the way, the residents of Sandpiper retirement home being among the most notable, but until now, they haven’t been violent.

After everything has gone wrong for him, Howard has fallen apart and shows up at Jimmy and Kim’s apartment, drunk with a fresh bottle of scotch, ready to say his piece. As he enters the room, the opening of the door causes a gust of wind to rush through the apartment, blowing on a nearby lit candle.

Howard gets his chance to finally unload on both of them, no longer holding back what he thinks about them.

He knew that Jimmy would always be stuck in his ways, scheming and plotting his way through life. However, Kim continues to surprise him, and he has finally realized one thing:

“You’re perfect for each other. You have a piece missing,” he says.

Kim is just as willing to do what she needs to in order to get what she wants, and Howard is finally made aware of it at his expense. Jimmy and Kim just want Howard to leave their apartment, but he refuses until he’s good and ready.

Howard cuts both of them down to size, even if they don’t seem to be totally bothered by it. If anything, they are silently ecstatic that they’ve gotten him to this point: Broken, embarrassed, and nearly hopeless.

Just as he says that he’s going to dedicate his life to ruin Jimmy and Kim the way they’ve ruined his, another gust of wind blows on the candle.

Someone else has entered the apartment. 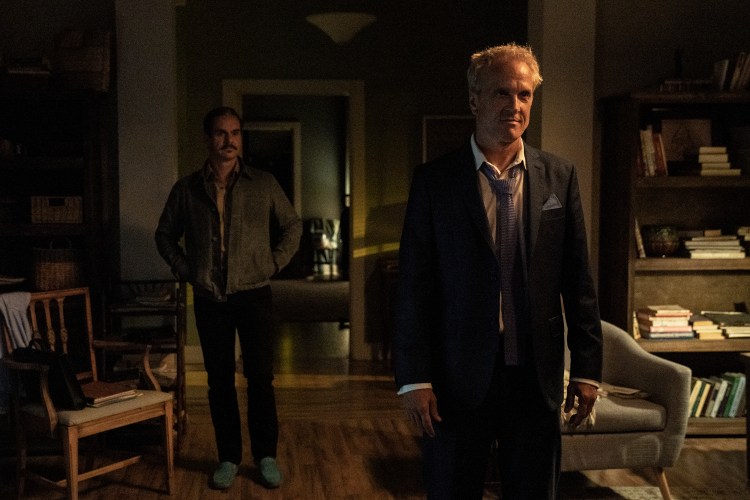 Tragedy strikes as Lalo walks into the room in all his silent, menacing glory. Jimmy, who up until that point had believed Lalo was dead, and Kim are understandably horrified.

Major credit goes to Bob Odenkirk and Rhea Seehorn for their performances here, as you can feel their sheer terror through the screen.

Kim attempts to get Howard to leave, pleading with him just to walk out. Lalo simply says, "I just want to talk with my lawyers," to which Howard responds, "I suggest you get better lawyers." He doesn't know how dangerous this man is until Lalo pulls a pistol out of his pocket. He begins to attach a silencer, and it is only now that Howard realizes the danger everyone is in.

He begins to try and leave, but Howard's fate was sealed the second Lalo walked into the room. Without mercy, Lalo shoots Howard in the head, sending his body crumbling to the floor.

As Jimmy and Kim scream in fear, Lalo ends the episode by saying, "Okay, let's talk." 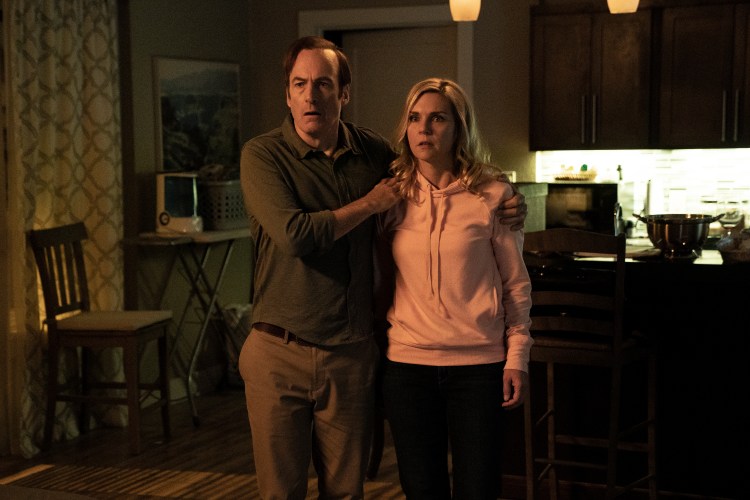 Howard Hamlin's story coming to an end the way it did is eerily similar to Drew Sharp in Breaking Bad. They both found themselves in the wrong place at the wrong time, suffering for other people's mistakes.

Despite being one of Jimmy's constant foes throughout the show, it was hard not to feel for him much of the time. He might have been a smug, condescending know-it-all, but did he deserve what Jimmy and Kim were doing to him? Did he deserve his fate?

They didn't want to end Howard's life, he's done many things, but he shouldn't die for his mistakes. Too often, people look toward the future without taking stock of the present, as Jimmy and Kim certainly did. While they could have never anticipated Lalo showing up at their apartment and killing Howard, who's to say that their scheme wouldn't have resulted in his death anyway?

It's a tragic end for a character who has been around since the start and someone whose death will play a significant part in the birth of Saul Goodman.

The last six episodes of Better Call Saul premiere on July 11th, and we will all be holding our collective breaths until then.