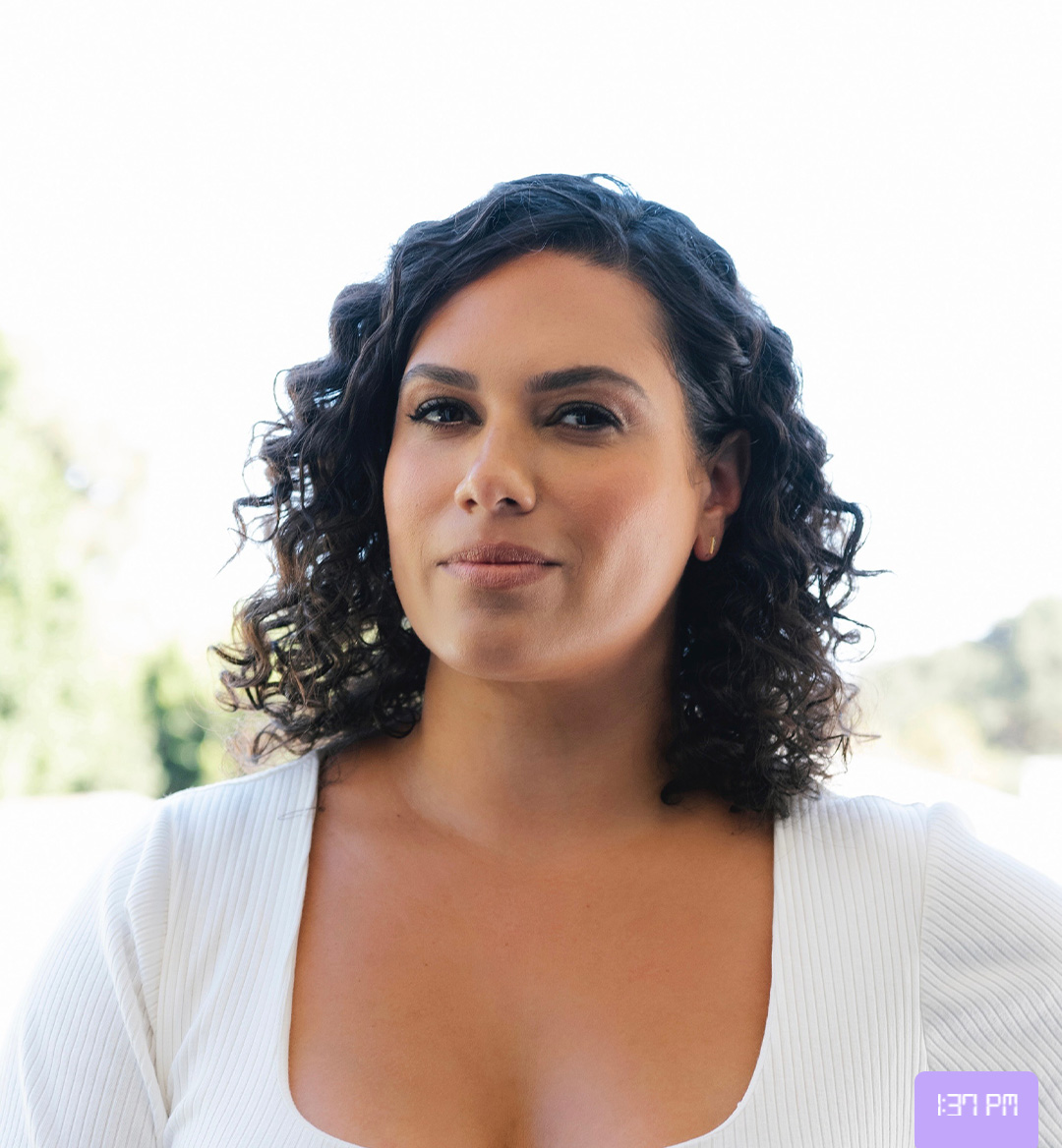 We all get things stuck in our heads. It could be a song, a quote, or a random word that won’t stop repeating, like “onomatopoeia” (actually, that’s probably just a Me Problem). Since the first episode of Dead to Me’s second season aired in May of 2020, it was a very specific quote for me: “Jesus Christ, Karen, you snuck up on me like f***ing Prius.” And the person responsible for that line that has so gloriously plagued my brain ever since? Screenwriter Celeste Hughey.

Screenwriters have an interesting sort of responsibility on their hands, and a hefty one at that. It’s nothing too crazy or anything, they just have to, you know, write entire TV shows so that people like you and me can sit down and watch them.

It turns out that that very line above was actually part of a spec sample script that Hughey had written prior to being brought onto the Dead to Me team. After submitting it the show's creator and showrunner, Liz Feldman, asked Hughey if she could include it in the first episode because it was just that good. 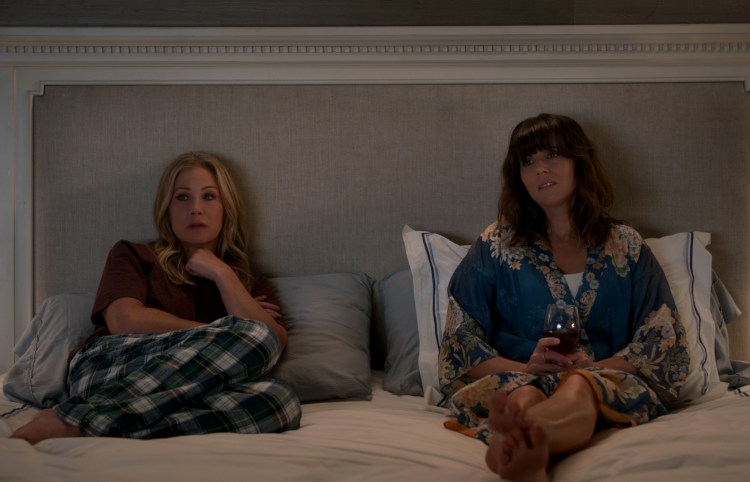 High Fidelity and Dead to Me are two shows that don’t come around often—they grab you by the neck and don’t seem to let go (though in the most comforting and kind way possible). The one thing that these two series have in common: Hughey. Not only was I meeting an extremely talented writer, but I was also getting to know the very first person named Celeste that I’ve ever met in my entire life. The only Celeste I’ve ever known up until this point is the darting owl that shows up from time to time in Animal Crossing to let you know that a meteor shower is occurring.

Screenwriting wasn't immediately at the forefront of Hughey's mind as she was making her way out into the world; she actually was working at NBC in New York City, but later decided to head off to Los Angeles to work at Maker Studios, a digital media company for YouTube creators. It was there that she realized her real love was writing, and later on, at a Fourth of July barbecue, that dream was realized with the tap of a shoulder. After talking with her friend, Eric, about how she wanted to pursue writing, he introduced her to the woman who would later become her manager.

"When I was trying to figure things out, I often didn't have the confidence to talk about my goals in social situations," Hughey said. "I was hard on myself and insecure about being another aspiring writer in LA. But as soon as I owned it, pushed through my insecurities, and verbalized what I wanted, it came back to me."

As she made her way onto the scene, Hughey joined Dead to Me for its second season. It already had established characters with specific voices, which is much different to write for as opposed to coming onto a show with a fresh set of characters to mold.

"It's kind of hard to verbalize: obviously I was able to watch the show, read the scripts, and get an ear for what they sounded like—it's a little bit of trial and error," Hughey said. "It's a very collaborative process in the writer's room, so everyone can add to it, add jokes, and hone the tone. For some reason, Jen (Christina Applegate) came really easily to me with her punchiness, while Judy (Linda Cardellini) was harder for me. I wrote a lot of the Christopher (Max Jenkins) stuff—I, for some reason, have a very unique talent at writing gay men. You kind of learn your way with trial and error, but you get there."

The episode that Hughey is directly credited with writing on Dead to Me is titled "You Don't Have To," which features a major plot twist at the end. On top of that, it's right when Judy is starting a new relationship with Michelle (Natalie Morales), whom she met at her job.

"People reached out to me after that episode, because Judy was entering a lesbian relationship and we didn't want it to be a big deal—we wanted it to just feel natural, appropriate for the character, and not have Jen make a big deal out of it," Hughey said. "I was really proud of how it turned out and how people responded to it. It was a special episode—I feel honored that I got to tell that story." 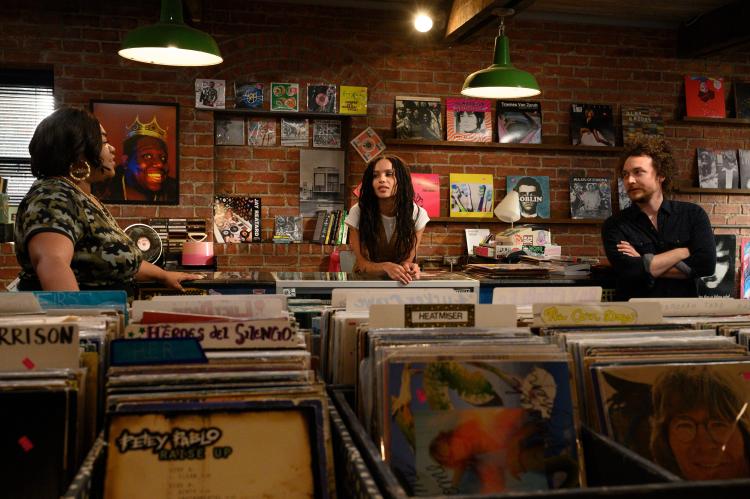 High Fidelity was a bit of a different experience than Dead to Me, as it was the show's first (and, unfortunately, only) season, yet it was already based on the book and movie of the same name. While the characters were already established in that sense, the roles were being switched up in this iteration, as the role of Rob was transformed into a woman (Zoë Kravitz) instead of a man, as well as with other roles making this similar switch. Hughey is credited with the episode, "Weird...But Warm," which focuses more so on Cherise (Da'Vine Joy Randolph) and her friendship with Rob.

"We wanted the Rob and Cherise story to be the love story of that episode—it became about them forming their friendship," Hughey said. "That last scene with them sitting outside the pizza parlor turned out to be the love story. Those are parts that weren't in the book or the movie, so we were trying to delve a little deeper into those secondary characters and see what their life is outside of the store—we know everything about Rob, so it was going into their lives and finding out what their passions were, what they wanted, and what they loved."

And her favorite parts of screenwriting as a whole?

"I mean, I always joke like, 'I get to make sh*t up for a living,' which is the greatest thing in the world," Hughey said. "But I've also been very fortunate that every writer's room I've been in, I've walked away with some incredible friends—just to be able to sit in rooms with brilliant minds who are nerdy, smart, well-read, and funny; I get to spend these days just watching their brilliance in action and learning from them. Writer's rooms aren't the only thing I do—developing shows and being able to come up with an idea and try to grow it into something is so fun. Every day, I'm like, 'I can't believe I get to do this.'"

Hughey helped write the highly-anticipated third and final season of Dead to Me and is currently working on the upcoming AppleTV+ series, Mrs. American Pie, which will star Kristen Wiig and Laura Dern.