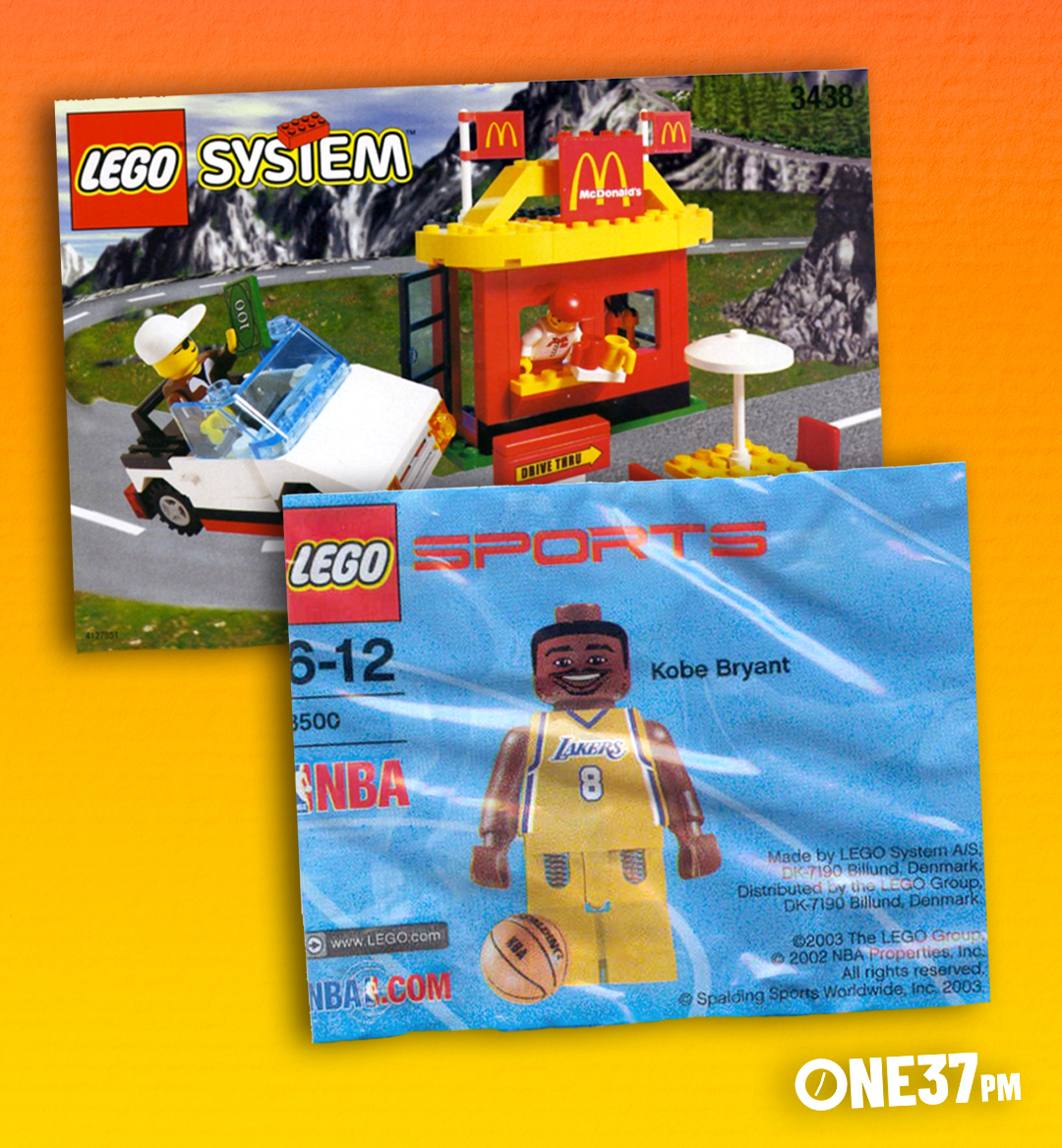 We’ve done the best sets of all time, we’ve done rare minifigures, but it’s time to introduce you to some sets you may have never even heard of. These are the wackiest, most niche and strangest sets the minds behind LEGO have ever released, from comprehensive NBA creations to renditions of fast food chains. Enjoy. 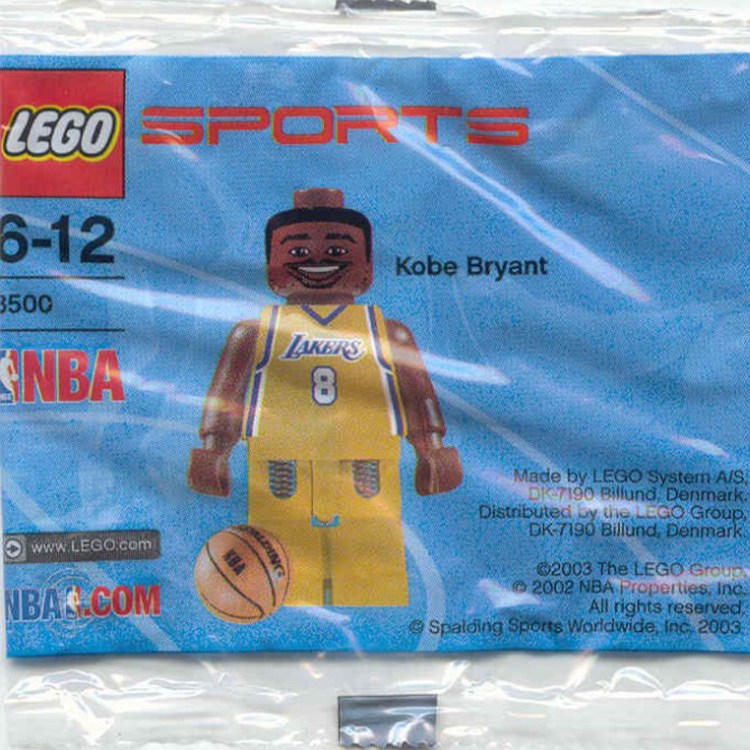 Some of the sets were actual basketball playsets, where you could us a special spring loaded piece to make the minifigures pick up a ball and fire it into a LEGO basketball hoop. Other sets were more like “starter packs,” containing three figures each as well as a stand and a trading card for each figure. All LEGO basketball minifigures had a unique spring feature built into the figures’ legs in order to allow them to “shoot” the basketball! 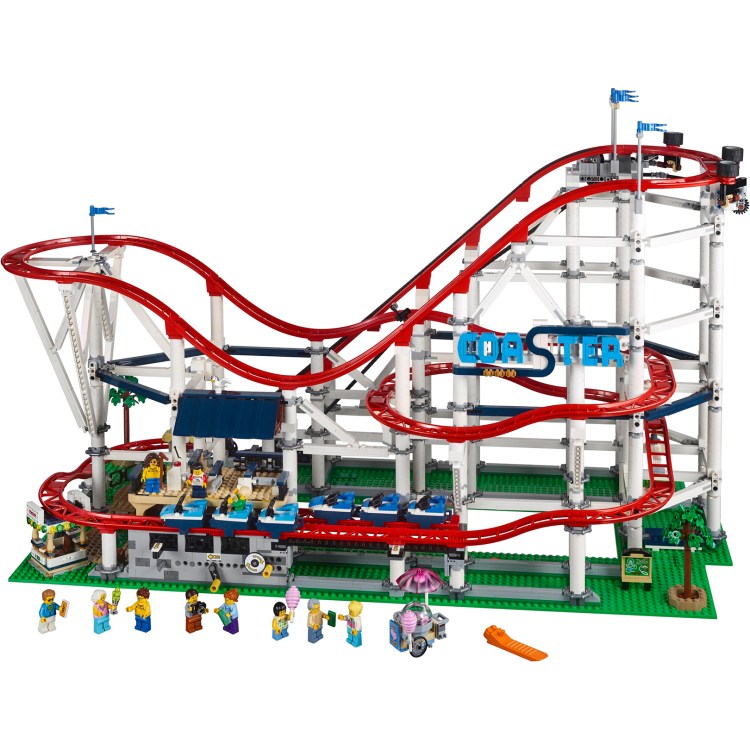 Released in the summer of 2018, the LEGO Creator Expert Roller Coaster is a set that has left LEGO fans floored ever since. This set contains over 4,100 pieces, stands over 19 inches tall, and if that wasn’t cool enough for you… IT ACTUALLY WORKS! There is a motor built under the load-in area that shoots the roller coaster up and around the thrilling course, just like a real roller coaster would. This set retails for $379.99 and is still available, but given that this summer will mark three years of its lifespan, it likely won't be available much longer. 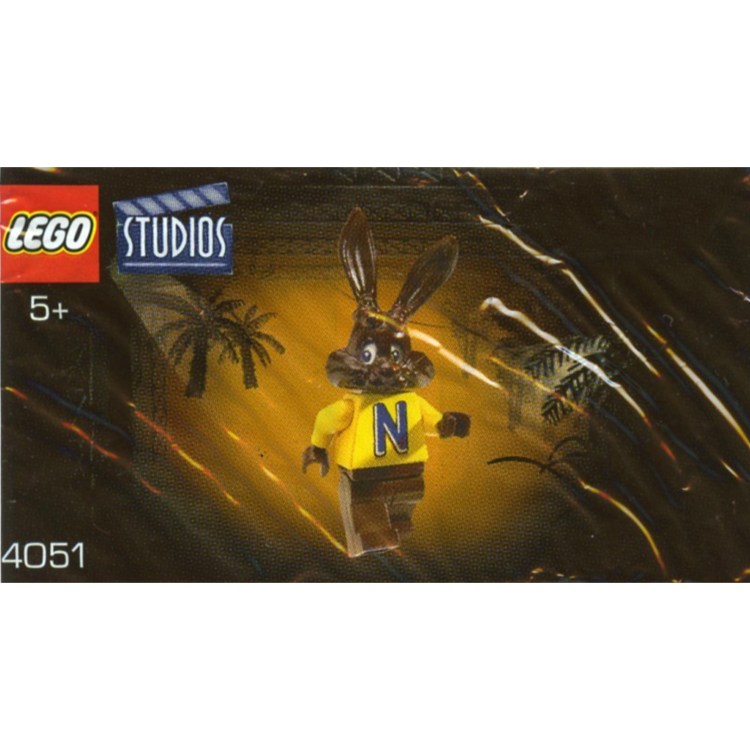 One of the most popular LEGO themes of the early 2000s was the LEGO Studios theme, which featured an entire line of sets devoted to Hollywood movies and stunt productions. While most of the sets for this theme were generic, there were a few tie-ins, such as two sets from Jurassic Park III and, oddly enough, the Nesquik Bunny! The Nesquik Bunny was a promotional item that came in its own plastic baggie (called a “polybag”) and is thought to have only been available in Germany for a limited time in 2001. He’s rare, but not as expensive as you might expect, going for around $50-70 today. 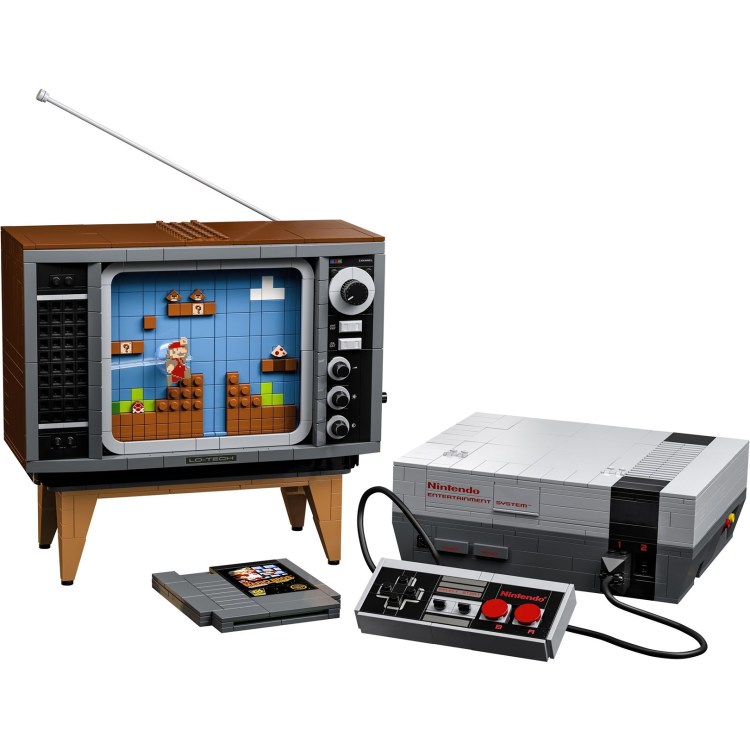 Fans of LEGO often intersect with other circles of geek culture, so when LEGO and Nintendo officially partnered for the first time in 2020, many builders and video game fans alike lost their minds at the announcement of the LEGO NES set. Coming in at $229.99, this 2,600 piece set recreates the classic Super Mario game on a retro-style TV. If that isn’t cool enough, the TV has a crank which, when moved, allows a LEGO Mario to “jump” along the course displayed on the brick-built screen. This is a must-have for LEGO fans and video game fans, and it might’ve slipped past your radar with all of the other news from 2020. 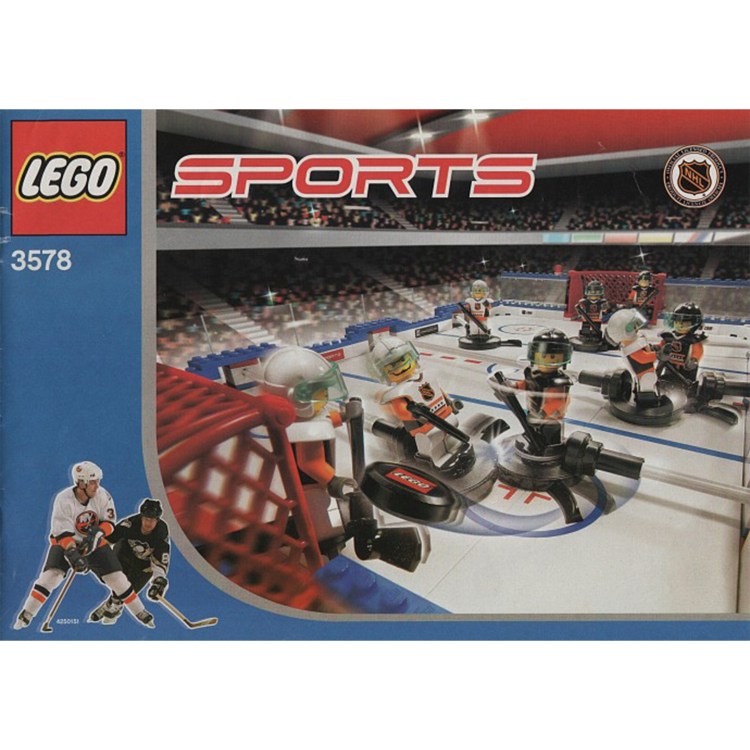 While LEGO NBA had an entire line devoted to it from the LEGO Sports theme, the NHL had just a handful of hockey-focused sets and is usually forgotten about because of the low volume. While most of the NHL sets were pretty ugly looking, the 2004 LEGO NHL Championship Challenge set was an awesome minifigure-scale hockey rink that allowed players to move a LEGO hockey puck along the court and go for the big goal. This set will run you the upwards of $140-200 if you’re lucky enough to come across one today!

6. LEGO Ship in a Bottle 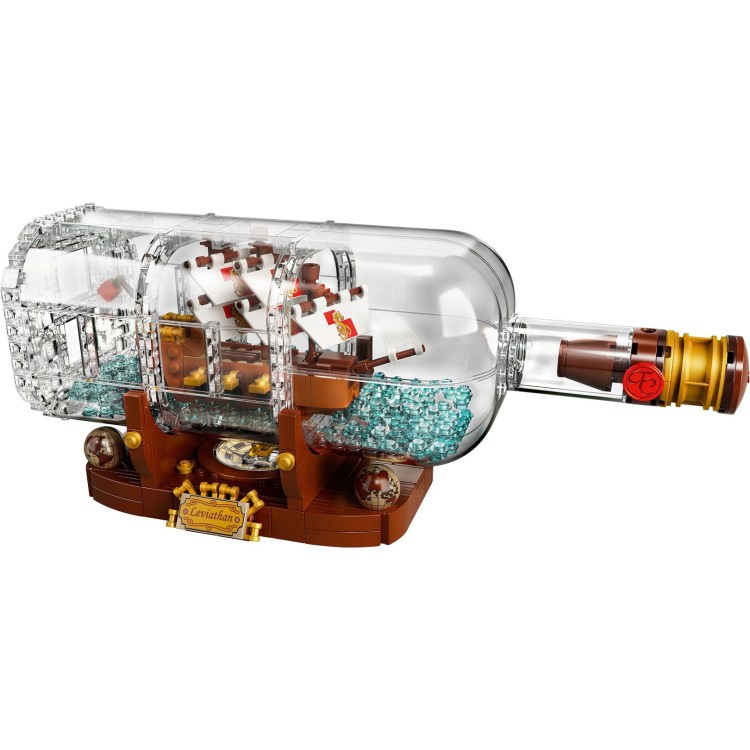 This set was released under the LEGO Ideas banner in 2018, which is a program where LEGO builders of any level can submit set ideas online. If their submission gets 10,000 supporters, LEGO will review their submission and consider creating it as a real LEGO set! The Ship in a Bottle set was submitted by LEGO Ideas user JakeSadovich77 and has remained a popular seller on store shelves ever since its debut. Since it doesn’t have a licensed theme attached to it, I feel like this set gets looked over all too often, and it is a worthy inclusion on this list. 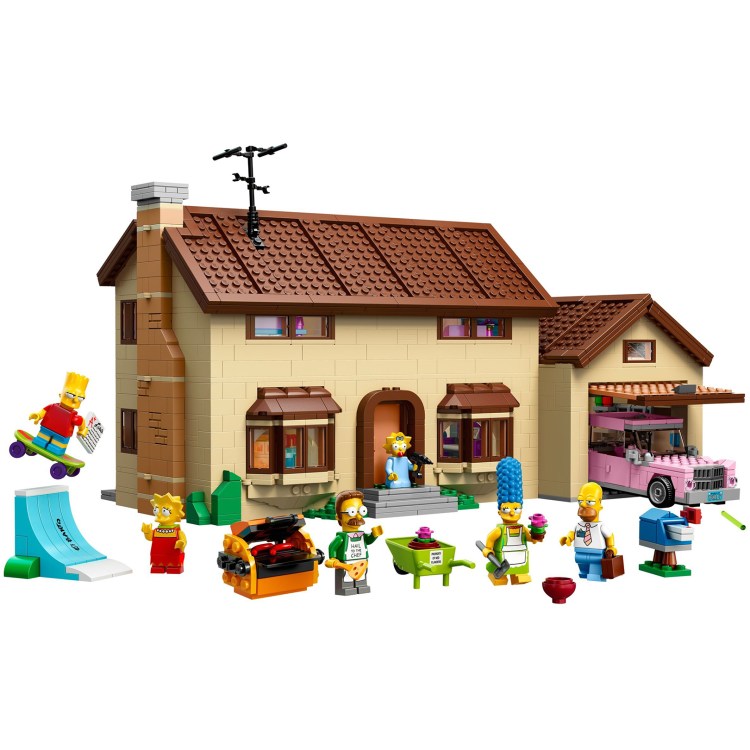 The Simpsons are one of the world’s most beloved cartoons, and with such an amazing legacy it should come as no surprise that the iconic family’s Springfield home was immortalized as a LEGO set in 2014. The house included every member of the Simpsons family—as well as Ned Flanders. The set featured faithful recreations of every room of the house on the inside, which was accessible thanks to the roof being removable and hinges being built into the sides of the house, which allowed it to be opened up, much like a doll house. This set has been retired for several years now, but undoubtedly it stands among the best that LEGO has ever offered. 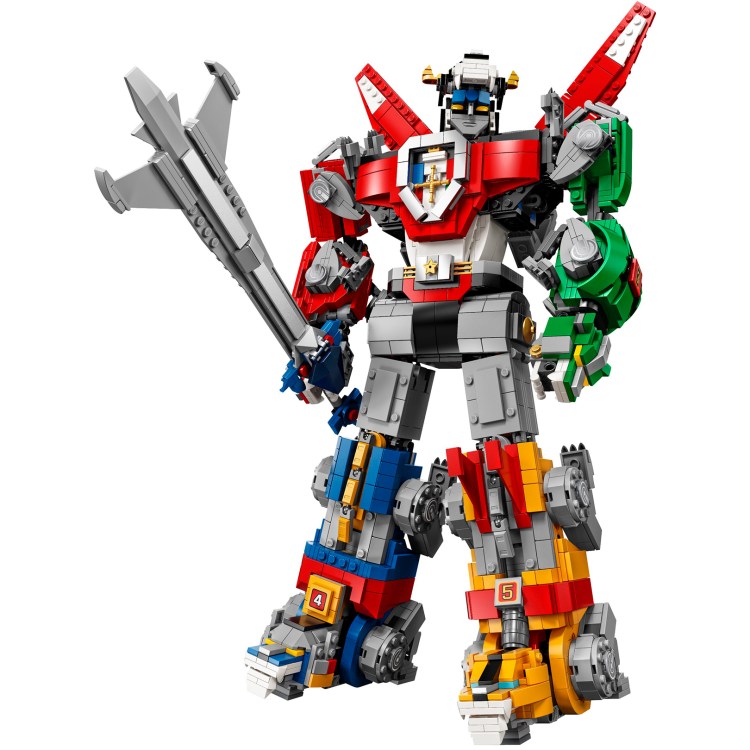 Every kid dreams about building a giant LEGO robot like Optimius Prime or Power Rangers’ Megazord at some point, but many builders’ dreams came true in 2018 with the LEGO Ideas Voltron release! This set had over 2300 pieces and commanded attention with its colorful design and nearly 19 inches of height. This behemoth is one that was only on store shelves for about 16 months, and considering it was sold out in most stores, it’s one that many people may have missed. 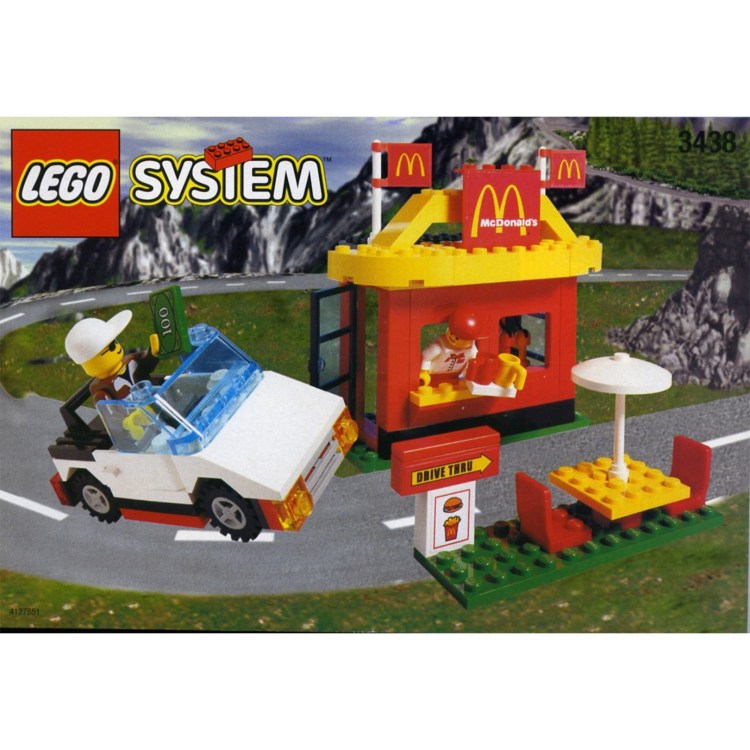 If you grew up in the 90s or early 2000s, I guarantee you had a LEGO McDonald’s toy at some point, but did you have the LEGO McDonalds SET? This set was available exclusively from LEGO (either in their stores, magazines, or online) and is forgotten by a lot of collectors. While it’s not a very complex set, it is an amazing nostalgia blast of what LEGO sets were like back in the late 90s when this was released. If this set doesn’t take you back to opening a Happy Meal in the backseat, I don’t know what will. 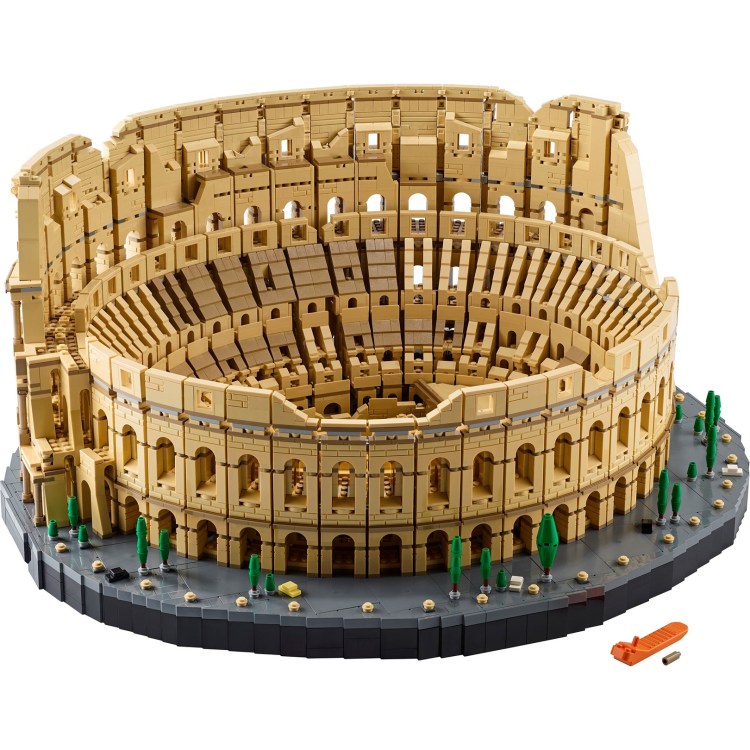 The LEGO Colosseum was released in late 2020 and holds the distinction of being the largest LEGO set ever sold! The set contains a whopping 9,036 pieces and measures in at over 10 inches tall, 20.5 inches wide, and nearly 24 inches deep. While the build is a little redundant and repetitive in color, there is no doubt that this is a show-stopper, even though it might’ve slipped past you in the craziness that 2020’s news cycle had to offer.