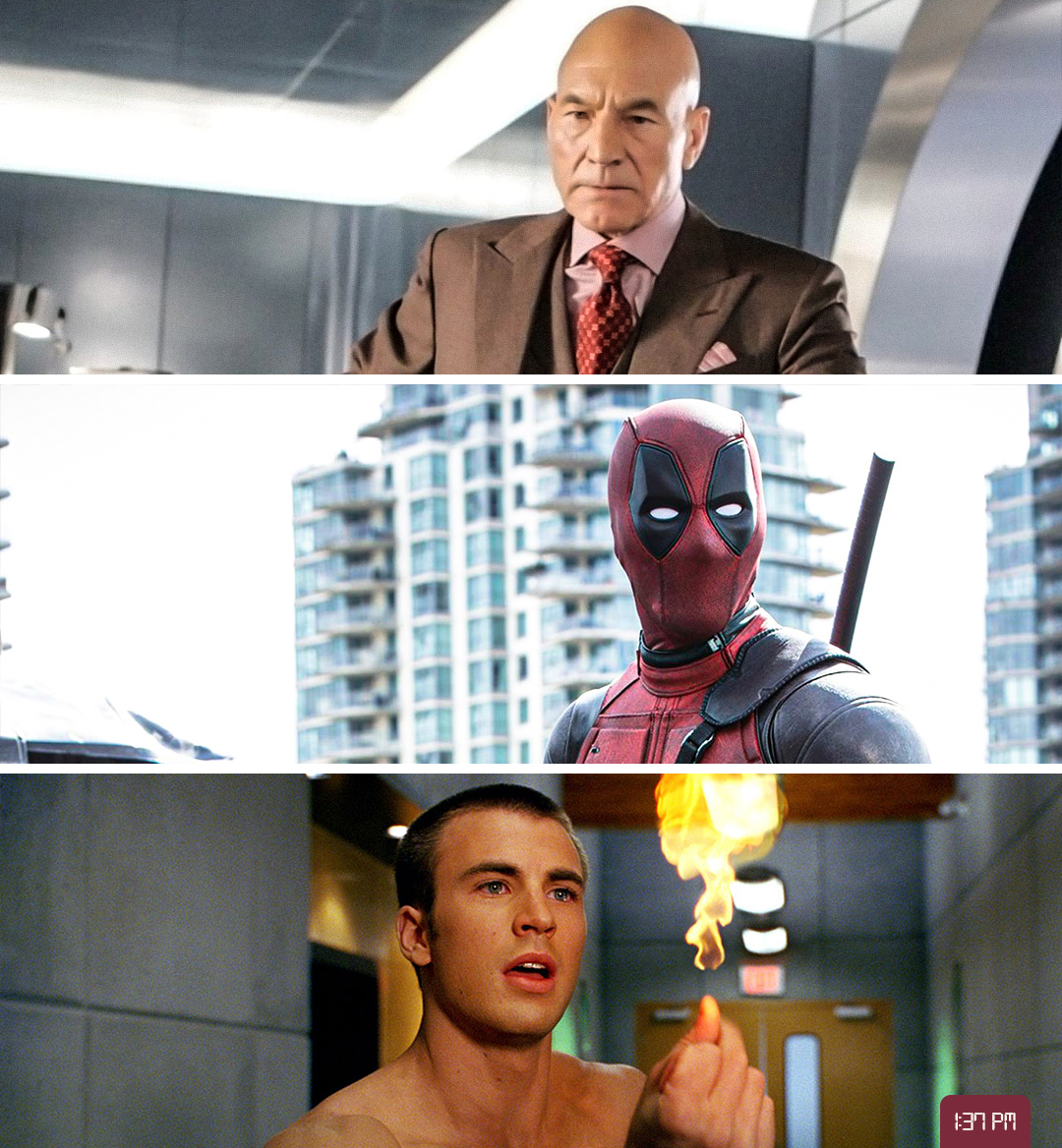 Ladies and gentlemen, we're now in the age of the cinematic superhero multiverse!

Marvel's recent big-screen epics and exclusive Disney+ streaming shows have basked in the concept by introducing viewers to shocking appearances from outside entities. Spider-Man: No Way Home really took the multiverse concept to heart by throwing the different Spidey's and their associated villains from Sam Raimi and Marc Webb's previous films. The best movie moments of 2021 can be attributed to witnessing Tom Holland fight alongside Tobey Maguire and Andrew Garfield to save the world in unison from multiverse threats.

It's clear that Marvel is going all-in on the multiverse going forward. And judging by the recent rumors surrounding Doctor Strange in the Multiverse of Madness, it sounds like we're due for even more insane cameos from Marvel films that took place before the MCU's boom period.

Join me and Conor as we nerd out over the eight cameos that would make us scream in our movie theatre seats while we watch the upcoming Doctor Strange sequel. 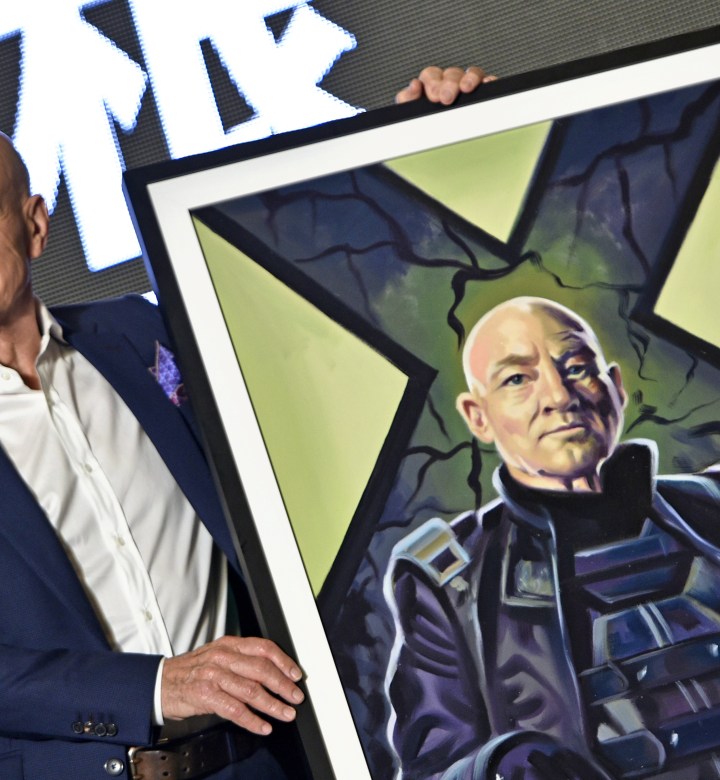 If you wanna talk about the greatest comic book movie castings of all time, Patrick Stewart as the beloved leader of the X-Men has to be top five. During his time spent in the original X-Men films, Patrick fully embodied the signature poise and high intelligence that comic book fans have come to associate with Professor X. I totally realize it's gonna be a while before we see the MCU incorporate its own big-screen rendition of Marvel's greatest mutants, but that doesn't mean it can't show some love to its 20th Century Fox predecessor. How cool would it be for Doctor Strange to interact with another comic book intellectual in an effort to get some advice on his current predicament? The simple image of Professor X's signature wheelchair wheel coming into the frame would floor me, fam! 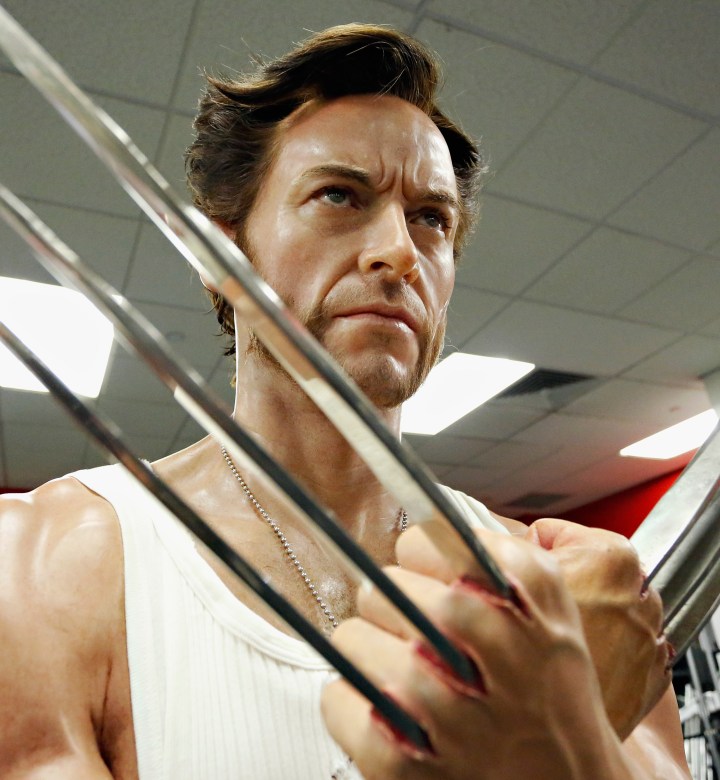 One of the greatest superhero performances of all time, Hugh Jackman as Wolverine had the perfect sendoff in Logan. Jackman had played the character for 17 years when he hung up his claws (a world record for superhero castings!) and has declared that his performance is retired, at least as far as starring and supporting roles go.

Given that Evan Peters' Quicksilver already made the jump to the MCU in Wandavision, whose to say Hugh Jackman's Wolverine couldn't do the same? Maybe it's just us being greedy and wanting to see him in action again but it sure would be a fun cameo, bub. 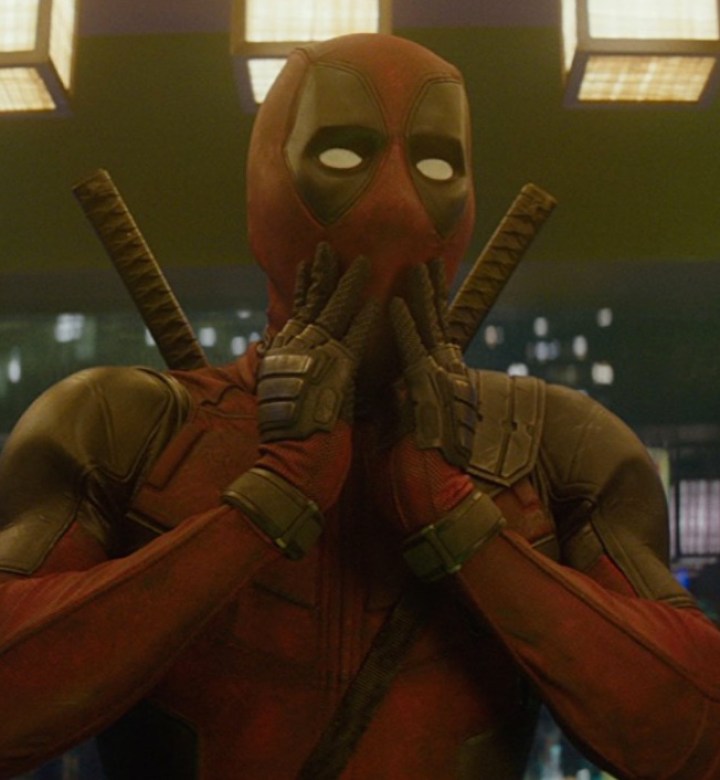 This cameo would be purely for shits and giggles. And I'd love it to be an extra post-credits scene to send the crowd home even happier. I can just envision a scenario where some random portal opens in an unknown location within the MCU. And out of that portal walks Ryan Reynold's Deadpool, who I'm sure will make some sort of dirty joke that alludes to him "entering big holes." It'd be even funnier if such a scene played right into the third Deadpool film as it follows the antihero feeling like a fish out of water within his new home within the MCU. 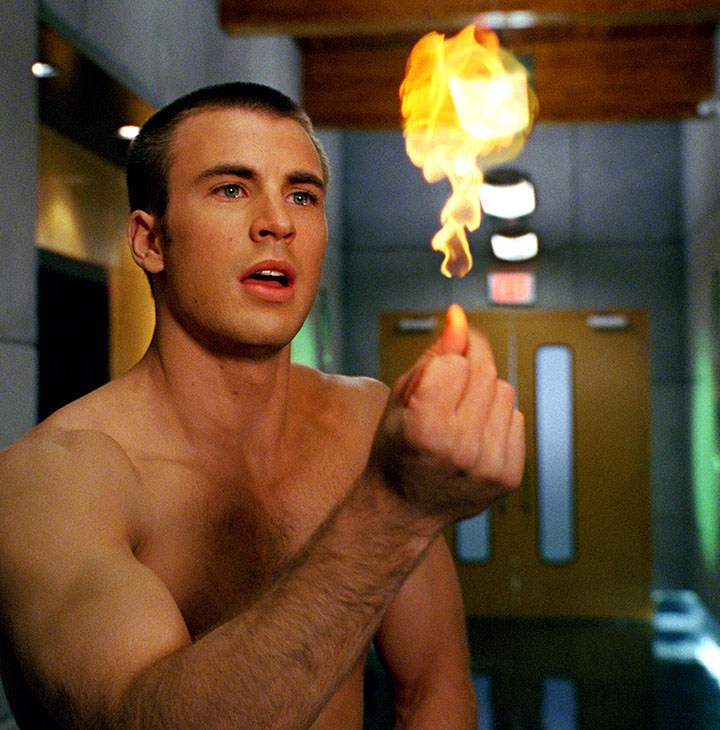 The MCU Captain America we've grown to know and love is no more. America's Super-Soldier and the big screen hero with the best butt in the game fought valiantly during "The Infinity Saga" and got the storybook ending everyone wanted him to receive. Even though that role for Chris Evans got its proper conclusion, there's a pre-MCU character that I'd pay good money to see him reprise for this Doctor Strange sequel. It'd be super hype to see Chris don the signature Fantastic Four costume once again and yell out "FLAME ON!" to make everyone drop some tears of nostalgia. I'm sure the MCU's insane CGI budget could make this moment happen. 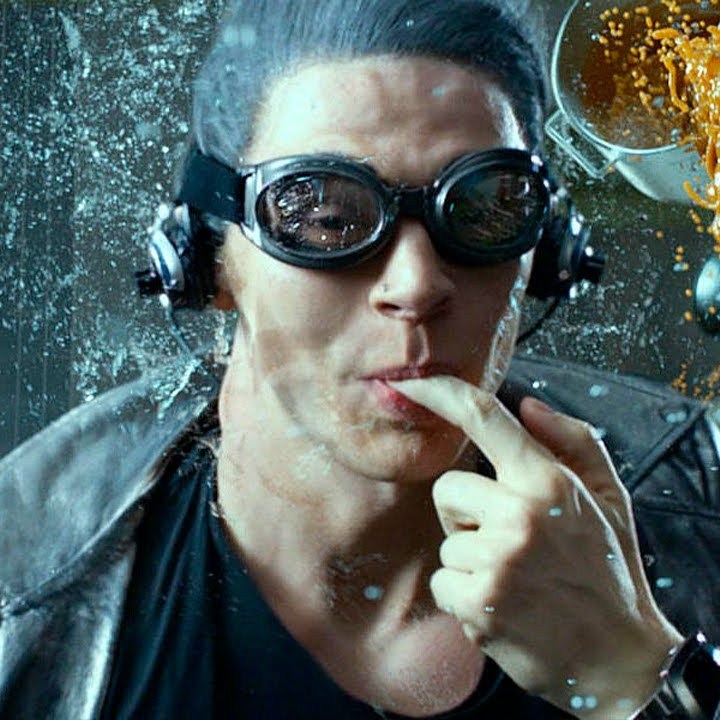 So here's the thing with me - I have a habit of watching the most iconic superhero movie sequences of all time once a month. I'm talkin' the final fight scene from Avengers: Endgame, Joker's meeting with Gotham City's most powerful gangsters in The Dark Knight, and Spider-Man vs. Electro during the closing moments of The Amazing Spider-Man 2 (yes, even that movie has some good in it!). Another incredible scene that I frequently go back to is Quicksilver's saving everyone during X-Men: Apocalypse.

Evan Peters is my favorite version of Quicksilver and it was so trippy watching him pop up in WandaVision. Since the Scarlet Widow will be a central part of Doctor Strange in the Multiverse of Madness, I'm expecting her to run into her twin sons at some point during her journey alongside the "Sorcerer Supreme." And I'm also expecting her to bump into her "brother" once again. But this time, I hope it's the one that's capable of breaking the speed limit with little to no effort. 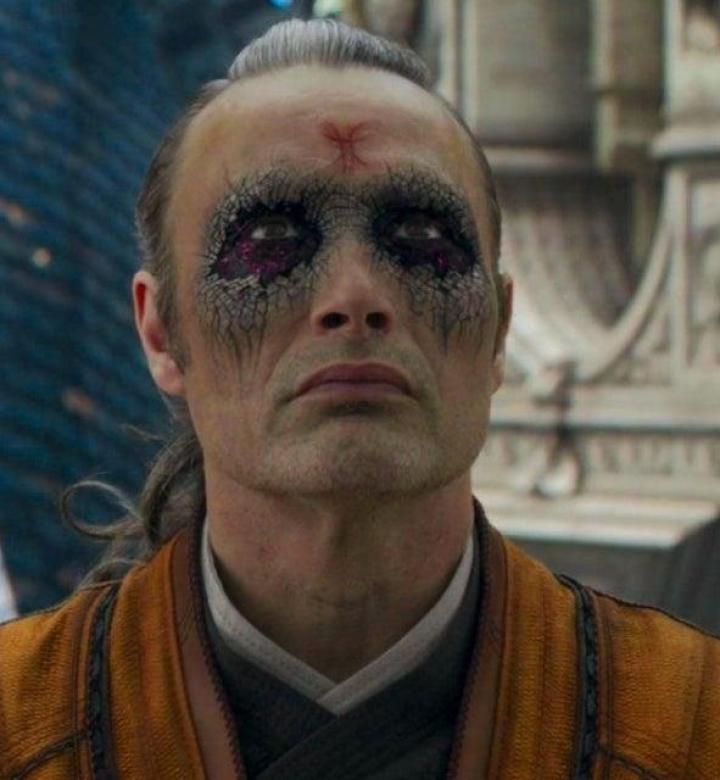 First things first: Just for Mads Mikkelsen in the Marvel Cinematic Universe. This isn't to say that his role as Kaecilius was a bad one but he certainly felt very much like a generic Marvel villain.

Given that we're talking about the sequel to the movie Kaecilius appeared in, Doctor Strange, this is a perfect chance for him to make an appearance and try to get his revenge on Dr. Strange. 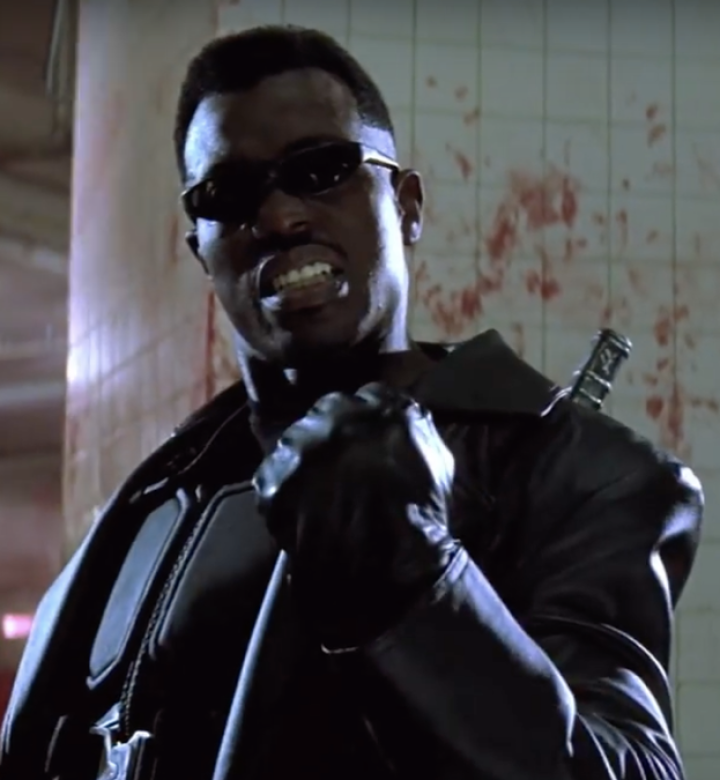 I want it. And I know damn well the world wants it! Wesley Snipes is always attributed for moving the superhero movie genre in the right direction and pushing it into the mainstream thanks to the Blade movies. The MCU is getting a rebooted version of the half-man, half-vampire with Mahershala Ali stepping into the lead role. And I'm totally fine with that.

But I still want to see Wesley come back for one more ride in his best action movie role (in my opinion). This cameo has to be an extended scene of some kind that lets him fight alongside Doctor Strange and Scarlet Witch - I know Wesley still has the goods to whup some magical evildoer ass! That quick tease of the Midnight Sons team would be such an awesome moment to see happen onscreen. 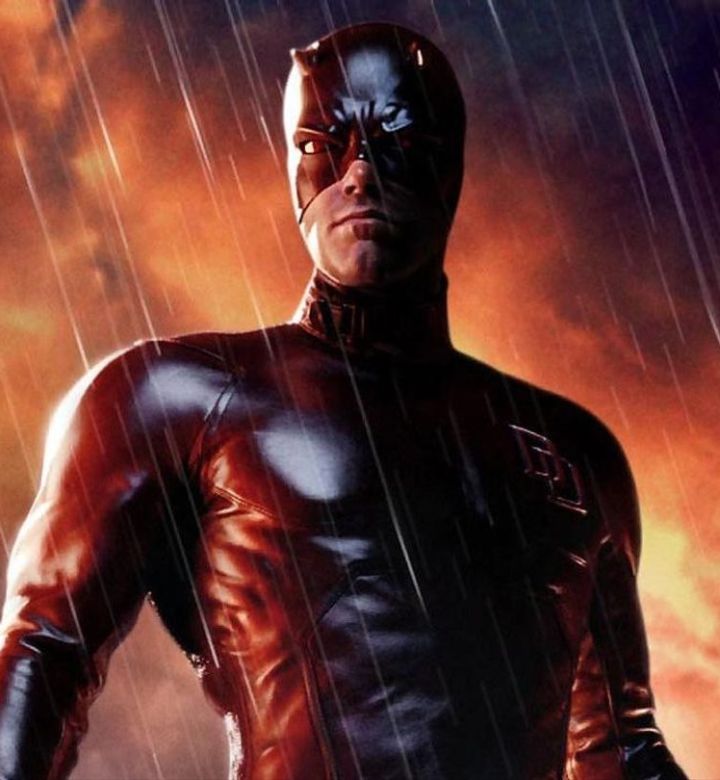 Let me just get this out of the way real quick: the Ben Affleck Daredevil film was really bad. Truly one of the worst movies of all time.

However, much like Mads Mikkelsen, Ben Affleck deserves a redemption story with his Daredevil character. How would a cameo from him exactly work? No idea, but it would still be fun.

This appearance is probably the least likely to happen since Affleck is tied up as Batman and will be appearing in a similar multi-universal story in The Flash but fingers crossed Kevin Feige can work his magic nonetheless.