'For All Mankind' Season 3 Review: A Turbulent, Uneven Trip to Mars 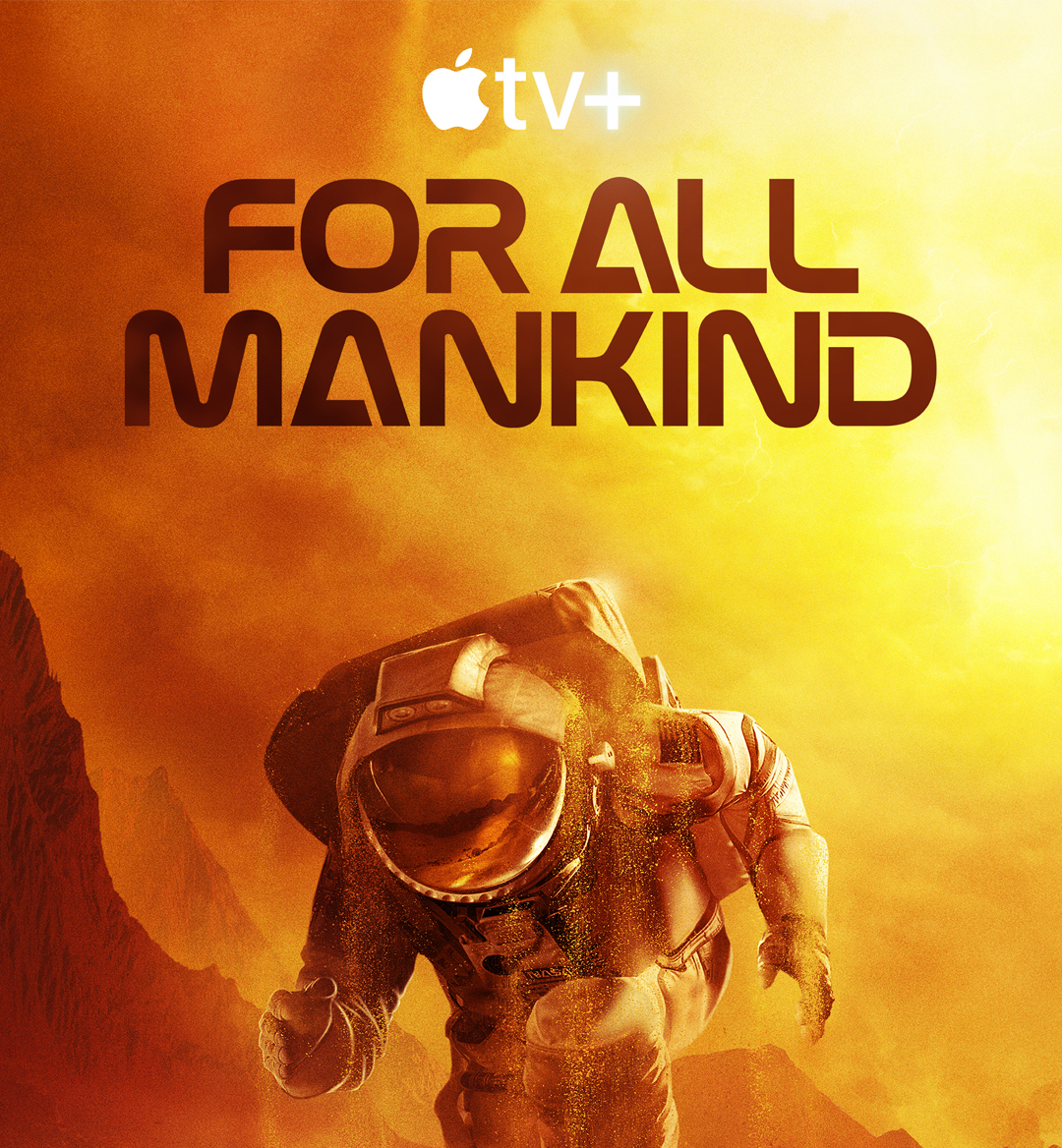 AppleTV+'s series For All Mankind has generally flown under the radar in the pop culture consensus, which is unfortunate considering the first two seasons made for fantastic television.

An alternate history series, For All Mankind explores what might have happened if the USSR beat the United States to the moon and what if the ensuing Space Race never ended. How would humanity progress? How would technology evolve?

The Space Race here has allowed for the advancement of technology at an increased speed, with things like video conferencing becoming the norm even in the 1980s. In addition, the emphasis placed on science and technology successfully allowed humans to combat climate change effectively.

So far, For All Mankind has focused on the moon landings and the establishment of permanent bases by the USSR and USA. It's a new front of the Cold War, and as so much focus is placed on space, historical events in our timeline, such as the Vietnam War, take a backseat in this alternate one.

Unfortunately, season three of For All Mankind, set to premiere on June 10th, fails to capture much of the magic that made the first two entries so great.

Per AppleTV+, "In season three, the Red Planet becomes the new frontier in the Space Race not only for the US and the Soviet Union but also an unexpected new entrant with a lot to prove and even more at stake. Our characters find themselves going head-to-head as their ambitions for Mars come into conflict and their loyalties are tested, creating a pressure cooker that builds to a climactic conclusion."

As seen in the trailer, the "unexpected new entrant" is announced as a private space corporation named Helios. In our world, as companies like SpaceX and Blue Origin begin their attempts to reach space and not be beholden to government oversight, this storyline felt like a natural progression for the series.

Along with the United States and the Soviet Union, Helios and its astronauts aim to be the first ones to land on Mars. They want private citizens to make their mark on history just as much as governments.

It's an intriguing idea for the series; however, the idea is not explored in any depth that makes sense. Outside of the exposition explaining who they are and why Helios is doing this, Helios astronauts become just another crew racing to Mars. The story also loses the believability of "ordinary citizens" heading to Mars when the crew is primarily ex-astronauts from NASA.

The privatization of space does offer some exciting plot points, though, with Helios' founder and CEO, Dev Ayesa (Edi Gathegi,) portraying an Elon Musk type of figure. It's not explicitly said, but there are moments where the importance of Helios landing first on Mars is as much about his ego as it is about exploration.

How Helios interacts with its international competitors also makes for some great moments. Does a private company need to have any loyalty to the United States when it comes to space? Or are they free to do what they'd like to as if it were any other business deal?

Without revealing too much, the questions that these sort of interactions raises often provide some of the season's best drama. 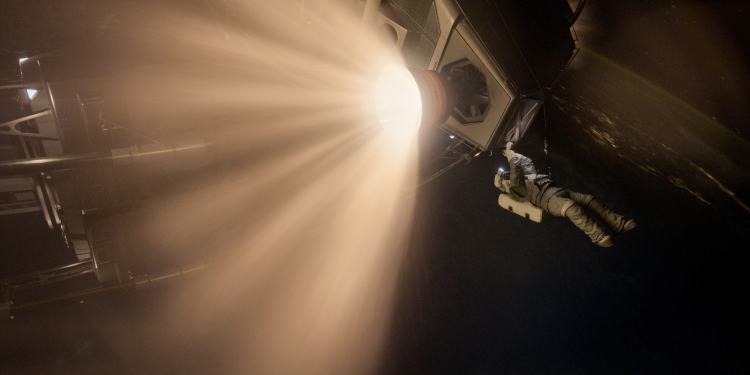 Visually, the show looks as good as ever. With it not actually being filmed in space, on the Moon, or Mars (duh,) the design and set departments had their work cut out for them, and they hit their marks.

The space scenes give you a sense of how alone and in the "wilderness" these astronauts genuinely are. They are headed to Mars for multiple-year missions, and you feel how daunting that prospect is as these ships swim through that endless black ocean. 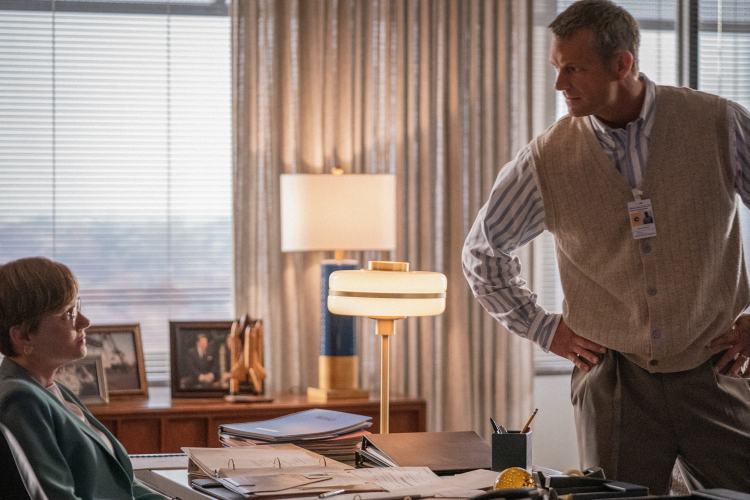 Joel Kinnaman, who plays Ed Baldwin, one of the main characters, is a highlight of the show's acting when it comes to being a serious, gruff, and challenging individual. However, he falls short of coming across as believable when he attempts to do anything that showcases emotions like sadness or grief.

That being said, there is a scene towards the end of the season where he succeeded my expectations when dealing with past pain.
Sadly, Sonya Walger was mostly pushed to the background in the eight episodes provided to the press because her performance as Molly Cobb has always been top-notch. Cobb suffered from a heavy dose of radiation on the moon in season two when she was attempting to rescue a fellow astronaut.

She's now blind but still serving as the Head of the Astronaut Office at NASA. Following the decision of who will command the mission to Mars, she's rarely seen again.

Elsewhere, mainstays such as Jodi Balfour and Wrenn Schmidt, who play Ellen Wilson and Margo Madison, respectively, are as solid as always. Both are forced to deal with the inherent sexism in the organizations they are a part of, Ellen as a US Senator and Margo as the head of NASA.

Krys Marshall, who plays astronaut Danielle Poole, gets plenty to work with this season. Despite being one of the first astronauts to be stationed on the moon and a legend of NASA's space program, she still faces racist attitudes, even amongst those she considers friends.

Even in this alternate history, racism, sexism, and homophobia still play a major part in society. How these characters respond to that bigotry provides some of the season's best moments. 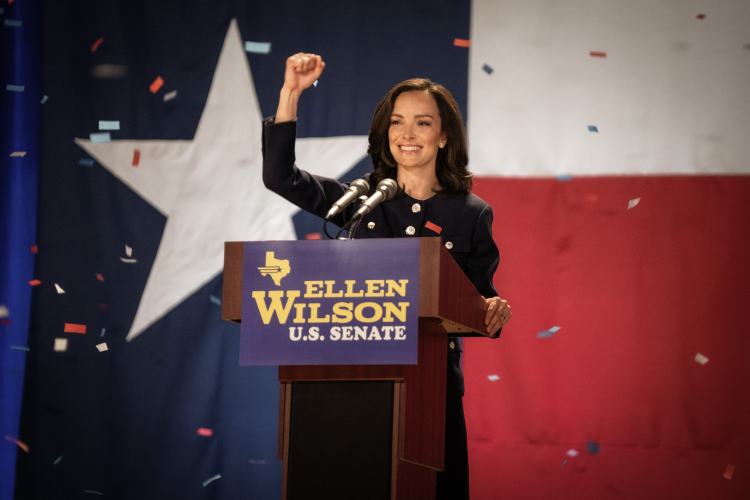 It was a minor issue in an otherwise stellar season two, but Karen Baldwin's (Shantel VanSanten) affair with Danny Stevens (Casey W. Johnson) was a bizarre decision on the part of the writers.

Considering Danny was the son of Karen's friend Tracy and Ed's best friend Gordo, the plot point was almost universally panned. It was only a few scenes, so it likely wouldn't have made much of a difference if they decided to move past it for this season.

This storyline plays a significant part this season, with one character's behavior coming across as frustrating and, in many cases, incredibly creepy. The writers' intent was likely to add a layer of character development to those involved. However, there isn't any real payoff until near the end of the season. Even then, its integration into the season's bigger narrative felt very clumsy. 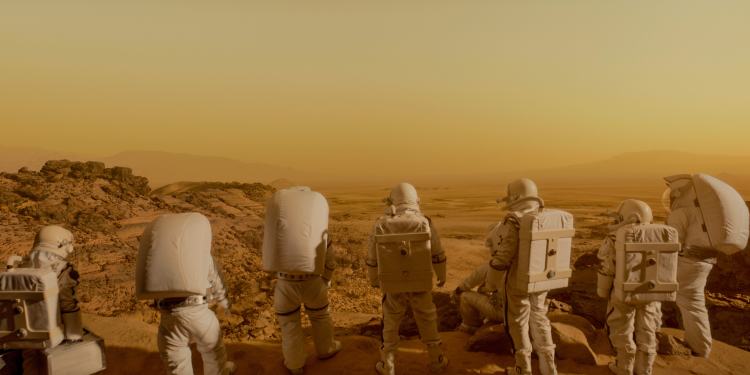 Only eight episodes were made available to the press prior to release, so it is entirely possible that For All Mankind finds its footing as the season wraps up. That being said, it has a lot of ground to make up before the finish.

Speaking as someone who adored the first two seasons, For All Mankind's third journey into space has proven that no series bats 1.000. Some questionable narrative choices and some acting that leaves much to be desired cause the show's quality to stumble but not enough that it isn't fixable.

Season three of "For All Mankind" premieres on AppleTV+ on June 10th, with new episodes dropping weekly.